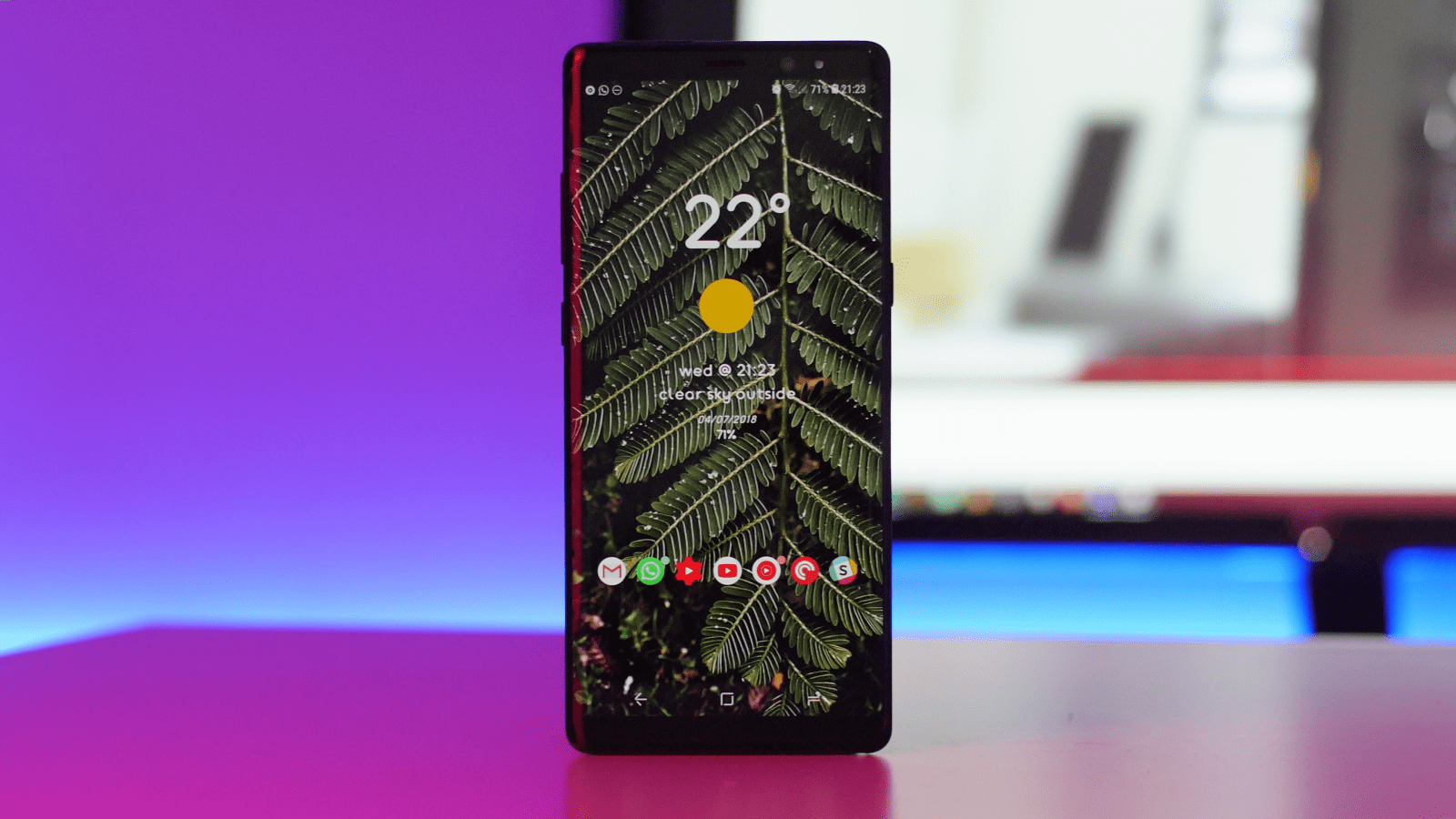 Looking back at Samsung’s return to form with the Note 8 last year, it’s clear that cost was a significant reason it was unable to receive our unhindered recommendation in our initial review.

In this week’s Friday 5, we’re going to take a look at why the Note 8 is now a more compelling option for the budget-conscious tech enthusiast even with the flagship field being a packed one.

For me, it’s still the best big Android phone out there (although as our Stephen noted in his long term review, the Pixel 2 XL is one of our favorites as well). You’re getting an almost unholy amount of screen real estate in a device with a footprint that isn’t much larger than the S9+.

That means when watching videos, you’ve got yourself one of the most satisfying experiences available. Even if the black bars and speakers do tarnish the experience slightly, you can just bang in a pair of headphones so your audio experience matches that screen.

It’s not uncomfortable to hold either; the soft edges don’t dig into your hand and it sits in your palm comfortably if you’re anything above average sized. If you’ve got daintier hands, you’ll likely want something smaller.

Using your finger to control everything on your screen isn’t always the best. Which is why the S-pen is such a good addition, especially for business-related bits and pieces.

I’ve found it to be an extra productivity tool that’s a godsend for signing documents without having your scrawl look like a 3-year olds fingerpainting, plus it’s better than anything available elsewhere. To put it simply, the S-Pen is incredibly accurate. You can actually draw on screen to pinpoint precision.

Personally, it has upped my Snapchat game to new heights, which is great as you can now tell what I’ve attempted to draw. But no matter how we try and spin it, it’s pretty much still just a jazzed up stylus — remember when those were still a thing? Yeah, me neither.

The S9+ might have that dual aperture goodness, but at least in my experience, the quality isn’t justifiably superior. With the Note 8, you get the same sensor as the S9+, which produces almost identical photos. I am also a fan of the telephoto zoom lens which is really great for getting a little closer to the action for better photo framing.

The pictures are superb, a nice punchy, vibrant color with that textbook ‘Samsung’ look and feel — meaning I’ve been less inclined to put a filter on before sharing to Instagram or Facebook. Basically, Note 8 still has one of the best smartphone cameras on the market and only bettered by a very select few handsets, many costing quite a wedge of cash more at this point in time, I’ve definitely not felt envious of any camera out there (bar the Pixel 2/XL).

Obviously, Samsung makes the very best displays on the market; it’s probably why even Apple trusts them to supply panels for the iPhone X. It looks gorgeous, no matter what angle you look at it from, deep blacks, rich colors and an insane 1200 nits brightness level all combine to make a stellar display that is clearly visible and enjoyable in direct sunlight.

18:9 is clearly the aspect ratio for flagships (and the midrange) going forward, and the QHD+ resolution (2960 x 1440) display is as good as it gets in terms of pocket-sized displays, but that doesn’t mean it’s unwieldy. It’s comfortable to hold and at 6.3 inches not only is it one of the best, it’s one of the biggest too. As I’ve said earlier, those with small hands probably need not apply.

I was concerned about performance dips after prolonged usage, which thanks to the Touchwiz bloat bogging down the software/hardware handoff put me off a few older Samsung handsets. Luckily it seems that Samsung has listened to us, meaning they’ve toned down the entire Samsung Experience to get out of the way and cause way less hassle and hinderance.

I’m pleased to say the Qualcomm Snapdragon 835 (Exynos 8895 on European variants) processor and 6GB of RAM really help pull this device along. It’s taken everything I’ve thrown at it and still comes back for more.

With the recent update to Oreo 8.0, the whole device feels much snappier and responsive than it did at launch, just a hair short of the S9+ which is almost unnoticeable in day-to-day usage. It’s even snappier with a third party launcher installed too FWIW — I only ever recommend Nova Launcher at this point, the rest struggle to compete.

Beyond these five key selling points of the Note 8, there are quite a few reasons that, should you be in the market for a new device, seriously consider this productivity beast.

Now available at marked down prices, you get all these benefits without the accompanying expenditure or need to wait in line come September when the Note 9 is rumoured to be released. I say rumor, as it’s pretty much nailed on for a September release to match the 2017 release schedule.

A refurbished model now costs just $594 on Amazon. That’s a seriously good bang-for-your-buck rate that you’ll be lucky to get with a brand new smartphone.

At release, I struggled to get decent quality accessories and extras at good prices beyond stumping up a fortune on some of the stale official option. The Note 8 has now been out long enough that we’ve surpassed the issues I had with just a few cases and one viable screen protector.

You’re literally spoilt for choice at this point; there’s a wealth of Note 8 accessory options, plus they’re now cheaper and more reliable now they’ve been on the market for some time. Personally, I recommend anything made by Spigen, with the Liquid Air Armor being my main pick. It’s saved me from a few drops in the past and adds that grip you lose with a skin or without any form of glass back protection.