Over the weekend, we spotted that the “Save to Google” extension for Chrome was set to be discontinued next month. The reasoning behind that is still unclear, but the scheduled deprecation of another Google-made extension makes more sense.

Back in 2014, Google set out to improve how Chrome manages bookmarks with a browser extension simply named “Bookmark Manager.” It replaced the default, and added a more spaced out interface that used cards and featured a cover photo for each save, as well as the ability to add notes. This “new modern UI” was aimed at making it easier to sift through dozens of pages.

In comparison, Chrome’s default bookmarks experience was very barebones and compact. It only consisted of simple lists and basic search. The extension promised “search powered by Google” that would scan not just the page title and URL, but also the contents of sites.

Like with “Save to Google” — which “Saved” pages as part of a built-in Search feature — the Bookmark Manager is set to shut down on August 15, 2018. The two extensions were updated on July 19th to add a warning when users bookmark a page.

In the case of this latest extension, the discontinuation is understandable as Google revamped Chrome’s bookmark feature with Material Design last year. This made the interface easier to browse, while search is prominently featured in the app bar. Meanwhile, Bookmark Manager has not been updated to match the latest look.

We’ve reached out to Google for a comment and explanation on these coinciding deprecations. 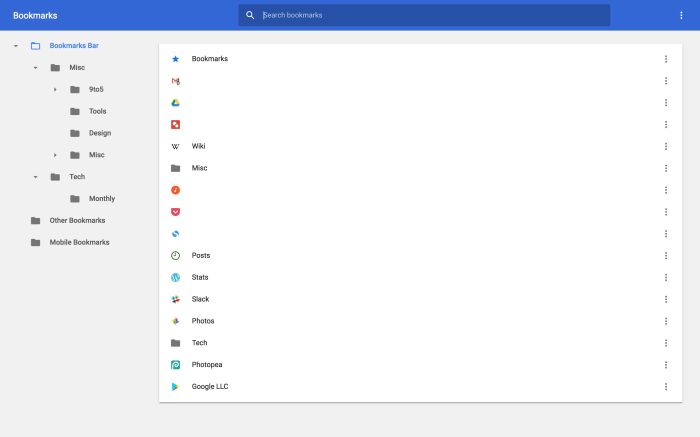 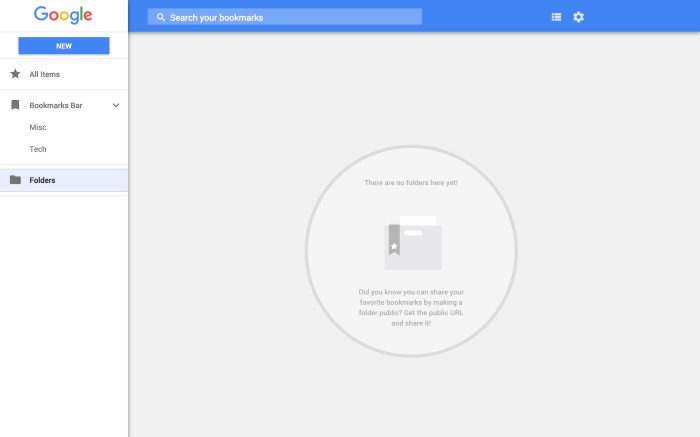 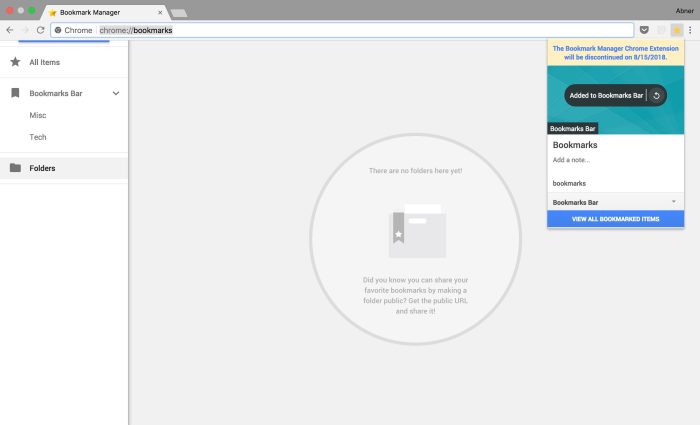