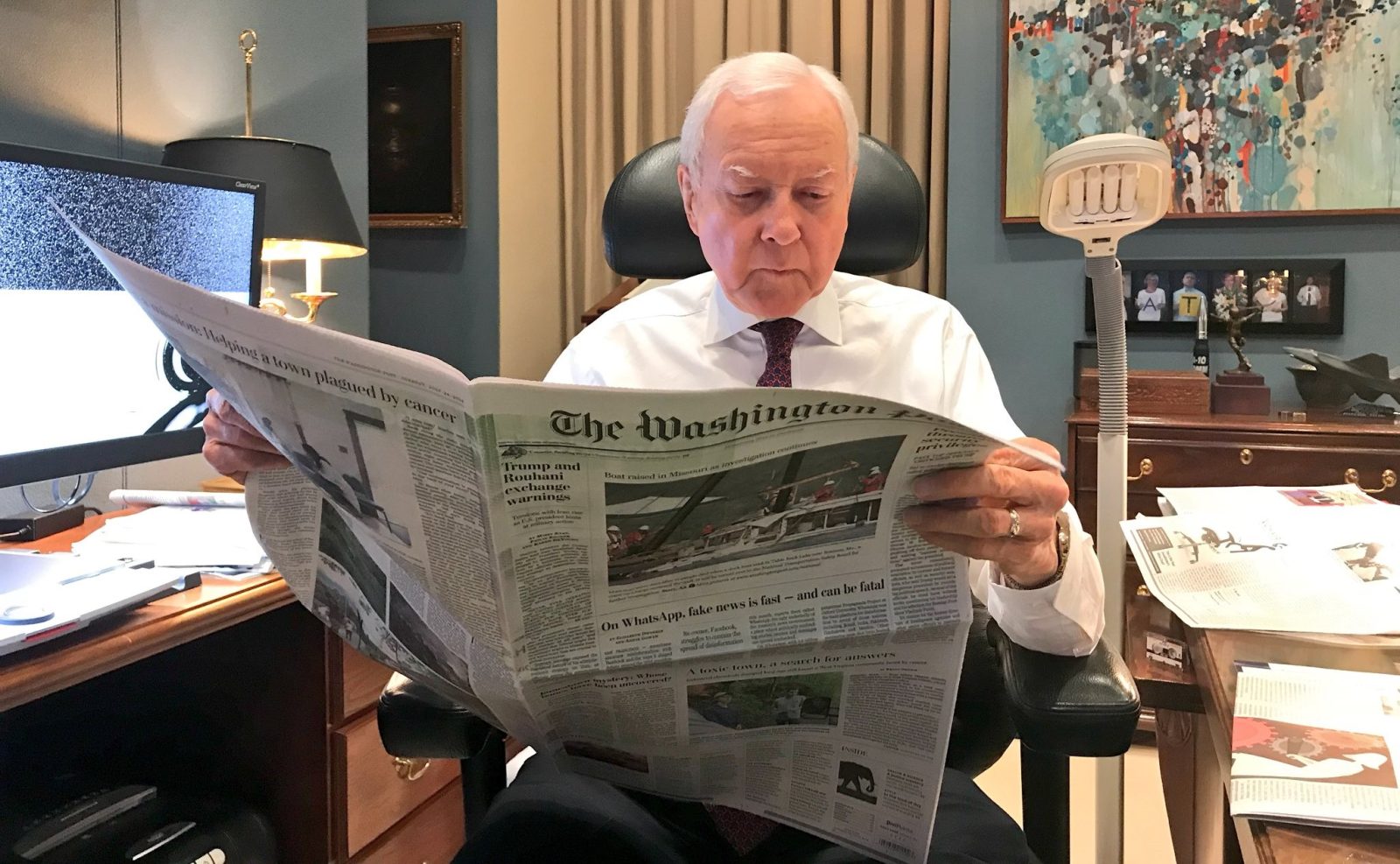 The externally-sourced Knowledge Graph in Google search has been known to make some mistakes, but its latest is particularly embarrassing. Apparently, recent Google searches suggested that US Republican Senator Orrin Hatch was dead, even though he is… not.

Obviously, the subject of the conversation was whether he is in fact deceased, to which Hatch provided ample evidence to the contrary. The account shared images of him reading the newspaper, signing bills last week, and eating bacon at his birthday party last March.

In this case it’s unclear what caused Hatch’s death to be wrongly pronounced (on a seemingly random date of September 11th, 2017, no less), but the good news is that it’s fixed now. The Knowledge Graph now rightly shows his birth date: March 22, 1934 (age 84 years) and no accompanying death.

The normal process of getting your information sorted in Knowledge Graph profiles for famous figures involves attempting to correct the source of the incorrect data (if obvious), updating official websites, and if necessary, using the feedback button.

Presumably, Hatch’s tweets got Google’s attention in this case.

This morning, Hatch poked more fun at Google. “Grateful to be alive,” he said.

Catching up on the news this morning, grateful to be alive. pic.twitter.com/YDrYQowQlN