Fuchsia Friday: How Fuchsia could ease into the Google ecosystem 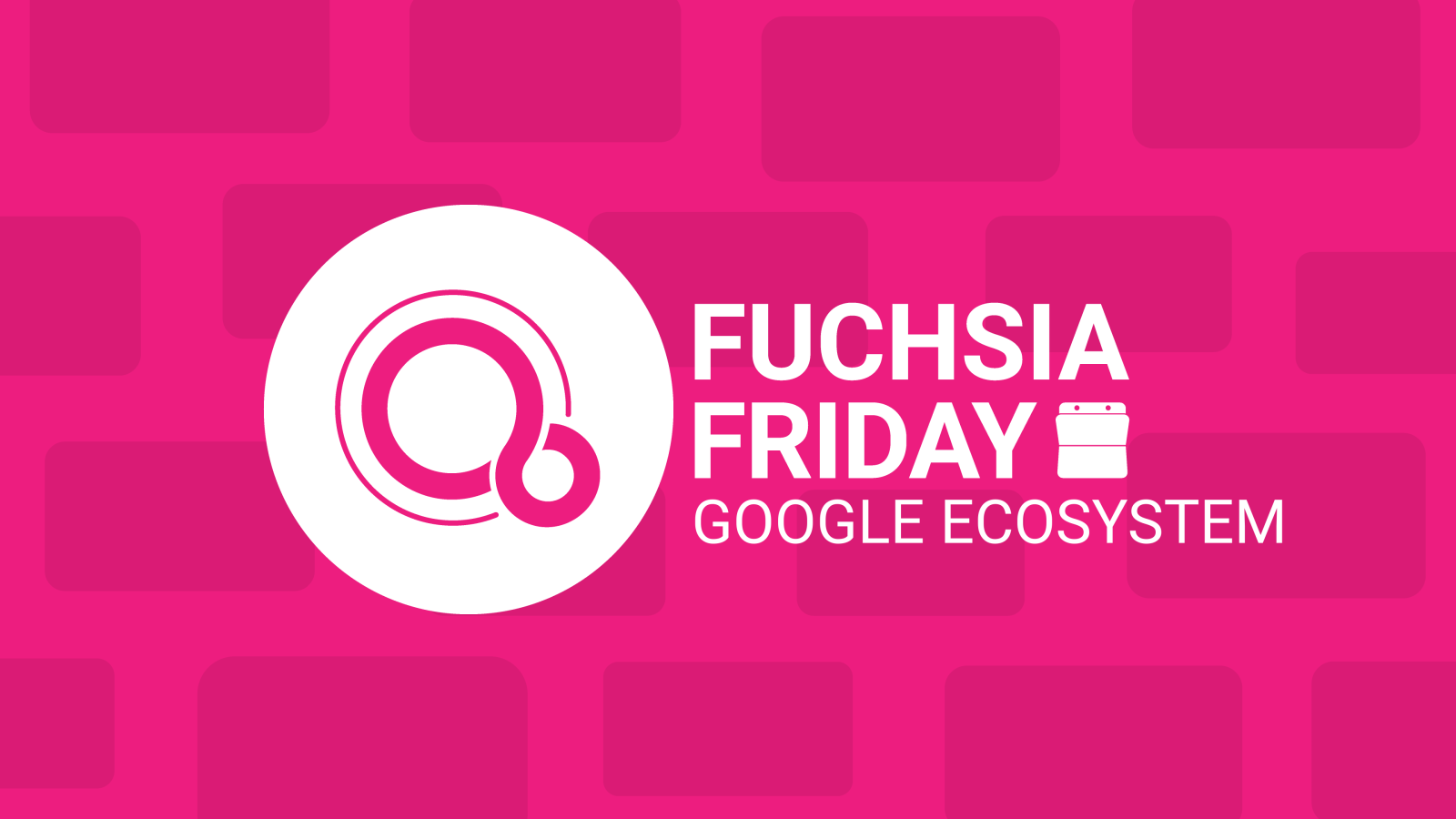 Many of you have seen the reports claiming Fuchsia will replace Android within the next 5 years and have shared understandable concerns about how Google can so swiftly replace such a core piece of their ecosystem. This week, we take a look at where Fuchsia might fit in and how Google could make it a smoother transition.

If the report is to be believed, one of the first official Fuchsia devices we should see is a smart speaker coming within the next 3 years (we’ve spotted a device we think might be a smart speaker in the source, codenamed Gauss). To prepare for this, Google is hard at work integrating Fuchsia with the comforts offered by today’s Google Home. Easily, the most important aspect of the Google Home is the Google Assistant, which we’ve known for some months is in the works for Fuchsia. There’s no reason for the Assistant to be any different on Fuchsia than the Google Home we have today.

Beyond that, though, for a new smart speaker to be worth buying, it needs to be able to interact with the devices we already have, especially ones on Android. Part of that is the simple things that we take for granted, like Bluetooth, for which Google has already created automated tests to ensure Bluetooth connectivity will work between Fuchsia and Android devices, going forward.

Work is also being done to be able to treat some Fuchsia devices like a Chromecast (audio-only, for now), opening them up to the world of existing Chromecast-compatible music, podcast, and audiobook apps.

It’s not clear if “Gauss” is indeed a forthcoming Fuchsia-running product at all, but it seems like just a clone of the Google Home from what we can tell. Such a device would do good to prove the OS’s viability in the real world before making the move to more important and complex devices.

There are potential issues with such a transition, though. No one would buy a new Google Home — one that only does everything their old Google Home did — just for a new operating system that they can’t even see. So who knows? Google could just not care that everyone has the Fuchsia-running Home immediately and could pretend the underlying OS hasn’t changed at all, or maybe there’s a killer feature that only a Fuchsia-powered smart speaker can bring to the table.

The big question, though: If Fuchsia’s first devices integrate well, what about the big switch from Android to Fuchsia on phones, supposedly happening in about 5 years?

First, you shouldn’t need to worry about whether or not you can bring your apps with you. Google is already developing native Fuchsia apps for some of its core products, including YouTube and a Google Chrome port which has been in the works since March 2017, and that’s only what has leaked out so far, as their proprietary apps are not developed in the open. And although it has not yet been confirmed, Fuchsia seems to be getting support for the Android Runtime, which would mean the majority of Android apps should work normally on a Fuchsia phone.

But if you’re still concerned about possibly being forced to switch operating systems, just keep this in mind: if Fuchsia truly has a five-year plan, you can bet Android has one too. Android Go is part of Google’s ambitions for the “next billion users,” who normally do not have the kind of stable network connectivity that Fuchsia seems to rely on. Until Fuchsia finds a way to reach those markets, Android’s development will be unimpeded. It’s also highly unlikely that third-party manufacturers would, all at once, stop making Android phones in favor of Fuchsia. Even once the last Android device has been made, it will have to be supported with security updates for at least a year or two.

Surely, the transition will take years to be fully complete. If you don’t want to switch from Android right away, the option will almost certainly be available for you not to. Fuchsia’s use of Flutter as its primary app framework means not only can apps made today for Android & iOS be easily ported to run on Fuchsia, but apps made for Fuchsia can be designed to maintain compatibility with Android and iOS. Remember, there’s always the possibility that Fuchsia will simply end up being marketed as a new version of Android. There’s a lot we still don’t know at this point.

Whichever side of the fence you fall, it’s important to remember that we’re talking about something that’s likely years away from happening. And for Google, that’s more than enough time for plans to change, new developments to be made, or a better transition to be designed. In the meantime, we’ll keep sharing our latest findings and thoughts on Fuchsia here, every week.

What are some of your personal holdouts in regards to Fuchsia — things you want or need it to do before it has any hope of replacing Android in your day to day life? Or is there anything in particular you want to know more about Fuchsia? Let me know in the comments.