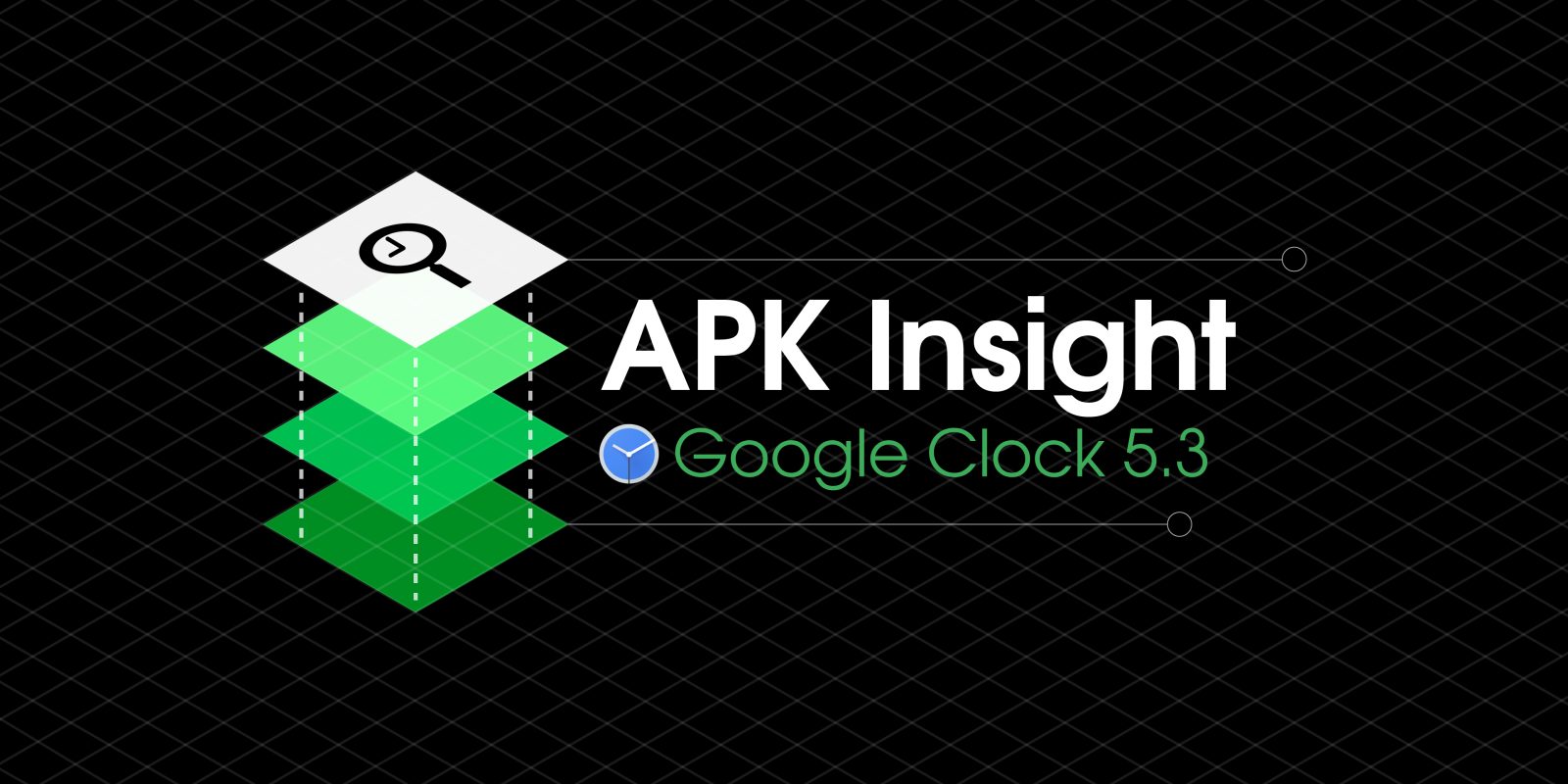 Google announced yesterday that Android’s default Clock app is adding musical alarms courtesy of a new Spotify integration. Version 5.3 with that functionality is rolling out now and features some small visual tweaks throughout the app.

If you don’t already have Spotify for Android installed, the “Alarm sound” page will open a Play Store prompt to download it. Once logged in, users will be asked to “Connect” their account and grant permission in Spotify to “The Clock app by Google.”

The new Spotify tab first lists your “Recently played & selected” songs, albums, and playlists based on your listening history in the streaming service. Underneath are various morning-themed playlists grouped in categories like “Rise and Shine,” “Lazy Mornings,” “Morning Workout,” and more. Each item features an overflow menu to open the full listing in the Spotify app. 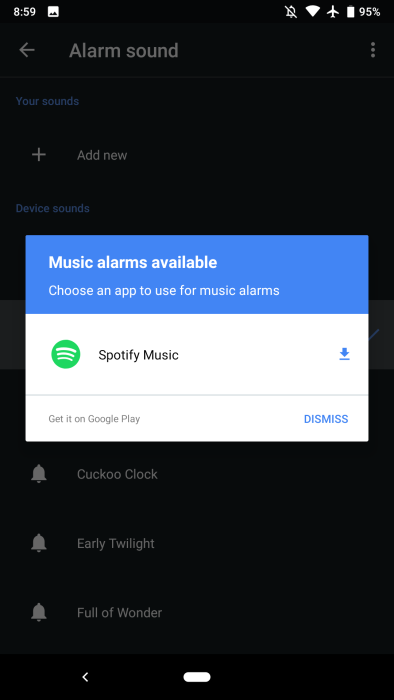 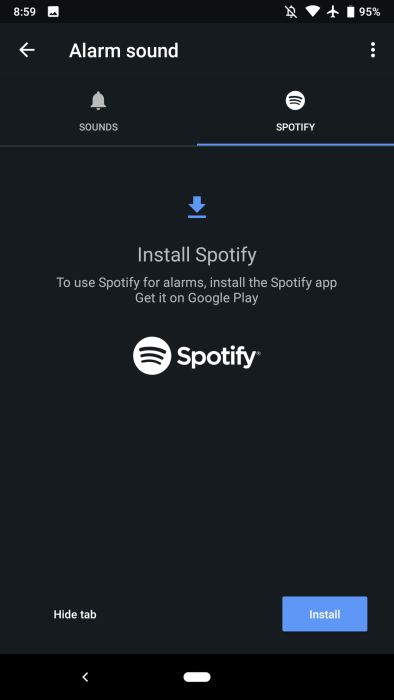 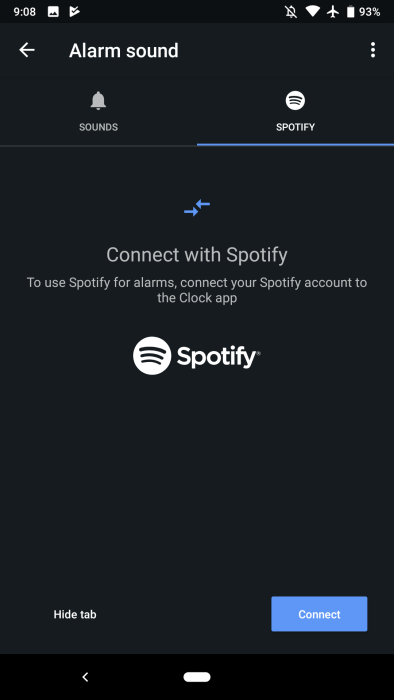 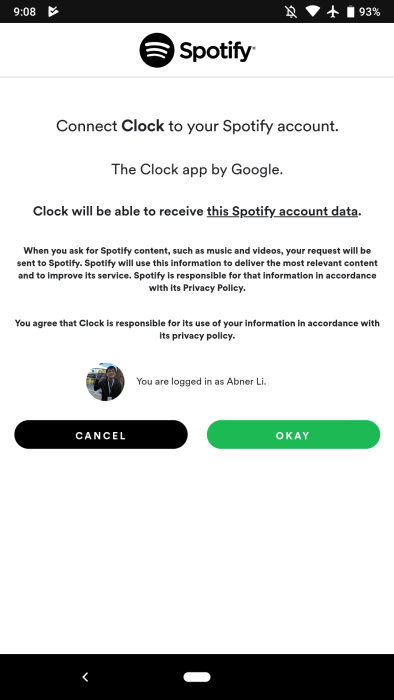 When the alarm triggers, the Clock app uses album artwork of the selected song as a background, while the track name is listed at the bottom. A playback notification from Spotify remains as you dismiss the alarm, thus allowing users to quickly continue listening.

Meanwhile, as we confirmed yesterday, YouTube Music subscribers will soon be able to integrate the service with Google Clock. 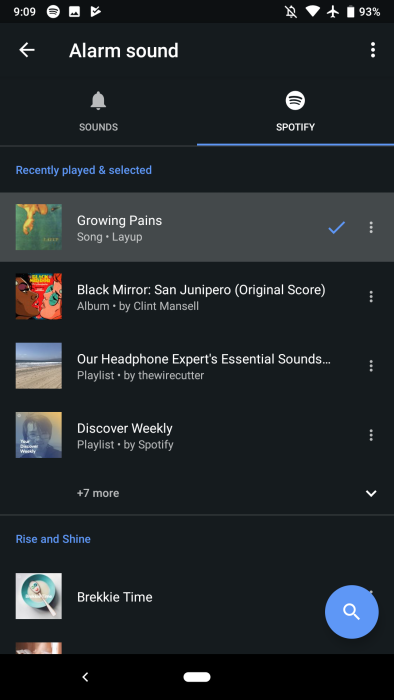 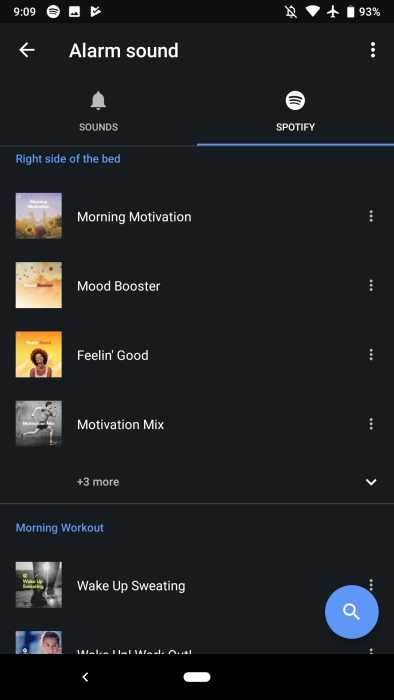 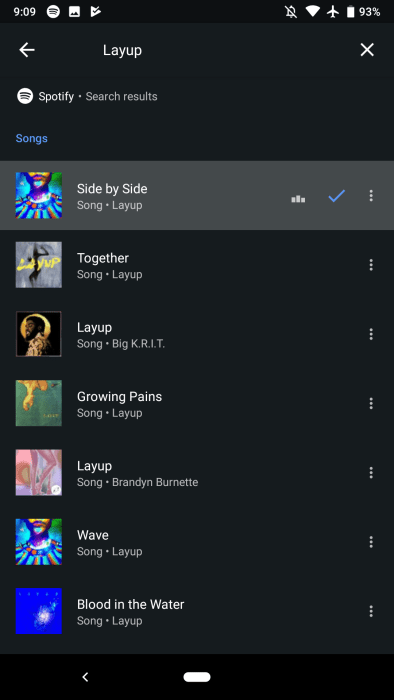 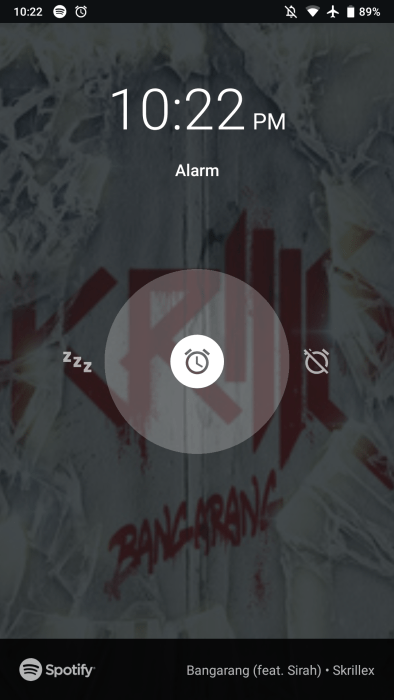 Clock is the latest Google app to add support for the next major version of Android.

A new blue underline in version 5.3 makes it obvious what section you’re currently viewing in the app. It works in conjunction with the delightful miniature icons that animate as you select a tab. 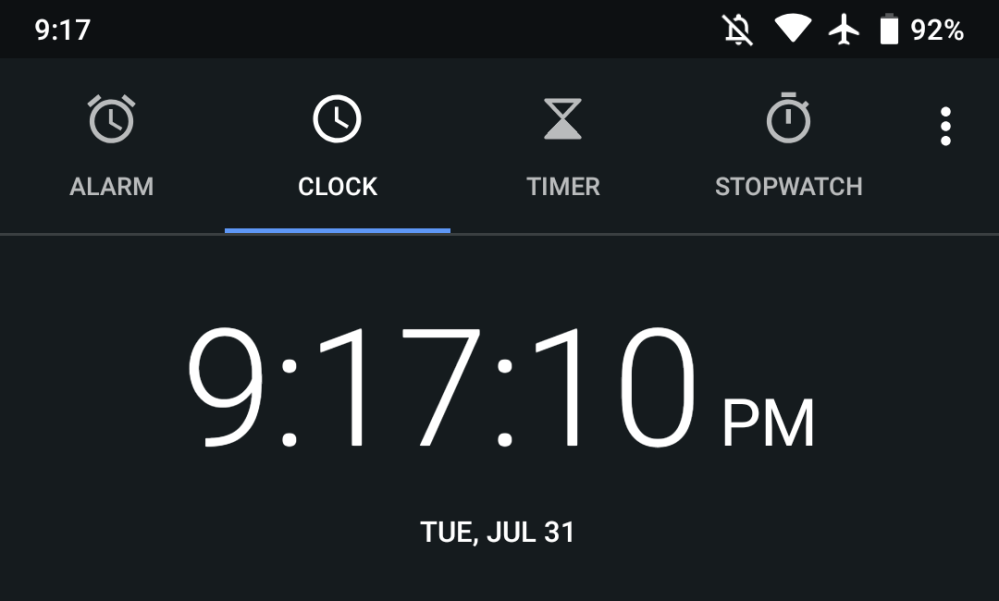 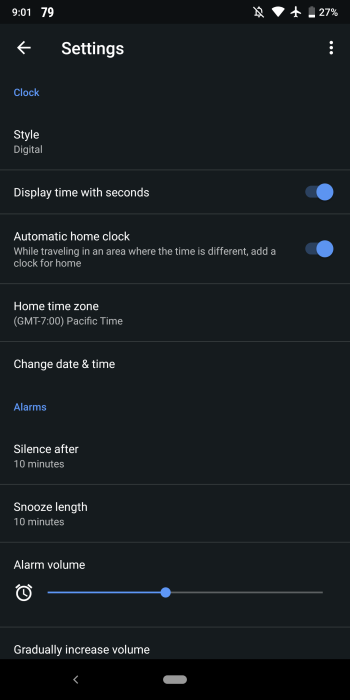 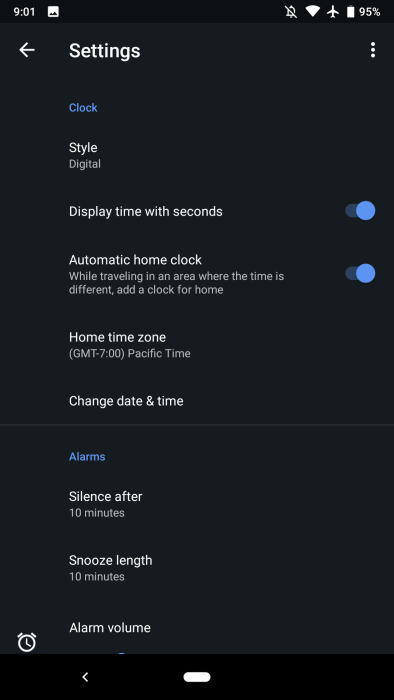 Version 5.3 of the Google Clock is rolling out now via the Play Store. We do not post APKs to download directly given the legal challenges associated with copyright and possibility of removal. Meanwhile, that model moving forward is perilous given upcoming system-level changes from Android App Bundles and Google Play’s Dynamic Delivery.