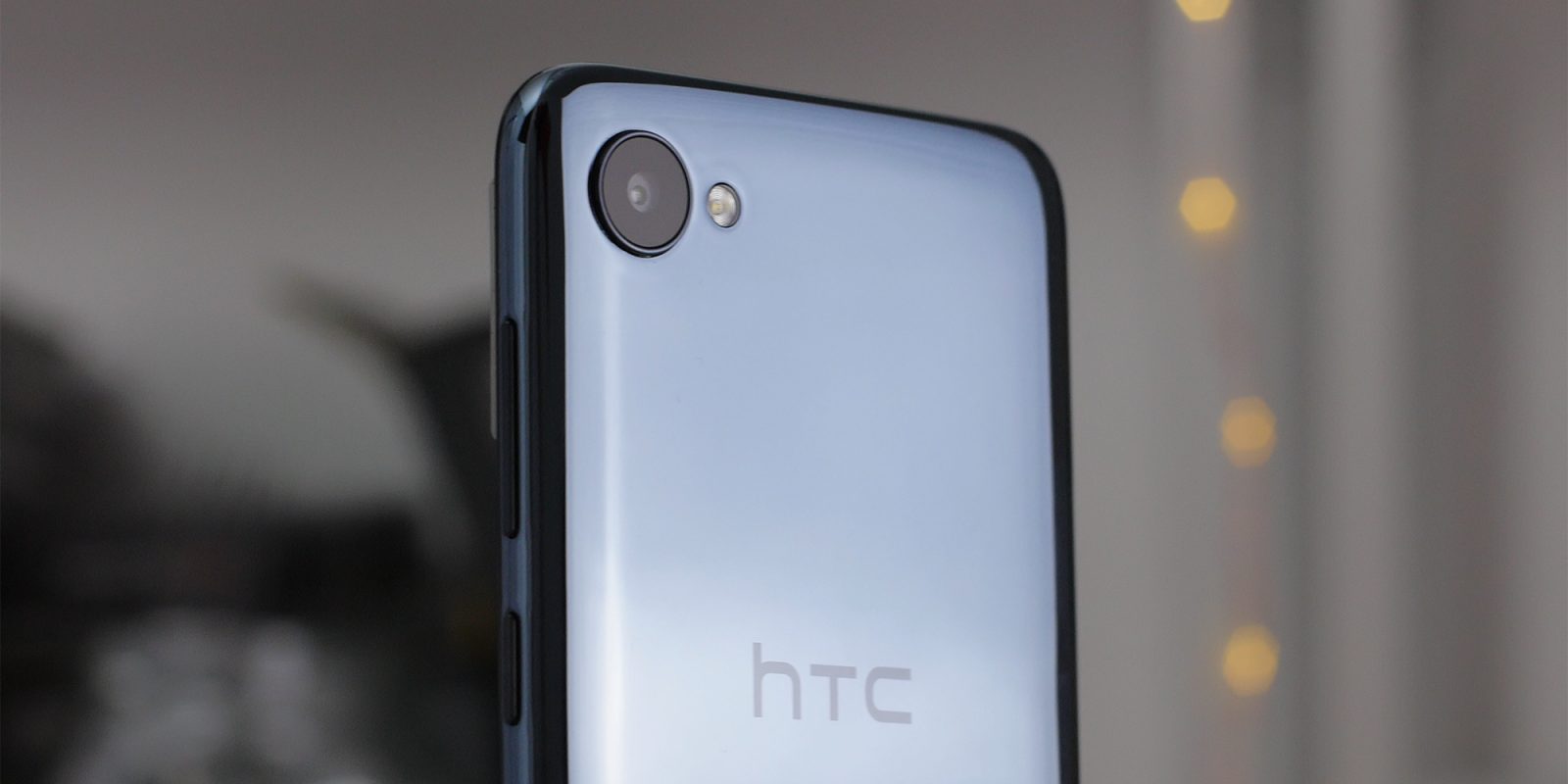 Mid-range smartphones aren’t what they used to be — the gap between middling performance and affordable price-tag is now closer than it ever has been.

Unless you plan on keeping a phone for a seriously extended period of time, or want the highest end specifications or camera, then you seriously might be better off towards the true middle market of the smartphone arena.

HTC’s recent releases, the Desire 12 and 12+, hit that ‘budget’ price point. Personally, I’m unsure if they can stake a claim for the crown of best budget smartphone with the HTC Desire 12.

The HTC Desire 12 sits kind of between the ‘budget’ price point and this ‘mid-range’ region, it sports a unibody design and includes that ever-so-popular multi-tone backplate that seems to be the flavor of the year, and it’s priced at just $239 off contract, which makes this around half the price of the OnePlus 6.

At a low entry price you’d expect the rear camera to be equally average, but it’s a 13-megapixel sensor with a maximum aperture of f/2.2. More on the quality and capability of this camera later.

There are only 3 physical buttons: up and down volume controls and a sleep/wake button on the right side. Each button has a nice feedback but the volume rocker does wobble a little bit. If you were hoping for a fingerprint scanner, unfortunately, that’s exclusive to the 12+ model. There’s also a distinct lack of NFC connectivity, which is probably attributed to the lack of fingerprint locking security.

I thoroughly enjoy the style of the backplate — it looks really good and has multiple tones that become visible in a variety of lighting conditions. Because it’s mainly plastic, it has managed to pick up a few minor scuffs — fingerprints are also a major issue. I personally wouldn’t want to put this in a case though as it still comfortable to hold without being overly slippery. The whole plastic unibody design does feel lightweight at the very least.

To be completely honest I quite like the plastic build, as you feel less worried about dropping or breakage as much as with metal and glass. This has to go down as a major benefit over so-called premium materials.

You get what you pay for…

HTC opted to stick in the MediaTek MT6739 CPU — a quad-core processor clocked at 1.3Ghz — to be the main driving force behind the cheapest device in the new Desire line. Running an almost stock version of Android 7.1.1 Nougat out of the box, it really shouldn’t need a beast of a CPU to perform. The problem is that the CPU cost-cutting measures quickly become apparent if you’ve used anything that could be considered high-end since 2016.

Dripping in HTC Sense UI, the alterations are not quite as light as with OnePlus’ OxygenOS — but they pale in comparison to Samsung Experience. These alterations find a sort of ‘happy medium’ that doesn’t get in the way too much, but it really does seem to alter the usability experience. I instantly noticed sluggishness before I’d even installed an application, right after setting up and plugging in my SIM card for the first time. The main navigation menu started to creak under the invisible strain of pulling up my app drawer was almost instantly apparent and didn’t leave a good first impression. 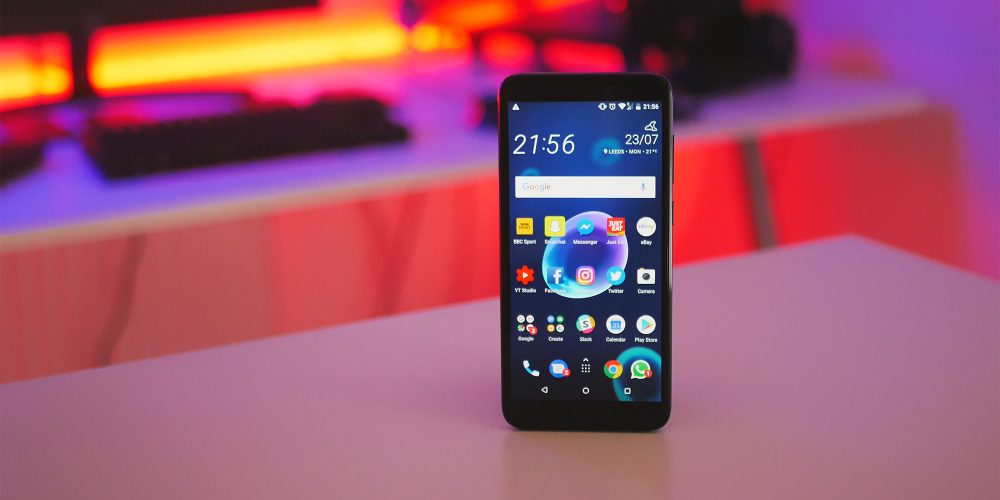 Things do and will begin to pick up — possibly once the phone was warmed up — but this first impression was indelibly inked into my mind from the outset. From here I fell back into my usual trap of installing Nova Launcher and things instantly felt snappier, but still not quite perfect. Personally, I didn’t find the Sense UI all that inhibiting. The overall experience is just a little bit cumbersome when compared to the speed of true stock Android. Maybe the inclusion of Android One might have been a better decision, but it’s one we’ll likely never find out.

It’s clear that I’ve been spoiled by expensive smartphones in the past. App switching becomes a real chore when you want to switch between more than a few applications at once. Stutters are frequent, as are hangups and hold-ups when opening applications for the first time. I’m not personally sure if this is an issue with RAM management or simply the CPU not being up to scratch.

You’d hope that HTC is willing to update the software. Android Nougat is nearly two years on now, which puts into context certain OEMs lack of speed in updating even recent hardware. I’d be lying if I said that I was expecting Oreo to make it to the Desire 12.

Gaming performance is average — and whilst I’m not a mobile gamer per se — 3D graphic intensive videogames seemed to run without too many major hiccups. It’s likely the Desire 12 won’t be making the list of Fortnite compatible phones once it’s officially announced for non-Note 9 users later this year either. If you’ve come for performance, then I’d suggest investing your money into a used device. The original Pixel can be picked up for around the same price as this HTC.

Personally, I believe the display — alongside the shiny backplate — is one of the ‘real’ core selling points of the HTC Desire 12. I expected to find the 720p panel low-res or not up to the standard I’d become accustomed to after using the Note 8 as my ‘main’ device for the past 12 months. But I was blown away with how impressive it looks when you consider the price of this smartphone. 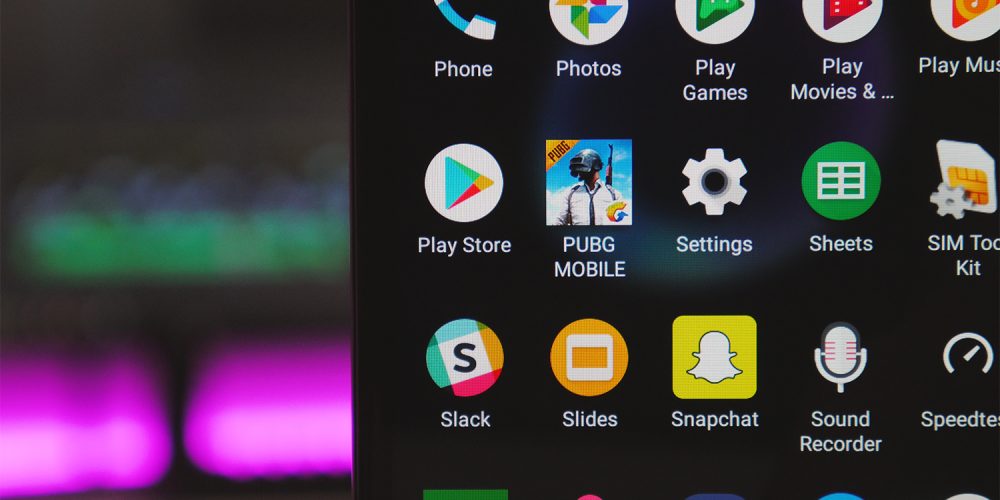 Yes, there are budget devices with better displays, but I found the viewing angles are great. The contrast and the deep blacks do made it a pleasure to look at throughout the day. I’ve come to love slightly smaller screen  — still boasting that 18:9 aspect ratio — and honestly I didn’t miss the edge-to-edge display on my usual Note 8 throughout the time I made this my main device.

On the flipside, in bright sunlight or direct light, it becomes a little hard to decipher what you’re looking at. That being said, not many phones do too well in that regard. To be completely honest, the screen is easily one of the highlights of the Desire 12 in my extended usage period.

The battery isn’t great, and that is putting it politely. Usually, modest hardware puts less strain on the battery, meaning in theory you should get extended battery life. The 2730mAh capacity just hasn’t been enough throughout my extended time with this phone. I’ve had the battery basically freefall sometimes without warning, making me wonder if there’s a rogue app open sapping the battery. I still haven’t got to the bottom of these random battery drains either. I could forgive the battery not lasting all day if the charge time was quick. But the Desire 12 is not quick charge compatible, which means long trickle battery charges and more frustration waiting for it to replenish.

Giving yet taking away…

Some headphones come bundled in the box, so the headphone port is safe from the cost-cutting done elsewhere. Not that they are great sounding. I do like the port being at the bottom though, as it makes more sense when putting in and out of a pocket. I didn’t expect anything other than micro USB for the charge port, but it’s really disappointing that quick charge isn’t possible. Slow charging is just another area you feel a little cheated, even when this costs under $250.

Middle of the road…

An area that has really improved on cheap handsets over the past few years, the camera on the Desire 12 is never going to win awards or find itself near the top of any DxO Mark leaderboard. That being said, this thing does an admirable job in various lighting conditions. I’m constantly frustrated with myself for not taking more pictures when I visit places, so having a solid quality picture that simply captures a specific moment is a must for me. The rear-facing camera produces some great pictures, and HTC’s camera controls are great for simply taking a quick snap. I’d feel pretty confident using this on vacation or a short trip without access to a dedicated camera.

In almost every case, the result is usually more than good enough for my usage. It’s true, you won’t achieve breathtaking photos, but when most of us will only share pictures on Instagram you’ll get more than enough data from an image to get a decent end result. Video is a slight stumbling block as you can only record at 30FPS at 1080p. I didn’t expect 4K recording, but I hoped the quality would be good at the very least.

When you can get used smartphones with better hardware, a superior camera and performance for around the same price, then it becomes increasingly difficult to recommend taking a closer look at the HTC Desire 12. There’s no doubt that the design is impressive. But the overall experience is slightly lukewarm. It’s available in two distinct colors, both of which are great looking, but not enough to warrant you buying. Honestly, I’d say go for a slightly older device. I’ve mentioned the original Pixel, and with good reason. You’d get an up-to-date version of Android, great battery life, good build quality, a good screen and an exceptional camera. Plus it’s technically still a HTC smartphone.