Google announced a flurry of Assistant news at I/O 2018 with the first part for phones rolling out last month. “Visual snapshot” is already very reminiscent of Google Now and about to get even closer with a swipe up gesture for quicker access beginning to roll out.

In May, Google laid out three new principles — inspired by Smart Displays — for Assistant on phones: immersive, interactive, and proactive. The latter rolled out with “Visual snapshot,” while the former two involve full-screen interactions with some providing in-line controls.

Assistant — as shown again with last month’s Visual snapshot launch — will slide up a shorter panel when users press and hold on the home button or say the “Ok Google” hotword. It will remain compact as Assistant listens and transcribes your query, or if you just want to open the keyboard, take a screenshot, or open Google Lens. The Assistant logo is now smaller and at the top-left corner, while there is a new sharper speech bubble design.

At I/O, Google demonstrated how Assistant would reply to a user’s request with a full-screen answer. For example, a Google Search would feature a bolded header, full-screen image, and longer text description, while smart home commands could feature a dial to adjust the temperature. 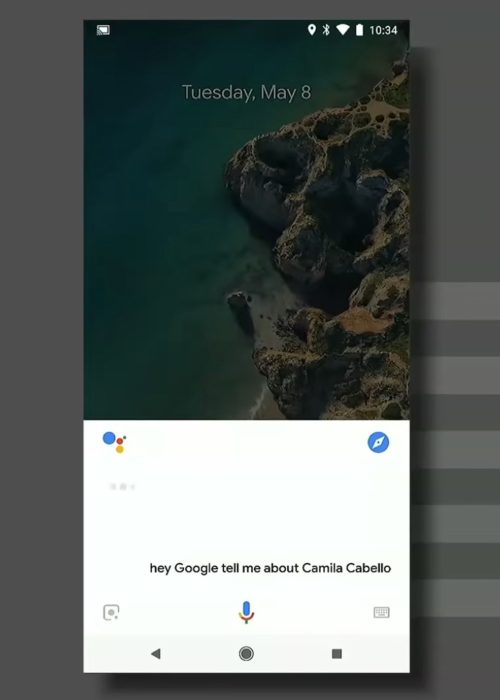 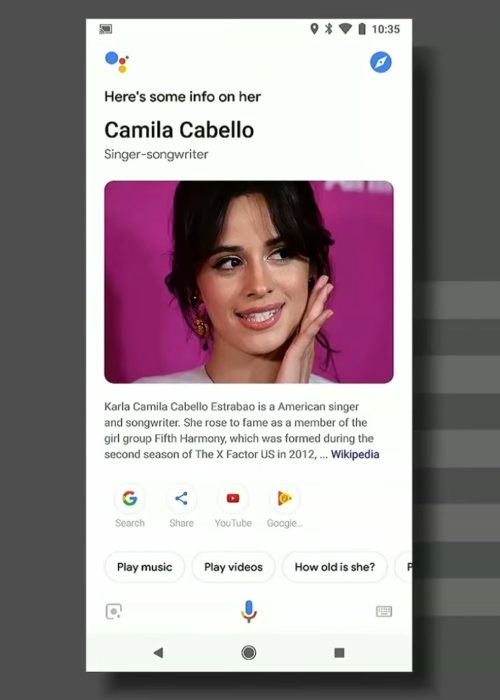 Google is not yet rolling out this last part to make Assistant immersive and interactive, but is starting to test the more compact Assistant panel, as spotted by Android Police.

In past APK Insights, we’ve managed to enable some of these elements, but today’s screenshot shows off a final design. Namely, new icons for Explore and Upcoming/Visual snapshot, suggestion chips with light rounded Material Theme outlines, and bolder fonts.

However, the most important functionality confirmed today is the ability to swipe up on this compact Assistant to open the Visual snapshot. Above the panel, Google notes how you can “Swipe up to see your updates.” This replaces the ability to see your past interaction history with Assistant, but is more convenient in the long run.

This new design has yet to appear on any of our devices running the latest Google app beta (8.15), but appeared for AP on version 8.13. 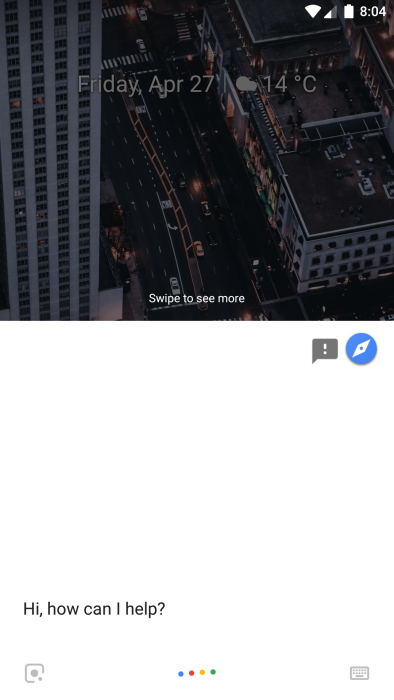 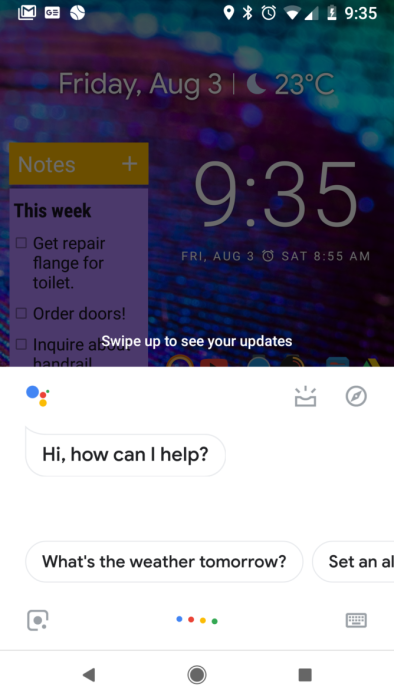