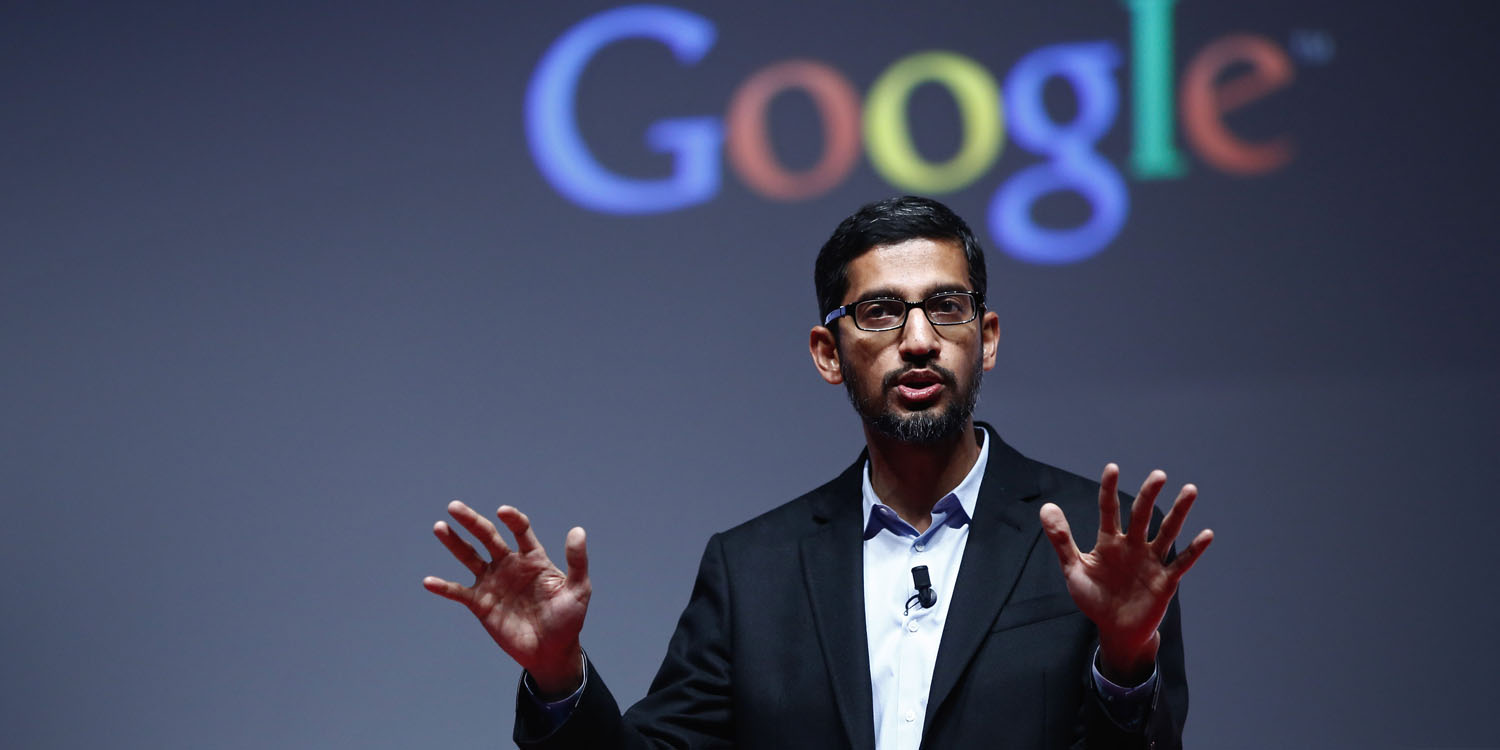 A report that Google is planning to relaunch its search engine in China, giving in to government demands for a censored version, has understandably triggered a huge amount of opposition to the idea – not least from its own employees.

Google CEO Sundar Pichai and co-founder Sergey Brin have responded by saying that while they are looking at how to do more business in China, the company is ‘not close’ to relaunching its search engine there …

The WSJ reports that the comments were made at a weekly all-hands staff meeting.

Pichai defended to employees the internet giant’s controversial push to do more business in China but said the company is “not close to launching a search product” in the country, according to a person briefed on the comments […]

At the meeting, Google co-founder and Alphabet president Sergey Brin sounded optimistic about doing more business in China, cautioning that progress in the country is “slow-going and complicated” […]

Brin said the company has launched a number of products in China over the past eight years, such as a file-management app and a search engine for academic research. He said the decision-making around such projects requires “a certain set of trade-offs.”

Of particular concern to Googlers was that The Information reported the company planned to use a censored news-aggregation app as a way of proving to China that it would comply with the rules before relaunching its search engine in the country.

The crux of the employee argument is that Google is forgoing its principled stance to make information freely available, and not censor content. In 2010, Google — led by co-founder Sergey Brin — famously decided to stop self-censoring content on behalf of the Chinese government after state-backed hackers broke into the Gmail accounts of human-rights activists.

Brin said at the time that he saw some of the same ‘earmarks of totalitarianism’ as he had in his native Russia.

Employees created a petition urging the company to be more transparent about its plans, and to follow its own ethical principles.

Google isn’t the only company to face difficult decisions with regard to China: Apple has also found itself in a similar no-win position.