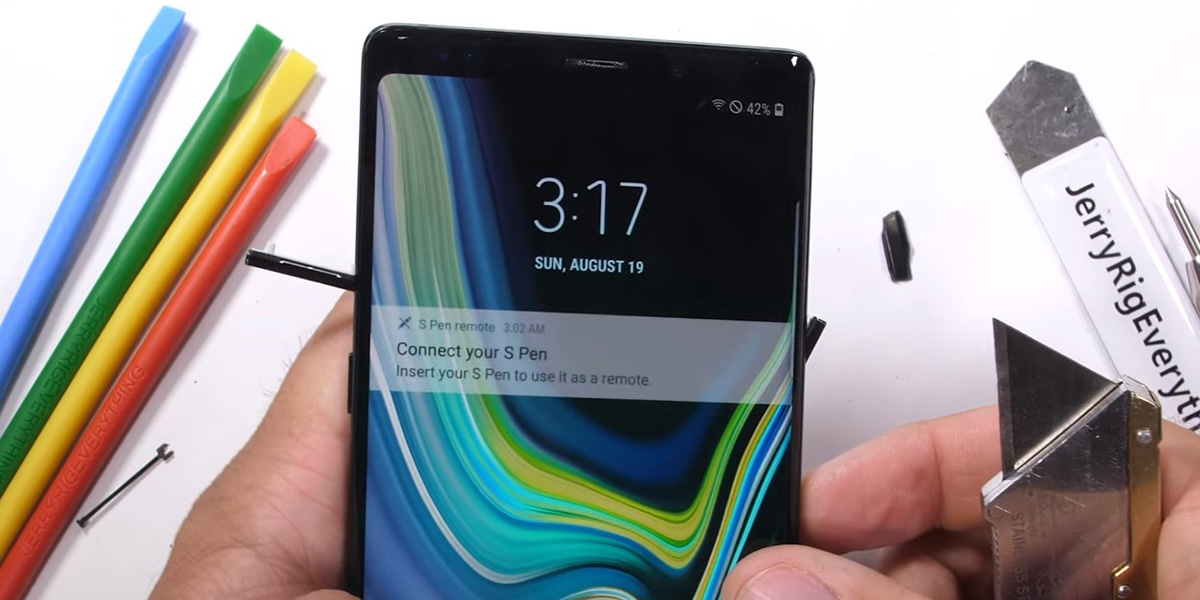 Samsung’s hardware for the past several years has honestly been nothing short of impressive. The company really turned things around from the plastic they were once known for, and now with the Note 9, things aren’t changing one bit. Although, interestingly, all of the buttons can be easily removed.

YouTuber JerryRigEverything today published a durability test of Galaxy Note 9, torture-testing the phone with scratches, bend tests, and, as usual, fire. Long story short, this phone is really tough for a glass/metal sandwich, holding up to the bend test without so much as a flex, and withstanding scratches just as well as any other phone. The plastic S-Pen was pretty easy to break, but overall the Note held up really well.

One interesting thing that was discovered here, though, was that all of the buttons on the phone are pretty easy to remove. While testing the metal construction of the phone, Zack from JerryRigEverything found out that the buttons could be popped off fairly easily. Of course, they can also be replaced pretty easy, but it’s a little surprising to see that such as crucial part of the phone can be removed like that.

Zack mentions in his video that the buttons probably won’t pop out if you drop the phone or anything like that, but he does joke that your co-workers could easily steal your buttons and leave your device without those crucial controls. One bright side, though, is that it’s pretty easy to completely disable Bixby…