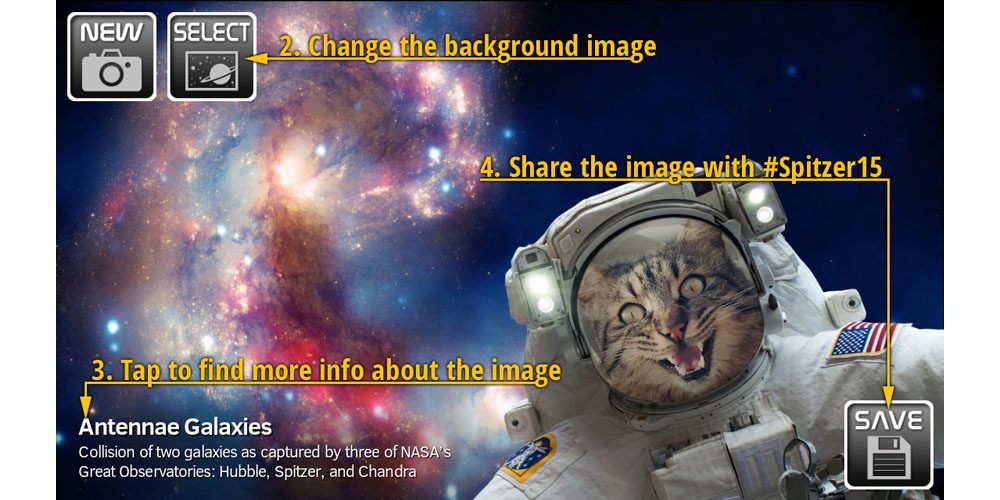 If selfies in front of famous world landmarks don’t cut it any more, NASA now lets you go one better: a new app lets you take selfies in space …

Sadly the Jet Propulsion Laboratory app doesn’t include a boarding pass for a rocket trip – just the ability to take a photo and digitally insert it into a spacesuit.

The new NASA Selfies app lets you generate snapshots of yourself in a virtual spacesuit, posing in front of gorgeous cosmic locations, like the Orion Nebula or the center of the Milky Way galaxy. The simple interface means you just snap a photo of yourself, pick your background, and share on social media.

You can pose in any one of 30 stunning photos taken by the Spitzer Space Telescope, which is celebrating its 15th anniversary this week. Working in the infra-red spectrum, Spitzer was the first telescope to see light from a planet outside our solar system. NASA says Spitzer has also made important discoveries about comets, stars, exoplanets and distant galaxies.

NASA Selfies is is a free download from Google Play.