Super Chat is YouTube’s way of allowing fans on a livestream to pay so that their message is more prominently highlighted. A new “for Good” variant allows 100% of purchases to automatically be sent to a qualifying nonprofit chosen by the creator. While Super Chat for Good is already available, the other three features YouTube announced today are in beta testing for a limited number of accounts.

Fundraisers display a “Donate” button directly below the video player that details the campaign with a bar and countdown to note progress. This built-in web and mobile feature is more useful than displaying a static link or even mentioning a URL during the video.

Tapping provides more information with descriptions and links, while buttons at the bottom of the screen lets viewers select an amount to donate. YouTube handles logistics and payment processing, with transaction fees covered by Google during the beta. 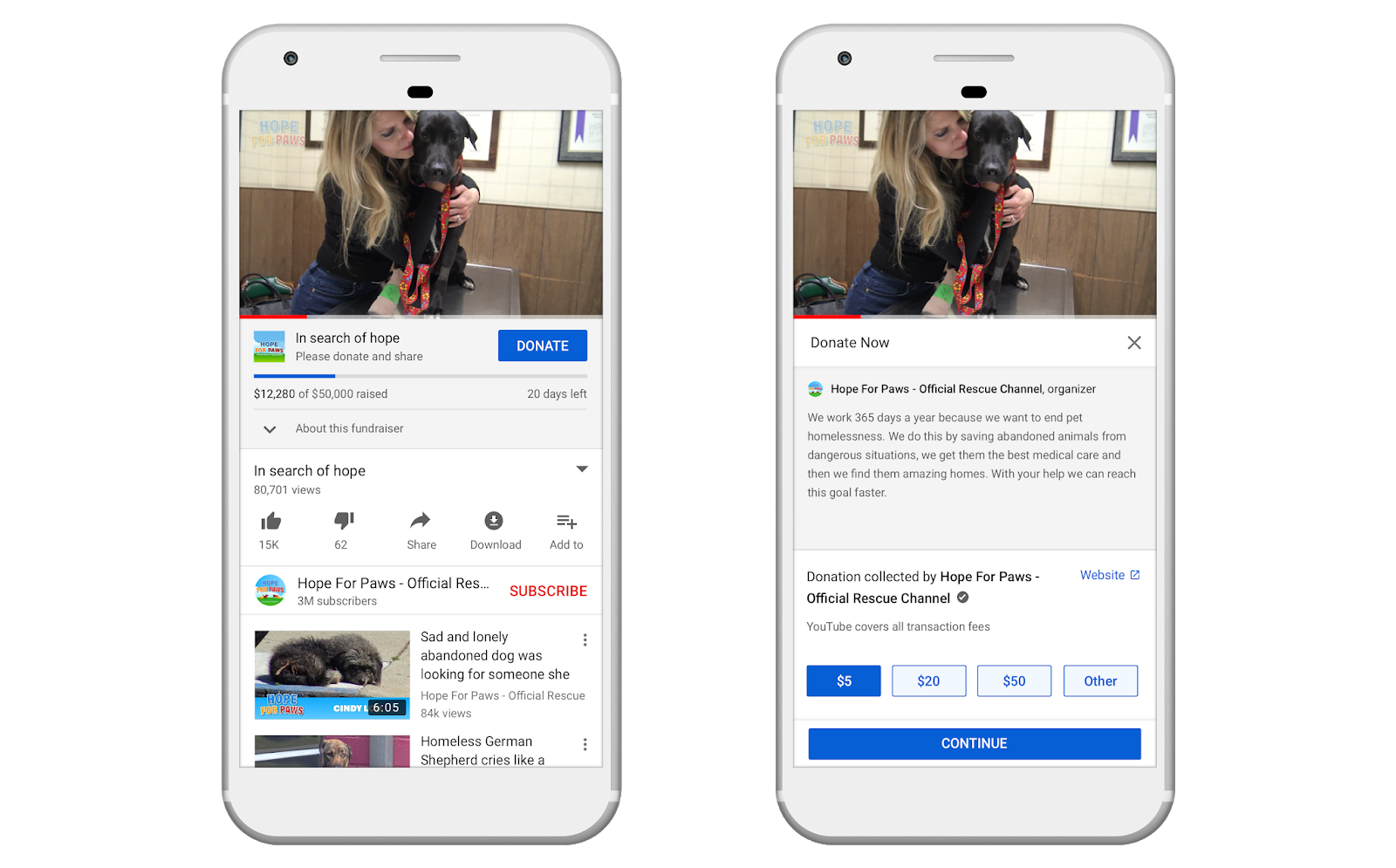 Meanwhile, Community Fundraisers allow multiple creators to co-host an event with the Donate box appearing on all participating channels and displaying a cumulative amount. The last feature in beta is launching over the coming weeks and will allow for Campaign Matching.

This beta feature will display matching pledges from other creators or brands directly within the Fundraiser to help inspire more fans to get involved and maximize impact. As with the above betas, access will roll out to additional creators in the coming weeks.