Android turns 10, but here’s a look at the Google device that came ‘Sooner’ [Gallery] 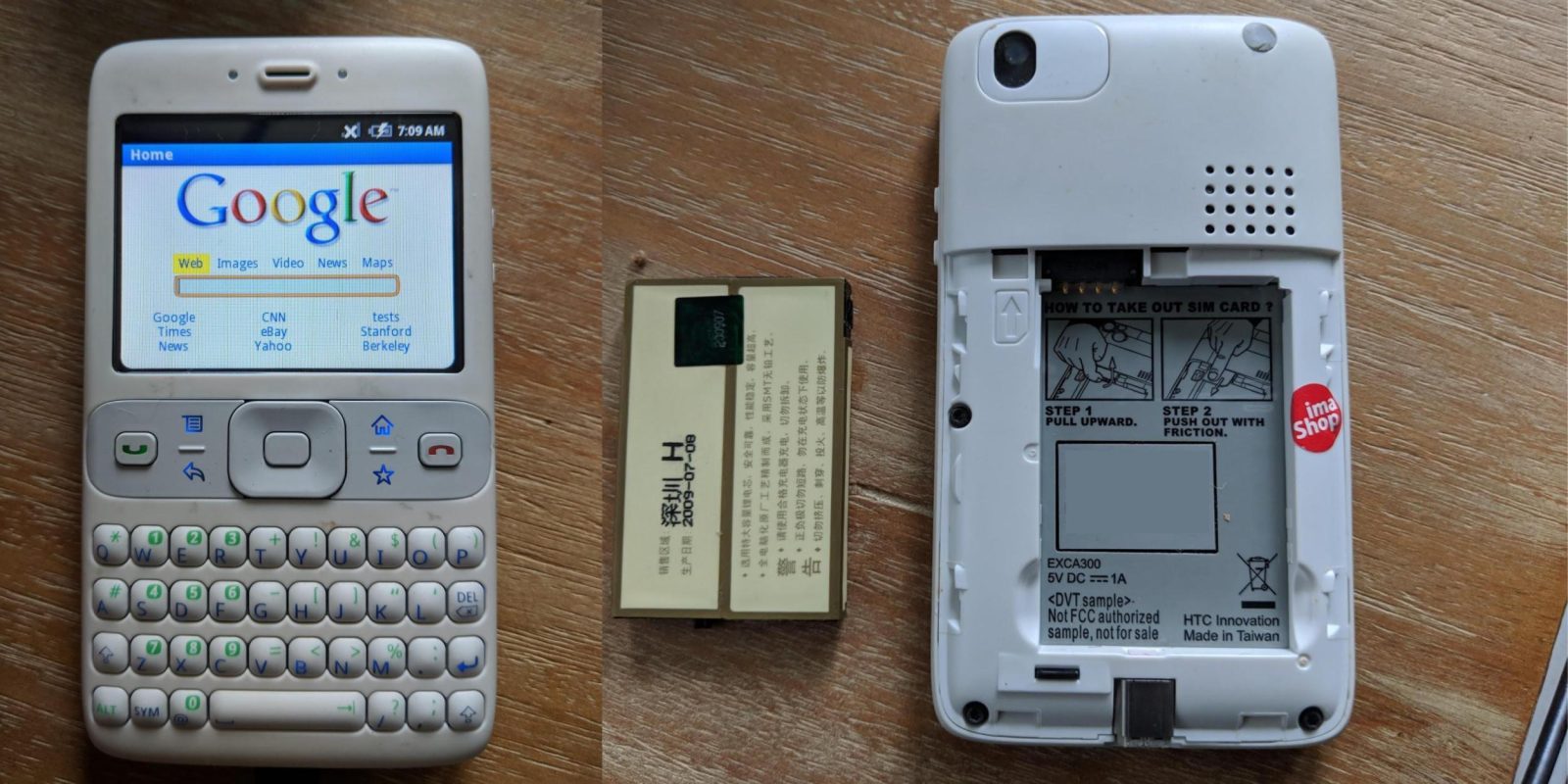 Ten years ago this week, Larry Page and Sergey Brin rollerbladed into a press conference where T-Mobile, HTC, and Google announced the world’s first Android phone. However, before the G1, codenamed Dreamer, there was another reference device that Google used to develop the operating system: Sooner. We recently had some hands-on time with the hardware and the early OS it’s running.

If the name is any indication, this BlackBerry-esque device came first and was considered the “safe/fast device,” according to Diane Hackthorn of the Android engineering team. However, looks are deceiving, with the Googler noting that both devices were “basically the same,” save for the form factor.

Lacking a touchscreen, Sooner was based on an existing device, the HTC EXCA 300, according to Steven Troughton-Smith. Its 320×240 LCD is powered by a TI OMAP850 processor with 64MB of RAM. This Design Verification Test (DVT) sample is “not FCC authorized” and “not for sale.”

A D-Pad is immediately underneath the screen with four surrounding backlit shortcuts for menu, back, home, and favorites, as well as pick-up and hang-up. Below is a full QWERTY keyboard with rather elevated and rounded square keys. In addition a white variant, a black model was also produced and used by Googlers.

Flipping to the rear, there is a 1.3 megapixel camera with no flash and back plate that houses a removable battery and SIM card slot. The right edge features a volume rocker, while there is another physical button on the left side above the mini-SD slot. Lastly, the bottom houses a mini-USB port.

On the software front, Diane Hackthorn again notes that Sooner features “the same Android that would run on Dream.” While lacking a touchscreen, the Sooner devices “would already be able to react to touch input if they received it.”

Dreamer, what became the G1, was considered the “risky/long-term device” and was ultimately what Android launched on. Sooner as a consumer product was dropped “well before the iPhone announcement,” but continued to be used for development purposes.

The boot animation on Sooner is a red dot moving horizontally back and forth across the screen, with the process taking quite some time to finish. A rudimentary lock screen features an analog clock with the Google logo underneath. The top status bar features the time, battery status, and cell signal.

Clicking Home opens a fast app launcher that features a status bar and carousel of app icons below. Available apps include an Address Book, Camera, Browser, Gmail, Google Talk, Maps, Notes, and Text Messages. Clicking down will open a more traditional grid of “All applications.”

Apps launch with a neat little animation that begins with the icon at the center of the screen expanding to fill up the entire window. A strip under the status bar notes what application you currently have open.

A browser titled “Home” on Sooner opens the Google homepage with the ability to search Web, Images, Video, News, and Maps. Below are a list of shortcuts to popular websites on the web.

Android 1.0 was officially unveiled on September 23, 2008. A decade later, the landscape has significantly changed with the smartphone dominant and democratized. The industry is already turning to the next big thing from wrist-worn wearables to devices on your face.

Regardless, Sooner should provide a sense of how the first prototypes always look quite different from what ends up becoming ubiquitous and taking the world by storm.