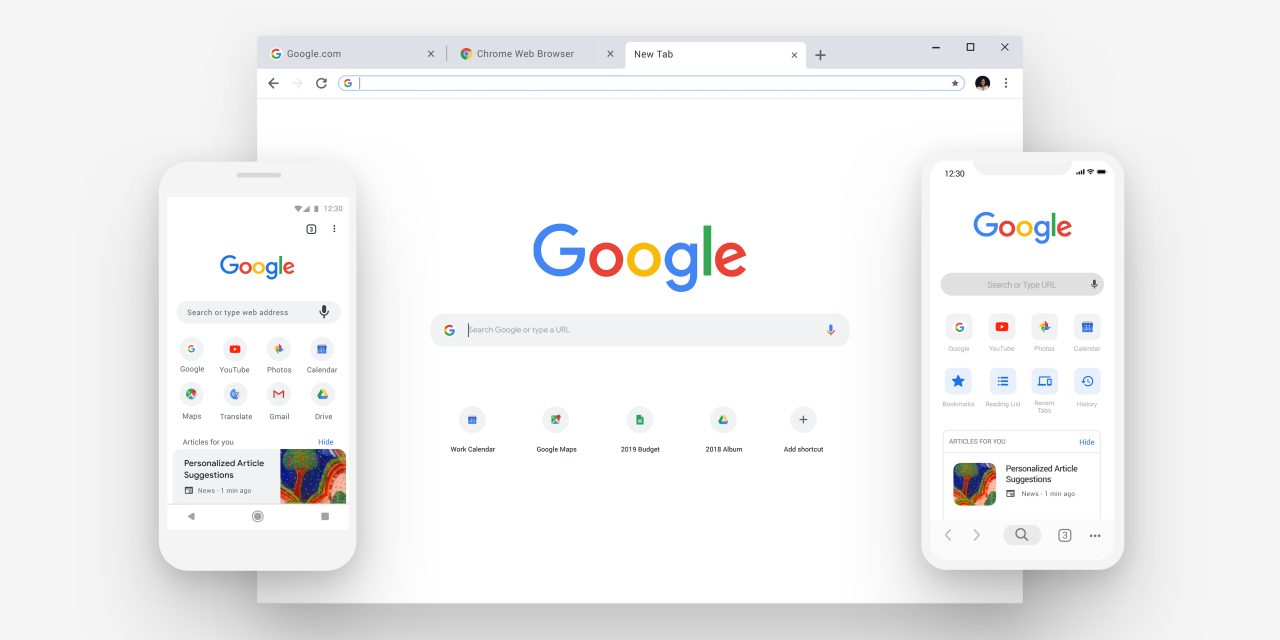 Following last month’s Google Material Theme, smarter Omnibox, and various other tweaks, Google today is rolling out the next version of the browser to Mac, Windows, and Linux. While not as major a release, Chrome 70 includes more HTTP warnings, PWAs on Windows, and better Google Account sign-in status.

To signal whether a user is signed into any Google service in the browser, Chrome 69 began displaying a profile avatar to the right of the Omnibox. This was misinterpreted by some users as Google enabling Chrome Sync of bookmarks and browsing history with any account login, be it Gmail or YouTube.

In response, version 70 introduces a new “Allow Chrome sign-in” option in Settings that when disabled allows users to “sign in to Google sites like Gmail without signing in to Chrome.” Meanwhile, clicking the avatar icon will better note a user’s current sync state: signed out, signed in but not syncing, and signed in and syncing.

Meanwhile, when a user clears cookies in Chrome, Google authentication cookies not used by the Chrome sync account will be deleted. As a result, users will be signed out of any secondary, logged-in Google accounts.

Chrome 70 continues the HTTPS adoption push by flashing a “Not secure” warning and red icon when users enter passwords or other personal data on any HTTP page. It comes as the last update removed the “Secure” badge from the address bar to better reflect the default expectation for security.

On a similar privacy note, Chrome will exit full screen mode when dialog boxes — including file pickers and authentication/payment prompts — appear. This change ensures that users have proper context before taking action on alerts.

Beginning with this version, right-clicking on a Chrome Extension will reveal new options to set when add-ons are permitted to run. A “This can read and change site data” menu will let users choose: When you click the extension, On this site, and On all sites. Users can have extensions run only after manually clicking them in the toolbar or by establishing a whitelist. These new options are not yet fully rolled out.

Chrome 70 for macOS allows websites to access Touch ID on MacBook Pros and other future Apple hardware as part of the Web Authentication API. For example, the fingerprint sensor could be used for 2-factor authentication on supported webpages. There is also a new UI for WebAuthn and FIDO authenticators.

Developers no longer have to implement these user authentication flows themselves. In Chrome 70, when a user invokes WebAuthn, Chrome will guide the user through their FIDO-compatible authenticator, such as a security key.

With version 70, third-party software that injects code into Chrome will be blocked by default to increase browser stability and prevent crashes. This change is not yet in effect for the enterprise, only consumer users.

Meanwhile, Chrome 70 adds support for Progressive Web Apps on Windows after rolling out to Chrome OS in version 67. Progressive Web Apps are often associated with mobile, but Google argues that they have a place on desktops given the continued importance of these devices for work.

Like on Android, desktop PWAs can be “installed” alongside other apps, cache content with service workers, and feel native with address bar and tab-less windows. PWAs also feature responsive designs, with Google working on keyboard shortcuts, app icon badging, and link capturing. Support for Mac and Linux is coming in Chrome 72.

AV1 is a next generation, industry-backed codec for more efficient and better quality video streaming. Video compression sees a 30% improvement compared to the current VP9 standard. Chrome 70 adds just an AV1 decoder to Chrome OS, macOS, Windows, and Linux, with encoding capabilities not yet included.

Given the data savings, especially on mobile devices, and smooth HD streaming, YouTube plans to adopt AV1 and has a Beta Launch Playlist of 14 videos. On supported browsers, users can head to YouTube’s TestTube experiments list and select “‘Prefer AV1 for SD.”

Chrome 70 for desktops is available now, with Android and Chrome OS following shortly.