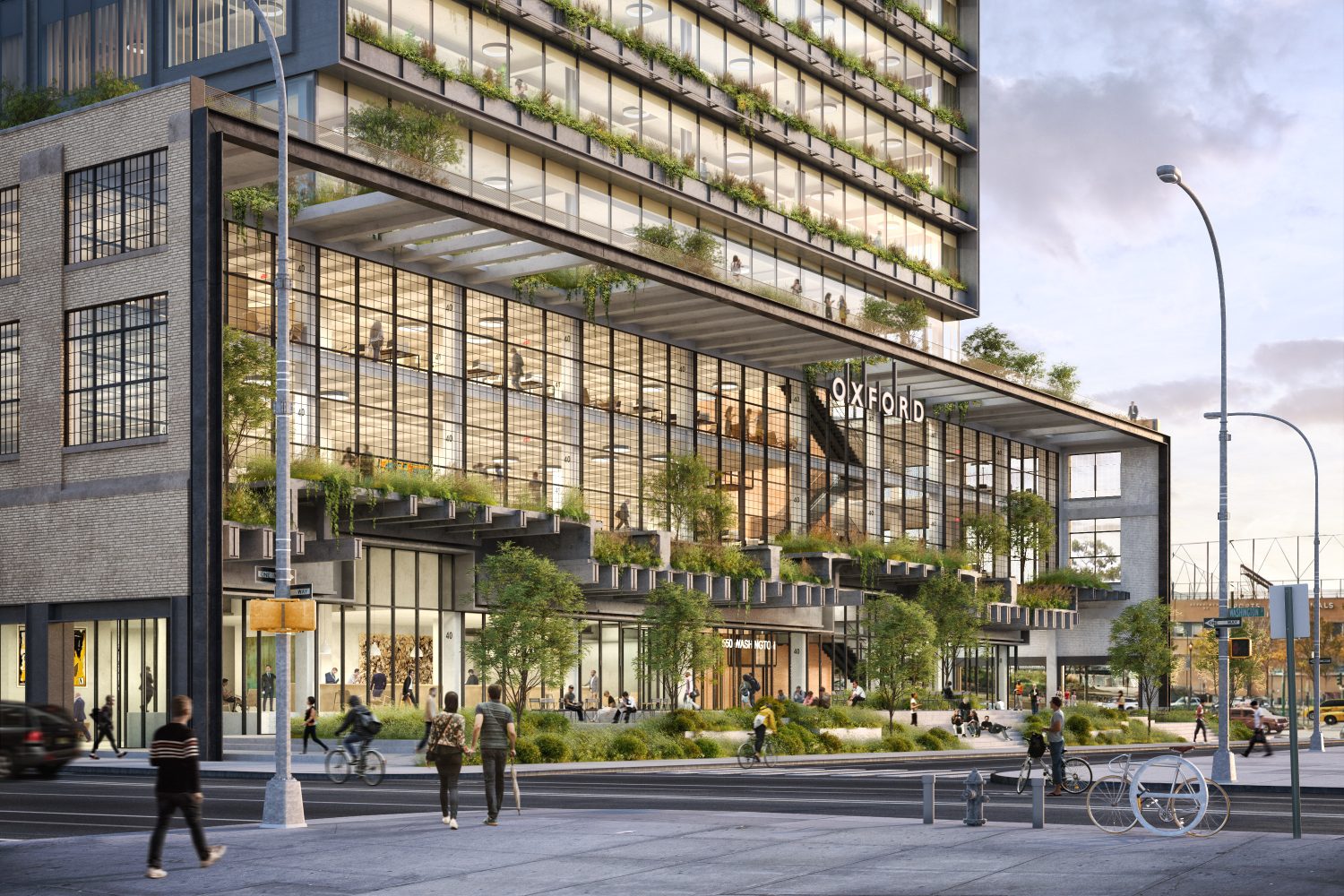 Earlier this year, Google purchased Chelsea Market for $2.4 billion to expand its presence in New York City. A new report today pegs another real estate deal in the works that could create office space for 8,500 more Googlers in the Big Apple.

According to the Wall Street Journal, Google is interested in buying or leasing St. John’s Terminal located in the West Village. From 1934-1960, it was a freight terminal for the High Line housing 227 train cars and serving as a distribution hub for produce.

It was purchased earlier this year by Oxford Properties, which last month just released architectural renderings for a modern office space renovation.

The existing plan is to add nine levels on top of the existing three-story ground floor. Spanning two entire city blocks, it is located near the Hudson River Park and will have a 400 linear feet facade overlooking the waterfront. Other building amenities include outdoor space like a greenscaped rooftop and terraces, with a central location near SoHo and Tribeca. At 1.3 million square feet, it could house 8,500 employees when completed in 2022.

This comes as Google just purchased Chelsea Market and plans to expand it by 300,000 square feet, along with 250,000 square feet of office space at Pier 57. This 3,500 employee expansion would allow for 12,000 more Googlers, according to a WSJ estimate.

As of earlier this year, Google has roughly 7,000 employees in New York, with its current office located across Chelsea Market at 111 8th Avenue. Googled moved into that building in 2006 before purchasing in 2010. The city is home to engineering, product, and business divisions, with large teams from Search, Ads, Maps, YouTube, Cloud, Technical Infrastructure, Sales, and Research.

At the start of the year, Google announced it was expanding its U.S. footprint with new or expanded data centers in five states and office growth in nine.