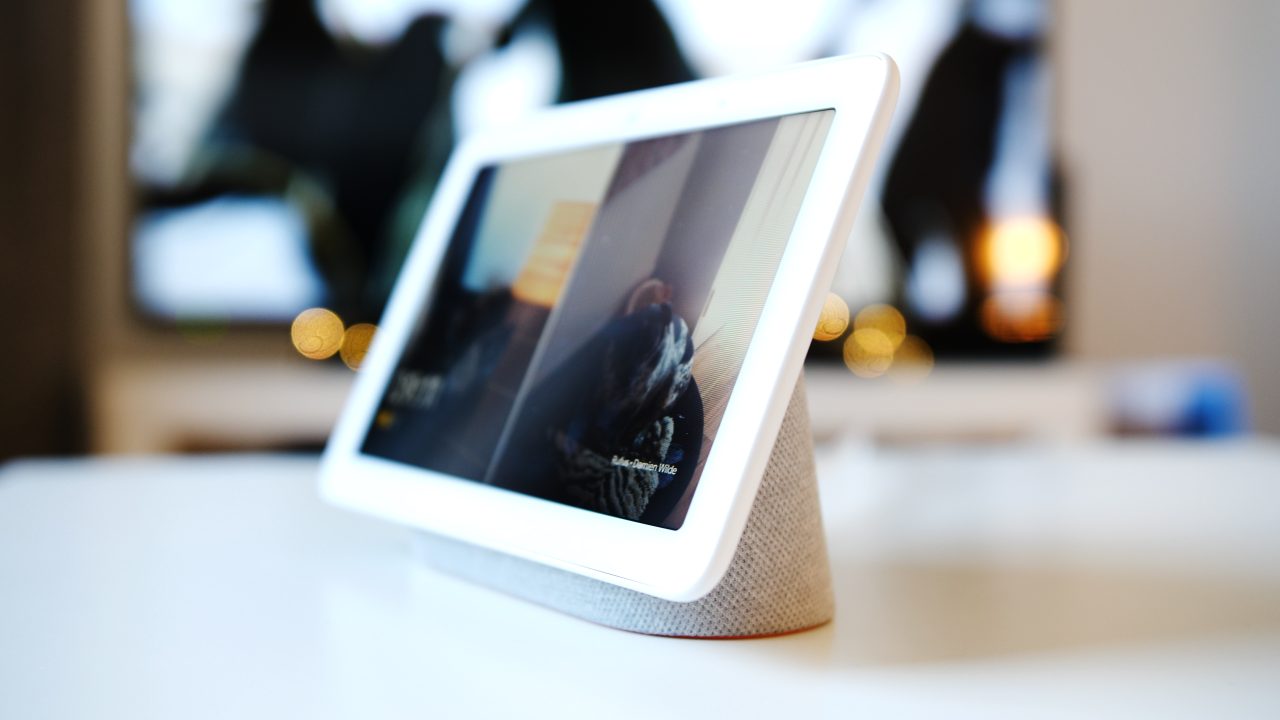 Earlier this month, Google Assistant added a number of new features, including recipe cards and the ability to reply to Broadcasts on the Google Home Hub. Google is now rolling out a new firmware version for Home Hub’s enrolled in the Preview Program that adds more precise device controls, including separate alarm and media volumes.

As with other products, Google maintains a Preview Program for all Google Home speakers that allows users to get and test the latest features ahead of time. Users can opt-in through the Google Home companion app, with the first update rolling out today.

On version 1.35 (the current stable), swiping up from the bottom of the screen reveals a simple black control strip with two sliders to adjust brightness and volume, as well as enable Do Not Disturb and settings.

With version 1.36 that is rolling out to the Preview Program today, the bar has been simplified with just five buttons. To access either slider, users have to tap the corresponding button with the bar now stretching across the full width of the screen.

The same setup applies to volume, however, there are now two sets of controls. The main one is for media playback, while a second — that can be accessed by tapping an arrow at the right — is for the alarm.

Another new feature introduced in the control strip is an alarm shortcut. This fourth button from the left opens the alarm screen, with the ability to quickly manage or create a new one. The latter allows users to start an alarm manually via touch instead of voice commands. Meanwhile, the settings icon to the right now opens up a small panel at the center of the screen to access “About device.”

Firmware version 1.36 for the Google Home Hub is rolling out now to the preview program. We’ve successfully installed on two devices, though one of our units is having an issue connecting to a Google Wifi network. The other, as seen in the images here, is working perfectly.

Update 11/26: Lenovo last week also began rolling out the new features to its Smart Display. The company provided a useful changelog that should also apply to the Google Home Hub. Notable additions include a command to “turn off the screen” that completely darkens the display. It also includes the My Cookbook feature and recipe recommendations, as well as two-way Nest Hello doorbell communication.

Changes like “Bigger dark screen clock face” and other adjustments might be limited to the Lenovo Smart Display. Version 1.36 is now widely rolling out on the Google Home Hub.