In letting Android Auto run as a regular Android app on phones, Google has made its car interface widely available. The experience — with large touch targets and constrained functionality — is better than jumping through different apps while driving. Today, Google is updating Android Auto with more feature-rich audio apps and messaging previews.

Previously, the main screen in any media app was Now Playing. While this made for a simple layout, it restricted content browsing to the navigation drawer. Users had to scroll through lists in a panel that did not quite span the full width of the screen.

In Android Auto 3.8, browsing in media apps can take place on the main screen. Now Playing is still highly accessible thanks to a FAB in the bottom-right corner that delightedly animates in and out. Apps like Play Music take advantage of the extra screen real estate by switching from lists to grids that feature and emphasize larger cover art rather than titles or names.

Meanwhile, Google Assistant is better at finding specific songs, albums, podcasts, and audiobooks thanks to a new search results page. In a music app, searching for an artist will also show albums, songs, and radio stations by them. As part of the Now Playing notification on the main Android Auto homescreen, there is the ability to see “More results.”

The second part of today’s update is messaging, with the ability to see text previews — instead of just hearing text-to-speech — when the vehicle is stopped. There is a new “Always preview messages” option in settings that you can toggle on/off. 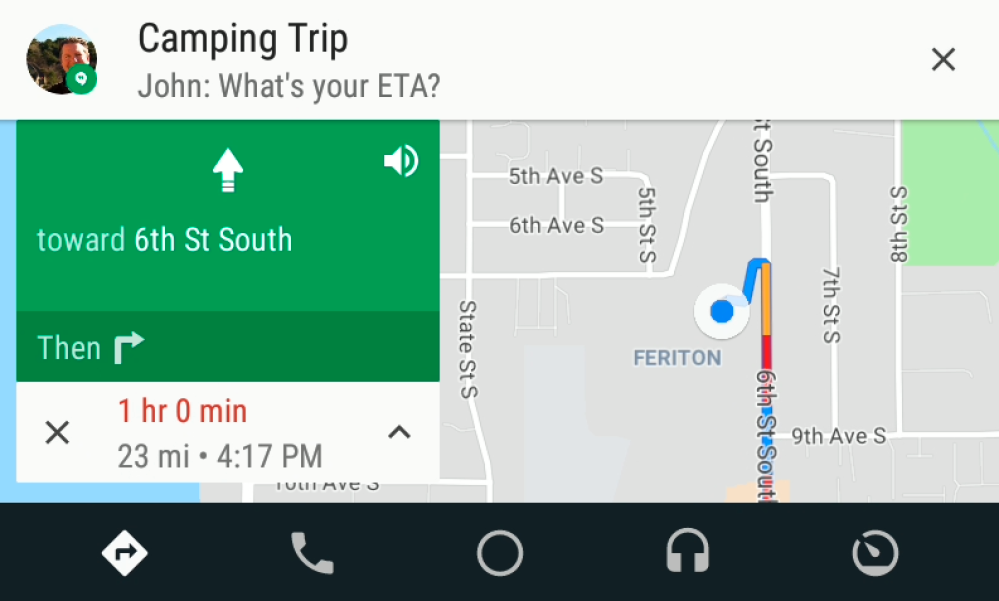 Android Auto 3.8 is rolling out over the next few days via the Play Store, with these updates also coming to integrated Android Auto car displays.