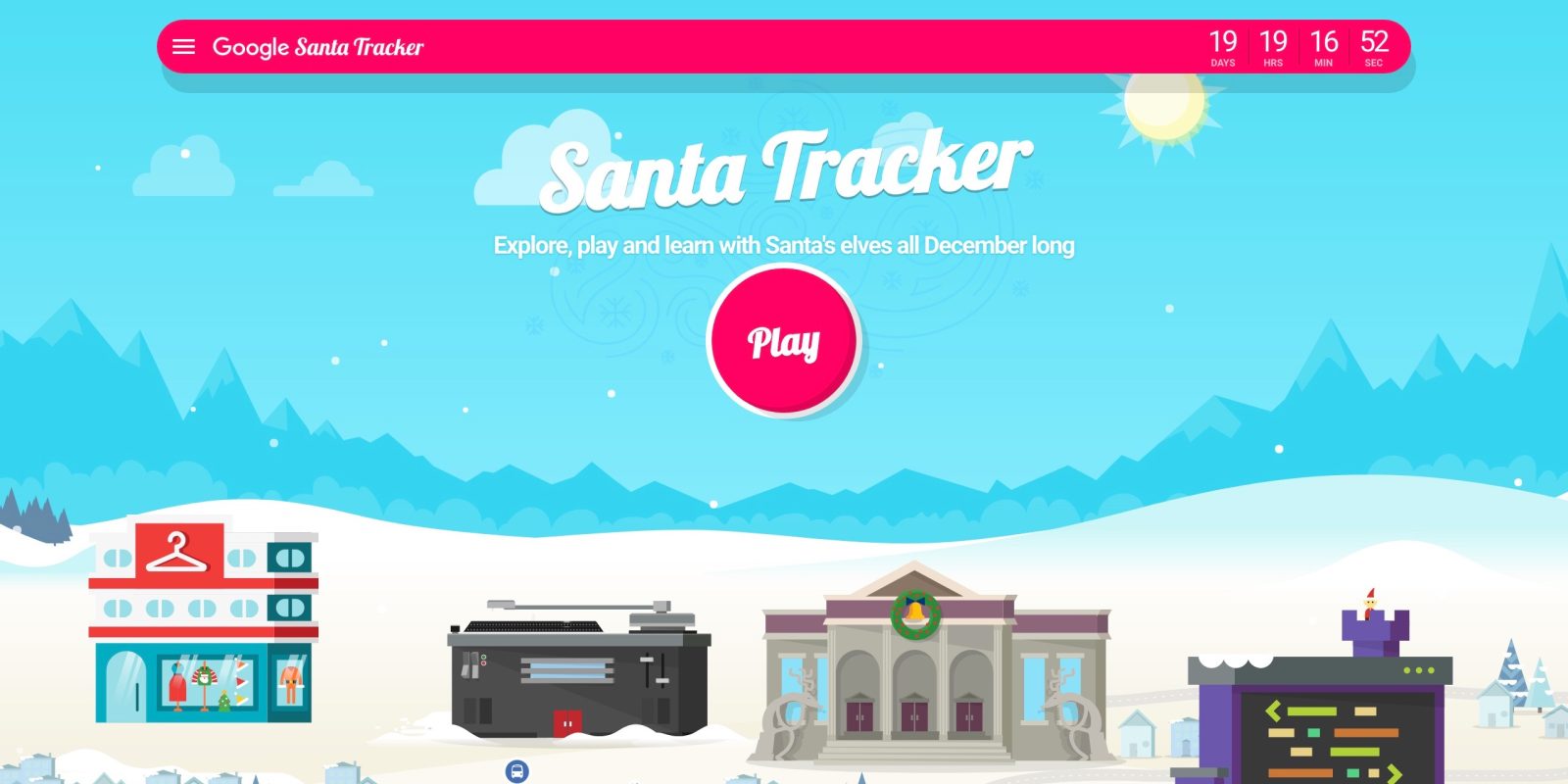 Every December for the past 15 years, Google has launched a Santa Tracker to monitor the progress of Mr. Claus on Christmas Eve. In recent versions, the site grew to include games that teach coding and other skills. This year, Google is making it easier to track Santa in Google Maps.

The “Track Santa” feature doesn’t go live until December 24th, but this year Saint Nick will appear and be accessible from Google Maps Location sharing. Heading to that section on Android or iOS will show the current position of Santa Claus, including his current status. There is also a shortcut to open the Santa Tracker for a more optimized experience.

One new game this year is an Elf Maker that allows users to “customize an elf from head to toe to make sure they’re stylin’ for all of the holiday shindigs happening on the North Pole this year.” Like the Androidify app, options include outfit, accessories, hairstyle, and facial hair.

A more learning-oriented game teaches users how to say seasonal greetings from around the world. To compliment the Translations game, Google will also show holiday photos from the Local Guides program.

From beaches to blizzards, you can get a better glimpse into how people all over the world are spending the holidays. You’ll see holiday photos from Local Guides and you can test your knowledge of holiday traditions with a festive quiz powered by Google Earth and Street View.

On the Assistant front, asking Google Home to “Call Santa” will play new music, while Smart Displays will show a visual component for the query. Meanwhile, the “Tell Me a Holiday Story” command features “classic holiday short stories like The Snowy Day, ‘Twas the Night Before Christmas, and Swan Lake.”

“Hey Google, tell me a Christmas story” is currently limited to the US, Canada, UK, and India. New holiday stickers are available in Gboard for Android and iOS, as well as the updated Santa Tracker app that is now rolling out (version 5.3).