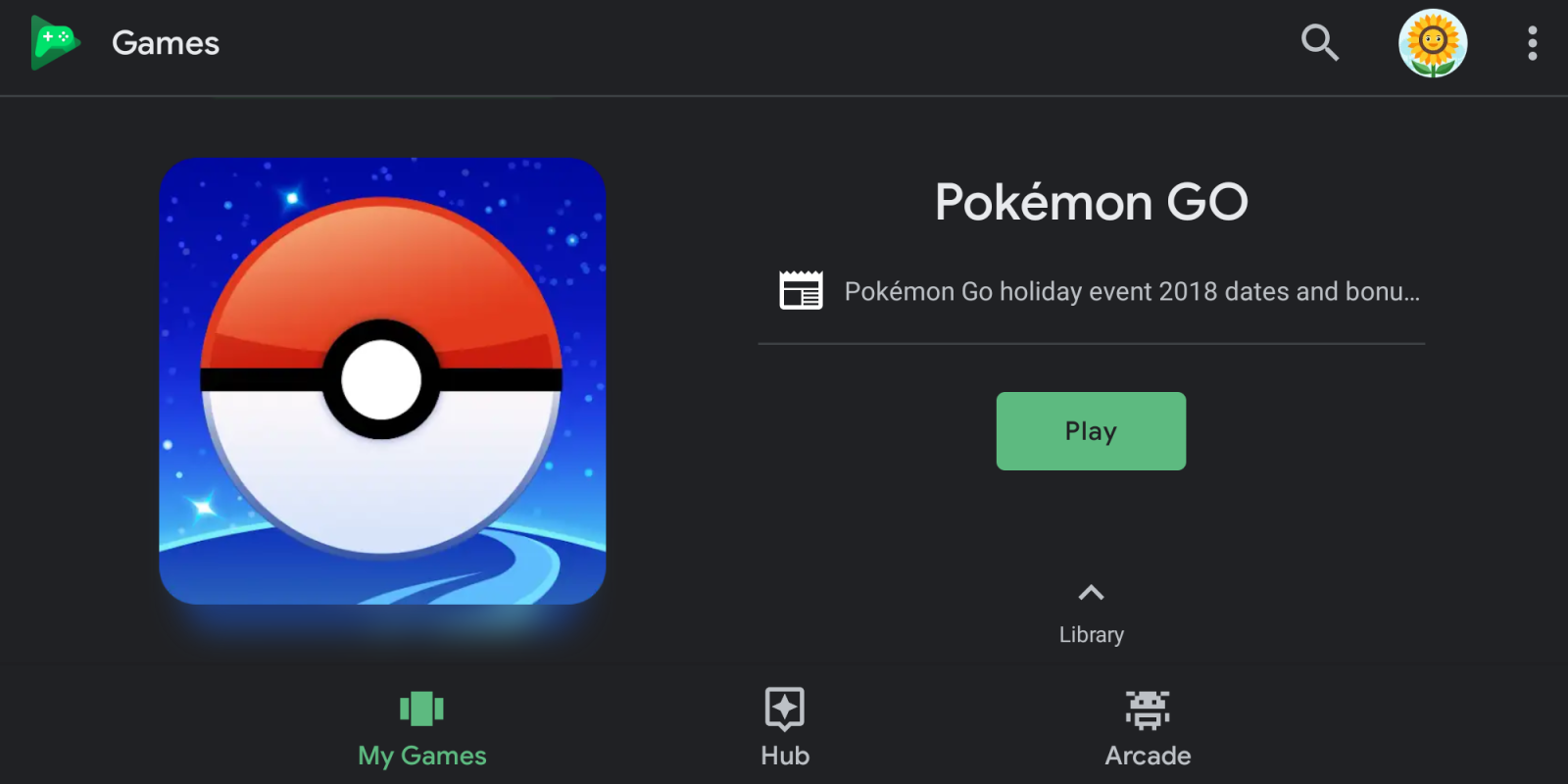 Earlier today, Google Discover began rolling out a dark theme to the Pixel Launcher feed. Google Play Games is now the latest app to get an alternative to the stark white appearance of the Google Material Theme. Version 5.14 also adds app shortcuts and other visual tweaks.

The changelog (via Android Police) for Google Play Games 5.14 starts off by noting the Android app’s new dark theme. Accessible by heading into Settings from the overflow menu in the top-right corner, “Dark theme” appears as the last item in the list of toggles. If it doesn’t appear after updating, try closing Play Games from the Recents menu and reopening.

Like in other apps, the bright background switches to a dark gray. The green accent associated with Play Games is tweaked for the dark mode and ever so slightly brighter compared to the normal view. This particular theme does not support automatic switching depending on the time of day.

This update also introduces app shortcuts that allow users to create homescreen icons for games, ideally the built-in ones. It is also useful when holding down the Play Games icon to get a list of your four most recent games without opening the app. However, for other installed games, this is slightly odd since you can just use the real app icon.

The last tweaks add animated app icons for built-in games, and allow achievement sorting by rarity. Google Play Games 5.14 has widely rolled out to the Play Store, with the full changelog below: