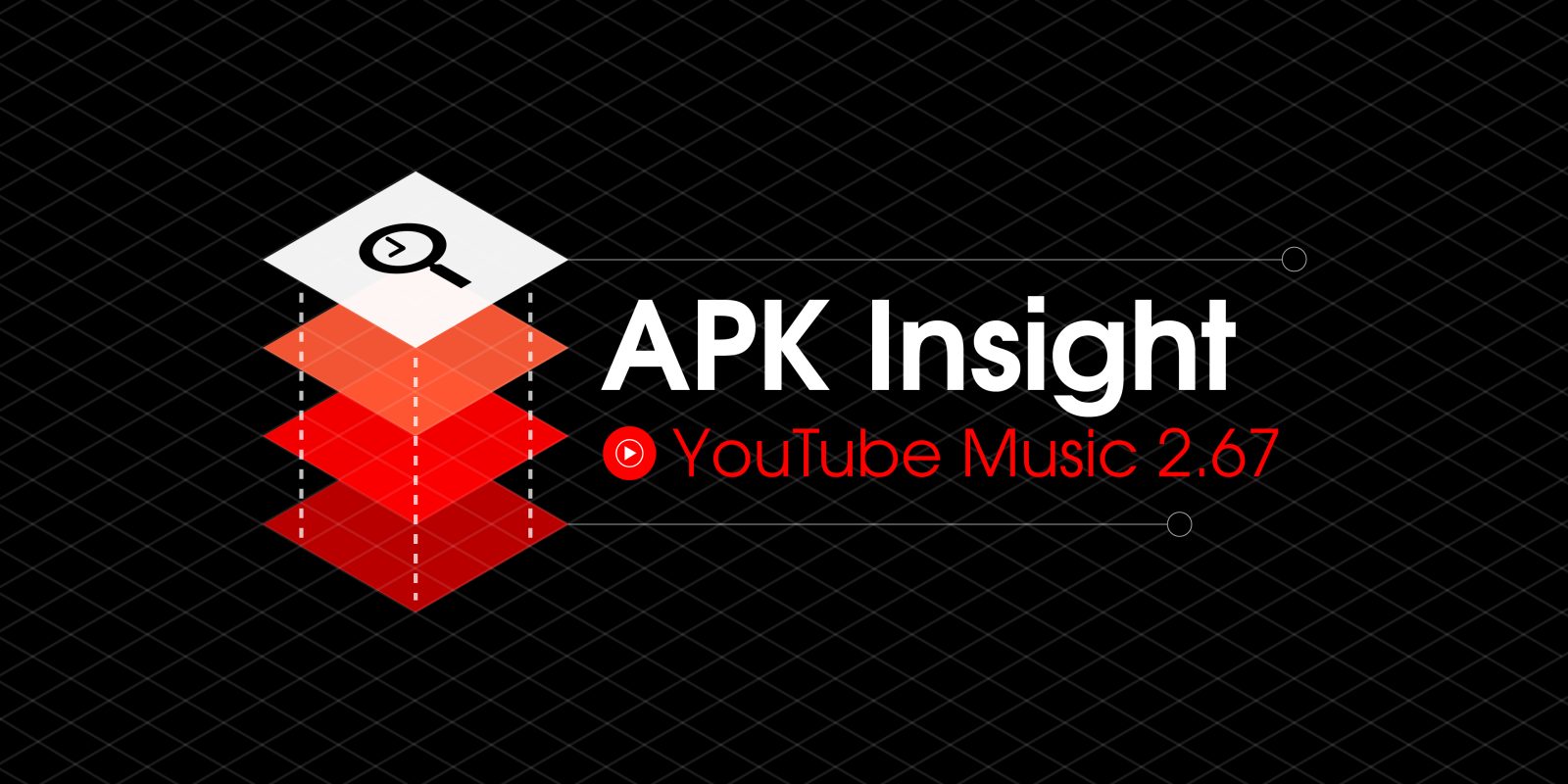 While minor, YouTube Music 2.67 features a handful of interface tweaks starting with more rounded play and shuffle buttons for albums and playlists. This corner treatment is also applied to all album artwork in the app from the Home tab to artist pages.

The queue on the Now Playing screen has been slightly revamped, though functionally unchanged. When media controls are on full display, the “Next” bar that notes the upcoming song has been simplified.

What playlist or album you’re currently listening from is no longer cited at the bottom, thus allowing the next tune and artist to be larger, with a new icon at the left signifying. Additionally, when expanded, the “Queue” moves repeat and shuffle controls to the right of the screen.

Lastly, the Account screen accessible by tapping your profile icon in the top-right has also been simplified with a simple gray background, replacing the previous geometric design. Meanwhile, the line break separating “Switch account” and “Settings” has been removed.

Work on the “Smart Remote” for Chromecast-connected televisions continues in YouTube Music 2.67. From past versions, we have ascertained that it displays a virtual D-Pad controller. The latest update again notes how voice controls are a part of the “smart_remote,” and includes generic error messages.

<string name=”mdx_smart_remote_no_microphone_detected_error_message”>No microphone detected. Be sure to allow mic access in settings.</string>

<string name=”mdx_smart_remote_voice_input_error_message”>”Oops! Didn’t get that. Tap mic to try again.”</string>

YouTube Music 2.67 is rolling out now via the Play Store. We do not post APKs to download directly given the legal challenges associated with copyright and possibility of removal. Meanwhile, that model is perilous given Android App Bundles and Google Play’s Dynamic Delivery.