Review: The Moshi Mythro C USB-C headphones are arguably the best of a bad bunch [Video] 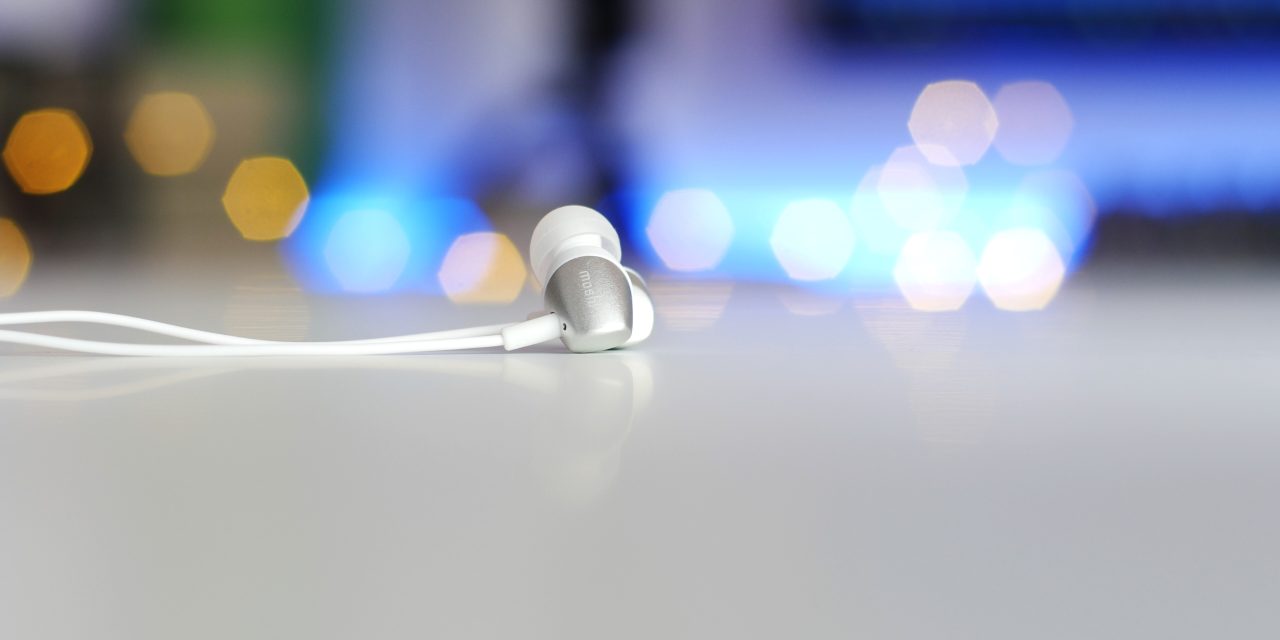 The Moshi Mythro C USB-C headphones are great headphones, but they are most definitely not the solution to the loss of the headphone port. That said, they are probably the best USB-C earbuds available right now.

Like the many who are disappointed over the fleeting state of the headphone jack, I don’t want to deal with any adapters for my headphones. However, wired USB-C options are few and far between.

Bluetooth may be the future, but in the present, the audio quality of Bluetooth earbuds simply don’t match (let alone exceed) that of its wired counterparts. At least having access to good quality wired earbuds should help that transition to a wire-free audio life.

Moshi is known for high-quality accessories and was one of the first companies to produce the somewhat ridiculous USB-C headphone adaptor. Being able to charge and listen to music is otherwise only possible via wired earbuds and a wireless charge dock — not exactly ideal.

Headphones used to be about sound rather than aesthetics. Although that wasn’t always the case, it does kind of apply to most earbuds that litter the market today. Moshi has opted for a solid but simple aesthetic that definitely fits in with the brand design language. 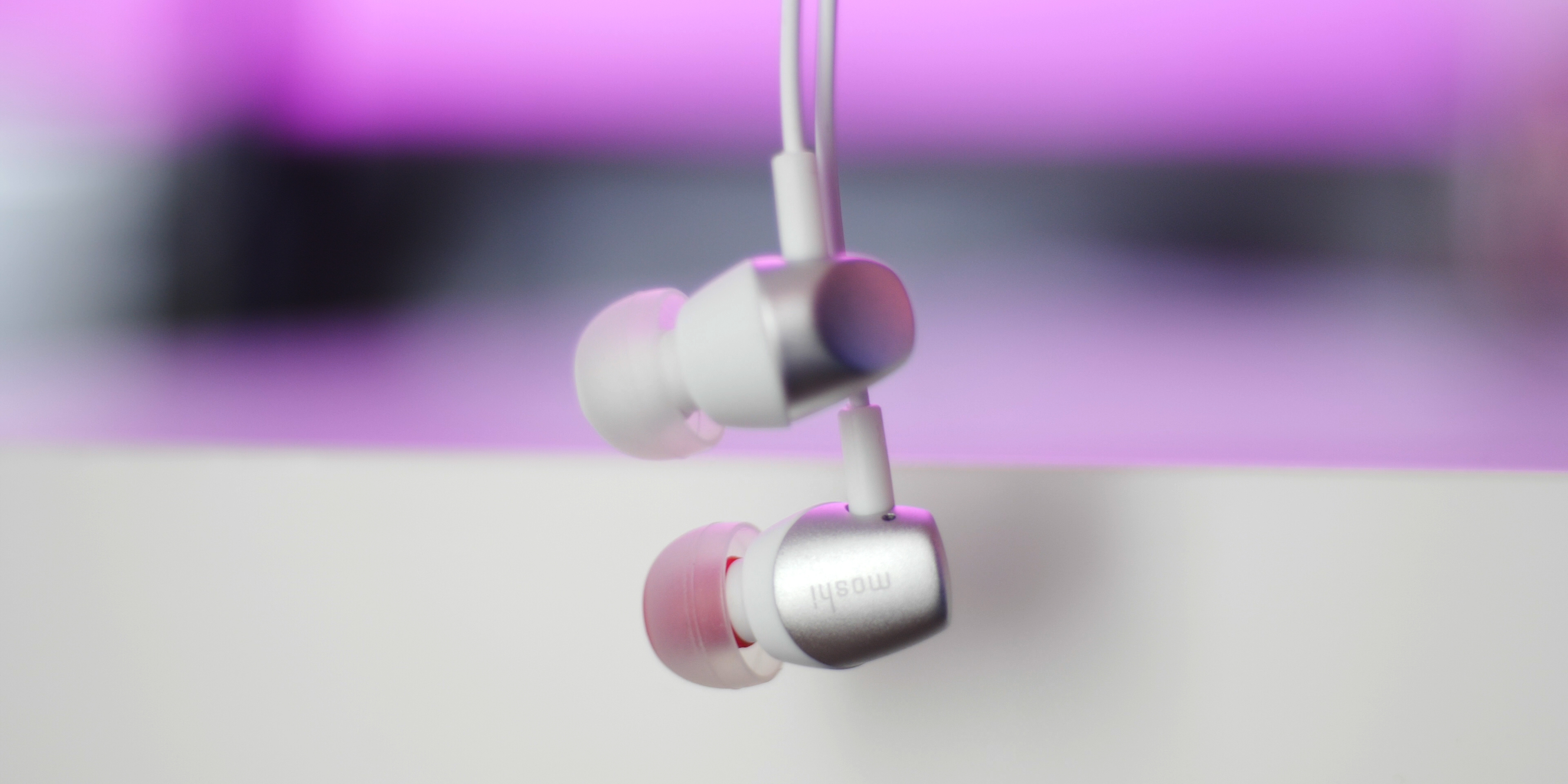 For a pair of earbuds that cost $50, it’s very disappointing that you don’t at least get a drawstring carry bag. It may be worthwhile picking one up to guarantee that these earbuds don’t get tangled up or damaged in your bag or pocket.

The inline remote does hinder folding or wrapping of the Mythro buds, but the included velcro strap does allow some sort of folding to stow your headphones safely. Either way, I’m sure that I’m worrying for no reason as nothing leads me to believe the Mythro C wouldn’t withstand extensive day-to-day usage.

As for the inline remote hardware, the buttons have a somewhat spongy feeling when pressed and a soft, dull click. The controls themselves include volume up/down, a call button and dedicated DJ Boost button — I am not 100% sure what this does or if it actually helps, but it’s there because “reasons.”

I’m a fan of the three included silicon tips that come with the Mythro C. The standard version that comes pre-fitted were perfect for my ear canal and really helped isolate the sound well throughout my usage. 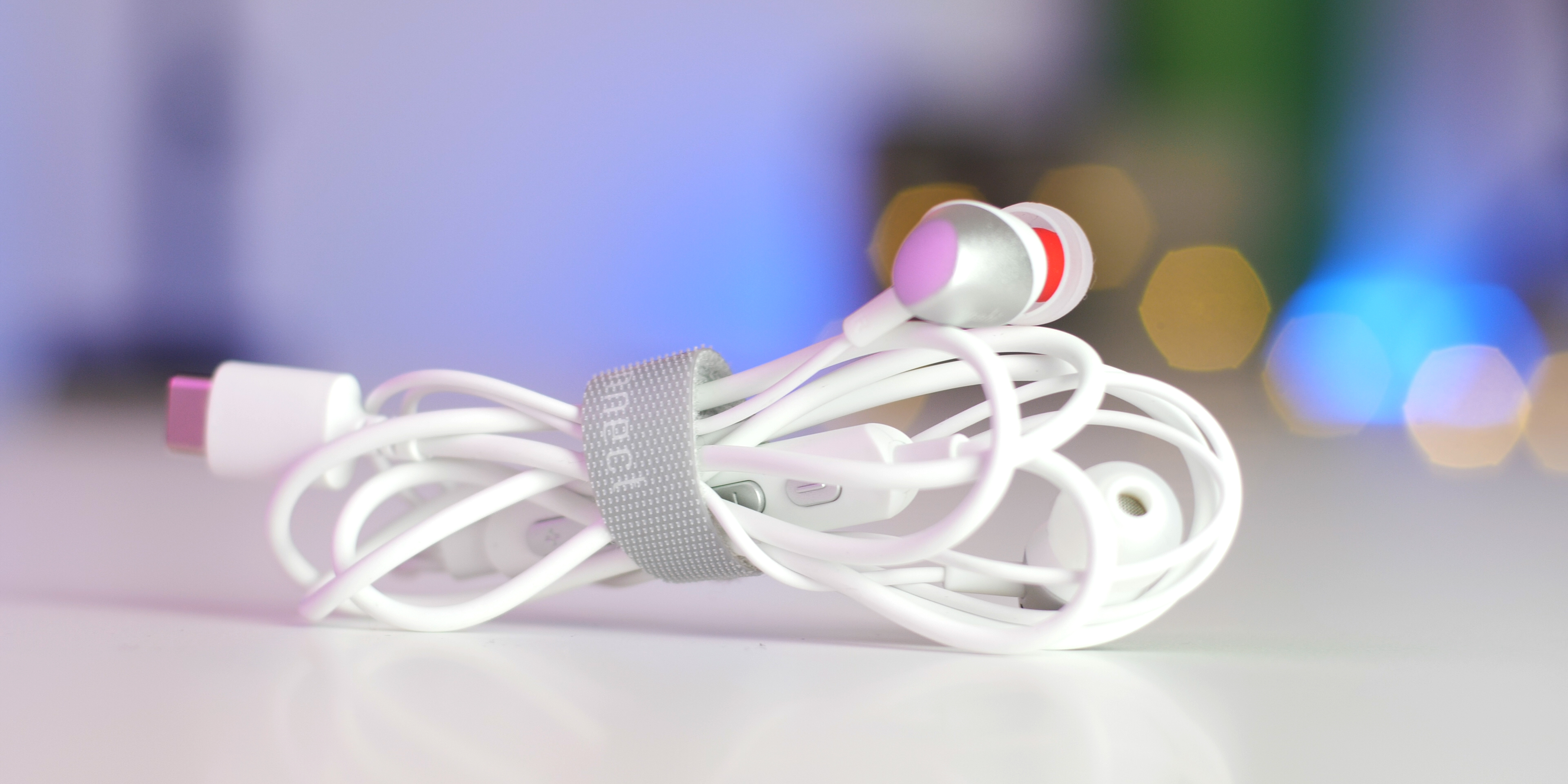 The inside walls of these silicon tips are color-coded so that you’re able to place each earbud into the right ear too. It’s not exactly clear when you take these out of the box but it is a novel way of keeping the aesthetic even cleaner — even if a little “L” or “R” would still be my personal choice.

As for the actual USB-C connection, it has a thick soft-plastic coating with the Moshi logo embossed upon it. When connecting to your phone, laptop or tablet it feels nice and snug when plugged in. It doesn’t feel quite as tightly connected as a charge cable but it doesn’t feel loose — I’m confident it won’t fall out FWIW.

It’s also worth mentioning that the USB-C cable housing might cause some problems with certain chunky cases. For obvious reasons, without knowing what type of case you are currently using, I can’t say for certain if the Mythro will fit whilst wearing said case.

The build, look and feel of the Mythro C is superb. My biggest gripe is the inline remote. It feels way too big but it is a great addition at the same time. The overall headphone cable length is good but I do wish the splitter was a little lower and gave a little more length before that inline remote suddenly crops up. 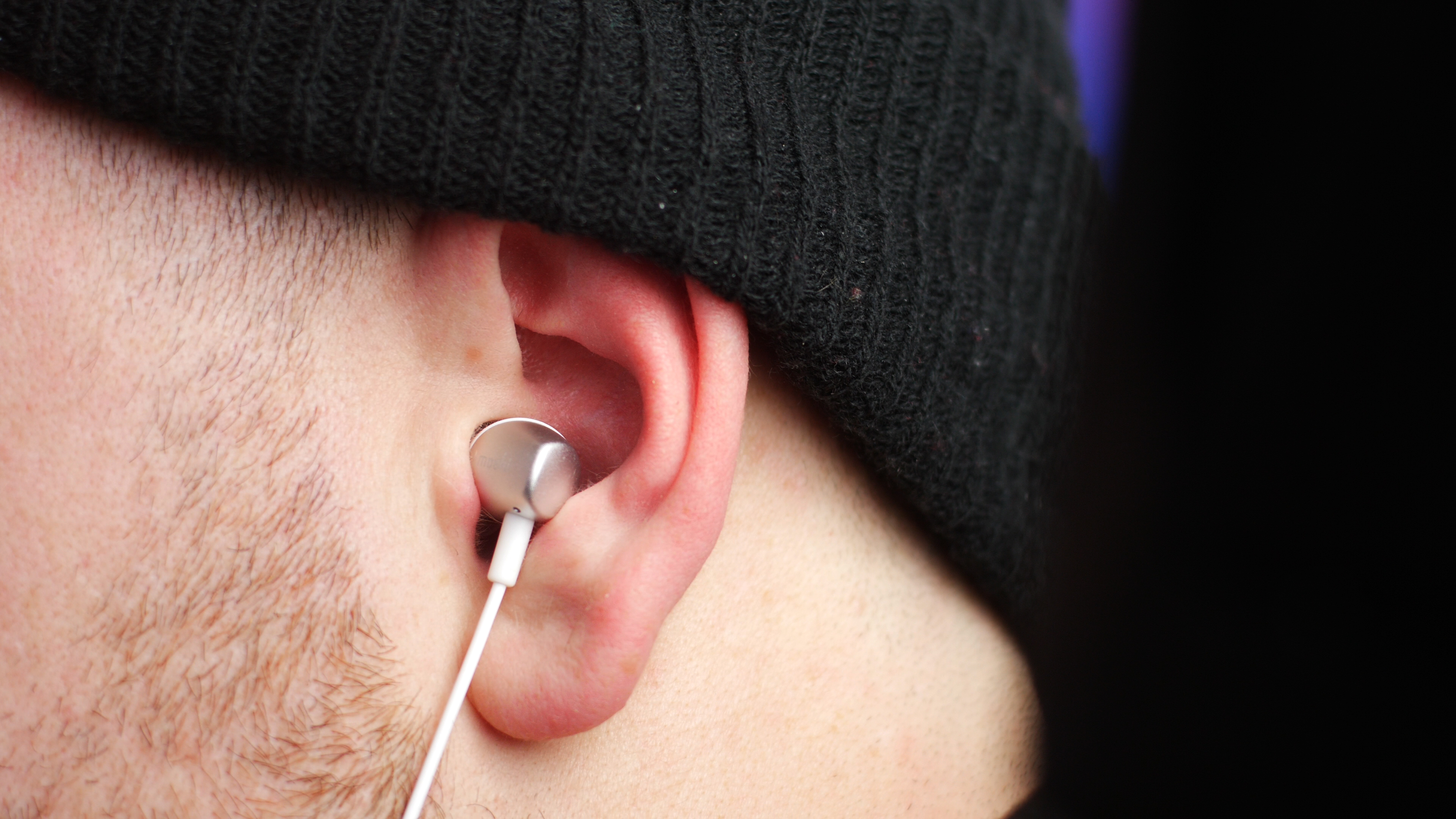 Having a bit of a bias towards headphones with the 3.5mm jack meant I have been looking for a solid USB-C replacement. Until recently the insanely affordable OnePlus Type-C Bullets were more than enough to sate that need for decent-if-not-spectacular USB-C audio.

I’m impressed by the quality of the Moshi Mythro C earbuds mainly as I just didn’t expect them to sound as good as they do. Now that is a bit of a backhanded compliment but honestly, most earbuds just lack the punch and soundstage associated with over-ear headphones, so having appropriate expectations is always wise.

There is a digital-to-analog converter within the inline remote that clearly helps improve the entire listening experience. Moshi’s own DR8 Neodymium drivers do help the audio stay stable and crisp throughout your entire listening time. Although I appreciate that is a little anecdotal as I have no previous experience listening to Moshi earbuds.

At high volume, the sound retains exceptional clarity. I’m not a fan of listening at high volume so I tend to stick to around 55% volume for my own personal comfort. I found myself using the inline remote to make volume adjustments but jumps were a little bit jarring, to say the least.

For that reason, I tended to stick to using the volume panel on my smartphone rather than the use the inline remote. I’d recommend that if you were to pick these earbuds up, you play with the remote to find out what works best for you. 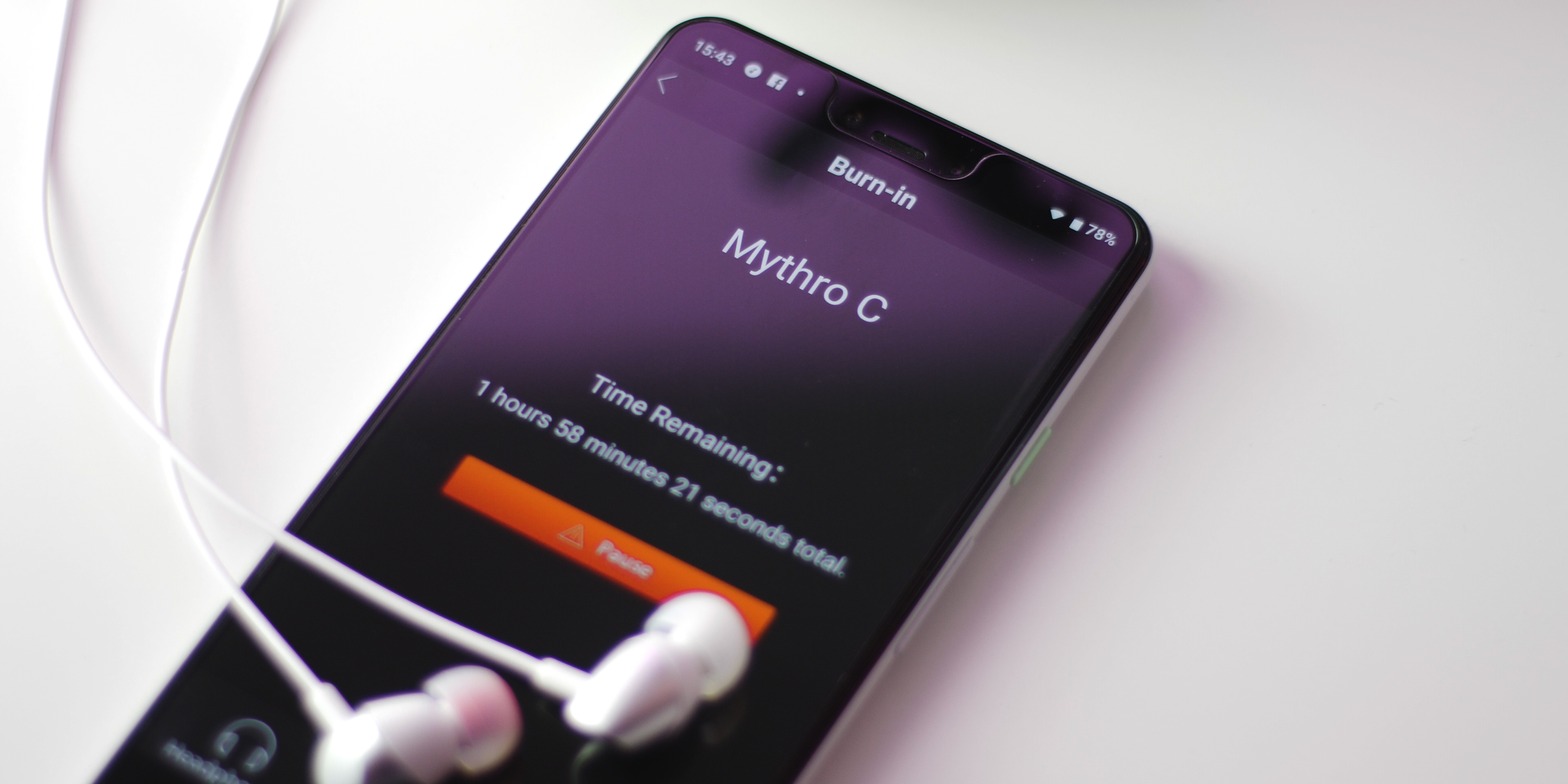 I bemoaned the lack of bass on the much cheaper OnePlus Type-C Bullets but the Mythro C provide solid bass at all volumes. I won’t lie to you and say it competes with any over-ear headphones but it does do bassy tracks justice.

There’s an application that you can download called “Moshi Burn-in” that plays out a series of sound frequencies that works like wearing-in a new pair of shoes. The process takes a little while but I would recommend downloading and doing that if you are not a fan of the audio straight out of the box.

In an ideal world, Bluetooth audio would be right up to par and we wouldn’t need to bother with USB-C headphones at all. We’re still in that transitional phase and although I personally have a hard time letting go of the headphone port — due to a multitude of expensive headphone purchases over the years — the Moshi Mythros C are arguably the best USB-C option at this point in time.

At just under $50, there really aren’t a wealth of reputable brands to get a decent pair of USB-C buds from. Moshi stands as being a higher-end accessory maker and a brand that has a bit of a history in making steady-if-unspectacular headphones, with the Mythro C being very much the same.

They are great, not spectacular but most definitely one of the best USB-C headphone options for anyone wanting to get rid of the dongle. I do really like the Mythro C and plan on using them at the gym as my go-to workout headphones when taking my Pixel 3. The sound profile is solid and the build quality is exceptional.

For anyone out there with a problem with this janky transition from wired to wireless, I suggest sticking with the dongle or simply holding on until Bluetooth headphones really catch up in terms of audio quality — which will likely be a while, unfortunately.

Luckily though, Moshi do make a wireless version of the Mythro earbuds. The Moshi Mythro Air offer the same quality but cost just $15 more than the Mythro C, which may be worth a look if wires are a massive problem to you.

Get the Moshi Mythro C

Get the Moshi Mythro Air