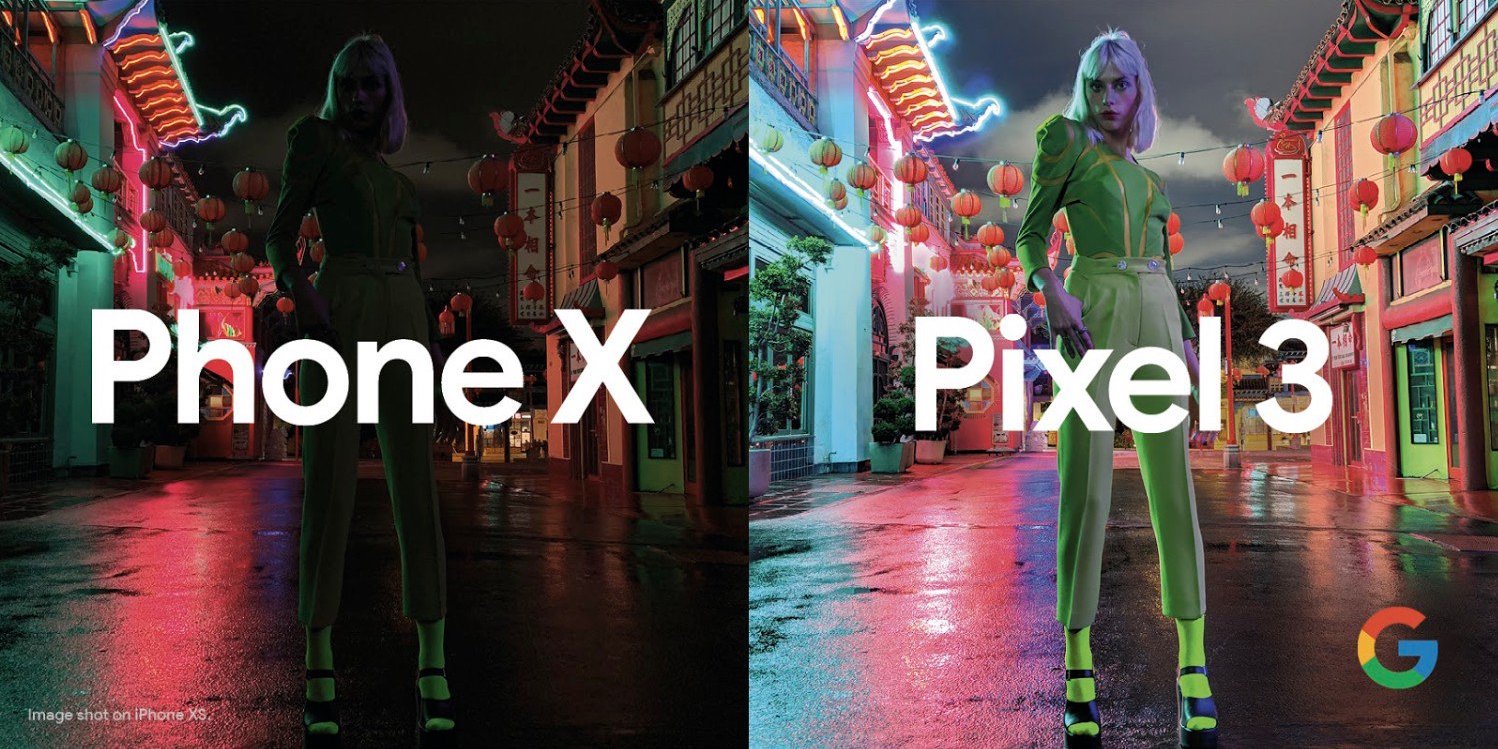 Night Sight rolled out to all Pixel phones in November and the results have lived up to the hype. It was compared to the iPhone XS during the Pixel 3’s launch event and Google is now continuing that photography lead with a new advertising campaign.

Shared this evening by a product marketing VP at Google, the company is using a side-by-side comparison of the same scene. At right is the Pixel 3 and to the left is a coyly named “Phone X.”

The bottom corner notes that the image was shot with an iPhone XS, just like the previous comparison highlighted at the 10/9 event. The Google picture shows the neon green-clad subject clearly, while her face is impossible to make out on the iPhone. As is typical for Night Sight, the dark sky is brightened and grayish with white steam visible.

In terms of lighting, Google’s technique somewhat washes out lighting in the background, but if the point of the photo is to capture the main subject many will excuse that decision. 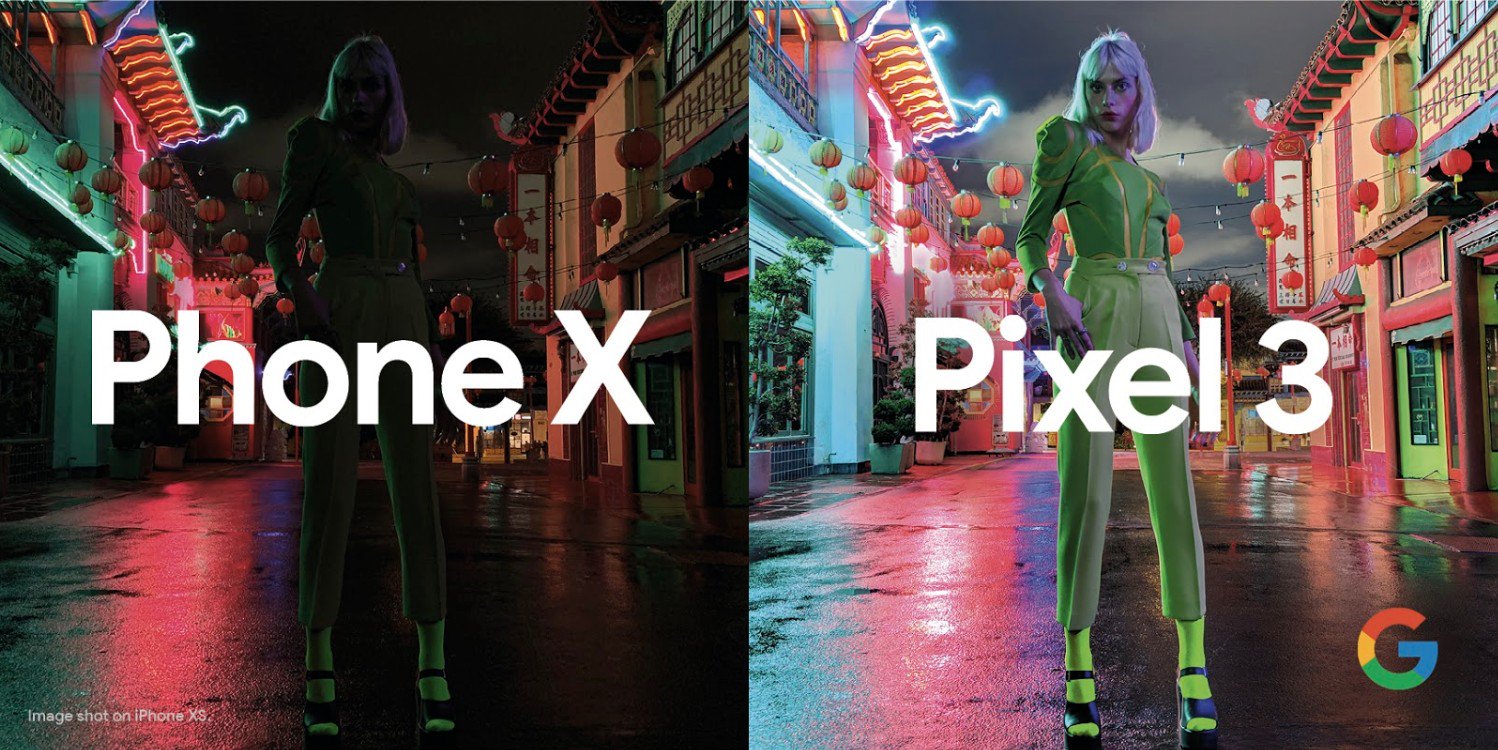 Since the feature didn’t launch with the Pixel 3, Night Sight was left out of initial advertising. A new ad in late November emphasized the downsides of using flash and the advantages of leveraging machine learning to balance colors. Night Sight also merges a burst of shots to prevent motion blur and brighten an image that ultimately remains sharp.

Today’s simple ad features Google’s multi-colored ‘G’ logo at the bottom-right, but is otherwise quite simple and stark. It is particularly ideal for billboards and other large print mediums, but could be part of a longer video. With the major advertising event that is Super Bowl LIII next Sunday, Google could make a big splash during the Big Game.

Shot on our phone vs shot on their phone. Get #nightsight and don’t get left in the dark. pic.twitter.com/bOS1EXi7Z1

Update 2/2: A week after the first Night Sight ad emerged, Made by Google on Twitter shared another. The four-second looping GIF starts off by showing a house with large windows illuminating a patio. In the background, you can see distant lights, but otherwise the scene is quite dark. A large “Phone X” caption is at center with “Image shot on iPhone XS” at the very bottom.

The ad then switches to the same shot captured by Night Sight, and the difference is quite stark. You’re able to view that this house is actually surrounded by massive green trees thanks to the artificial lights. Meanwhile, we see that this cabin is next to a lake with the background dark blue and not pitch black. Viewers can also impressively spot mountains capped with snow in the distance on the Pixel 3 shot.

Given the ramp up in advertising it’s likely that one of the ads Google shows tomorrow during the Super Bowl centers around Night Sight and the Pixel 3. Meanwhile, the company on Friday shared a follow-up video to the Google Assistant’s Home Alone Again.