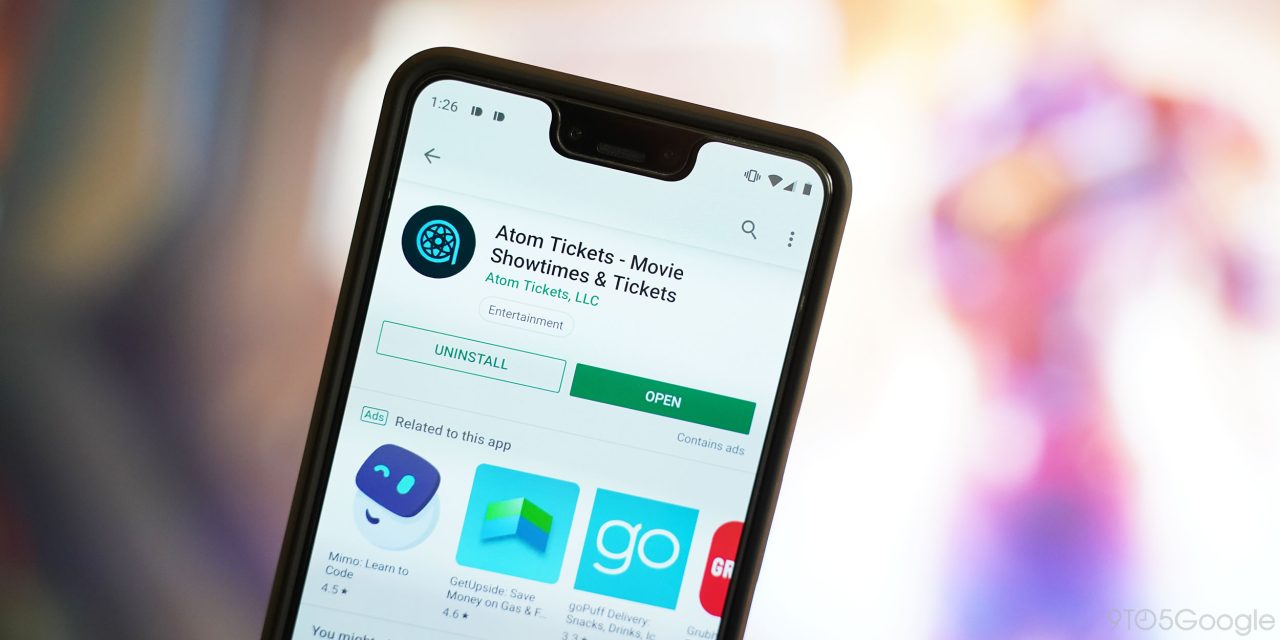 If you’re an Atom Tickets user, buying tickets for your next theater outing is about to get a whole lot easier. The popular service has announced today that it is adding support for both Google Pay and Samsung Pay.

Launching today on its Android app, Atom Tickets is bringing support for Google Pay on all Android phones. This isn’t the NFC tap-to-pay function you’d find at a store, but rather in-app support for the service. You’ll be able to access all of your previously stored cards and any Google Pay balance you might have when buying tickets for the movies.

Even more notably, though, Atom Tickets is also adding support for the rarely used “Save to Google Pay” feature. We’ve seen this used scarcely for boarding passes and transit tickets, but Atom Tickets is one of the first to use it for movie tickets. After buying tickets, Atom can save the ticket to Google Pay for quick and easy access under the “Passes” tab.

In addition to that, this same update adds support for Samsung Pay in the same way. If you’ve got a Galaxy device, you’ll be able to use the same cards you’d use for NFC or MST payments at a store within the app.

Google recently announced the ability to save tickets to the Google Pay Android App. After a user has purchased tickets using Google Pay, they can save them in the Android App’s new Passes tab. When it’s showtime, use a phone as a ticket. This feature is an extension of Google Pay, which has been a payment method of Atom’s check out process since 2017. Additionally, Atom integrated Samsung Pay as a new in-app payment option for Samsung Smartphone users.

This new functionality is rolling out to the Atom Tickets app on Android right now, so head over to the Play Store to check it out, just in time for Captain Marvel.