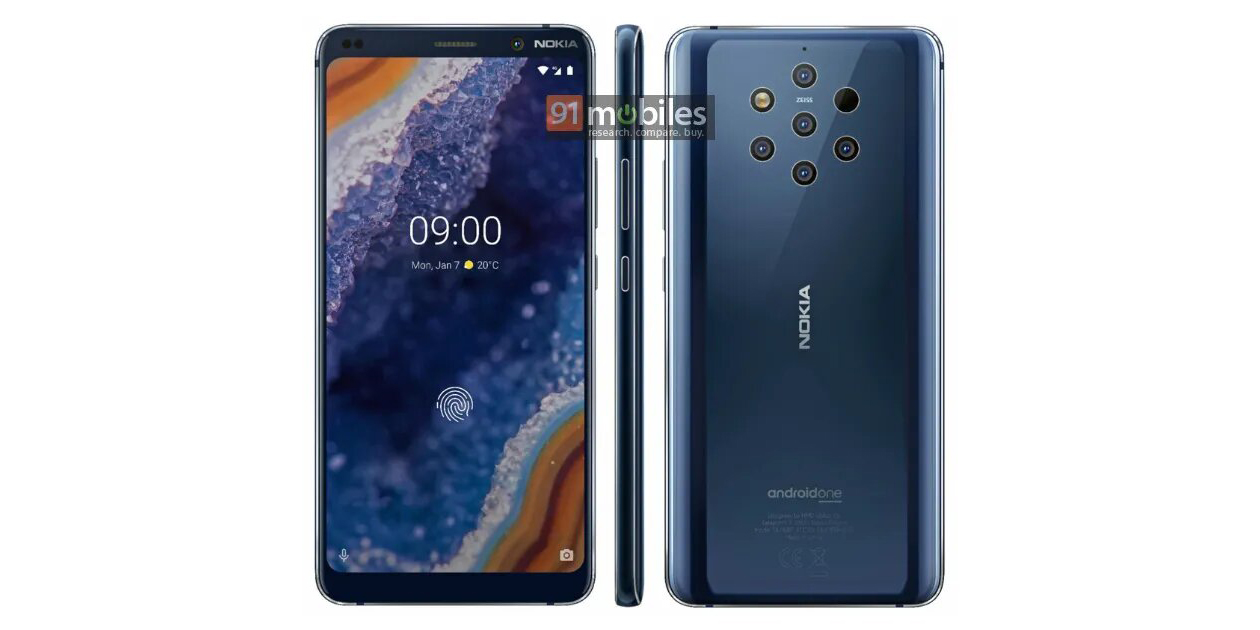 The Nokia 9 PureView has leaked yet again, this time essentially in full thanks to a series of press renders courtesy of 91Mobiles.

In this latest leak we get a good (some might say “PureView”) of the entirety of the Nokia 9, from the penta-camera setup to the display round front.

Interestingly, there isn’t a great deal we haven’t already seen in snippets or in other leaked renders. Instead, it simply confirms much of what we have seen before and for anyone with trypophobia (myself included), we get a closer glimpse of the Zeiss-branded five camera holes in an official render for the first time.

The bezels are pretty thick for a smartphone being released in 2019. Although they do not ruin or harm the overall device aesthetic in any way, as the phone does have a symmetrical forehead and chin. But it does seem a little odd that Nokia didn’t opt for a notch, so it almost feels like an older design. That said, it’s a clean device that does look sleek.

Unlike many other Nokia models, it appears that there is no headphone port included on the Nokia 9. It seems that this could be the first of many from the company that will lack the audio output port. Naturally, with an in-display fingerprint reader, the rear of the Nokia 9 lacks the rear-mounted fingerprint panel for a cleaner overall aesthetic. 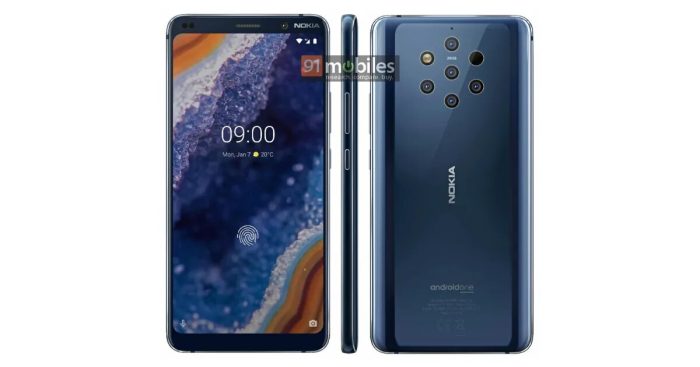 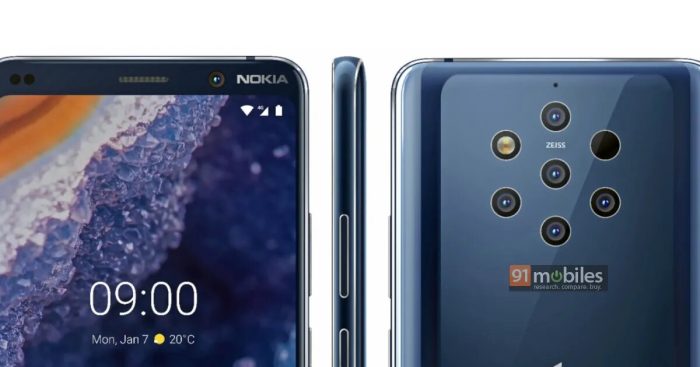 Nokia may have made the wise decision to allow other companies to spend R&D money on eliminating display notches and in-display cutouts before adding them to their flagship line. Even so, the Nokia 7.1 and the Nokia 8.1 do include notches, so what do we know?

All of these details simply confirm a lot of what we already know but this confirmation in press render form does mean we are likely to see the Nokia 9 PureView at MWC.

As for rumored specifications, we expect the device to sport a 5.99-inch display with 2K resolution and 18:9 aspect ratio. The Nokia 9 is also expected to be powered by last year’s Snapdragon 845 SoC, backed by 6GB of RAM and 128GB onboard storage — it’s unclear as yet if this will be expandable. Battery capacity will come in at a rumored 4,150mAh for superb all-day performance.

We’re intrigued by the Zeiss-branded five-camera setup, as this would be one of the very first smartphones to have five rear-facing lenses. These renders show the seven cut-outs, with one reserved for the flash and another likely for a laser-assist focus or white balance meter.

There is very little information on what each lens will bring to the Nokia 9, but we wouldn’t be surprised to see at the very least one telephoto zoom lens and a wide-angle option. Speculation is that we will see one high-resolution primary sensor backed by an ultra-wide sensor, a depth of field sensor for background bokeh photos and a telephoto zoom lens. The fifth lens could potentially be a monochrome sensor or even a 3D ToF sensor.

We have some high hopes for the Nokia 9 camera setup, even if the actual array does induce a little bit of dread simply by looking at it.