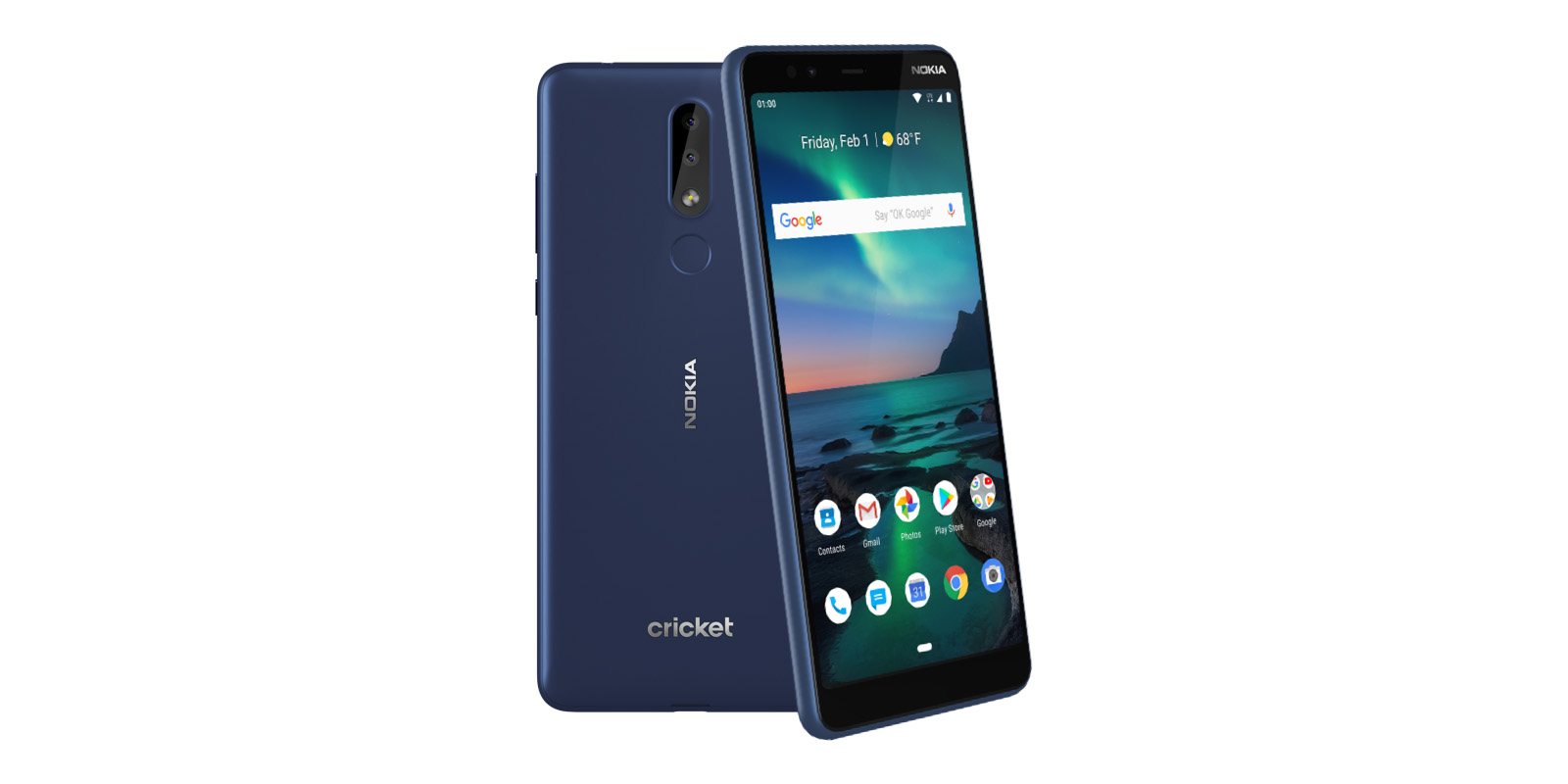 Since HMD Global brought the brand back to smartphones a couple of years ago, Nokia has seen a lot of success overseas in European markets. Its presence in the US and North America in general, though, has been minimal. Today, HMD Global is announcing new carrier deals to support its long-term strategy for Nokia in the United States, and that includes two new devices launching today.

HMD Global has officially revealed today that it has signed deals with three North American carriers – Verizon Wireless, Cricket Wireless, and Rogers Communications. These three carriers will all support devices from the Nokia brand, with both US carriers launching devices today. Maurizio Angelone, HMD Global’s VP for the Americas says:

Just over two years ago, on a global level, we committed to delivering reliable and durable Nokia phones through purposeful, distinct design… Thanks to fantastic consumer response, we are now proud to be in a position where we can expand our foothold in North America by partnering with some of North America’s largest wireless providers.

For today’s launch, two new smartphones are being announced, the first of which being the Nokia 2V for Verizon Wireless. Designed for the carrier’s prepaid network, the Nokia 2V offers a decidedly low-tier spec sheet. At the core, you’ll find a Snapdragon 425 chipset and that’s paired with 1GB of RAM and 8GB of storage. That sounds minimal, but it’s all powered by Android Go which requires less intensive specifications. It is still based on Oreo, though. 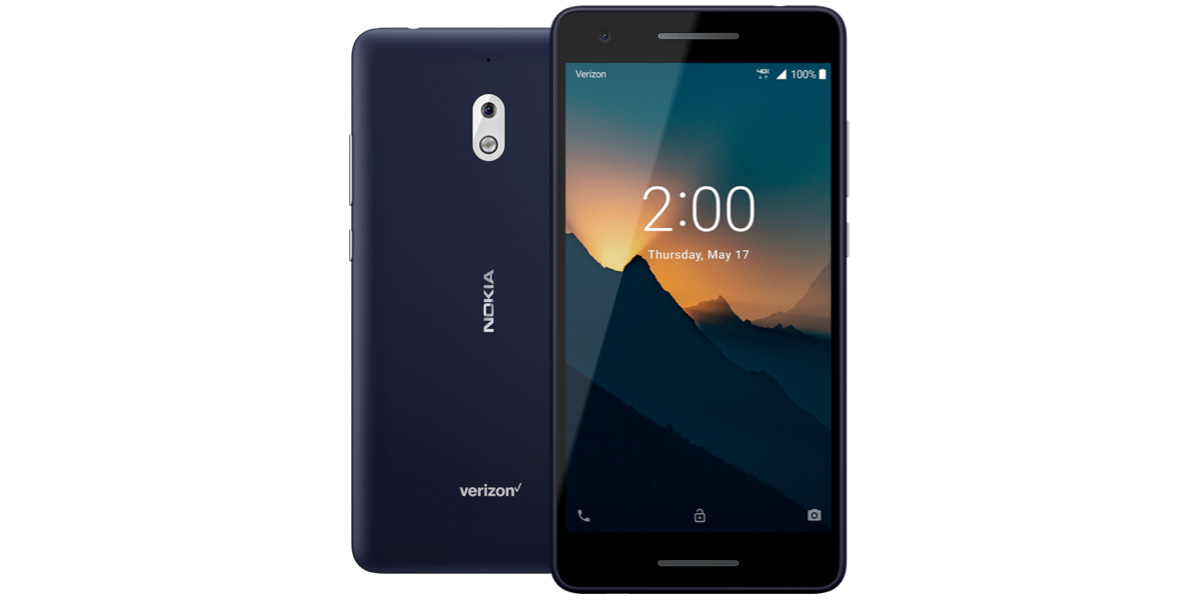 Like the Nokia 2.1 it’s based on, the Nokia 2V also offers a 5.5-inch 16:9 display, 8MP rear camera, 5MP selfie shooter, and a mostly plastic build. What will probably make it particularly attractive, though, is the embedded 4,000 mAh battery which Nokia claims will last two days on a charge. , but HMD Global says it will be available from January 31st.

Update 1/31: Verizon Wireless has officially opened up sales of the Nokia 2V on its prepaid service today. The phone costs $69.99 and is available for shipping today. As mentioned, it has 8GB of storage and comes in a “blue/silver” color variant.

Verizon is also offering a promotion along with this new device. For a “limited time,” users can get a Verizon prepaid plan with 15GB for just $45 a month and use the Nokia 2V on that service. Current users can also redeem the bonus data by upgrading or re-activating the current 8GB/$50 plan.

Landing on Cricket Wireless starting today is the Nokia 3.1 Plus. As a slightly altered version of the device which launched in other regions last year, this version of the Nokia 3.1 Plus delivers a few welcome upgrades. The MediaTek chipset is swapped for a Snapdragon 439 paired with 2GB of RAM and 32GB of storage. Further, the microUSB port is ditched for USB-C. There’s also a 6-inch HD+ 18:9 display, dual-camera array on the back with 13MP and 5MP cameras, as well as an 8MP selfie shooter. There’s also a 3,500 mAh battery under the hood.

For the $159 Cricket Wireless will be charging, the Nokia 3.1 Plus looks like a pretty solid option. Notably, though, there’s no Android One here. Android Pie is pre-loaded out of the box, but it’s not a part of Google’s program. The phone is also available solely in a blue color option. 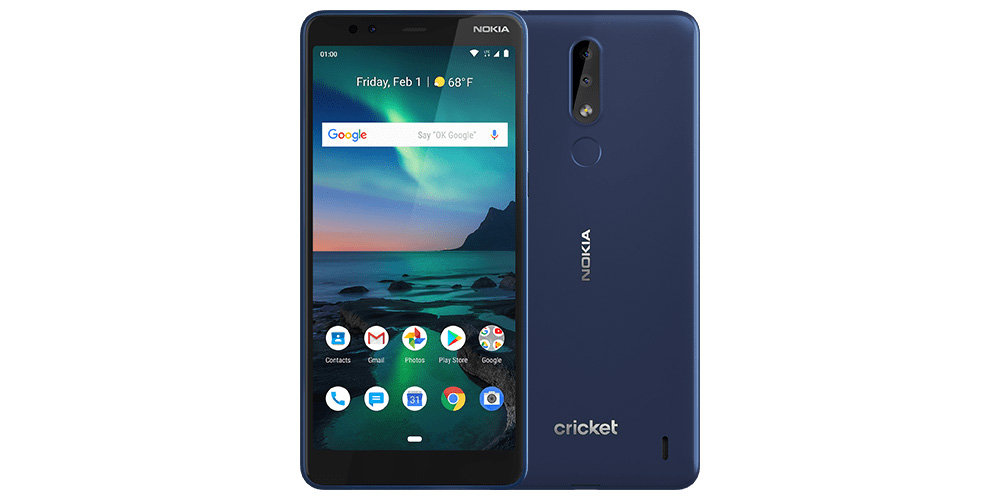 HMD Global’s plans for Nokia in North America don’t stop with these two phones in the US, though. Another device will arrive on Rogers in Canada soon, but specifics haven’t been provided there. Hopefully, we’ll also see more action in the unlocked market too following the excellent offering in the Nokia 7.1.