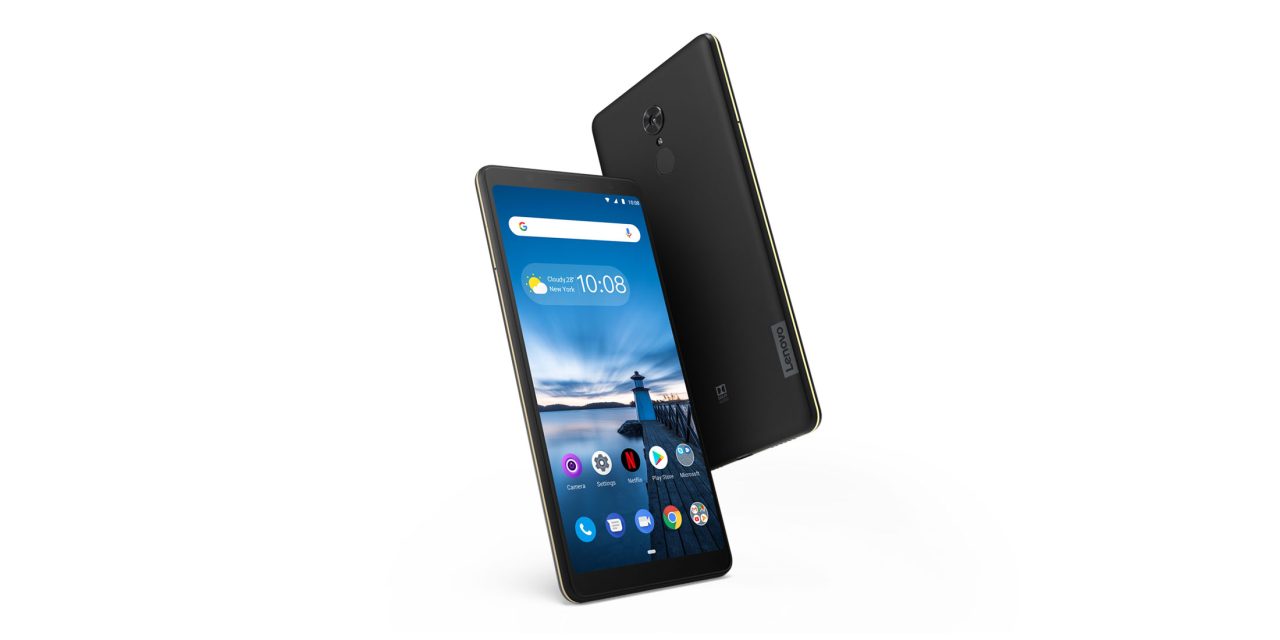 Over the past few years, smartphone screens have been getting bigger and bigger, but their overall size has gotten smaller thanks to taller aspect ratios and slimmer bezels. Now, Lenovo is taking that formula to new extremes with its new Lenovo Tab Y7 – a 6.9-inch mid-range Android smartphone that doubles as a tablet.

Announced at MWC this week, the Lenovo Tab Y7 is a “smartphone” the size of some of the best old Android tablets. With a 6.9-inch FHD+ display, the Tab Y7 is no small beast, but it slims down a bit in two ways. Firstly, it adopts an 18:9 display aspect ratio. Second, the bezels are trimmed down quite a bit, especially considering the affordable nature of the device. Lenovo says there is an 81% screen-to-body ratio.

To further enhance the Lenovo Tab Y7 for entertainment, as if the large screen wasn’t enough, Lenovo has baked in front-facing speakers. These Dolby enhanced speakers should provide a better audio experience and there’s also support for 128GB microSD cards alongside the built-in 64GB of storage for storing movies and more.

Unfortunately, this is still a budget device, so it won’t exactly be amazing for games. Under the hood, the Lenovo Tab Y7 offers a Snapdragon 450 processor and 4GB of RAM. Android Pie is pre-installed too, and Lenovo has also baked in a 5,180 mAh battery inside. Rounding out the specs are a 13MP rear camera, 5MP front camera, and a fingerprint sensor on the back too.

The Lenovo Tab Y7 probably won’t show up in the US market anytime soon, but the company is set to sell the product overseas for €249 starting in April.