Chromebooks used to be the laptops that cost a dime a dozen, but in 2019 you can get premium Chrome OS devices that pack the specs and designs that are capable of getting real work done. For the past couple of months, I’ve been using the Lenovo Yoga Chromebook, and for getting things done, it’s one of the best options currently available.

The Lenovo Yoga Chromebook, the C630, represents a couple of firsts in the Chrome OS world. For one, it’s the first option ever to offer up a 4K display. On top of that, it’s also the largest “high-end” Chromebook ever with a whopping 15.6-inch display. To me, though, the most important first it represents is being the first proper workhorse machine on Google’s platform.

For a premium Chromebook, the Lenovo’s Yoga Chromebook C630 doesn’t disappoint. Crafted from aluminum in a gorgeous “Midnight Blue” color variant, it’d be hard to disappoint. Aside from the color, though, Lenovo doesn’t disappoint when it comes to the hardware. This machine feels very durable and in the several weeks I spent testing it, it didn’t get a scratch either. Notably, though, it does pick up fingerprints quickly and easily, and they’re not easy to get off.

The one sore point of the hardware, though, is the weight. There’s never any getting around a 15.6-inch machine being heavy, and the Yoga certainly is. This machine is by no means light which means, most likely, it’s not a laptop you’ll be taking around town or on a trip. It certainly won’t be good for a flight. 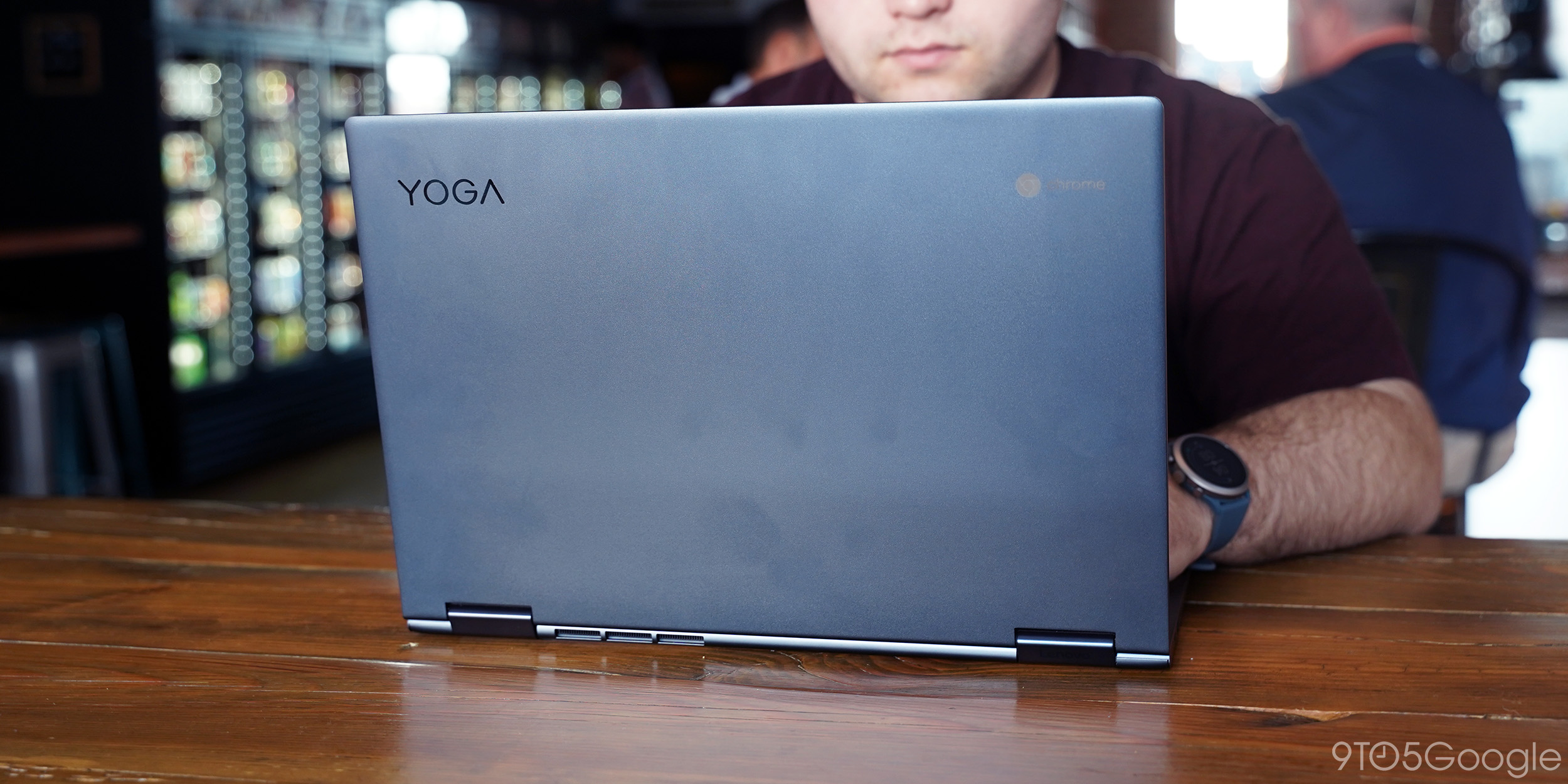 What makes up for that weight is the size. The Lenovo Yoga Chromebook has a 15.6-inch display, a rarity in the Chrome OS world. We’ve seen it on a couple of fairly low-cost machines, but this is the first premium machine with the feature. There’s a 4K variant that we’ll have further coverage on soon, but my review unit was a 1080p model and, honestly, I can say it’s one of my favorite Chrome OS experiences to date.

Having the truly massive canvas to work on combined with the 1080p resolution means you’re getting a machine that can truly do it all, at least given Chrome OS’ restrictions. On an average workday, I can have Slack, Spotify, and Chrome windows all open at once without losing sight of anything. I can’t say that about any other Chromebook right now, even the Pixelbook.

That screen is also touch capable. Personally, though, I never once took advantage of that feature. Using a device this large as a tablet is, frankly, a ridiculous idea in every conceivable way. The only time I did use the 360-degree hinge was to clean off the screen. 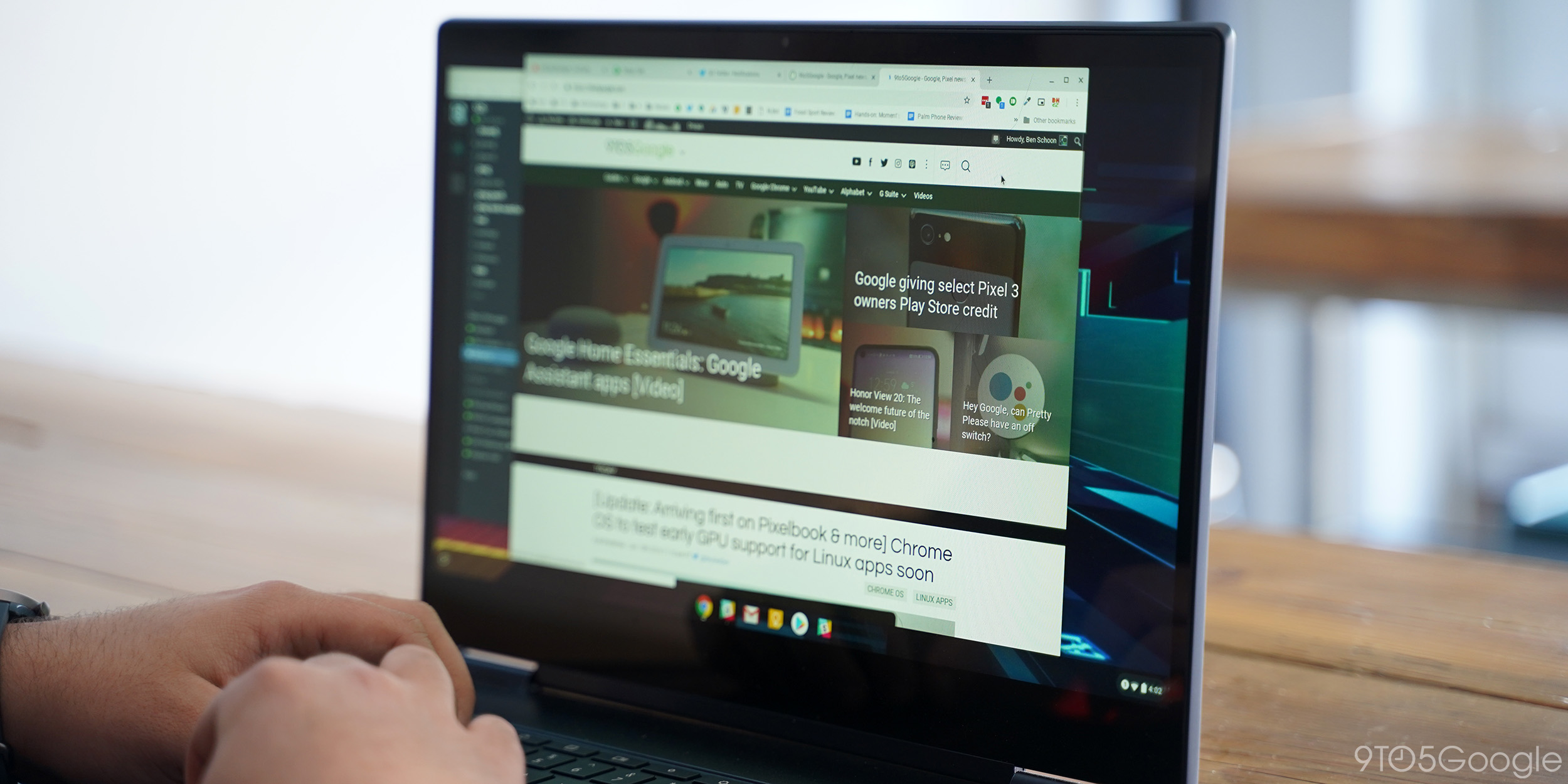 As a final note, brightness on the 1080p model is also pretty solid. It’s best used indoors, though. Outside it struggles to be seen on a bright day, but it does manage to get dim enough to be usable at night in a dark room.

Enhancing the canvas are the specs under the hood. My unit included an Intel Core i5 processor, 8GB of RAM, and a 128GB SSD for storage. Even with over a dozen tabs open and some Linux applications open too, this machine simply doesn’t skip a beat. I honestly don’t hesitate to say that, right now, this is the fastest Chromebook on the market.

This is largely thanks to the fact that Lenovo opted to use full-fledged Intel chipsets rather than the Y-series chips we see in other Chromebooks, even at this price point. My unit specifically offered up a Core i5-8250U. For that reason, it’s safe to say that if you want to get work done on your Chromebook and not get bogged down anywhere, the Lenovo Yoga Chromebook C630 is without a doubt the way to go. 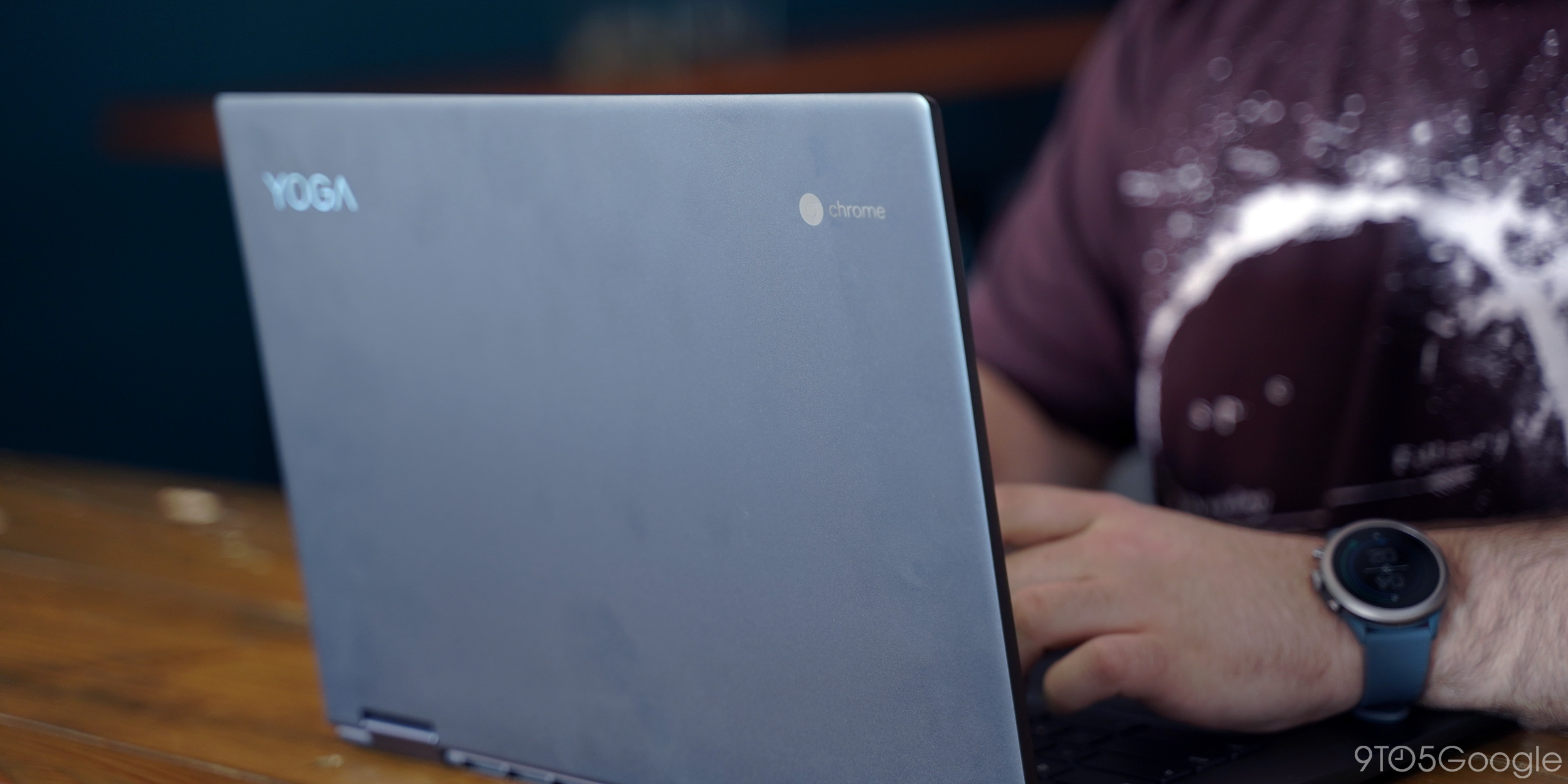 We’ll have more to say about how this machine performs under load soon. Our own Kyle Bradshaw is currently testing out the 4K model and will be following up with a review on how that model handles the needs of a developer who uses Chrome OS.

As with any big Chromebook, battery life on the Lenovo Yoga Chromebook is a highlight. That is, at least on the 1080p model I’ve been using. Typically, I can easily get through a full workday, roughly 6-8 hours of active use, on a single charge and leave about 30-40% remaining by the end of the day. With light usage and lots of standby, it’s easy to pull a full week out of this machine.

When it does come time to recharge, I really appreciate that the Lenovo Yoga Chromebook uses USB-C. There’s a port on either side of the machine for convenient charging. What I don’t like, however, is that the charging cable has a brick in the center. It’s 2019, we should be far beyond that.

The Lenovo Yoga Chromebook has USB-C ports on each side

As a side note, the 4K model simply won’t have the same results. From what I’ve been told by those using that model, battery life takes a serious hit, so you’ll have to decide if that extra resolution is worth the extra time you’ll spend charging.

This might be my favorite bit about the Yoga C630 Chromebook. The keyboard and trackpad on this machine are both delightful to use. The Pixelbook might be the only keyboard I like the feeling of more, but the keys Lenovo uses here are top-notch.

Typing takes just minutes to adjust to this size, and the large surface area of the machine means there are no sacrifices made with the spacing or layout. It’s a natural and excellent experience. I can easily type on this machine for hours at a time without feeling fatigued, and the key travel gives a satisfying click each time.

In my opinion, there’s just nothing to complain about with this keyboard. Well, except for the fact that some models don’t have a backlit keyboard. My unit did not, but models bought directly from Lenovo do. 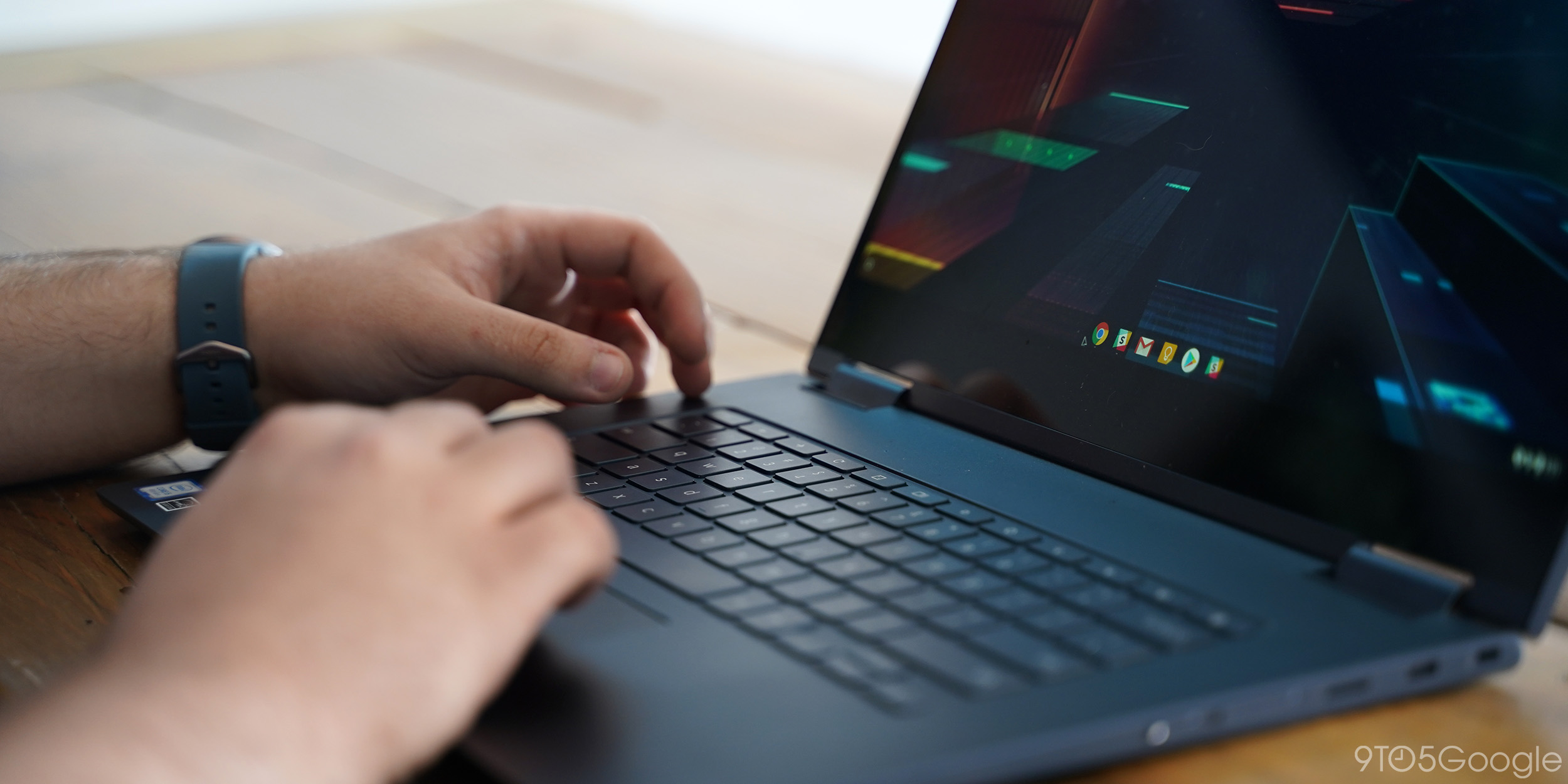 As for the trackpad, it’s as solid as Chrome OS gets. I still prefer the Pixelbook just a bit, but Lenovo’s option is solid. Touch response is quick and accurate, and the trackpad responds well to taps and presses. The spring mechanism still means you won’t be able to click down on the top of the trackpad, but that’s something I’m willing to overlook.

From the moment I opened up the Lenovo Yoga Chromebook C630 until the day I wrote this review, the constant thought in my head about this machine has been “this is a Chromebook I can actually get work done on.” It’s been a long time since I’ve been able to say that, as I’ve found myself gravitating more and more to Windows machines. If you’ve been looking for a Chrome OS workhorse that can keep up with everything you need to do, the Lenovo Yoga Chromebook C630 is it.

You can buy it now directly from Lenovo or from Best Buy. Pricing starts at $599, but at the time of writing the base i3 model is actually just $499.