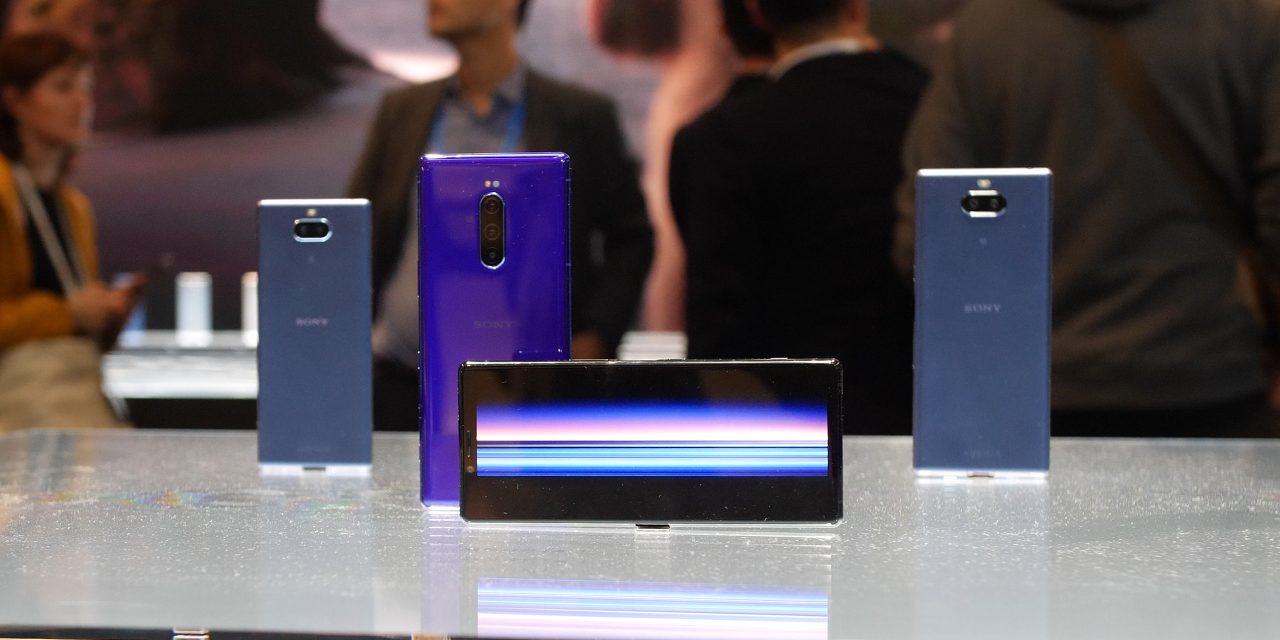 The Sony Xperia 1, Sony Xperia 10 and Sony Xperia 10 Plus have to be considered odd devices in many regards. For starters, we weren’t really able to actually use the Xperia 1 during the official MWC 2019 launch as the software is still very much in an unfinished state, but we did get to see what the device can offer up close and in person.

We didn’t have issues getting hands-on with the cheaper Xperia 10 and Xperia 10 Plus, which offer a taster of what the flagship Xperia 1 will be capable of.

Sony is banking on our desire for content consumption with a true 21:9 aspect ratio on all devices and with the Xperia 1, a genuinely amazing 4K HDR OLED display. The handset really blows many others on the market completely out of the water when it comes to both content consumption and even content creation.

The questions does remain: Are people interested in even taller displays and is there enough content to consume in the movie standard?

There has always been something about Sony devices that has always attracted my attention, the Xperia 1 definitely stands out thanks to the elongated display. The Xperia 10 and 10 Plus do have that same 21:9 aspect ratio but for sheer quality, the Xperia 1 is lightyears ahead.

Sony has earmarked this 21:9 aspect ratio as their core differentiator and even as we are seeing devices become more and more homogenous, seeing a tall, thin handset really does make it stand out in a lineup of more boxy devices. 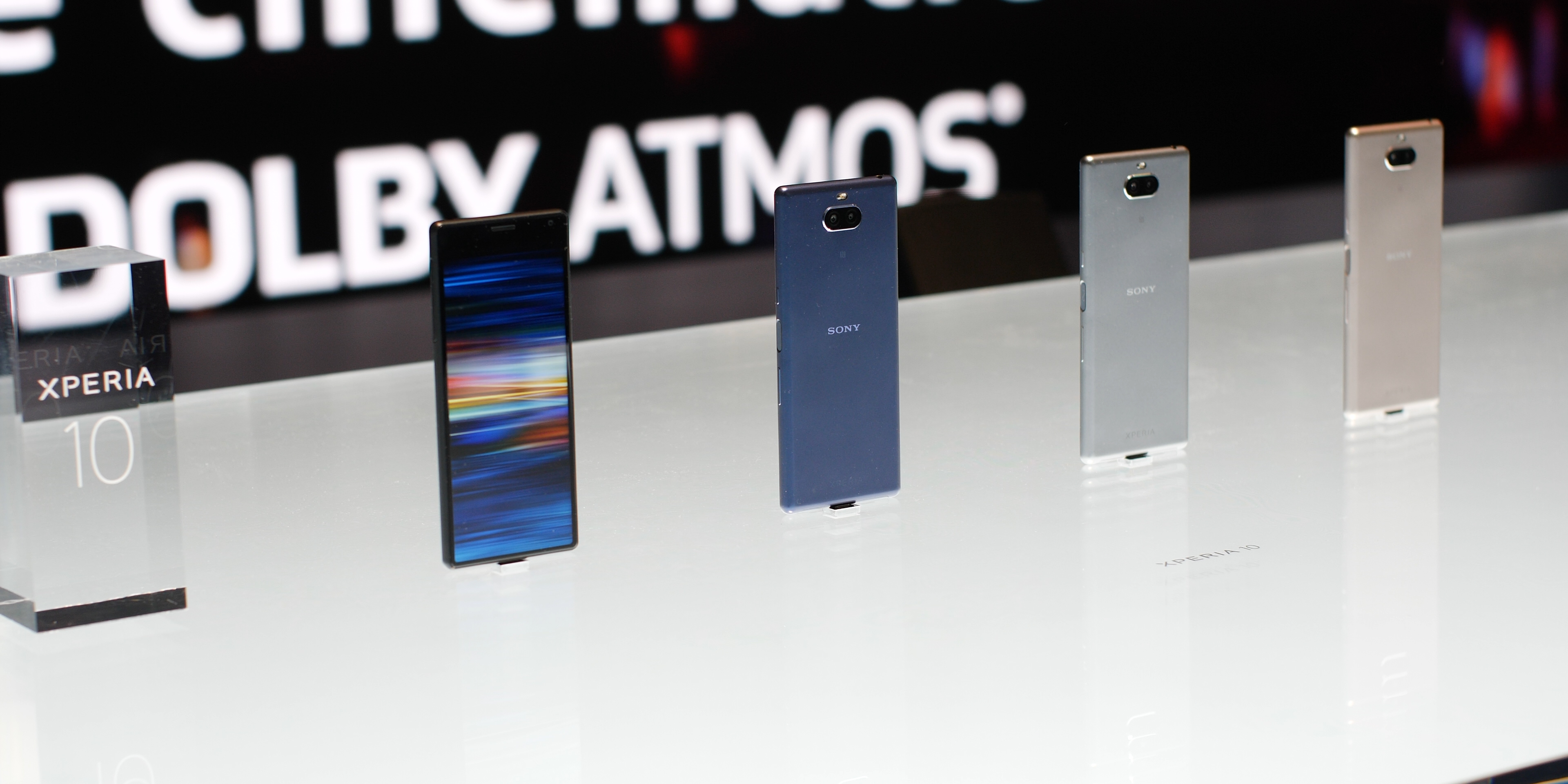 Ultrawide gaming displays are becoming more and more popular in the PC gaming scene, so maybe there is a market for the avid mobile gamer too. The extra screen real estate might not seem like much but in games like Asphalt 9: Legends it does improve the immersion on a handheld display.

A representative for Sony also told us that the company are working closely with developers such as Blizzard to improve the gaming experience in Fortnite. If you are serious about the game, the 21:9 aspect ratio will give both a wider field of view (once optimized for the hardware) and provide a definite in-game advantage.

One negative aspect of this increased aspect ratio is that in practice true 21:9 content is a lot harder to find outside of movies and videogames. A quick search of YouTube and you’ll get the odd movie trailer. 2:1 video does look good though but in reality, they look better when played fullscreen on a now standard 18:9 display — notches can ruin this in my opinion.

The color options on the Xperia 10 and Xperia 10 Plus are a little bit on the simple side. You get black, blue and gold options on the mid-range handsets. Sony has saved the best colorways for the Xperia 1. The purple was easily the most striking but the white, black and gray colors offer a decent array of options to suit most styles.

While I can’t honestly talk about the performance of the Xperia 1 explicitly, when observing the Sony representative who walked us through the device it seemed to run well and had no issues with much of what they were able to show us.

The Xperia 10 and 10 Plus though were two devices that I must admit didn’t run as well as they could have. I noticed some severe lag on a few occasions. However, I am kind of willing to forgive and forget should a review unit be free of these issues I observed. 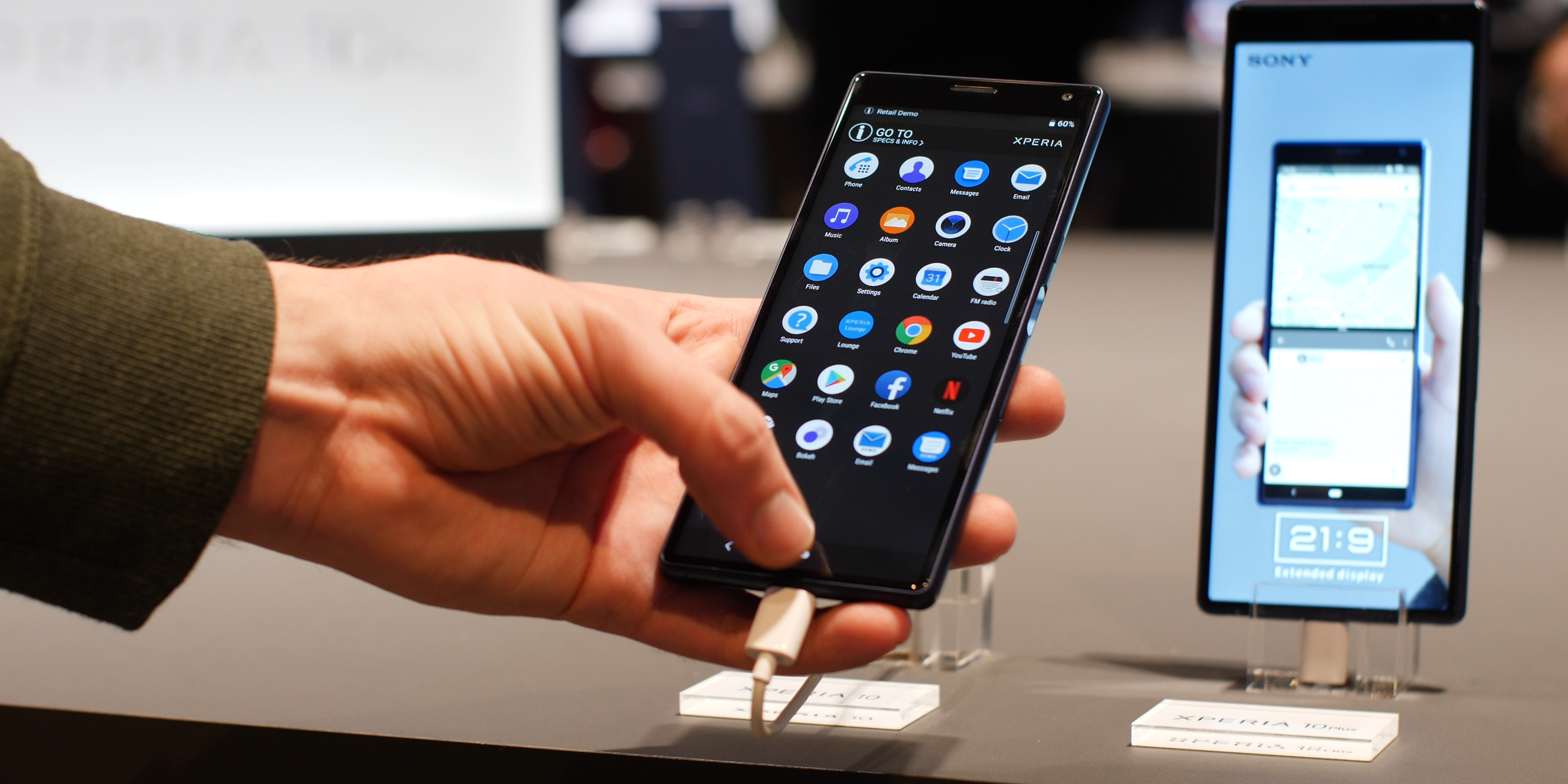 At the end of the day, these tethered devices were under the hot show floor lights for several hours before I had the chance to have a thorough play with them. Tradeshows like this are always going to be a tough place for devices and so I simply hope that this was a hiccup due to higher than intense usage.

Think about it, your phone often goes into your pocket for a cooldown but these devices simply don’t get that downtime in-between patrons picking them up and messing with them. That said, the Snapdragon 636 chipset and 4GB of RAM should really provide adequate everyday performance.

My last experience with Sony Android devices was some time ago, with the Xperia Z3. I wasn’t a huge fan of the Sony skin, so with such a huge hiatus — for myself at least — the lighter almost Stock experience benefits the handset to no end. As long as Sony supports these handsets and the issues do not transfer over to a final release model, then the general experience should be more than palatable.

I can’t really comment on the quality of the stills of the Xperia 10 and Xperia 10 Plus confidently. The dual cameras seemed to do well given what little I was able to take a picture of but as with any hands-on session, it’s hard to really discern if they are exceptional — although I wouldn’t expect that given the entry price points of both phones. 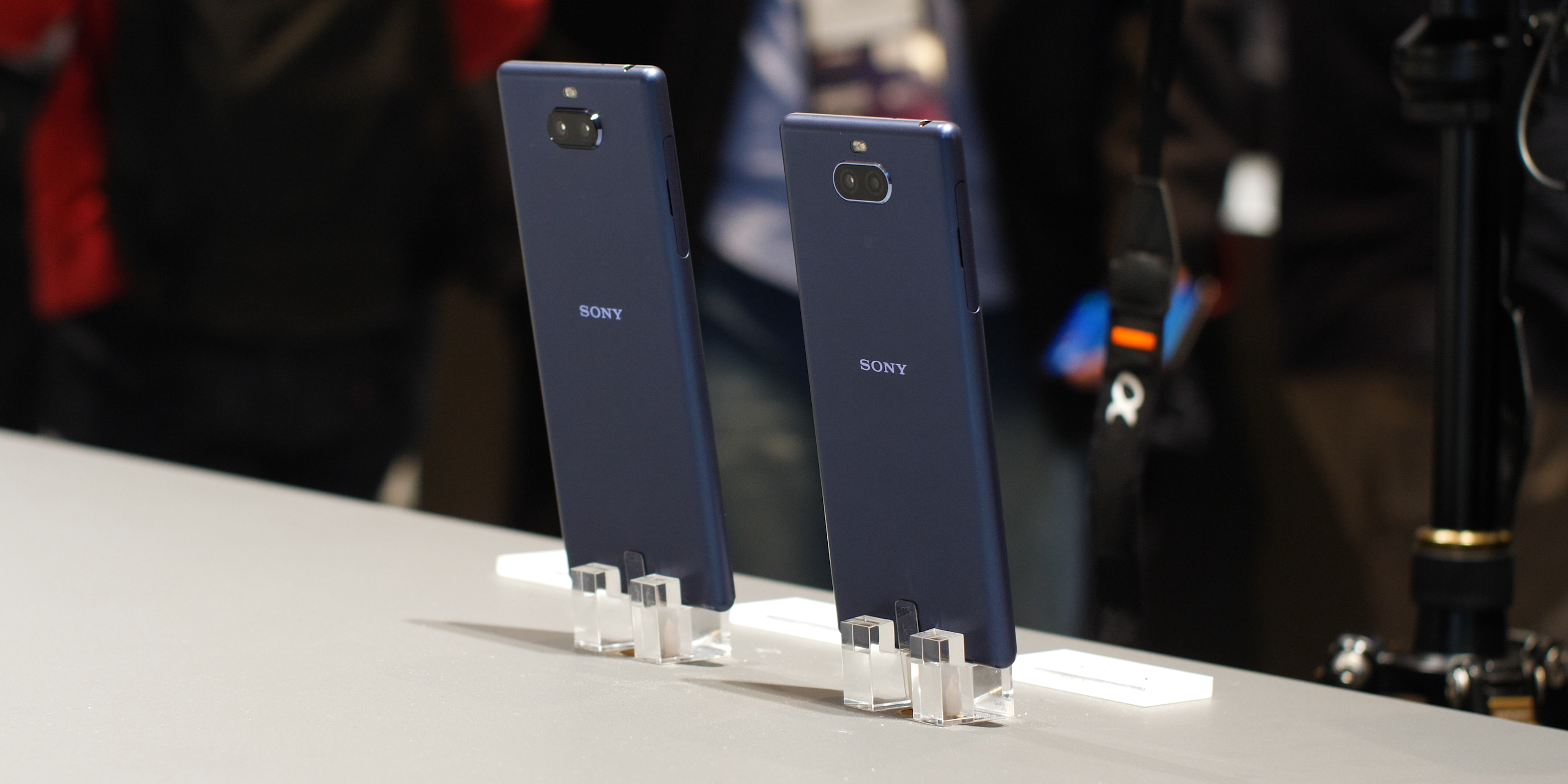 Now the Xperia 1 is most definitely a videography focused camera from the very outset. You can record 4K video in that 21:9 aspect ratio (16:9 can be recorded too). The video modes include an array of Pro modes with true manual shooting controls and even some filters that were developed by the Sony camera hardware division.

Anyone with experience of Sony camera hardware should feel right at home as the controls have been designed to mimic the camera experience. Hopefully, the OIS will help the overall shooting experience. The specs of the Xperia 1 camera are a little beefier and includes an extra lens over the mid-range 10 and 10 Plus. That means we get three 12-megapixel sensors with one at f/1.5-2.4 with OIS, an Ultra Wide lens at f/2.2 and a 2x telephoto zoom lens at f/2.4.

Stills photography might not be this device strong point but with Sony sensors being trusted by much of the industry, we expect it to be more than capable in the photography arena.

I’m not quite as excited for the Xperia 10 and 10 Plus as they do feel like an appetizer for a bigger main meal flagship handset. Although this criticism could be levelled at almost any mid-range device series on the market right now.

I will say though, that I’m willing to forgive them for having some issues as the test devices, as these were no doubt running almost constantly at the Sony experience stand at MWC. That said, the lag was noticeable at times and did ruin my first impressions a little but won’t let it affect any impressions of a review unit — which I’m sure will be absolutely fine.

The Xperia 1 is a handset that as someone who works almost primarily in video, I have a heck of a lot of interest in. The 4K display is simply gorgeous. Then when you combine that with the 10-bit colors and eye autofocus taken directly from the A7 III mirrorless camera and you have a device that in the videographer point of view really starts to become very attractive indeed.

Sony has worked closer than ever with other internal divisions to help make this potentially the best Xperia phone ever. If the gamble on a taller phone and more cinematic aspect ratio pays off, then it will be a worthwhile working arrangement. I for one am really excited to see these devices in action.