Getting up close with the OnePlus 5G prototype [Video] 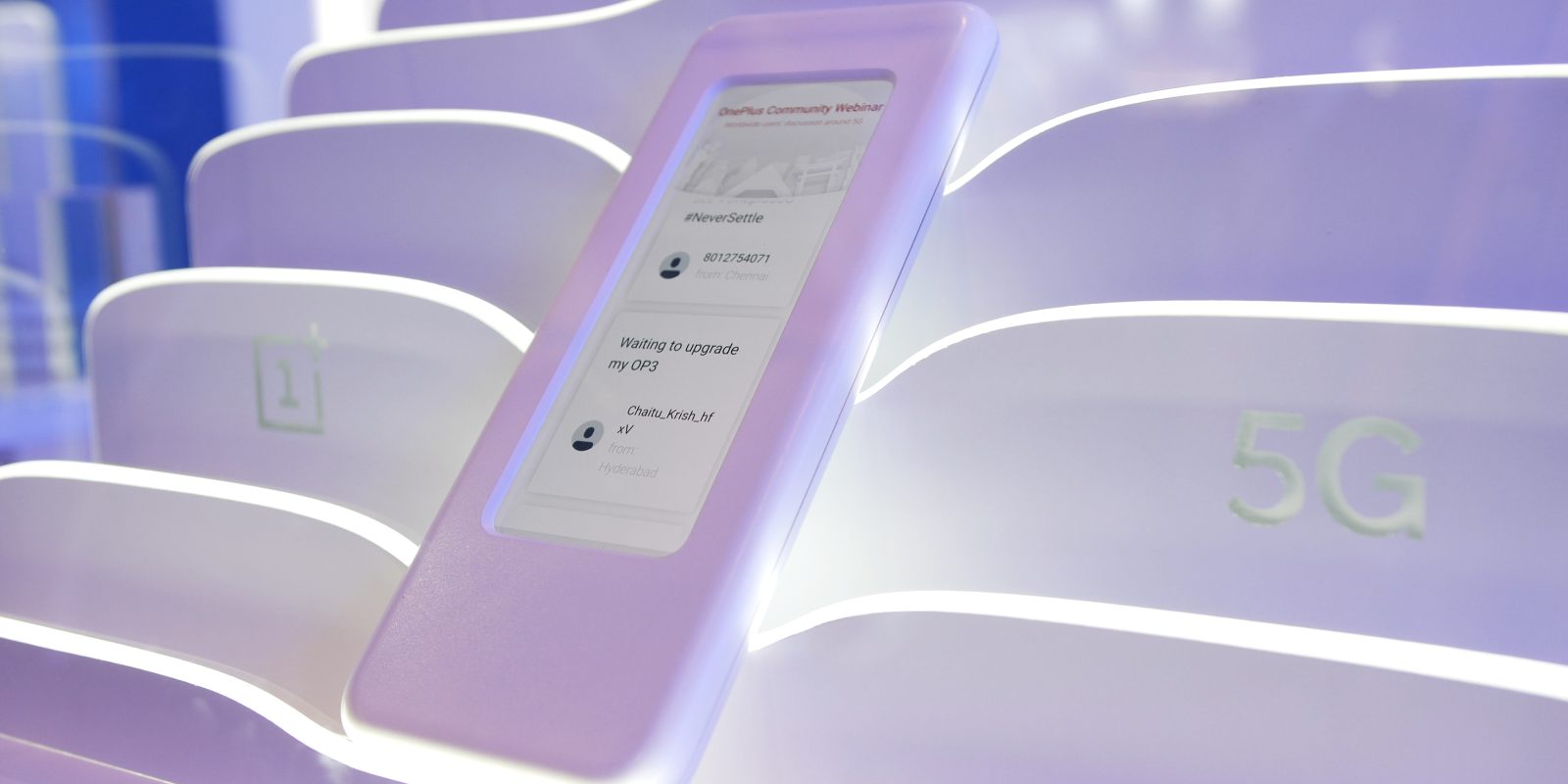 At MWC we were told that we would see the first OnePlus device to include 5G connectivity. Well, that kind of turned out to be true as we have seen a OnePlus 5G prototype device that was connected to a 5G network and streaming games from the cloud streaming service Shadow.

Such is the secrecy surrounding this device we have only had a glimpse of the case in which the handset is hidden within. We wonder what lies beneath the white plastic sarcophagus.

It’s worth pointing out that OnePlus did not have an official stand at MWC 2019. But like many other OEMs using the Qualcomm X50 5G modem, they had a place on the dedicated Qualcomm stand to showcase the new superfast connectivity that has dominated almost all of MWC in 2019.

The thing is, that although the showcase had the device available to view, OnePlus is keeping their cards close to their chest with most of the design beyond the display.

We saw a handset leak that potentially had a slider-like design and this could very well be what we got a glimpse of at the Qualcomm stand at MWC.

Even during a period where the handset appeared to have some issues with overheating or losing connection — that will happen when running on an 11-hour continuous gaming loop — I was also unable to catch a glimpse of the handset when OnePlus employees rushed to quickly reset the smartphone before placing back in the protective white encasing.

This OnePlus 5G handset was simply running Ace Combat 7, yet it still managed to draw crowds, such is the appetite for any OnePlus hardware no matter the real lack of detail.

In operation, it seemed to work well, but wasn’t perfect. However, I will put that down to a few variables at play that could have caused things to go less than smooth. You could see the several periods of lag and beyond that, the Xbox One controller lost connection a few times during the time I observed the device and the OnePlus rep playing the game. 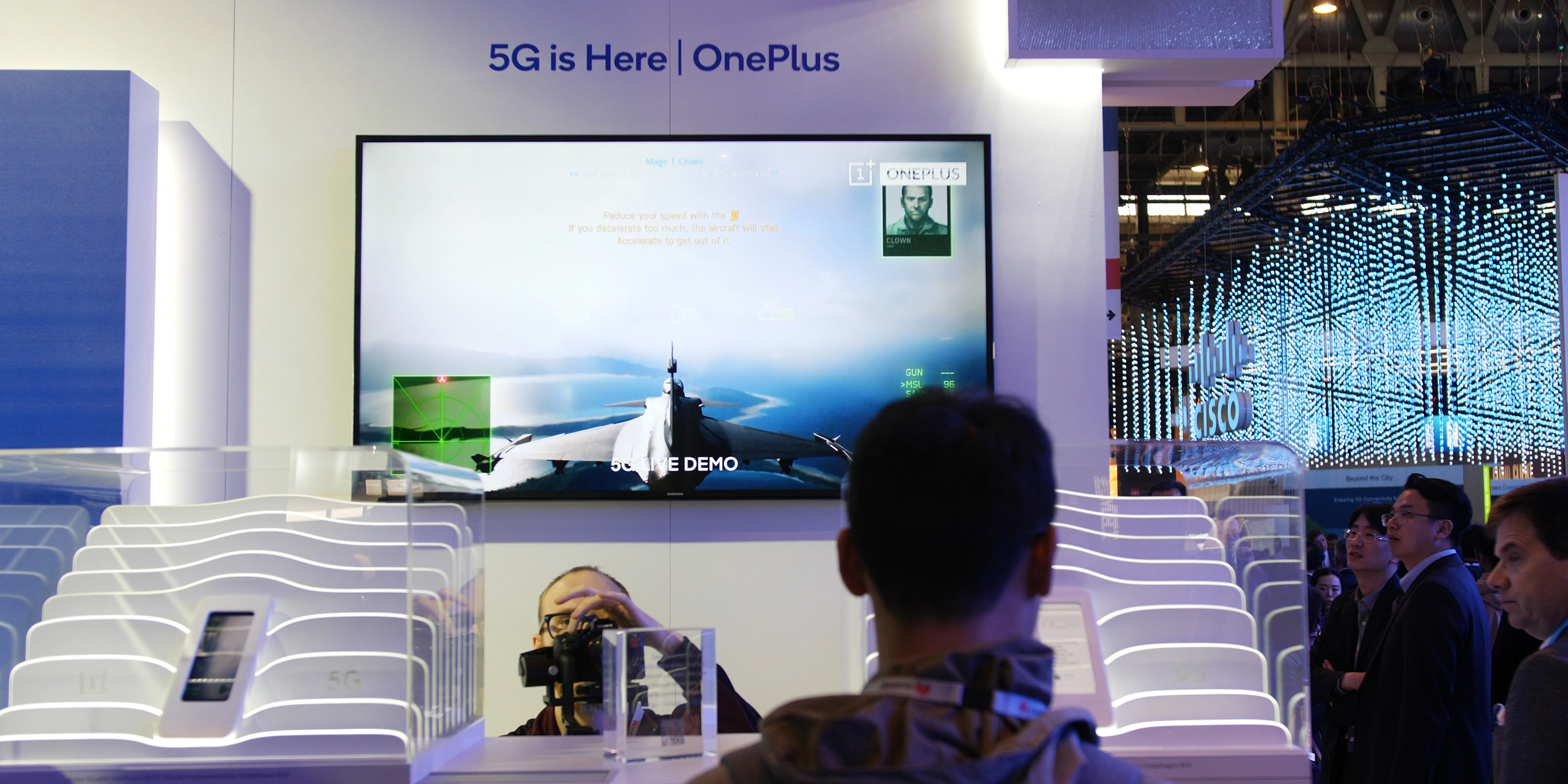 The OnePlus 5G handset was connected to the cloud gaming platform Shadow via a server in Amsterdam and appeared to have almost zero latency. Mobile gaming will be sold as one of the core advantages of a 5G-connected system.

OnePlus has clearly understood the potential that offsetting the internal hardware in favor of connection could potentially enable savings to be made in the actual mobile hardware moving forward. We still expect future devices to include top-tier specifications though.

The game streaming platform acts simply as a bridge between the OnePlus handset and a much more powerful gaming rig that does all of the graphical and processing grunt work. Android games would be relegated to mere side stores if you were serious about mobile gaming. It could also be the ultimate link between your static Steam library and your mobile device all thanks to super high-speed, low latency connections.

You could argue that this is currently possible with 4G connections and networks. But while it is currently possible, there is a distinct degradation in quality and with 4G networks being much more spotty than 5G will potentially be, this could be a massive area of growth for the mobile gaming space. That said, the Shadow service has been designed to work on current 4G networks so do we really need 5G for this to work on current devices? Maybe not. 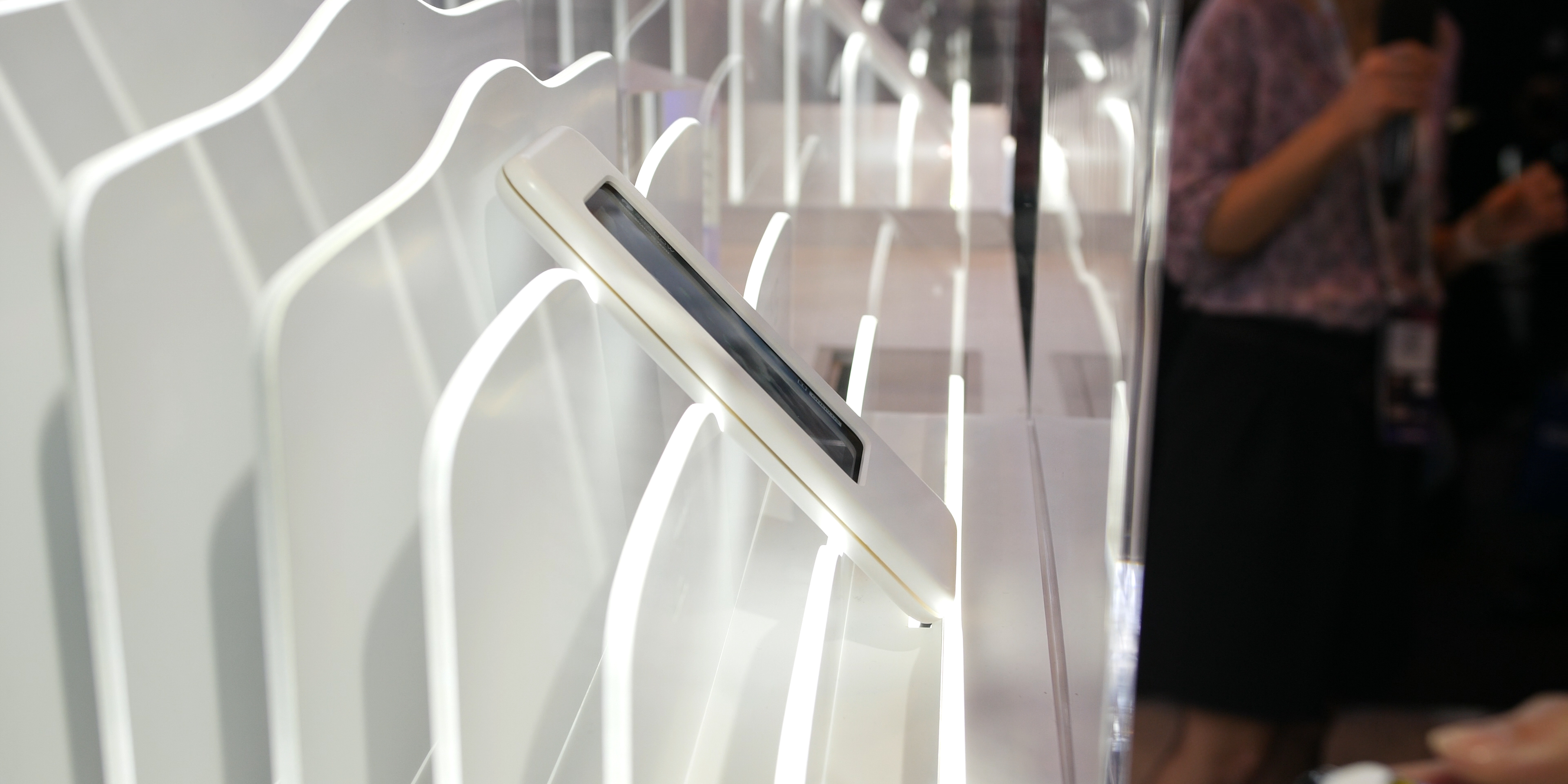 We do know some of the internal specs of this handset, as we know for certain that it was utilising the Snapdragon 855 chipset and the Qualcomm X50 5G modem. Beyond that, other specs remain a mystery.

It will be interesting if OnePlus does opt to go down the gaming phone route, with partnerships with streaming platforms such as Shadow once this device is finally unveiled. Previously, OnePlus’ CEO confirmed that this handset will likely cost up to $200 or $300 more than a 4G variant. Are you willing to pay a premium for connection to a currently almost non-existent network? Personally, I’m not sure I would.

Let us know in the comments section below if you have any questions or if you are excited for the upcoming 5G OnePlus device.