Nokia 9 PureView hands-on: Weird as hell but could be a camera challenger [Video]

With the Nokia 9 PureView, HMD is aiming for a seat towards the top of the camera charts alongside some of the best devices out there.

For starters, this is the first device available with five rear-facing cameras. I can’t say personally that I am a huge fan of the design as it really does induce a deep — until recently unknown — trypophobia inside me, but I can appreciate that it really does set this device apart from the crowd.

With Nokia taking greater strides into the US market, this could potentially be an exceptional alternative to many other brands on the market if you are adamant that your device runs Stock Android, don’t mind a slightly older chipset, and want one of the most unique designs of any smartphone.

There are a few key things to note about the Nokia 9 PureView before we delve into the actual design of the handset. Internally, this device does not include the latest Snapdragon chipset, instead, it relies on last years Snapdragon 845.

You might think this is a bit silly, but an actual fact given that the Nokia 9 PureView is an Android One device, but it could, in reality, perform much better than devices with the newer (and more expensive) Snapdragon 855 chipset.

I for one prefer better hardware optimization than simply relying on potential hardware performance to ensure good user experience.

The Nokia 9 hasn’t been the best-kept secret, but not many smartphones are these days. However, Nokia did manage to keep specific details about the camera hardware under wraps until launch day. 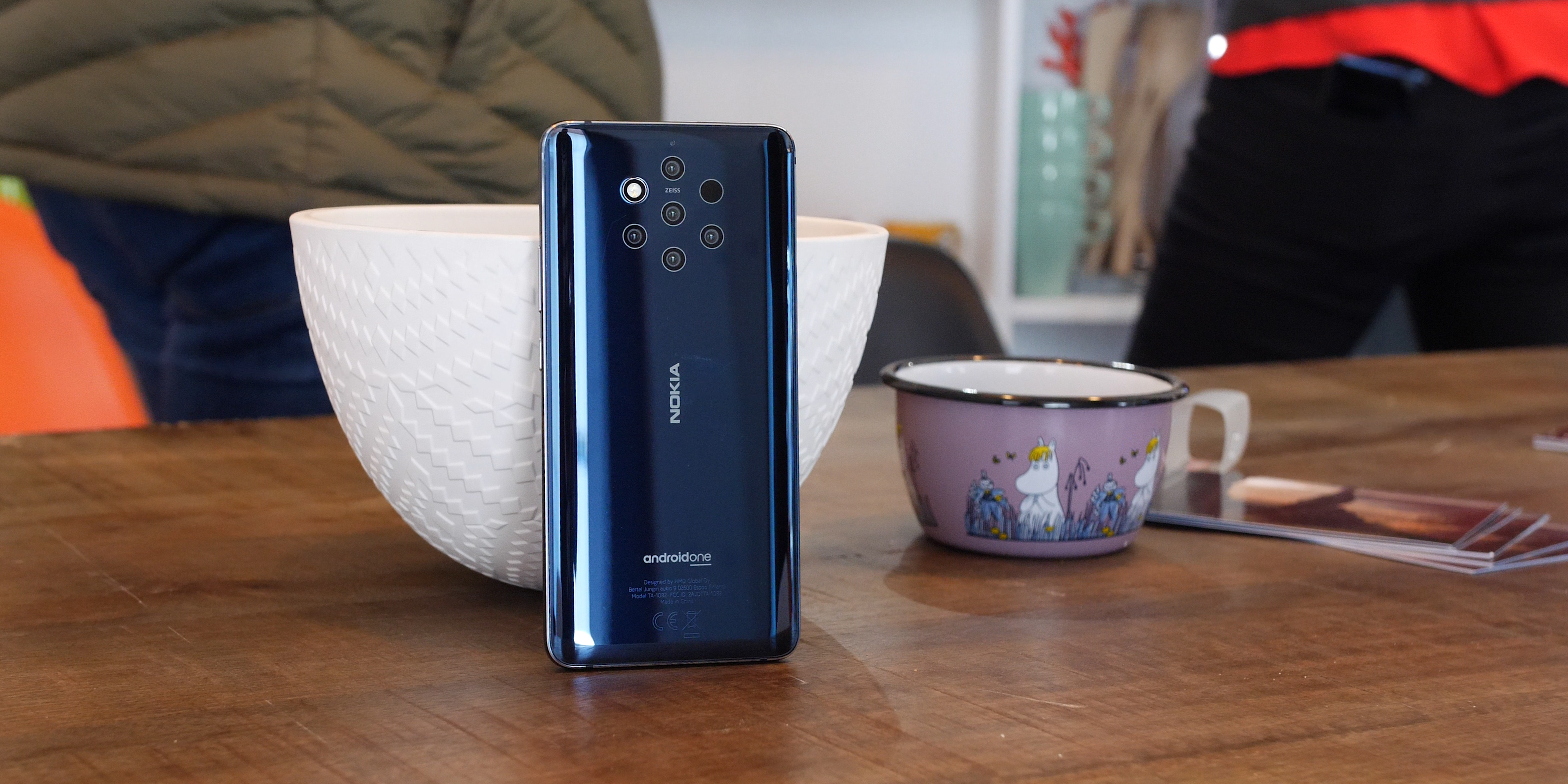 Back to the base specifications though and you’ll see that the Nokia 9 sports a 6-inch QHD+ OLED display (5.99-inch to be precise) with a 2880 x 1440 pixel ratio that is HDR10 certified. I found the display to be crisp, clear and bright, but I can’t honestly say how it will look in direct sunlight.

Don’t get me wrong, I would have loved to have seen slightly less bezel at the top and bottom of the Nokia 9 PureView, but it won’t ruin the usability experience given that the OLED display is very pleasing to the eye.

Under the display is an optical fingerprint reader that I found a little bit hit and miss in practice. Registration took little to no time at all, but I found myself misaligning my thumb on several occasions trying to get into the locked device.

The Nokia 9 software did prompt me to press harder on several occasions, which did solve the problem but I was quite concerned about pressing too hard. I’ll definitely try and get to grips with the handset and work out if it was myself or the software come the full review. 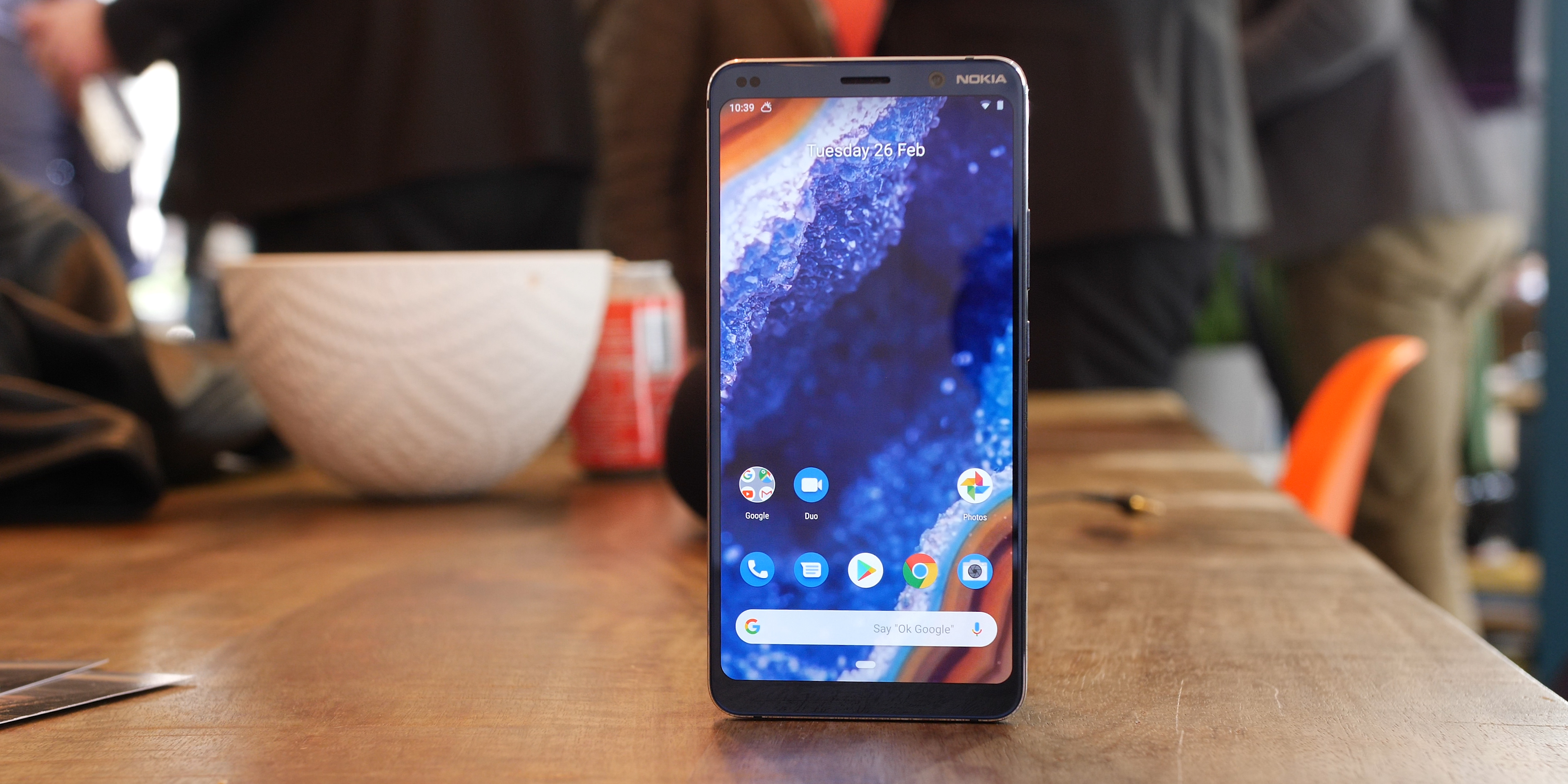 It is a glass sandwich style device, the back of the phone being the most attractive and divisive portion for certain. I adore the glossy, two-tone Midnight Blue color, but I still can’t really say the camera holes are the nicest to look at by any stretch. Again, I’m going to put this down to my latent trypophobia.

The camera array adds no bumps to the back of the device either, which instantly had me onside once I was able to get up close and personal to try and rid myself of my fears.

I will also say that like many Nokia handsets, this feels exceptionally well put together. I can only describe it as ‘solid’ — for which older Nokia devices seem to be the gold standard.

Naturally, the super lightweight vanilla Android One slapped onto the Nokia 9 and Snapdragon 845 chipset — despite being a little older — absolutely flies through the basics. I have no issues as specification wise it matches the Pixel 3 and I have had no real issues with my device in the day-to-day performance stakes.

Multi-tasking could arguably be better than the Pixel 3 too, as this device packs in 6GB of RAM compared to 4GB found in the Google flagship. Either way, Android Pie feels superb as it has on almost all Nokia devices that can garner the update — the Nokia 7.1 being a notable model.

Due to the plain taste of Android One, there is very little in the way of software extras. The camera is where the Nokia 9 PureView forks from the Pixel in terms of taste.

Now, as you can expect, the camera was tough to really get to grips with when you only have a short period of time with it, but the device does seem to have two definite sides. The front-facing camera seemed average at best, but the rear cameras seem to be pretty impressive.

For starters, we have five to talk about now. I would have to say that this phone is aimed squarely at photo enthusiasts as you can tune your photos until the cows come home — although you could say the same about most phones. 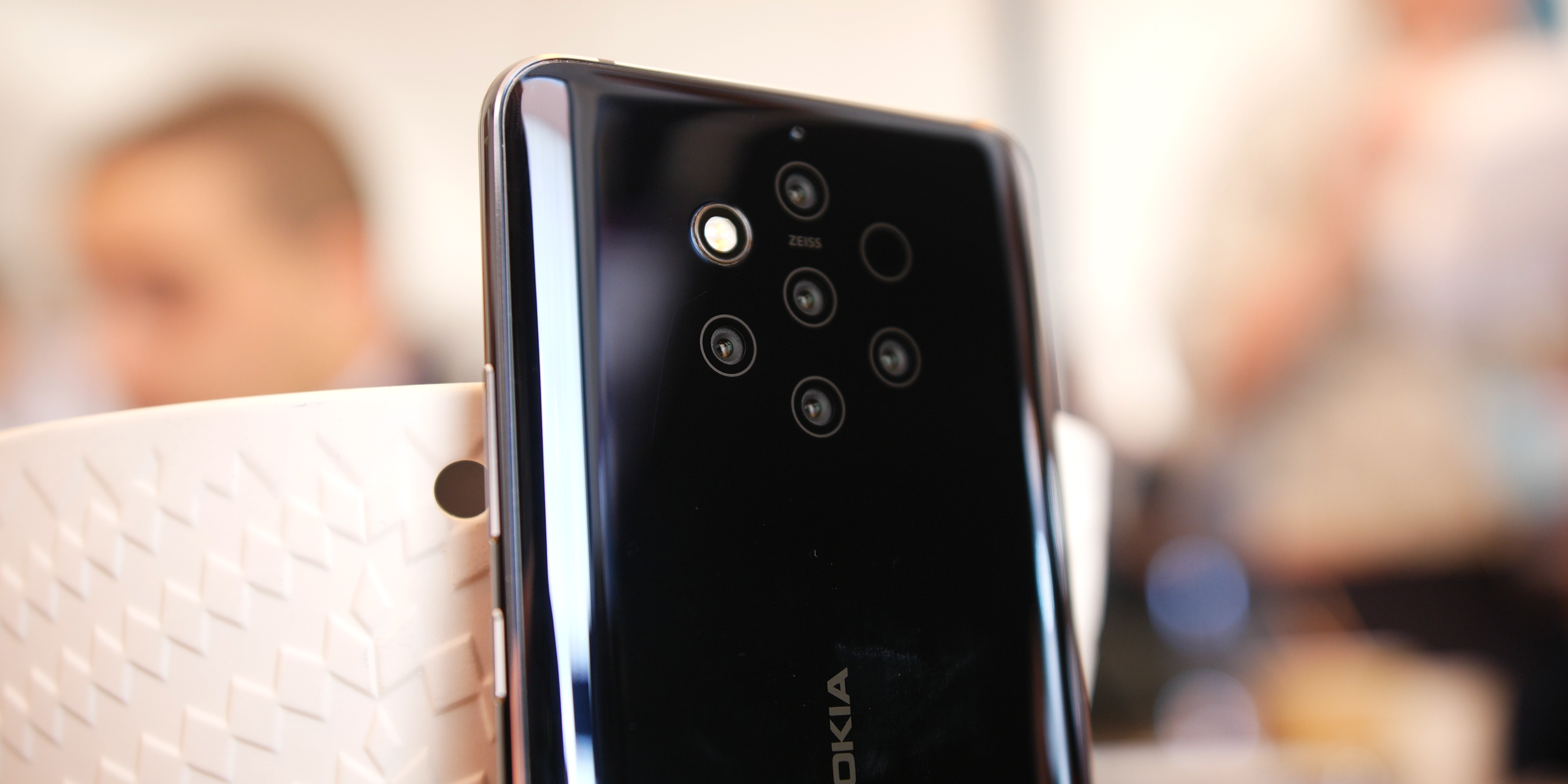 Each camera has a 12-megapixel resolution, with f/1.8 apertures. Two of these lenses are RGB and three are monochrome sensors. Every time you take a photo, the camera combines the image captured from each sensor to produce an image that should have exceptional dynamic range.

There is even a Time of Flight sensor on the back of the Nokia 9 PureView for helping to collect depth data for even better bokeh effects. You can also use it for the various AR applications that are available on the market for a more accurate experience.

The camera application too is filled with settings and even greater manual controls, which all point back to this being a camera for purists.

I am really excited to give the camera a thorough test drive in the upcoming full review, that is for sure. The bokeh mode can be applied after a photo is taken, which was quite neat to play with on many of the photos already taken on the test device throughout the ultra-photogenic Barcelona.

The Nokia 9 PureView is a pretty uniquely weird device when many devices are trying to stand out. The camera is undoubtedly the core selling point, but I have to say the overall package will most definitely offer a great experience for those that don’t really care about edge-to-edge displays or even having the latest and greatest processor.

Even without that, this will most definitely be a top performer. Software dictates user experience, clearly, HMD has understood this by opting to go down the Android One path and the handsets are really starting to gain momentum now because of that.

The only problem is that the Nokia 9 PureView is set to have a limited production run and pretty attractive price of $699, so it might not hang around for too long. I for one am excited to spend more time with this device — as I am with any Nokia smartphone.