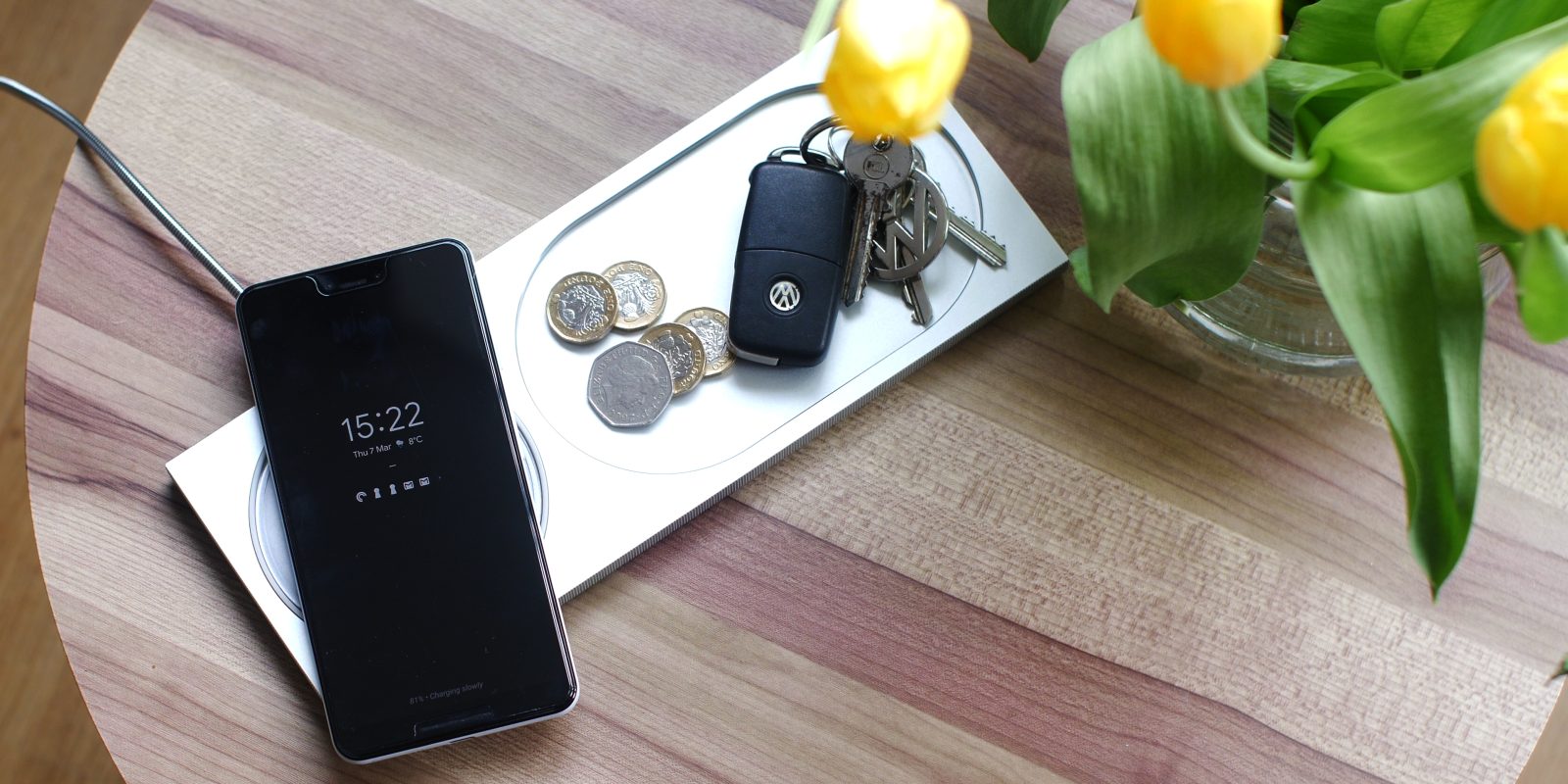 The Pixel 3 adding the ability to wirelessly charge is most definitely a smart move from Google. Well, we thought it might be about time we took a look at our own Pixel 3 Starter Kit full of premium wireless charging options.

Naturally, the Pixel Stand is definitely one of the best options thanks to that extra level of functionality and fast-charging ability, but there are some other exceptional and in many cases more aesthetically pleasing options on the market — although here we are focussing on the more ‘premium’ end of the market.

It’s worth noting that the Pixel 3 only supports fast wireless charging on Google-approved chargers. That sure is a little disappointing, as you’ll be stuck at 5W when the Pixel Stand can do 10W fast charging. That said, we’ve collated a Pixel 3 starter kit that is ideal for homes where you have multiple devices you want or need to charge at the same time.

Every single one of these chargers does support 10W fast charging. That does mean that if for whatever reason Google decides to drop their gripe with third-party wireless pads, you’ll be juicing up your Pixel 3 in no time.

We’ve also tried to include a range of price points. Not all chargers are created equal — as you’ll see. You can get some seriously high-end options that actually complement your interior decor, which does result in higher entry cost.

What can we say about Anker, other than they make seriously superb quality accessories — especially those of the power variety. This prowess in all things powerbanks and charge cables means you know just what to expect — well thought out and high-quality chargers.

Because of that, when looking for a solid and reasonably cheap wireless charger, I went straight to Anker. The small puck shape of the PowerPort Wireless 10 and compatibility with USB-C also was a major draw. It means that you can utilize any USB-C cable you have lying around and stick into a power brick and slap your Pixel 3 on top. 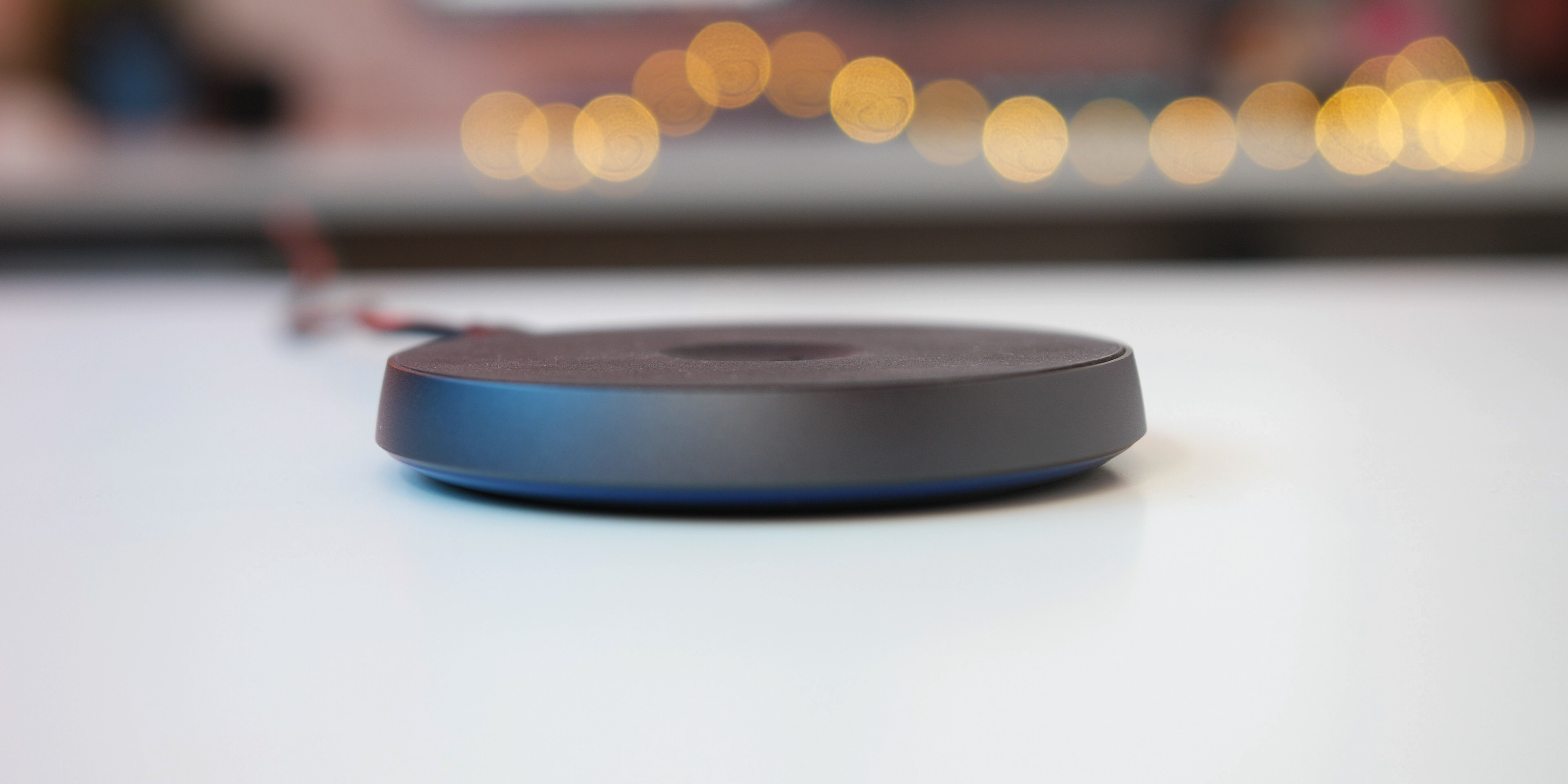 The top plinth has a rubberized texture that is great at maintaining a grip on your phone — if you use without a case or prefer a skin. That surface does collect lint and dust a little more than I’d prefer. Although with that said, the almost tacky (not in a bad way) texture does mean that even if your phone is constantly vibrating from texts, calls or emails, it won’t budge.

My only problem with the Anker PowerPort Wireless charger is that fact that it’s a flat or horizontal charger. It’s not exactly perfect when used at a desk in my experience.

Then again, it’s still a fantastic product that also includes a glowing blue charge light to confirm when your Pixel is perfectly placed and taking a charge. You can turn that off too if you don’t like the idea of a glowing blue LED ring distracting you.

I mentioned that for anyone with multiple devices or seeking an option for family members, a dual charger from the ever-superb Spigen might be a solid option. Yes, it’s technically a fast charger, but as a non-approved Qi Wireless charger, it can’t reach that max 10W output for Pixel 3 devices, so you’ll be limited to the 5W draw. 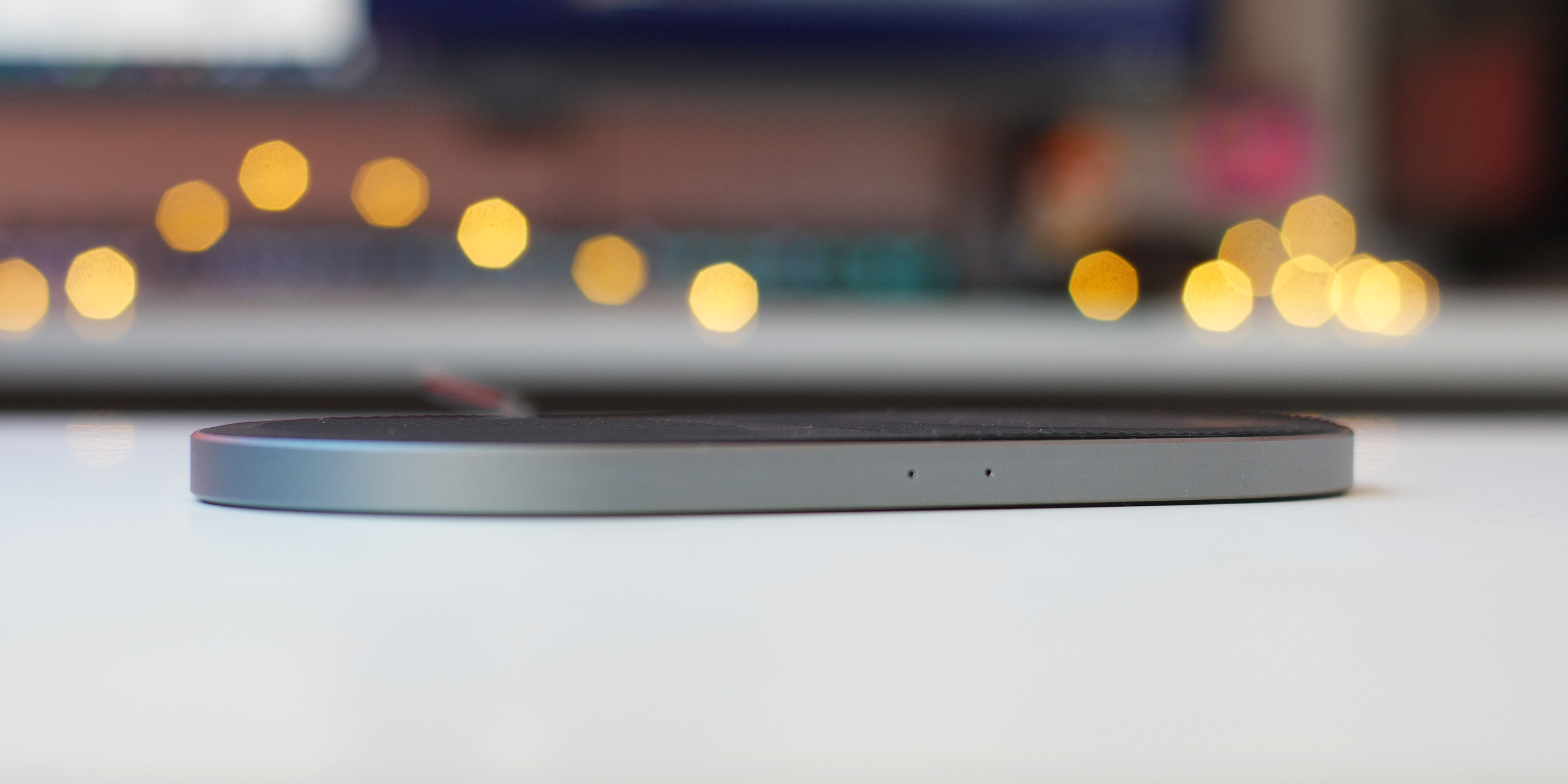 It has a textured rubber surface and a pretty solid build that gives reassurance when you place your smartphone on top of it. Being able to charge multiple devices at once on a single wireless charge mat is extra convenient. I tend to stick my Pixel 3 XL on one side and Samsung Galaxy Buds on the other. Knowing that when I head out, both devices will have plenty of juice to keep me going.

Another bonus with the Spigen F310W is the official Qi certification. It’s a superb slab of metal too with a grippy underside that helps it sit rock solid on a desk, counter or table. The only downside I can see with this Spigen charger is the severe lack of availability in the United States at present. It can be had in the UK for as low as £45 or around $60. At that price, this is charger is an absolute steal.

In all honesty, I bought this very expensive standing charger along with the matching case for my iPhone XS Max. The TERRAZO design is very reminscent of classic Italian marble and looks utterly superb. The charge plate is hand crafted from Jesmonite, which means that each design is 100% unique to your charger.

Standing chargers are great for an office setting, especially as you can see when a notification pings your phone without having to pick it up. Unlike some other kickstand-style wireless charge docks, this Native Union option allows you to put your device in both portrait and landscape orientations.

I haven’t often put my phone in landscape on the charger but I guess that would be great if you wanted to watch a movie and charge your phone at the same time. Since getting this charger it has been an ever-present fixture on my desk. Another major reason I love the charger is simply the size, it feels like an ornament that also happens to fast charges all of my other devices in super quick fashion — it’s just a shame that the Pixel 3 isn’t one of those!

I have a real soft spot for Moshi thanks to the way they design their accessories. Yes, I will say that you could consider some of them vastly overpriced — the Moshi Porto Q 5K is most definitely one of those — but the quality is undeniable. 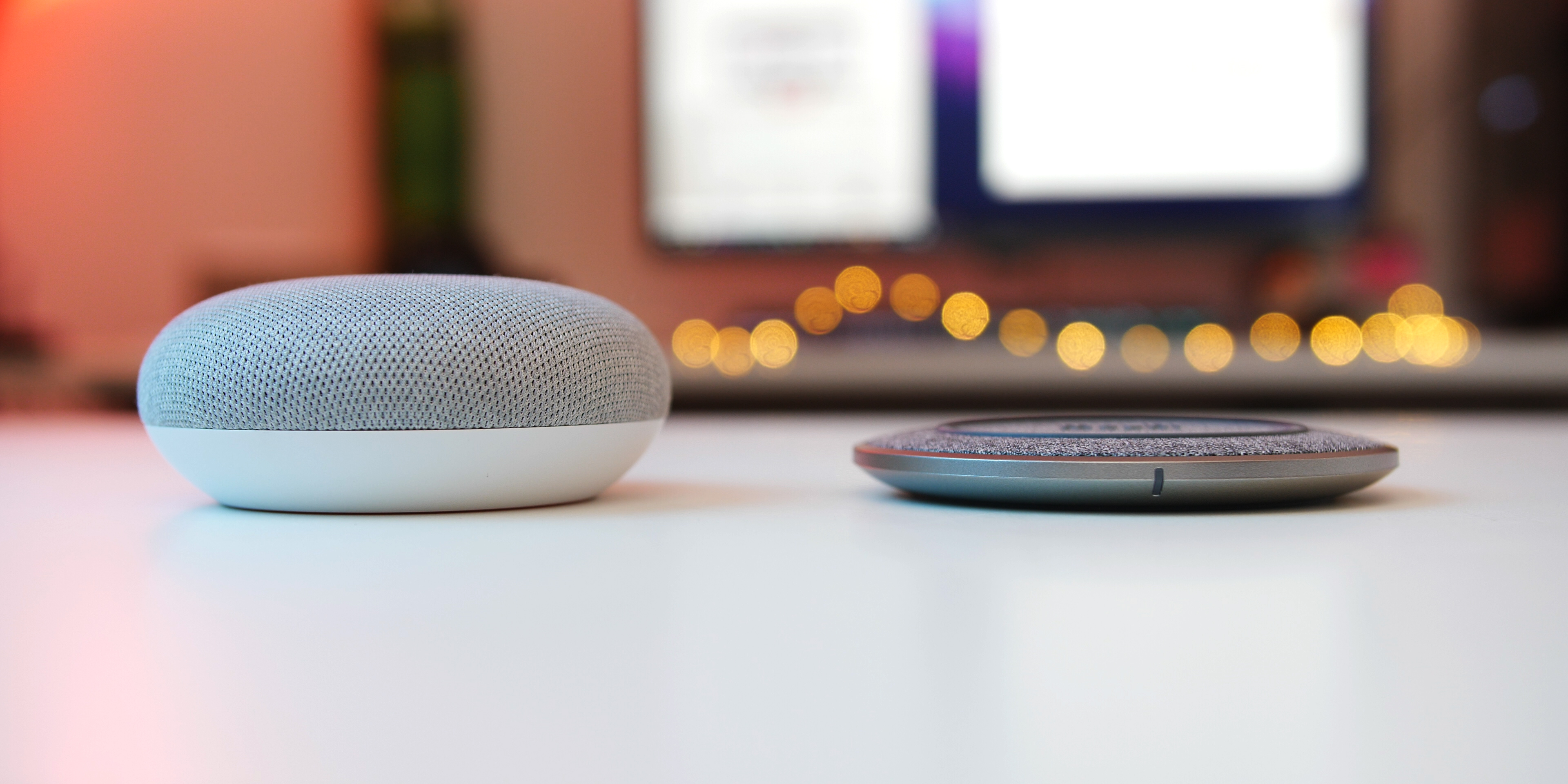 My soft spot extends to the color scheme that many Moshi products tend to adhere to. The Moshi Otto Q having that Nordic gray and fabric covering, that although a little darker, is very reminiscent of the almost all of the Google Home, Chromecast and Home Hub line. That is one of the core reasons that I love the charger.

It also has a nice slim profile that doesn’t make it stand out. The incredibly small blinking LED at the front is the only indicator that your device is charging. The rubberized ring and soft fabric top alleviate any concerned of scuffs and scratches when placed your phone down to charge too.

That slim profile is ideal for sticking in a bag but in all honesty, I tend to bring the Porto Q 5K with me, as that doubles as a 5,000mAh powerbank and a wireless charge dock. It was a godsend when I needed to charge multiple devices at MWC 2019 — then again the price isn’t massively justified.

I saved the most decadent option for last. Native Union doesn’t scrape and scrimp, every single item is a cut above the usual accessory. The Block wireless charger is no different.

Some of that is down to the fact that this is a collaboration between Native Union and British interior designer Tom Dixon. It most definitely exudes his trademark industrial style and is one of the core reasons that this is more of a home accessory that happens to charge your device rather than simply a charger. 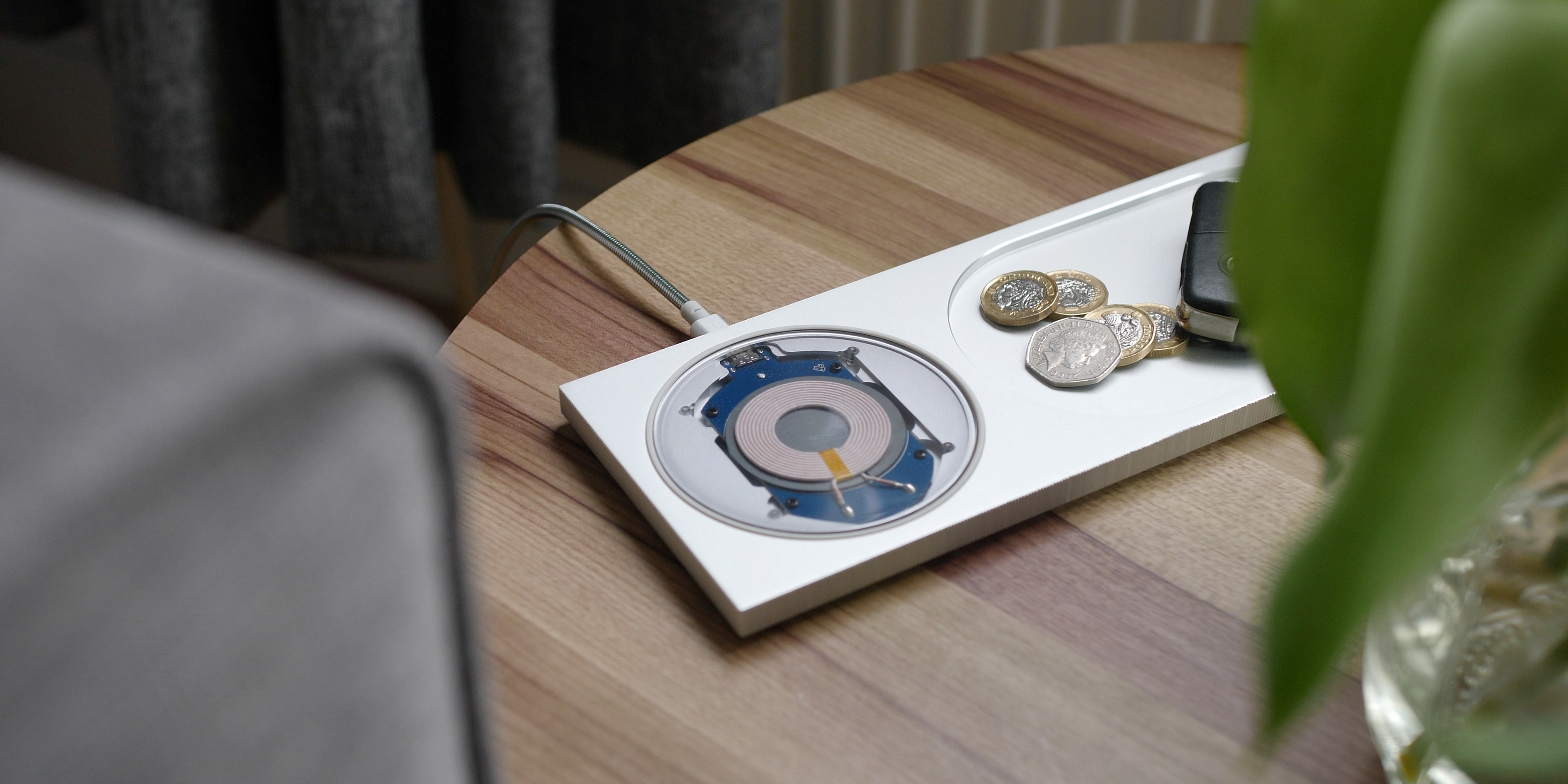 The clear charge plate is the only distraction from a fully aluminum build that makes this feel like a piece of industrial hardware. In my opinion, we simply don’t have enough tech that has clear housings. There is just something inherently cool about being able to see all of the tech inside of a device.

At the side of that ultra-cool charger is an accessory tray for assorted bits and pieces. I use it for my keys and random things I find in my pocket. On the whole, this is most definitely the most decadent charger I’ve ever had the pleasure of using. It feels more like an extension of your interior design in that regard and one that if you aren’t looking for a basic option would never ever consider. 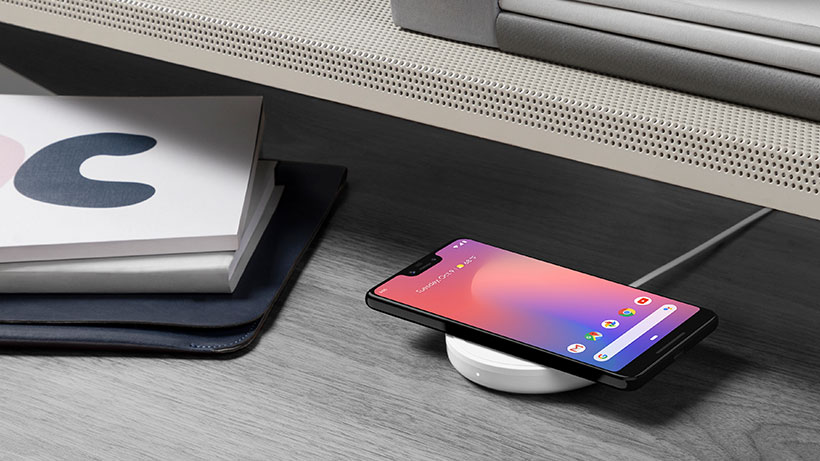 Bar the Pixel stand, the Belkin Boost wireless charger is the only wireless charging option that is officially endorsed by Google. For that reason, it’s definitely worth mentioning as a premium option.

I have been unable to get my hands on this particular wireless charging dock, but have head very good things. It’s definitely one that I’m hoping to take a look at in the very near future.

We’re going to be buidling out our entire Pixel 3 starter kit with further bits and pieces that you may have never considered. Be sure to come back again to see our latest updates.