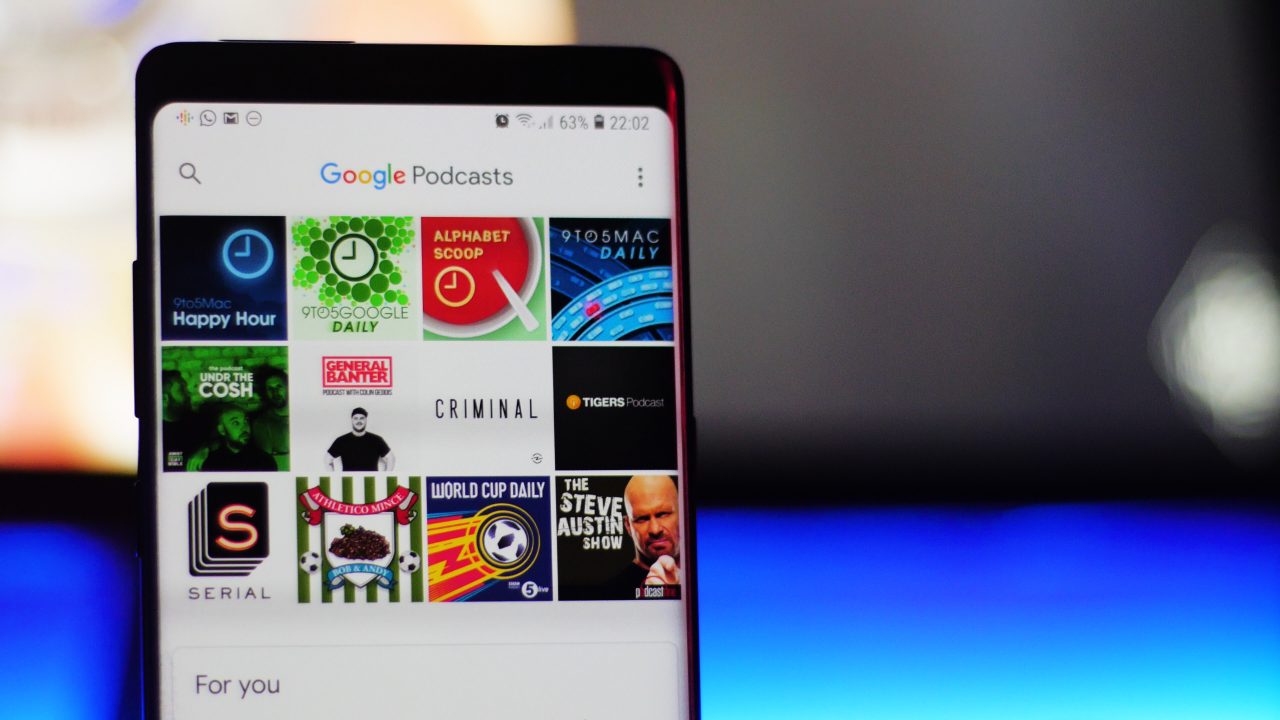 At the moment, search in Google Podcasts is very general and only finds shows that match your query. Two are prominently listed with show description and the first three episodes, while there is a longer carousel below.

Starting this week, the in-app search will find and list specific episodes in response to your lookup. This hopefully leverages the company’s search prowess to let users find episodes on a current topic or re-discover ones they’ve previously listened to.

According to Podcasts head Zack Reneau-Wedeen, episode search results are currently rolled out to 1% of users in the app. It will be widely available for all later this week. Incidentally, we’ve been tracking this feature in our Google app APK Insights since last July.

Update 3/8: As announced on Tuesday, episode search in Google Podcasts is now widely rolling out. Searching from the top-left corner of the app will reveal a new “Episode results” section that depending on the query is either above or below podcast results. Five or so episodes are listed with brief descriptions, while a “More” button at the bottom shows a longer listing.

It’s not clear how exactly Podcasts is bringing up episode results. For example, Google could just be looking at show titles and notes to rank content in search.

#RAIN #podcast summit off to great start. @ZackRW, Founder and Head of Product, @Google Podcasts announces search results will include specific episodes via #audio search, and other discovery and uptake tools for the 2 billion Android users. pic.twitter.com/C9fpRvKoJP

In the past, the company discussed transcribing episodes to index content and make text easily searchable. This would allow for users to jump right into a relevant section from Assistant or Search. We’ve already spotted this live transcription that allows users to essentially read a podcast in another APK Insight.

Other grand ambitions include featuring specific podcast episodes in Search results and making audio a “first-class citizen,” alongside text and video. This is similar to Google surfacing YouTube — often to an exact timestamp and as the featured result.