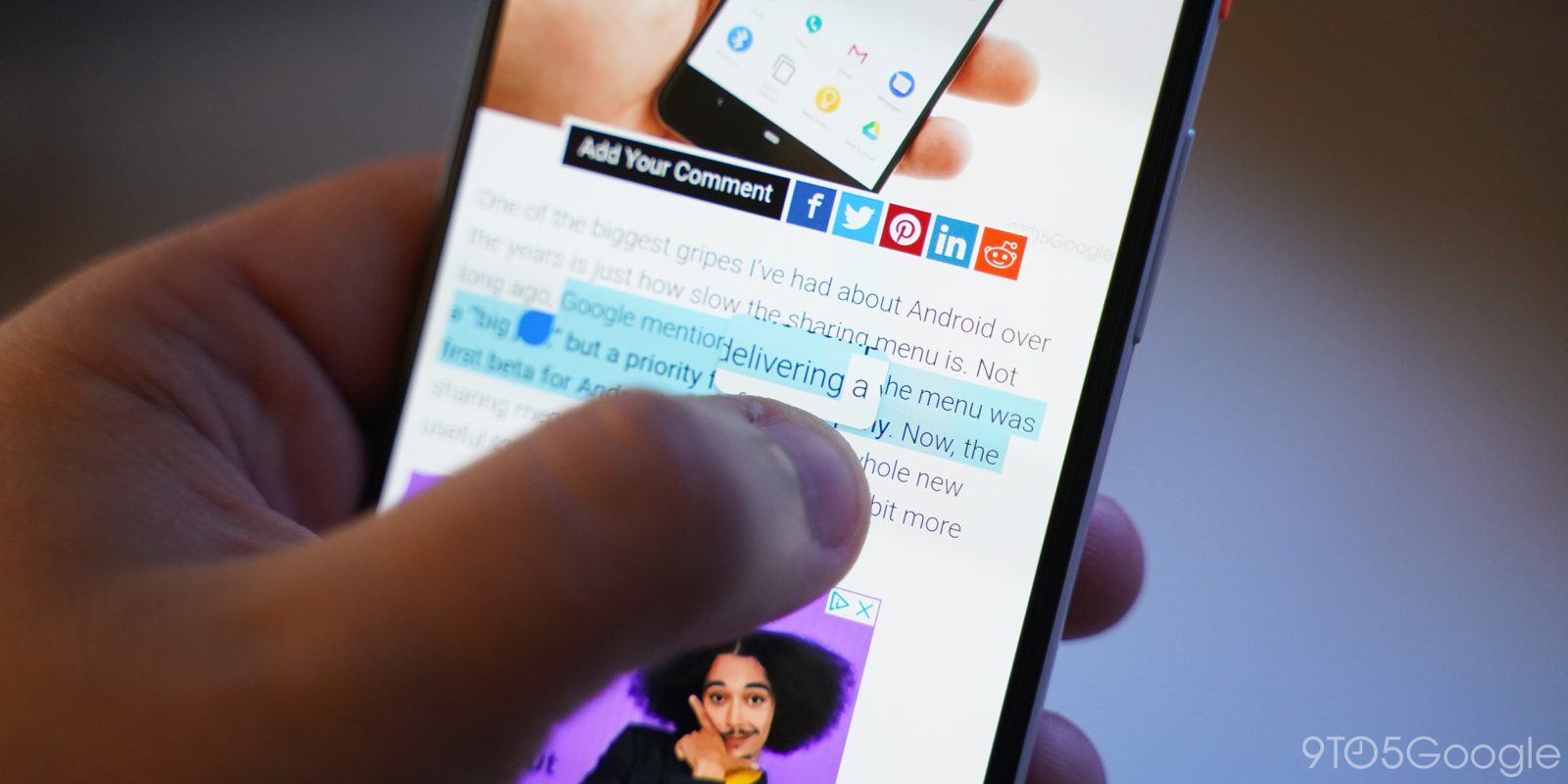 There are a ton of minor changes that will go unnoticed in Android Q for a while, but one small change Google made shows off one strength of its new Pixel 3. In Android Q, new haptic feedback occurs while selecting text and it’s glorious.

When selecting text on Android Q, there’s now haptic feedback for basically everything. This includes every letter when using precision selection, and entire words in areas like the web.

For most users, this honestly won’t mean much. However, for Pixel 3 owners it’s pretty awesome. Each letter sends a tactile buzz through the entire device. Honestly speaking, I can’t think of a single place in Android where you’ll have a better demo of how much better the Pixel 3’s haptics are compared to other devices. Trying the same “feature” on my Pixel 2 XL reminded me just how much Google has improved in the past couple of years.

Currently, we’re not sure if Google has thrown any other haptic treats into Android Q, but if you’re spotted any, drop a comment and let us know.

Update: Boy, did the comments deliver. Along with the text selection, a comment points out that putting the Pixel to charge (both wired and wireless) triggers haptic feedback that matches the sound that plays. No joke, that made my day.