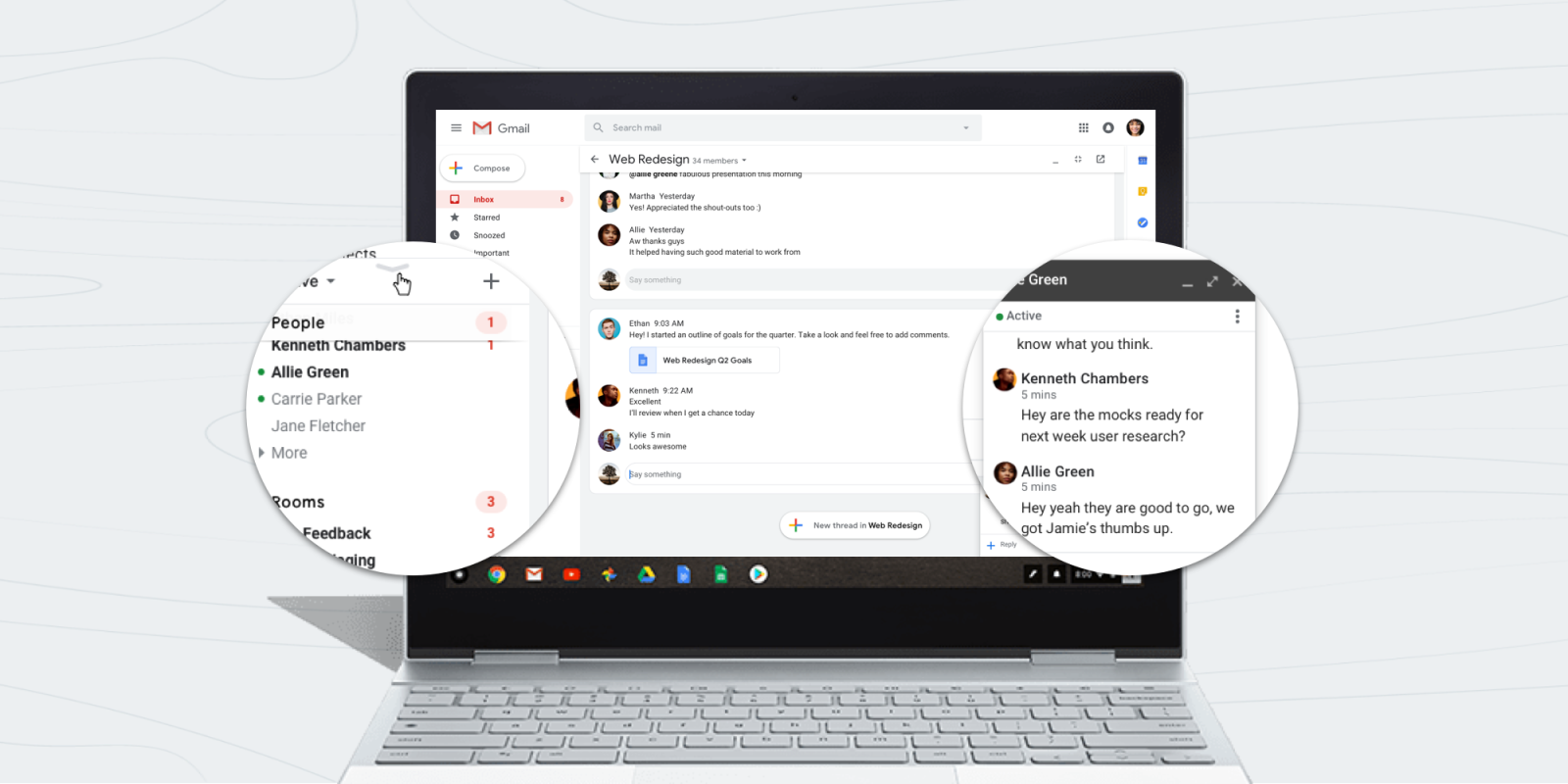 Google announced this morning that Hangouts Chat is coming to Gmail. That integration was teased earlier this year as one of the legacy features coming from classic Hangouts. At Cloud Next 2019, Google detailed public Guest access, Meet/Voice integration, and a Progress Web Apps to replace Electron clients.

As part of the new Gmail integration, guest access is soon coming to Hangouts Chat. It will allow users to talk to people outside of their G Suite domain, including personal Gmail accounts. Google will mark these people with a prominent yellow “External” badge.

In addition to direct messaging, external users can be invited to Rooms. When these conversations are first created, users will have to decide whether external members will ever be permitted to join, with a permanent badge affixed if so.

Another teased feature is Hangouts Meet and Google Voice integration. If the latter is enabled for a G Suite domain, you will be able to quickly voice call the person you’re chatting with through Hangouts Chat. Meanwhile, the goal of Meet integration is to make it easy to upgrade a text conversation to a video meeting. A “Call” button will appear at the top of the screen to immediately start the conversation and for others to jump in.

Out of Office (OOO) notifications

Coming to both Hangouts Chat and Gmail is a warning before you send something to a recipient that is out of office. Google will automatically pull this data from Google Calendar. This message will appear just above the text box or at the bottom of the Compose screen in Gmail.

Google is also thinking about bringing over the legacy status indicators to accompany existing features like Do Not Disturb. 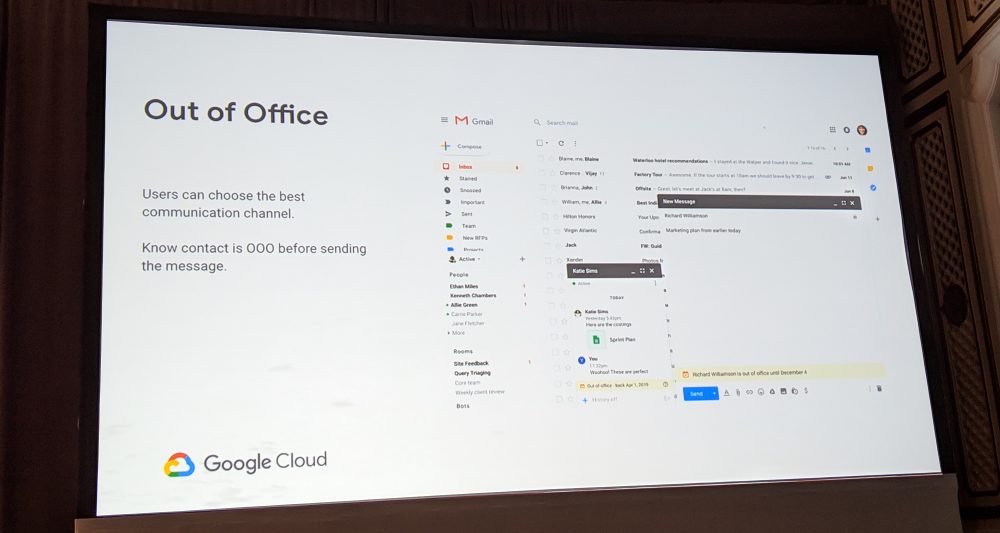 Google is working on replacing Hangouts Chat for Mac and Windows from an Electron app to a PWA. This allows for Linux and Chrome OS availability, and benefits from automatic web updates, while retaining all the functionality of a native app. Google plans to launch in June and “turndown” the Electron client in the second half of 2019. 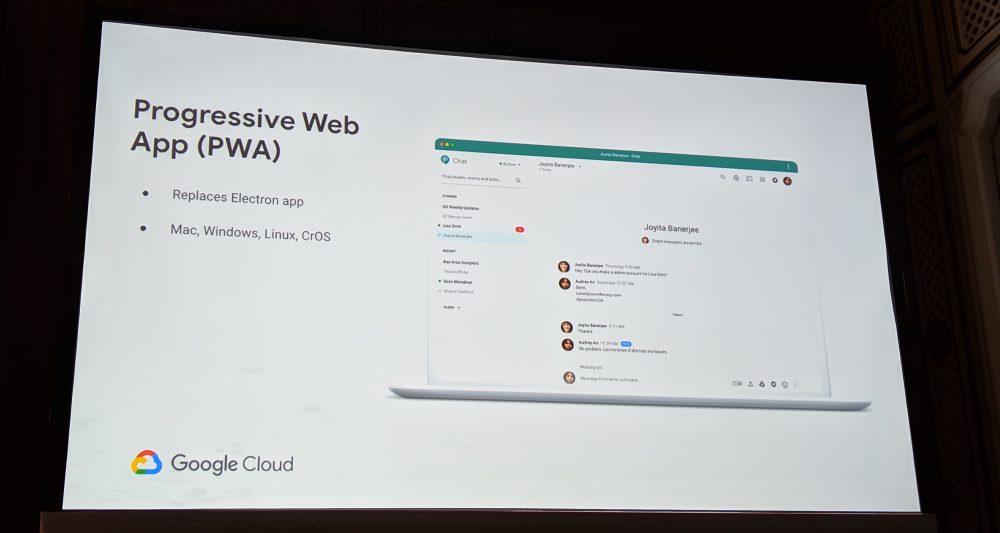 Google is opening an Accelerated Transition Program to migrate your G Suite domain to Hangouts Chat. It will provide early access to Chat in Gmail, Guest access, and the desktop PWA. It also features detailed guides for admins to help end users make the switch.