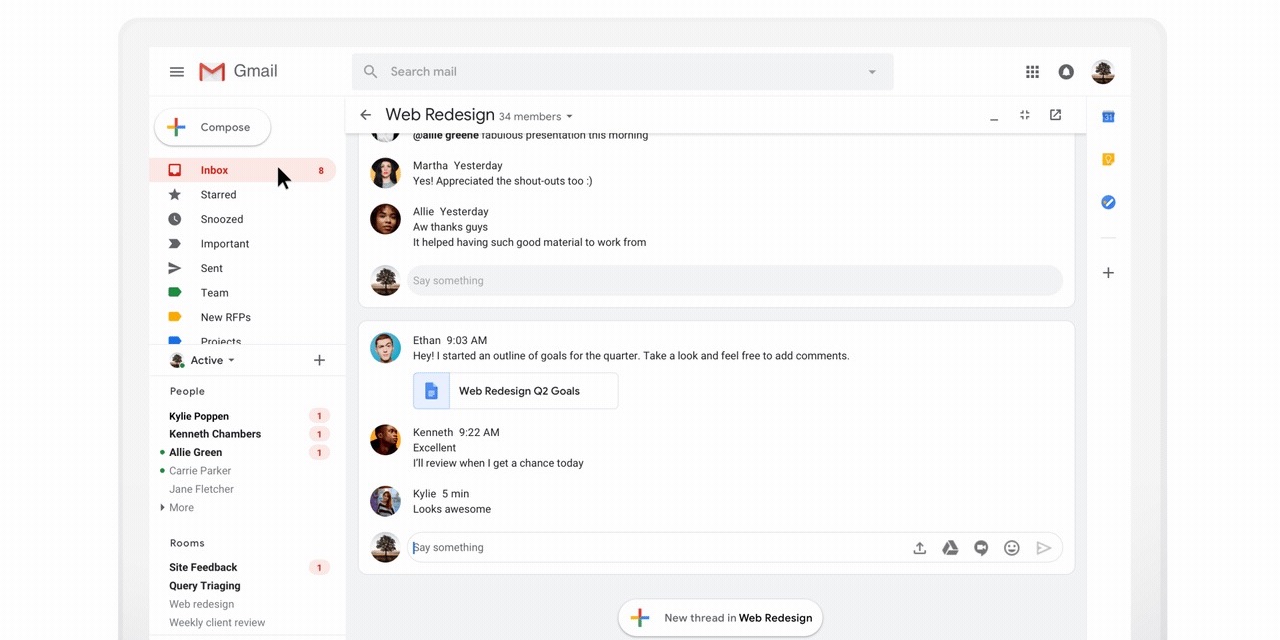 This October, Google is retiring Hangouts “classic” for G Suite enterprise users. Ahead of that, a number of legacy features will be added to the Hangouts Chat and Meet replacements. At Cloud Next 2019, Google announced Chat integration in Gmail, while public streaming and live captioning are coming to Hangouts Meet.

Hangouts Chat in Gmail can be found in the exact same position as classic Hangouts. The lower-left section of Gmail on the web separates people, rooms, and bots — just like last week’s revamp of the side panel for desktop and mobile.

Rooms open as a full screen experience that replaces the inbox or entire message to provide the best view for threaded conversations. It’s essentially the Hangouts Chat for web experience right in the Gmail tab that users likely already have open. Direct one-to-one messages still open in the classic miniature window, but can also be expanded.

This integration is still in development, with G Suite admins able to sign-up for the upcoming beta now.

Unlike the enterprise messaging service, Hangouts Meet has been more successful. It is today adding an automatic live captions feature during meetings that is powered by Google’s speech recognition technology.

For hearing impaired, non-native language participants or even noisy rooms, live captioning ensures everyone can follow along. This Meet feature is generally available today in English.

Meanwhile, live streaming in Meet will soon be available to watchers outside your organization. Organizers can set a video meeting to “Public,” with up to 100,000 internal viewers already supported. This addresses the legacy Hangouts on Air feature that allows streaming to YouTube.

Also coming soon is the ability for up to 250 people to join a video meeting in Hangouts Meet. 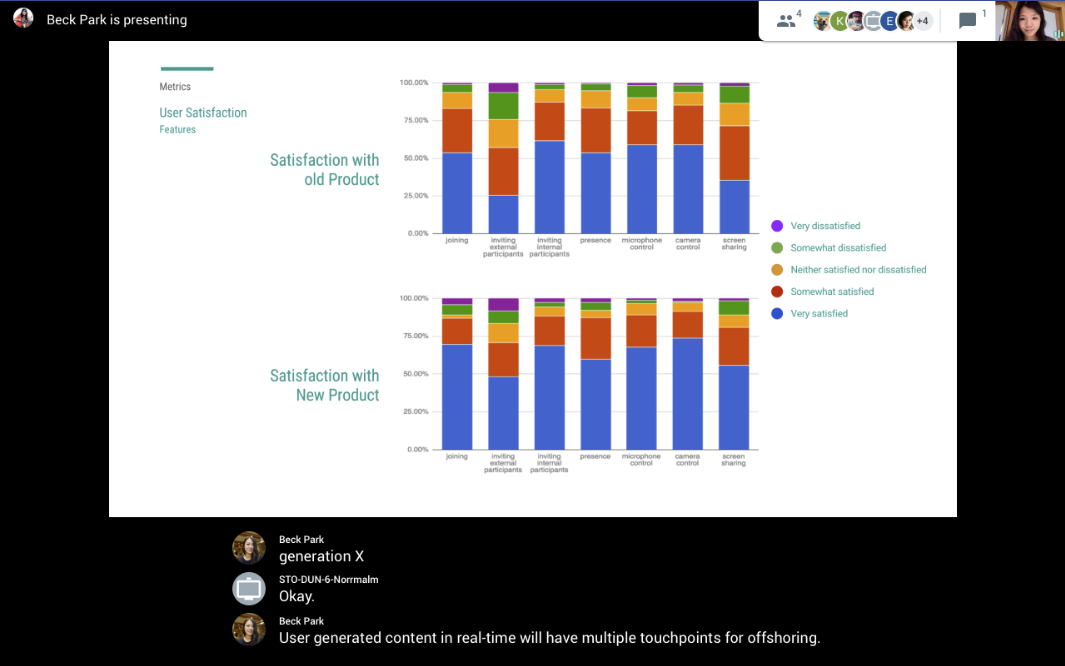