Sketchy Google Pixel 3a, 3a XL renders leak out showing essentially nothing new 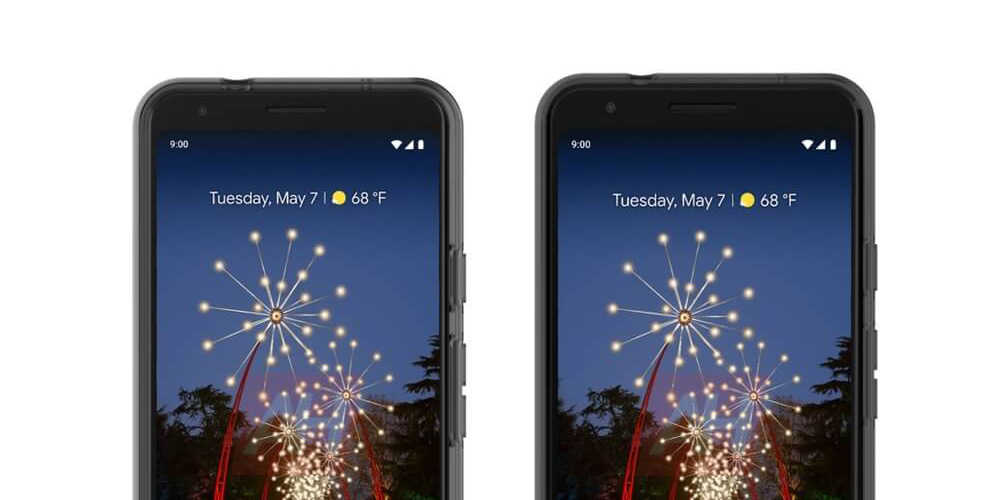 In usual Google fashion, we’re seeing quite a few leaks and renders of the company’s upcoming Pixel 3a and Pixel 3a XL. Today, we’re potentially seeing the first “official” renders of the two smartphones.

We’re sharing these because Android Headlines explicitly states that it “is confident in these renders being official end product images.” They tend to get real renders from time to time that have proven to be legit, so we at least have some reason to believe they’re not complete fakes.

That said, they’re a bit weird. The new renders give us a look at the Pixel 3a and the Pixel 3a XL in what looks like a third-party case. So are these images made for Pixel 3a and 3a XL product imagery for a pair of cases to be sold on the Google Store? Who’s to say?

The new images don’t confirm hardly any new information, and they don’t appear to be quite at proper scale. We can see the headphone jack cutout at the top of each device, as well as the typical Pixel Launcher layout Google shows in its renders. The single front-facing camera and single speaker are also clearly in place here.

There’s a brand new wallpaper which we’ve never seen before in this renders, which doesn’t currently show in the Google Wallpapers app. The renders show the time as 9:00, as usual, hinting at Android 9 Pie, as well as showing the “At a Glance” widget with the date of Tuesday, May 7th. That directly lines up with the expected unveiling date of Google’s device. 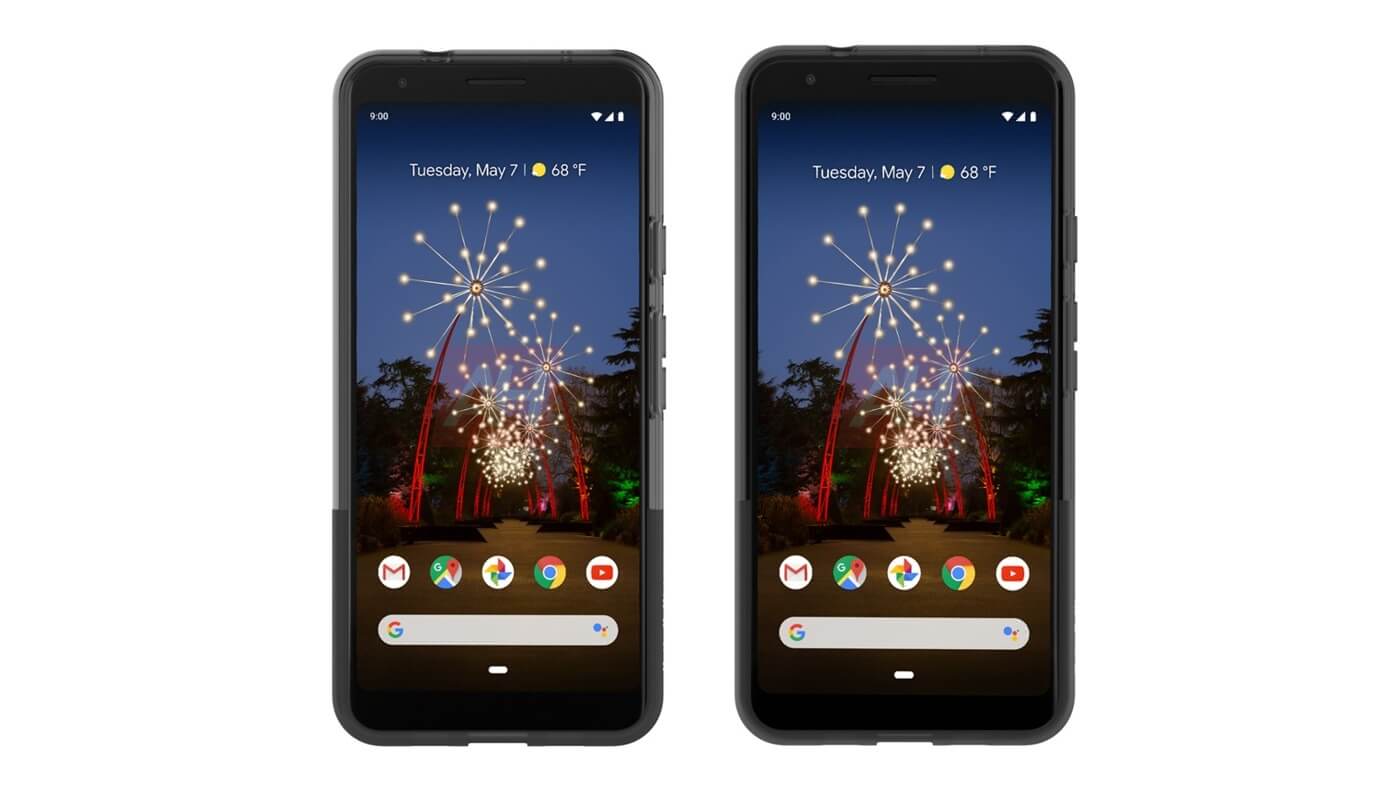 Update: Spigen has also posted its cases for the Pixel 3a and 3a XL. The wallpapers shown there are clearly made by Spigen itself in that case, however. There’s nothing on the hardware front, aside from the front speaker grill, of note here though. 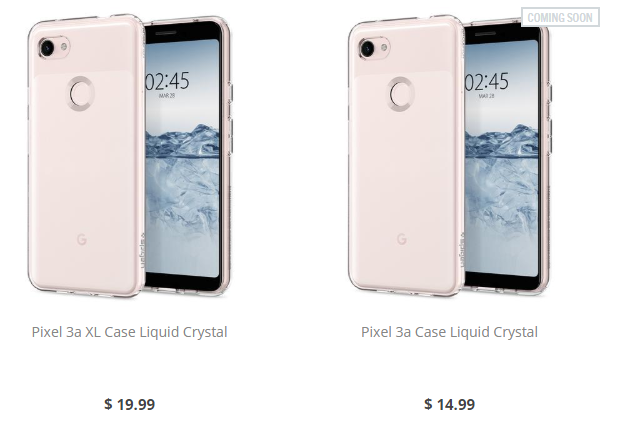 Article has been edited to remove speculation of case origin. It’s confirmed that it is not a design from Tech21.