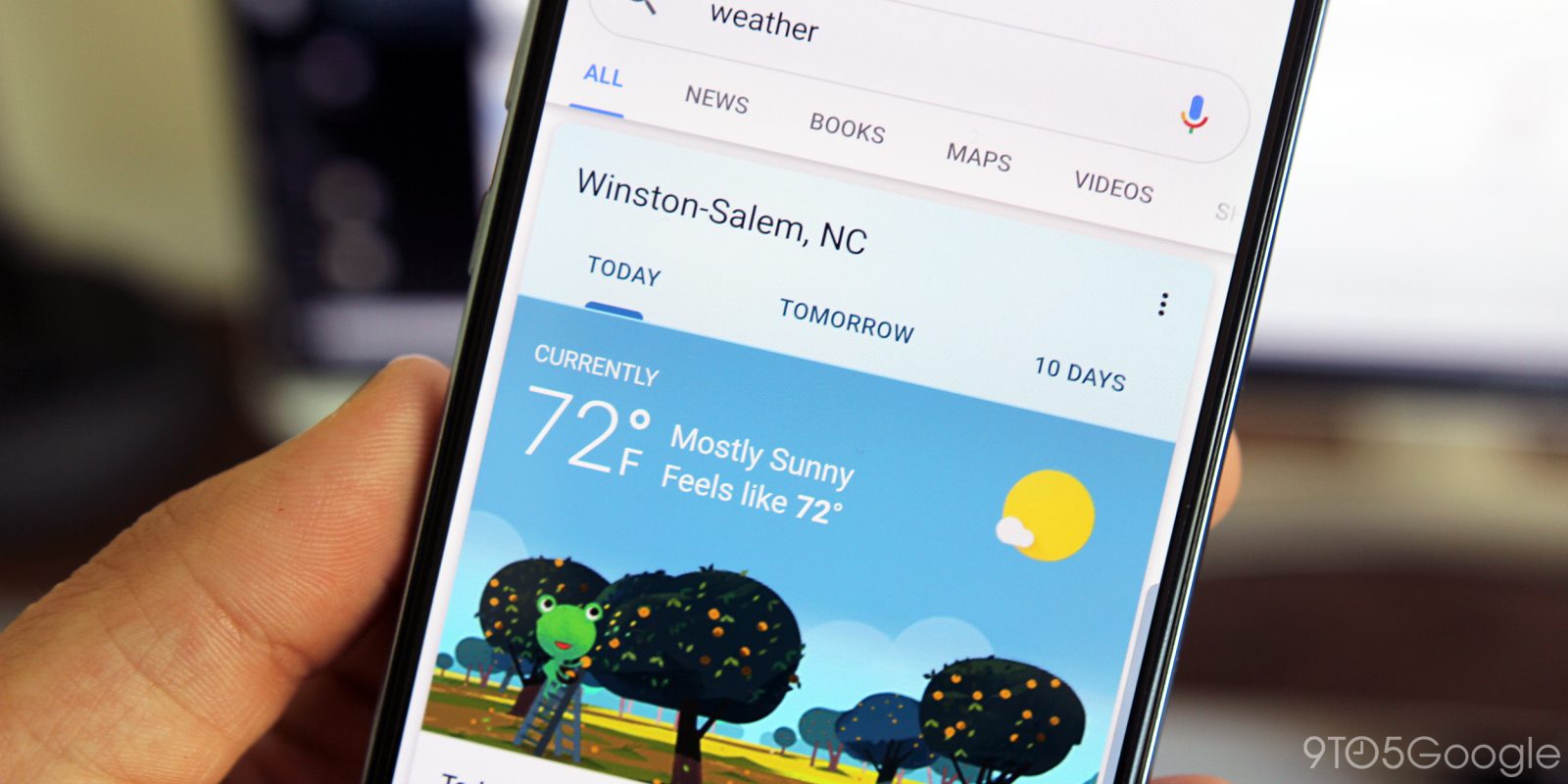 Google makes it easy to access common data with cards in popular searches. Now, the company is redesigning the search cards for Weather and Movie showtimes.

In what looks to be a server-side update, the search card interface for Google Weather is getting a new look. To be clear, this isn’t the same applet that can be added to your homescreen. Rather, when you directly search “weather,” this new UI appears.

Where previously, a card would simply greet you with your location and the current conditions, this updated UI is providing some more details at a glance, and just making it more adorable.

The new card shows not only the current temperature and conditions, but also the same animated frog that’s been in the applet for quite some time. What that character is doing will vary depending on the conditions in your area. For instance, my sunny conditions show him picking apples from a tree, while a tipster’s cloudy conditions showed the character surrounded by gloomy skies.

Interestingly (and probably for the best), the character doesn’t seem to appear when a special warning is in effect. One 9to5 staff member notes that his area is under a flash flood watch, and the character is nowhere to be seen.

As usual, going any further in this UI will open the full applet, and from what we can tell, nothing has changed there.

Further, Google has also updated the UI for movie showtimes. Just in time for this year’s biggest movies, such as Avengers: Endgame, this new UI makes it much easier to see what’s playing around you. It seems like this card may look at your interests to show the first movie in the list. Clicking on “more theaters and showtimes” brings up a scrollable list of all of the movies with full details on showtimes and theaters.

Importantly, these new UIs line up directly with the Knowledge Panels redesign that was available back in March. The colors and overall design are essentially identical to that. From what we can tell, these new designs are rolled out widely to Android users.