Review: The Samsung Galaxy S10e is my favorite Galaxy S10 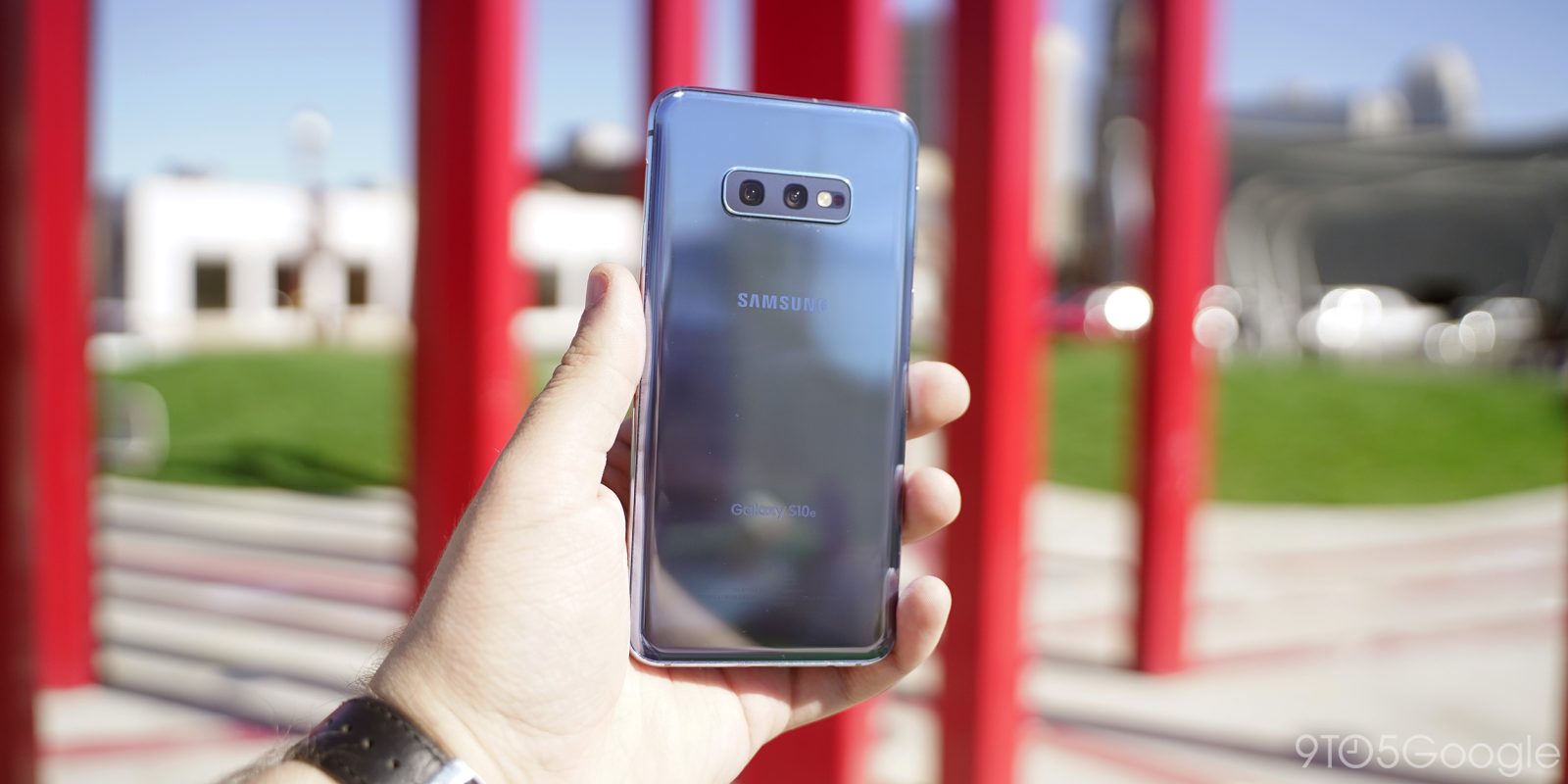 For the first time ever, Samsung’s flagship Galaxy S line this year included a third variant of the device. The Galaxy S10e is a smaller, cheaper, and slightly less powerful version of the flagship device. However, I think it’s the star of the trio. Here’s why.

When you go for the cheaper phone, often it’s the hardware materials that take the backseat. With the Galaxy S10e, that’s just not the case. The S10e easily holds up to the rest of the lineup, with the same glass back and polished aluminum side rails. You don’t get curved glass on either said of the display, but if you ask me that’s more of a pro than a con.

The buttons and ports are also just as good on the Galaxy S10e. The volume buttons and Bixby button are just as tactile as the standard Galaxy S10, and the USB-C port and speaker along the bottom are the same. Despite the smaller size, Samsung even still found room for the headphone jack.

On the note of the smaller size, I’ve got to give Samsung a lot of credit here. The 5.8-inch display isn’t big by today’s standards, but the Infinity-O design absolutely shines here by taking advantage of all the possible space. The size of the hardware also makes this phone very easy to grip. I dropped the S10 a few times in my review period while case-less, but the S10e never had the same problem. 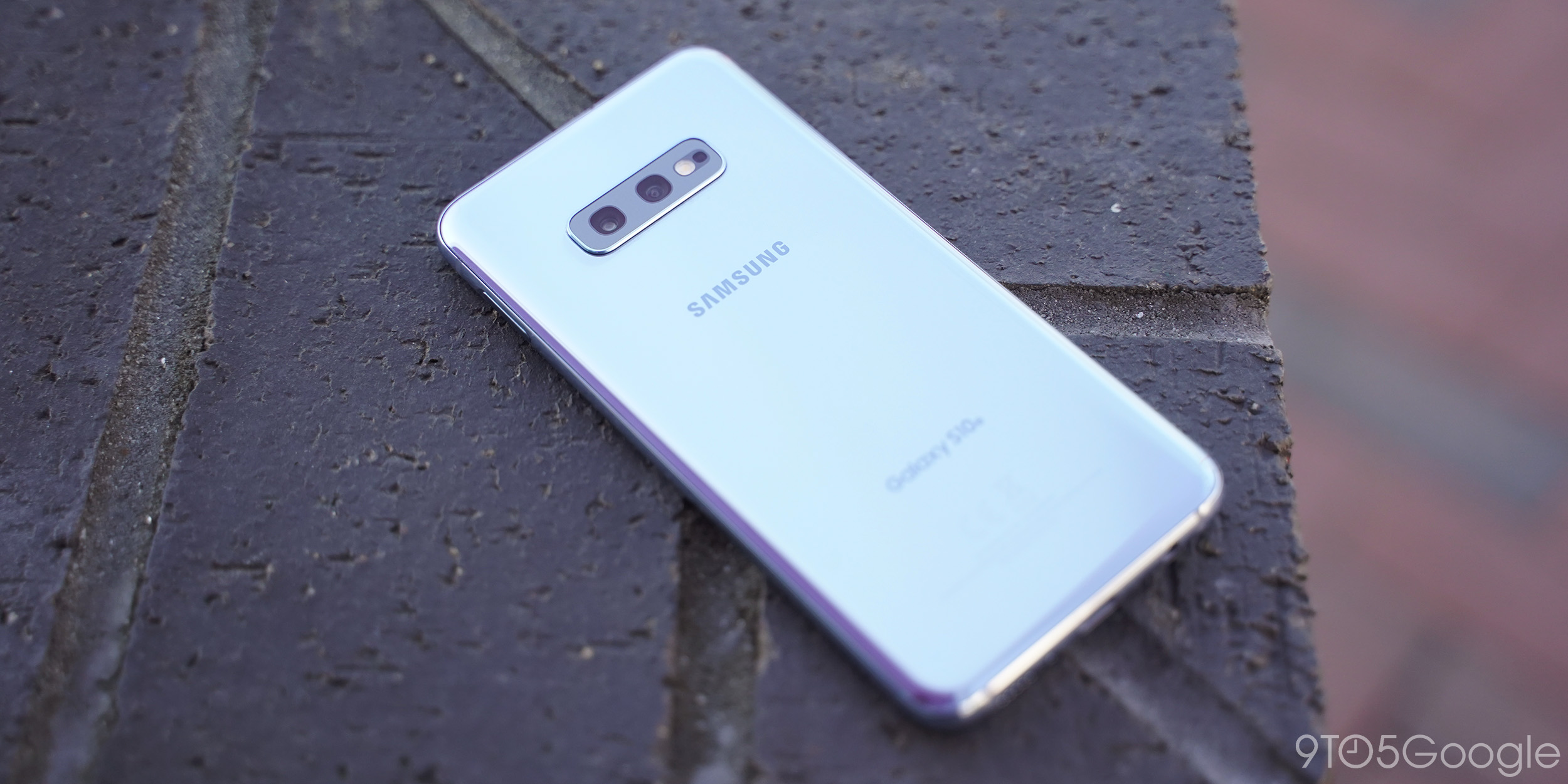 Samsung’s strategy as far as the Galaxy S10 series is concerned is eerily similar to Apple’s current iPhone lineup. Fortunately, the “cheap” Galaxy S10e doesn’t sacrifice nearly as much as the iPhone XR.

Where the $749 iPhone offers a display that’s barely over 720p, the Galaxy S10e has a 1080p+ AMOLED panel. While granted, that’s essentially the same panel that’s shipped with every Samsung flagship since the Galaxy S4, it’s a huge improvement over the XR, and it doesn’t feel like a downgrade from the S10 and S10+ either. 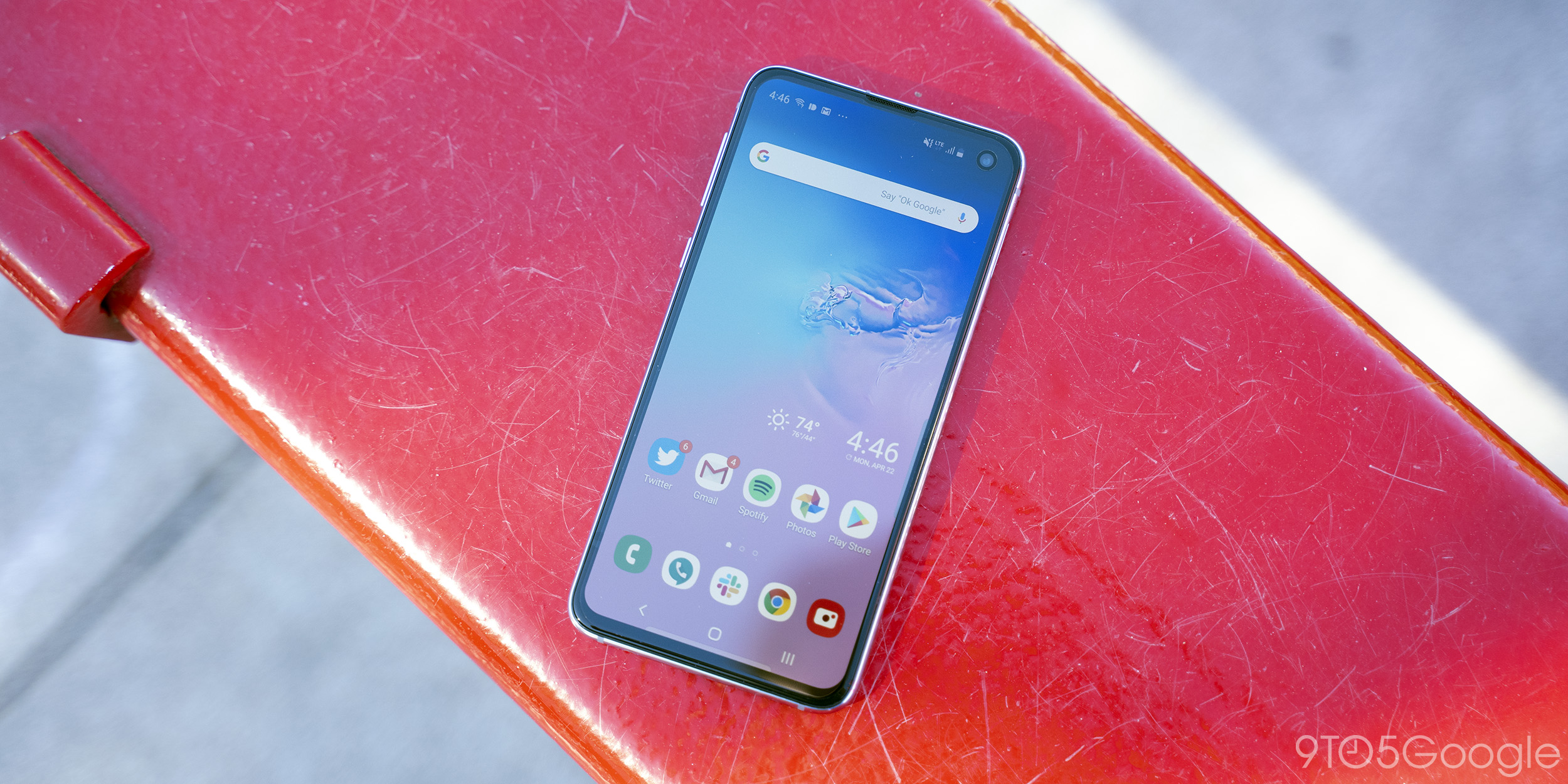 As flagships get more expensive, Galaxy S10e proves they don’t have to |

What really impresses me about the Galaxy S10e is just how much it manages to include for its price tag. Everyone else is inching closer and closer to a thousand dollars, but with the latest specs, the Galaxy S10e is just $749. While yes, OnePlus manages almost as much in an even lower price, Samsung is doing that with advertising dollars, carrier partnerships, and mass-market appeal behind it.

Better yet, having those specs does keep a killer experience. The only difference between the Galaxy S10e and the Galaxy S10/+ is the RAM. Where the more expensive models have 8GB, the S10e has 6GB. Despite that, it performs like a champ. Things are rarely kicked from memory and lag was basically non-existent.

I’ve got to imagine that’s thanks in part to the FHD display not taking as many resources from the Snapdragon 855, but either way, the S10e is a lot of phone in a compact, affordable package. The only device this size that rivals it by any means is the Pixel 3, but memory issues certainly give Samsung the advantage. 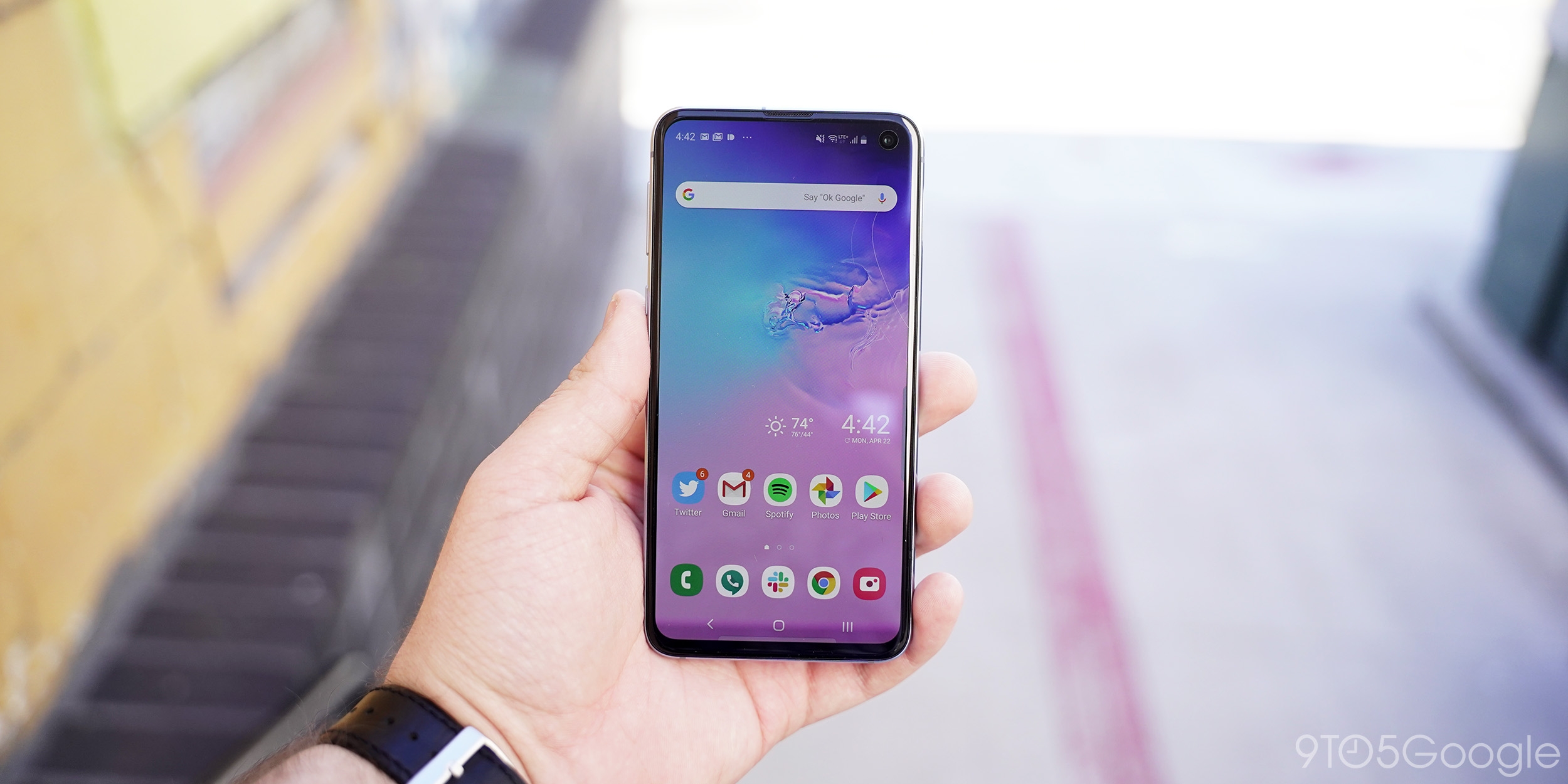 A flagship that comfortably fits in your hand

Further, the Galaxy S10e barely makes sacrifices on the camera front. The same primary rear and selfie shooters are in place here, and they both perform just as well. The only difference is that, instead of a triple-camera array on the back, the S10e only has two. Luckily, it keeps the ultra wide-angle lens instead of the telephoto. If you ask me, the zoom lens is just less useful. Quality across the board is just as good as the standard S10, meaning it’s good but not great, and the selfie shooter isn’t bad either.

Battery life is the only true sacrifice |

The only thing you’re really losing with the Galaxy S10e compared to the S10 and S10+ is the battery life. Put simply, it’s just not impressive. Where the standard S10 could easily power me through a day, more often than not I need to give the S10e a bit of a boost at some point in the afternoon.

Even today as I’m writing this review, the phone has dipped below 70% but just noon, and that’s with barely an hour of screen on time. Power saving modes and disabling hungry features like the always-on display help matters, but this is not an endurance device by any means. 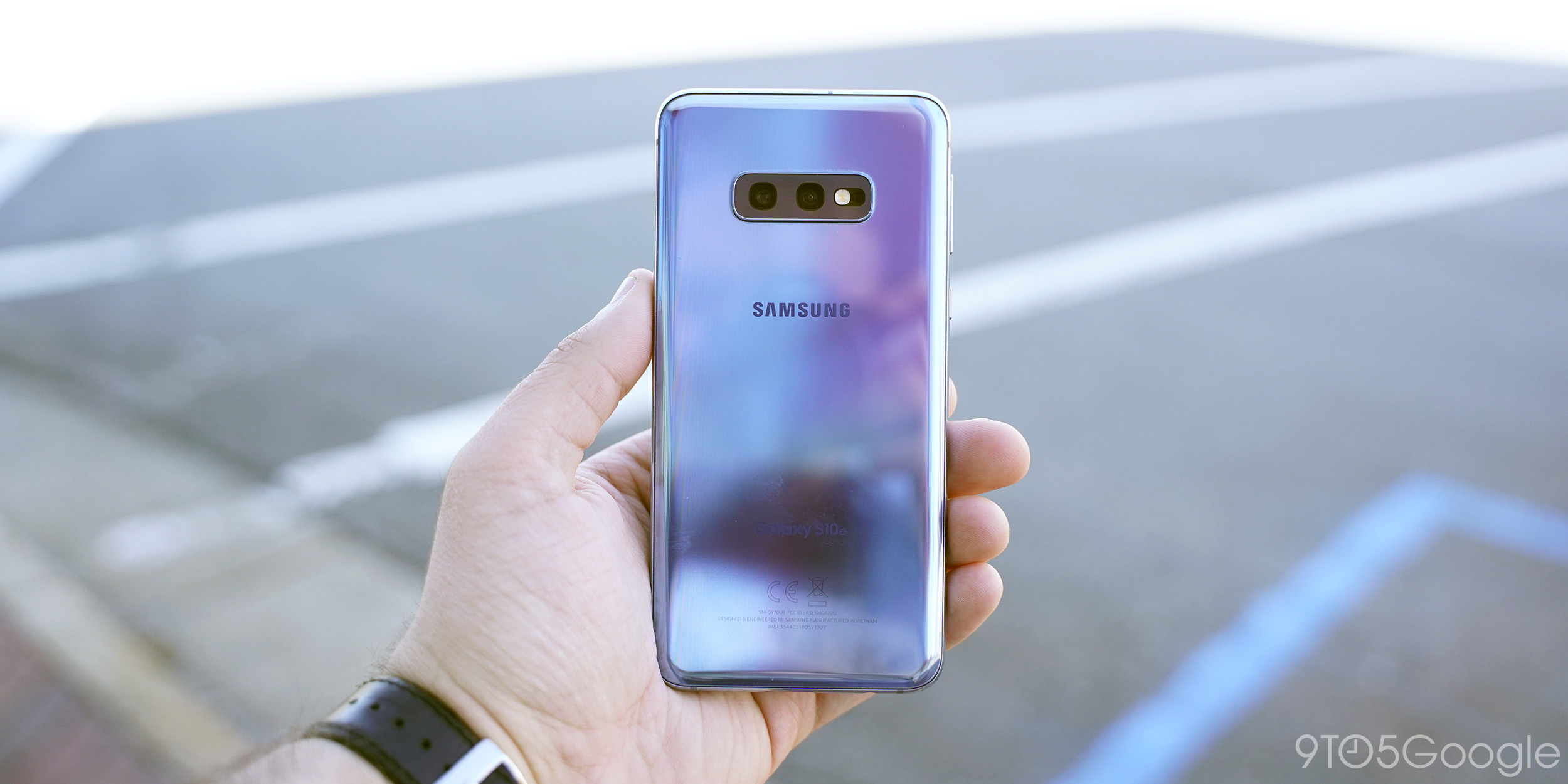 Luckily, there’s still fast wired, wireless, and fast wireless charging to top off. Samsung’s Wireless PowerShare feature is also available here for powering up accessories like a watch or headphones, but I’d recommend charging other phones even less with this device.

But you gain way better biometrics |

Where the ultrasonic option on the Galaxy S10 and S10+ is frustratingly slow and inaccurate for some, the Galaxy S10e uses a traditional capacitive sensor embedded in the power button. It’s crazy fast and works at least 9 times out of 10 for me. Meanwhile, the S10 and S10+ are more like 6 out of 10. 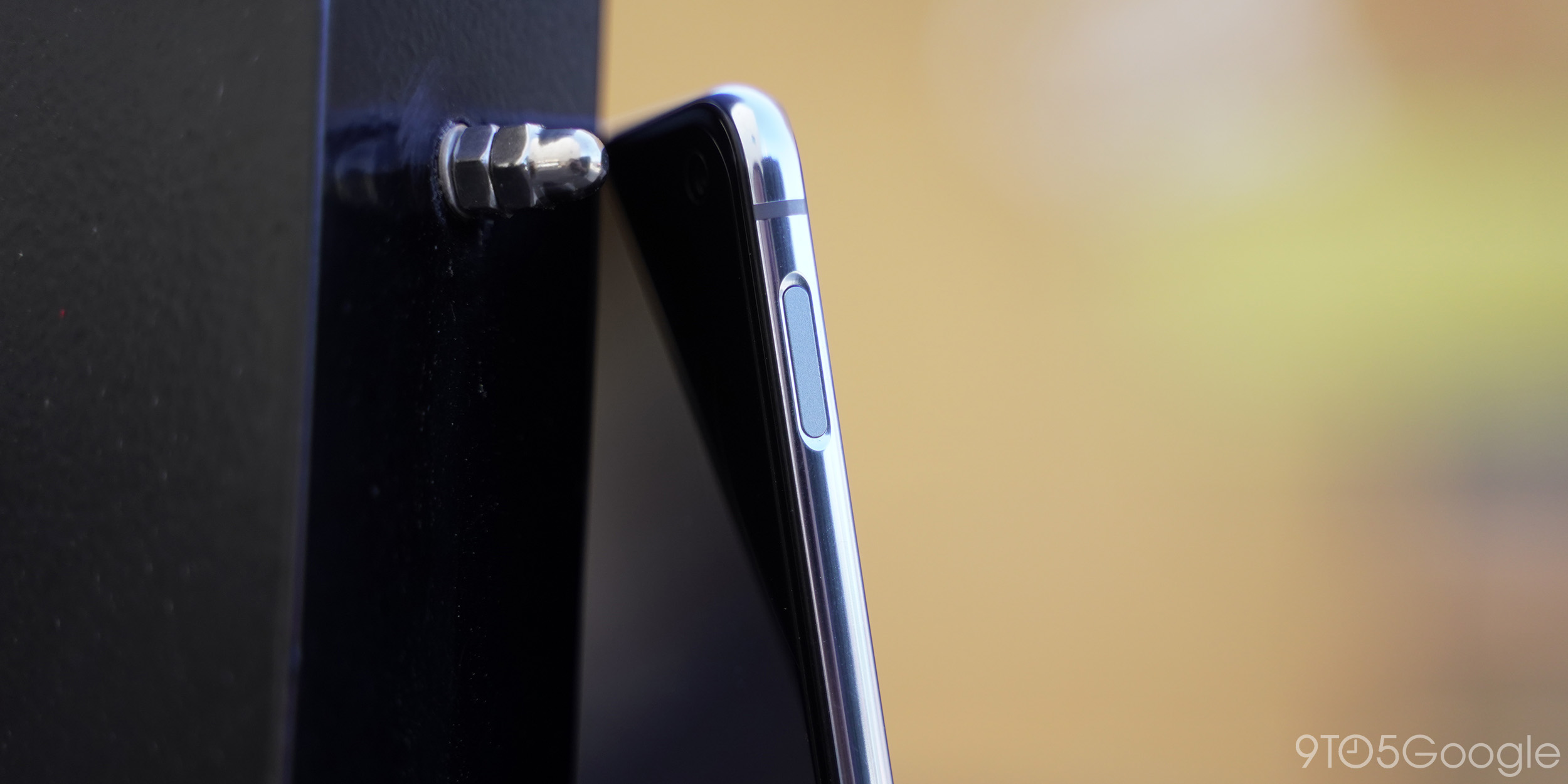 For me, this improved speed and accuracy didn’t even come down to just the better unlocking experience either. This sensor just makes using the phone as a whole better. You aren’t restricted when it comes to accessories, and apps like LastPass or those used for banking are immediately easier to use.

Another reason I enjoyed this sensor is the swipe gesture to pull down the notifications. While it did cause some headaches when taking screenshots on occasion (pulling down the shade while trying to capture the screen), it was invaluable for accessing my notifications. The Galaxy S10 and S10+ just don’t have anything that compares.

Put simply, the Galaxy S10e is my favorite version of the Galaxy S10. While many may view it as the “inferior” option, its strengths outweigh its cons, and it doesn’t have as many compromises as the more expensive flagships. At $749, it feels almost like a bargain in today’s premium landscape. Plus, it rivals the Pixel 3 as one of the best Android phones with a smaller size.

Where to buy Samsung Galaxy S10e |