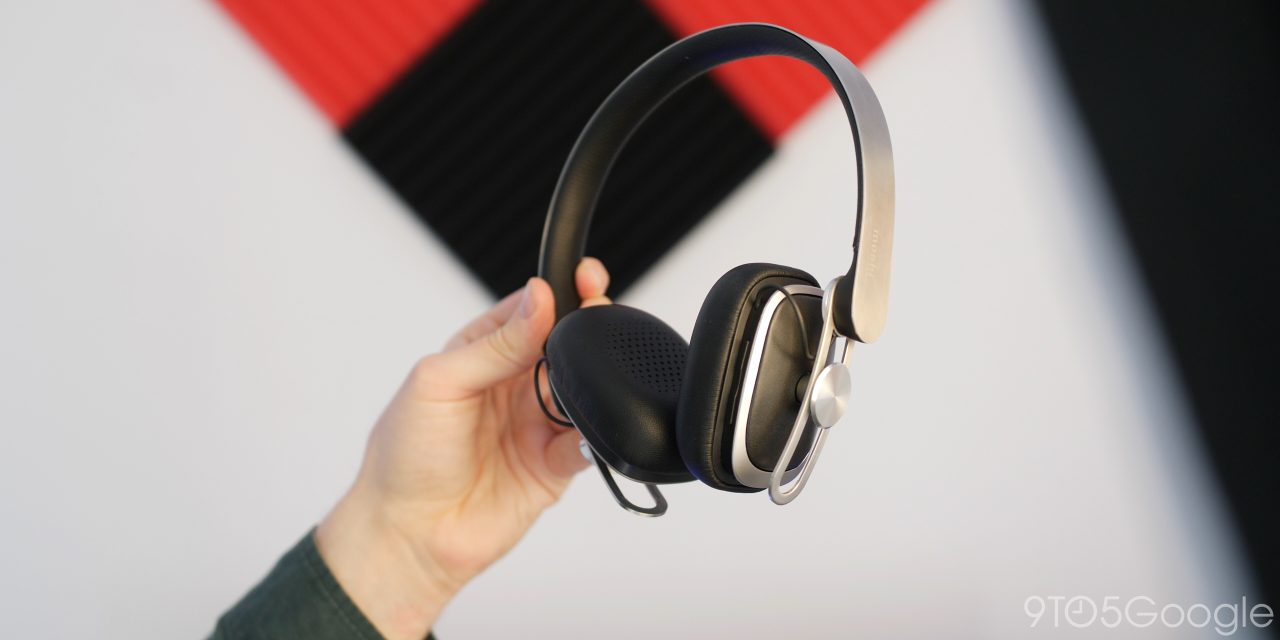 A hefty $299.95 price tag isn’t something to brush off, as there are a ton of competitors that offer exceptional audio and excellent designs for — in some cases — slightly less. Not many of those can boast a prestigious Red Dot Design award though, but the Moshi Avanti Air can say that they have and after some extensive usage, they are worthy of such high praise in the design stakes.

With the Avanti Air being a true premium Bluetooth headphone option, it’s worth pointing out that if you’re looking for an affordable option — these might not be for you. That said, if you are on the lookout for a stylish pair of Bluetooth cans, then read on, as we think we may have found a solid and attractive option suited just for you.

With any award-winning designed product — and high price tag — there is an expectation of quality. The Moshi Avanti Air are most definitely a quality product. Moshi has a rich history of making what we would call ‘premium’ accessories and they have pulled out all of the stops with the look and feel of these band-style on-ear headphones.

The brushed aluminum band is a bit of a fingerprint magnet, but it is flexible-yet-sturdy in a way that many other plastic banded headphone simply aren’t. The combination of soft-touch leather accents and earcups makes for a polished look and feel. 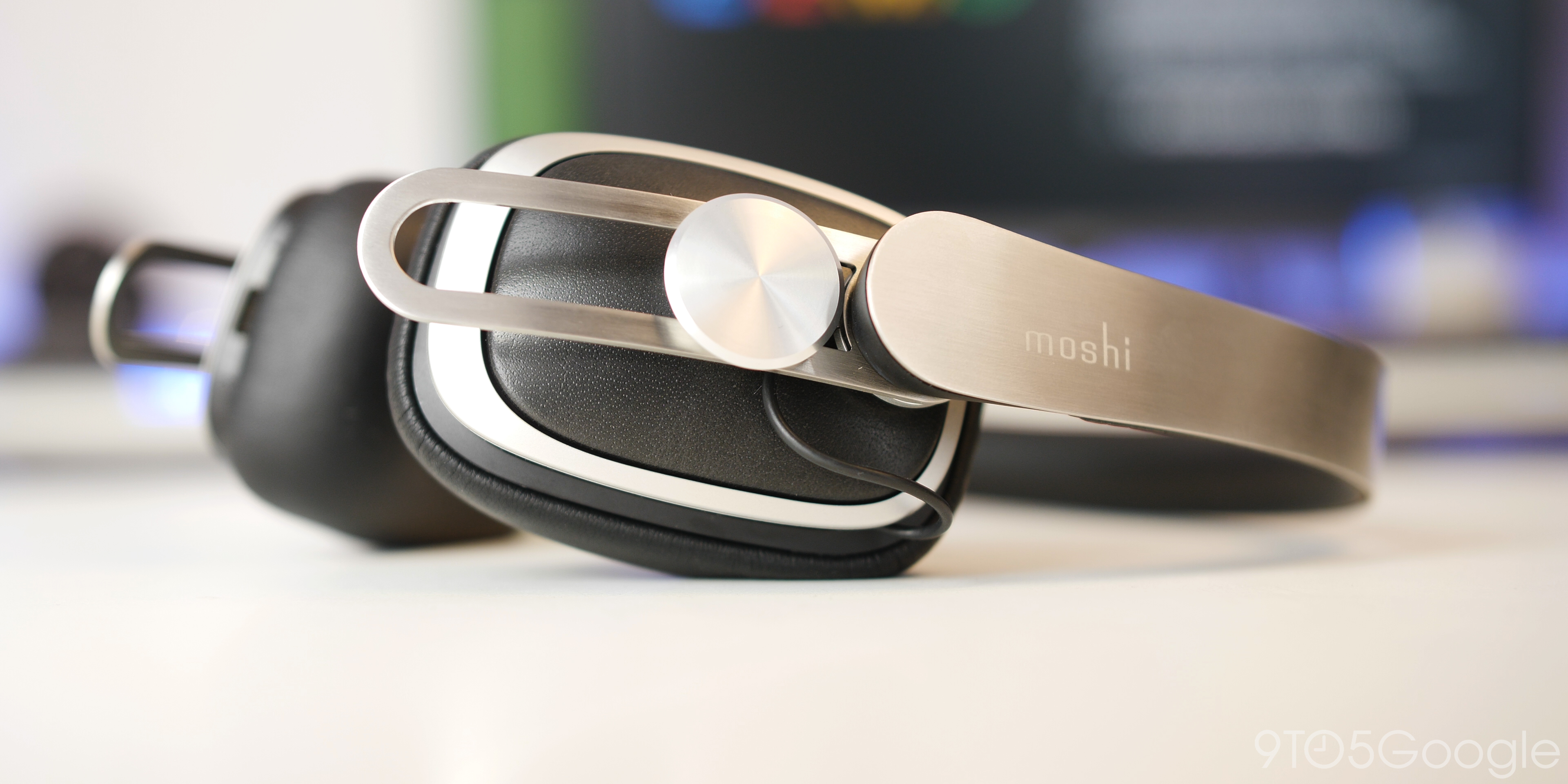 I was initially worried about the on-ear style and masses of metal. Those fears were laid to rest once I used them for an extended period of time. I managed some extended train journeys while wearing them with no discomfort to speak of.

The spongey leather isn’t the most cushioned, but that doesn’t mean they are uncomfortable. Adjusting the headband will stop them from ‘digging-in’ if you plan on wearing your headphones for an extended period.

Although I feel I often abuse “minimal” to describe sleek or innocuous product design, the 60s-inspired Avanti Air could genuinely be considered a minimalistic product. The branding is just what you expect from a Moshi-made piece of hardware. The etched logo is found on both sides of the main curved metal band, but you wouldn’t notice it initially.

While I would have liked a folding headband, I do like the flexibility and strength that this style offers over collapsing plastic options. That said, each earcup does slide and fold inward to allow you to stow these away in the included carrying case.

The insides of each band are also embossed to let you know which earcup is left and right. Controls such as the volume up and down rocker and play-pause button are all kept on the right earcup for easy access — sorry lefthanders! 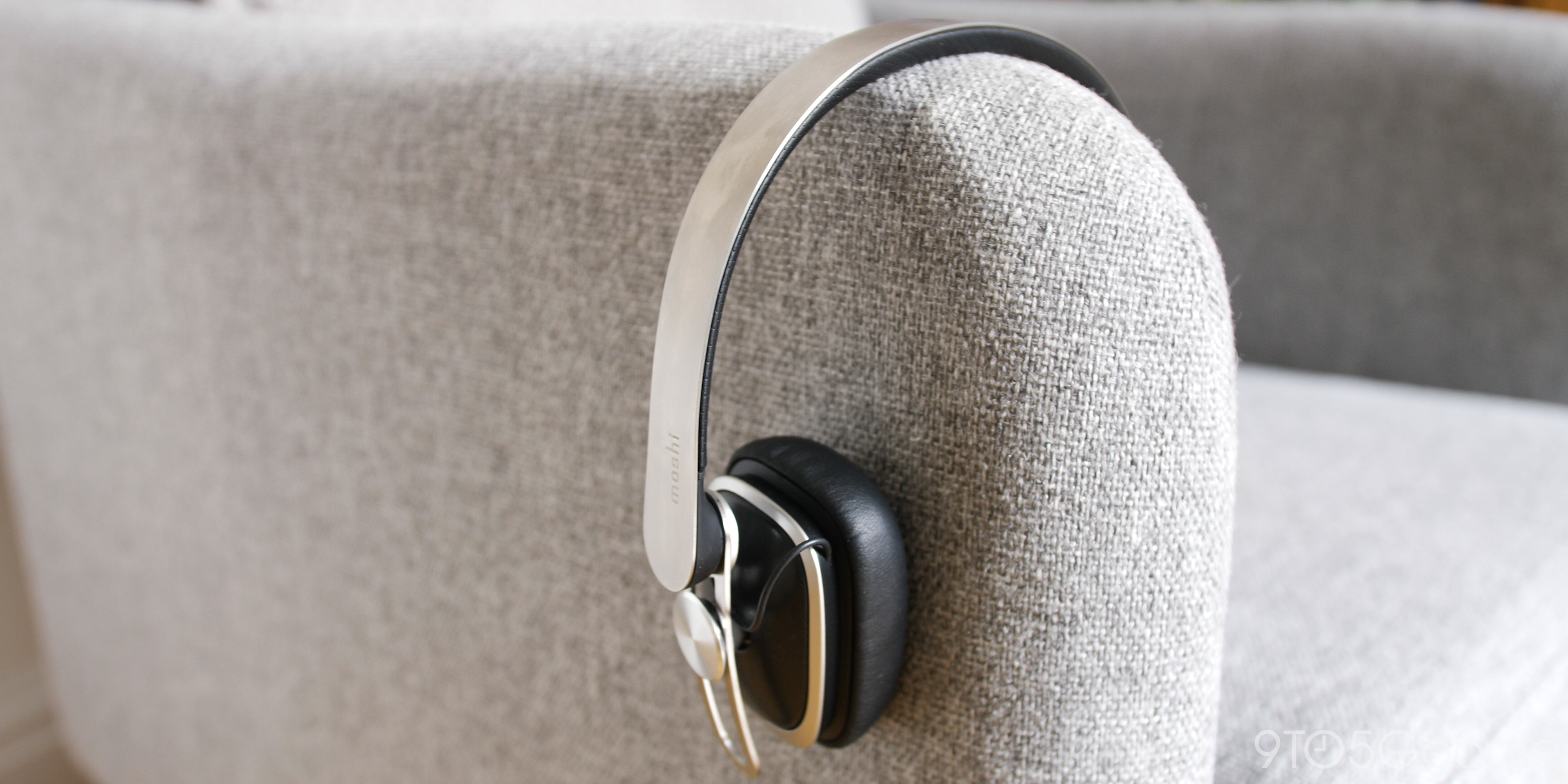 While the buttons are welcome, I find they have quite a loud click that you will most definitely notice when switching tracks or increasing volume. Holding the play-pause button will launch into the Google Assistant and it has picked up my requests for directions, weather updates, and more with aplomb.

I do have quite a small head, so I found that I have the earcups extended at the smallest setting for better comfort. When fitted though, the Moshi Avanti Air sit comfortably and although have a little wobble, they will stay in place so long as you’re not trying to use them in the gym.

Given the classic design, my advice would be to avoid using the Moshi Avanti Air in the fitness arena. The on-ear style doesn’t suit the strenuous activity and you’ll find they slip, and the leather cups won’t withstand the constant attack of sweaty ears.

I like the carrying case, but it most definitely is bulky compared to some others that come with similarly priced over-ear or on-ear headphones. Given the price tag, a decent quality carry case is always something you expect rather than being surprised by.

It is also a nice surprise that the Avanti Air are charged via USB-C rather than the outdated micro-USB. I’ve had Bluetooth headphones use both charge methods over the past couple of years and USB-C is just much easier now that we are seeing most devices adopt the connection. If you lose the short charge cable it’s, therefore, less of a big deal.

The pairing process — you’ll be pleased to hear — is quick and painless. Just hold the power button (when turned “off”) for just a few seconds. You will notice the power LED on the underside flash slowly, it took my Huawei P30 Pro mere seconds to pick up the Avanti Air and even less time to connect.

Not quite what you would expect 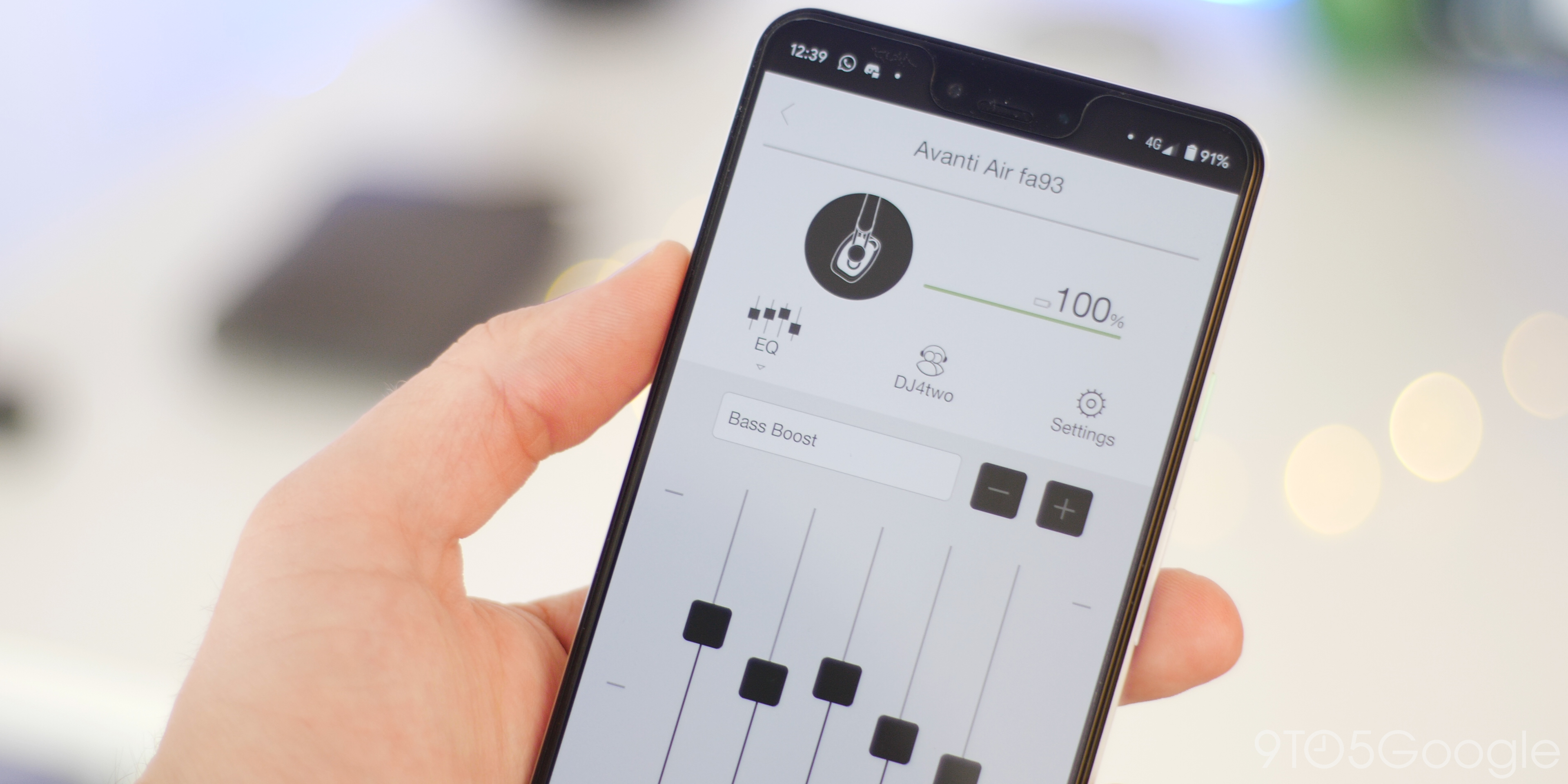 So at almost $300 for a pair of wireless Bluetooth headphones, you should really expect the very best audio experience. I can’t honestly say that is the case though with the Avanti Air.

My experiences are mixed, to say the least. While I found the on-ear style pretty comfortable and the design beautiful, the audio experience is more on the end of middling. My biggest complaint is the audible “Bluetooth hiss” that the keen ear will pick up once you power them on with no audio playing.

It’s a little frustrating to pick up when initially turning these cans on, but when listening to music I haven’t once been able to pick it out. Luckily, I haven’t heard this ‘hiss’ rear its head when listening to delicate tracks or podcasts as yet. My personal experience is that this hiss simply disappears after a few seconds of powering on before reappearing intermittently — almost as if it is the headphones connecting to your device.

Audio when using streaming music applications is good. If I had to put an out of ten figure, I’d say 6/10. That isn’t exactly great considering the price tag, but there is more to it than just that. Downloading your music library does result in a more pleasing experience, although I would imagine most audiophiles would avoid Bluetooth headphones and streaming services like the plague anyway.

Spoken word audio is crisp and clear, but the natural bass is a little bit lacking. That isn’t the case when listening to music. Firing up my go-to track QoTSA – No One Knows, the intro section manages to retain that nice punchy bass and you can make out the nuances of the track pretty well. It’s the vocals that suffer somewhat, lacking real punch and feeling like a drone rather than the focal point of the track. 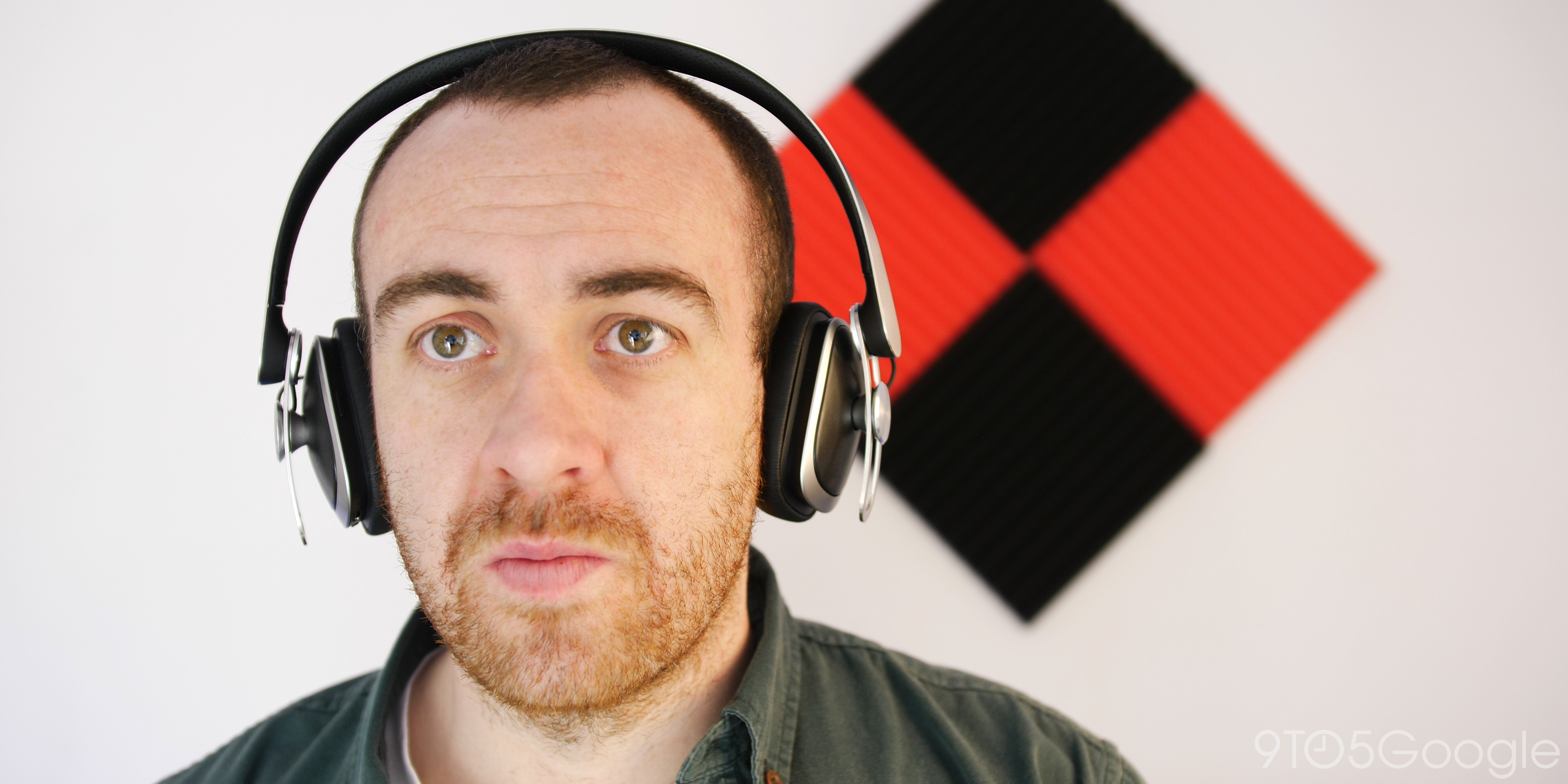 You can combat this by repositioning the ear cups to isolate the sound better, but overall I find this a bit of a frustrating experience adjusting to get the best audio for specific tracks. By no means is the audio terrible, it just feels a little ‘thin’ compared to equally pricey Bluetooth cans you can pick up.

The Moshi Bluetooth app allows you to tweak the audio profile but like all of its ilk, you don’t get truly in-depth controls. I’m personally happy with that, as the true nuances are even lost on me, and I — dare I say it — have a little more interest in audio than the ‘average’ consumer. Anyone just wanting to make some subtle EQ tweaks should be happy with the controls in Moshi’s app.

The application was working great on my Huawei P30 Pro until recently, where it is now stuck in a boot loop and won’t load. I’ve passed on this problem to Moshi directly hoping it gets resolved soon.

As for using the Moshi Avanti Air when watching movies or videos, I can’t honestly say I’ve noticed any real audio lag. There might be a minuscule amount of lag, but I can’t personally see it. Call quality is somewhat ‘muffled’ or so I have been told by those I have called using them. If you are calling via the headphones, they sound great but I do find myself having to repeat myself in crowded or noisy environments when making a phone call using the Avanti Air. 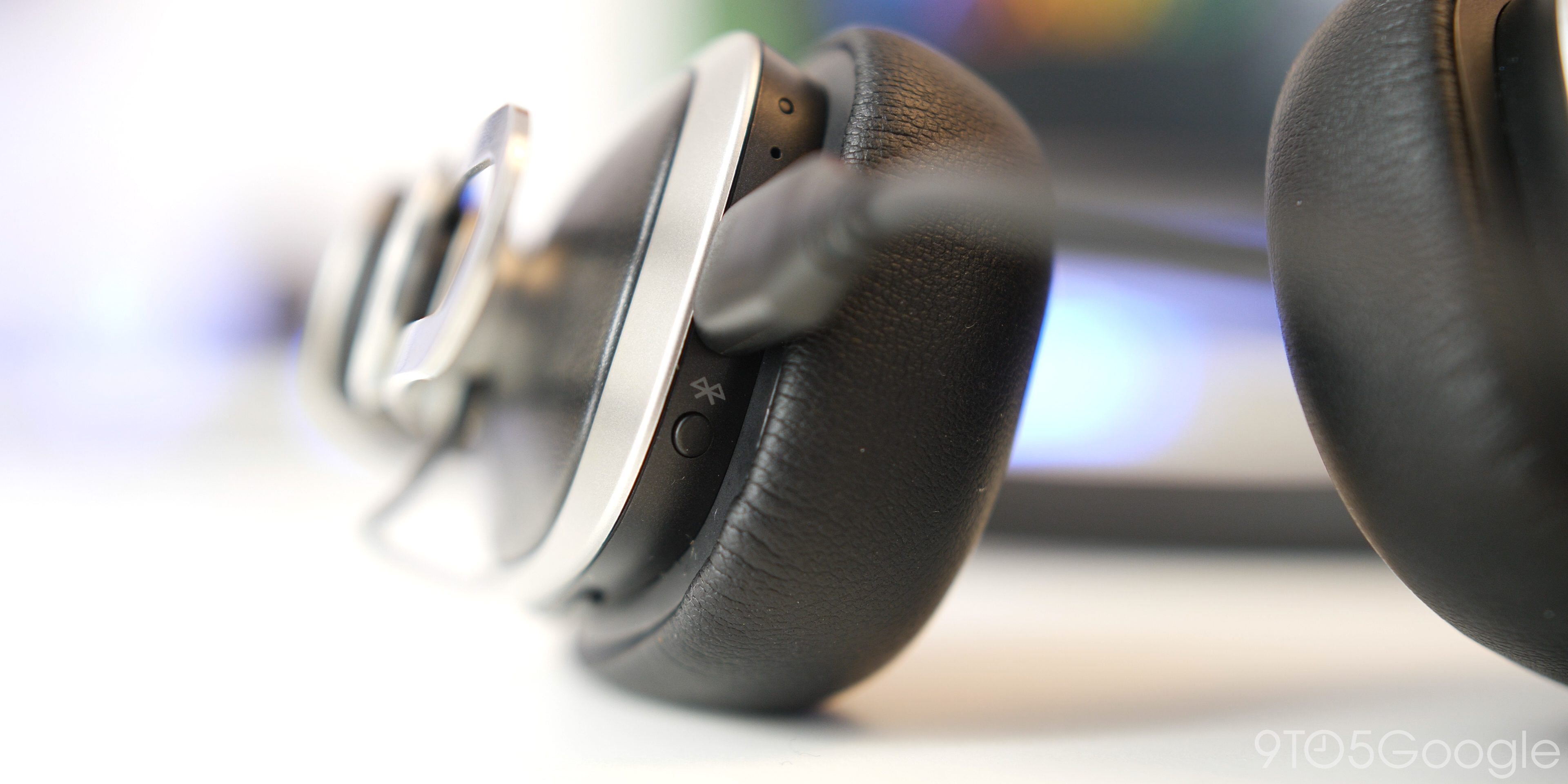 Moshi claims that the Avanti Air can manage nearly 27 hours on a full charge. I think that might be stretching the truth quite a bit. My personal experience is about 16 hours approximately on a single overnight charge. That’s still a long time, but almost half of the claimed lifespan.

With the addition of a USB-C charge port, you can always top up quickly and painlessly though. I’ve found myself putting a power bank in the headphone carry case. That allows me to top up the headphones or my phone up when I need a little extra lifespan.

I can’t comment on many other pairs of over-ear or on-ear Bluetooth headphones, but I’m pretty pleased with the battery life. Using the Avanti Air for an average of three hours per day (one at the gym and two walking my dog in the am and pm) I only need to charge once per week.

All style but not quite as much substance

Let me start by saying that I do really like the Moshi Avanti Air headphones. They are classy, compact and you know that they will really withstand the test of time. Moshi is renowned for making high-quality accessories for your expensive tech trinkets and the Avanti Air are no different.

My biggest gripe is that a few faulters in the audio quality department make them more difficult to wholeheartedly recommend at a few pennies short of $300. That’s not to say you will be disappointed, I just don’t want to give the false impression that the Avanti Air are top-tier in the audio arena.

If you value aesthetics over audio, then they could be the among the best looking headphones on the market with a ‘solid’ sound profile. As it stands, I would say that the much better value Audio Technica ATH-M50X studio monitors will offer a better overall experience and come in a Bluetooth flavor now too — for $100 less.

Get the Moshi Avanti Air headphones