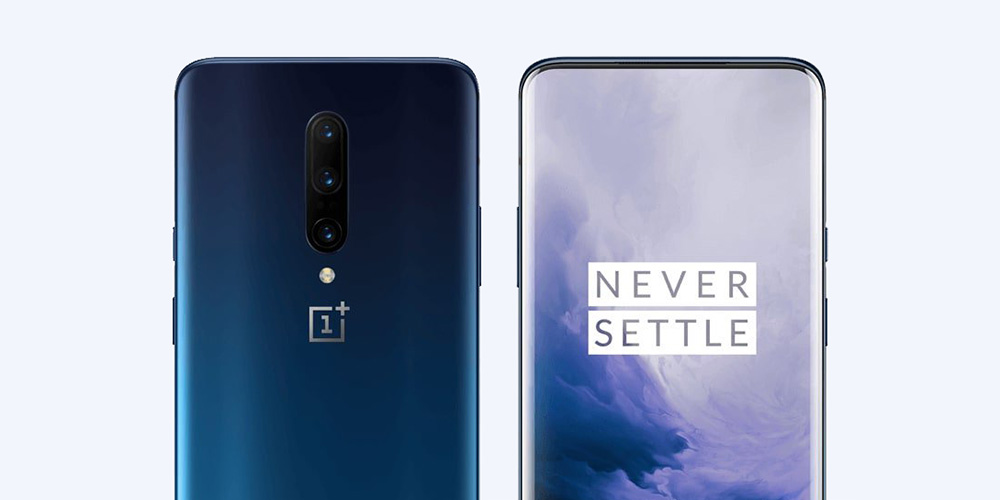 With all of the OnePlus leaks that have been hitting the web as of late, it was only a matter of time until some high quality renders hit the scene. This afternoon, that’s exactly what we’ve got with official-looking renders of the OnePlus 7 Pro in Nebula Blue the traditional black.

First shared by WinFuture and quickly corroborated by Ishan Agarwal, the OnePlus 7 Pro has been shown off in official-looking renders which confirm a lot of what we’ve been seeing the past few weeks. This includes the triple camera array on the back, the nearly bezel-less display, and the lack of any sort of notch.

That camera array is expected to be made up of a 48MP primary sensor along with a 3x optical zoom telephoto lens and a wide-angle lens as well.

However, what’s more interesting in today’s leak is the color. Apparently, the OnePlus 7 Pro will be available in a Nebula Blue color variant which is a two-tone design. It’s very similar to the Thunder Purple option that debuted with the OnePlus 6T. That blue option is shown accompanied by a black model which Ishan says is called “Mirror Grey.” There have been rumors in recent weeks of a brown color also coming, but it’s not been pictured today.

Further, these leaks give us a clear look at the curved glass display on this device. This has been rumored for quite some time, and it seems to be confirmed here. The curved glass look is something we’ve seen many OEMs adopt following in the footsteps of Samsung. It’ll be interesting to see OnePlus’ 90Hz panel under the curve.

The OnePlus 7 and OnePlus 7 Pro are both set to arrive on May 14th.