OnePlus 7 & 7 Pro rumors: Everything we know so far [Video] 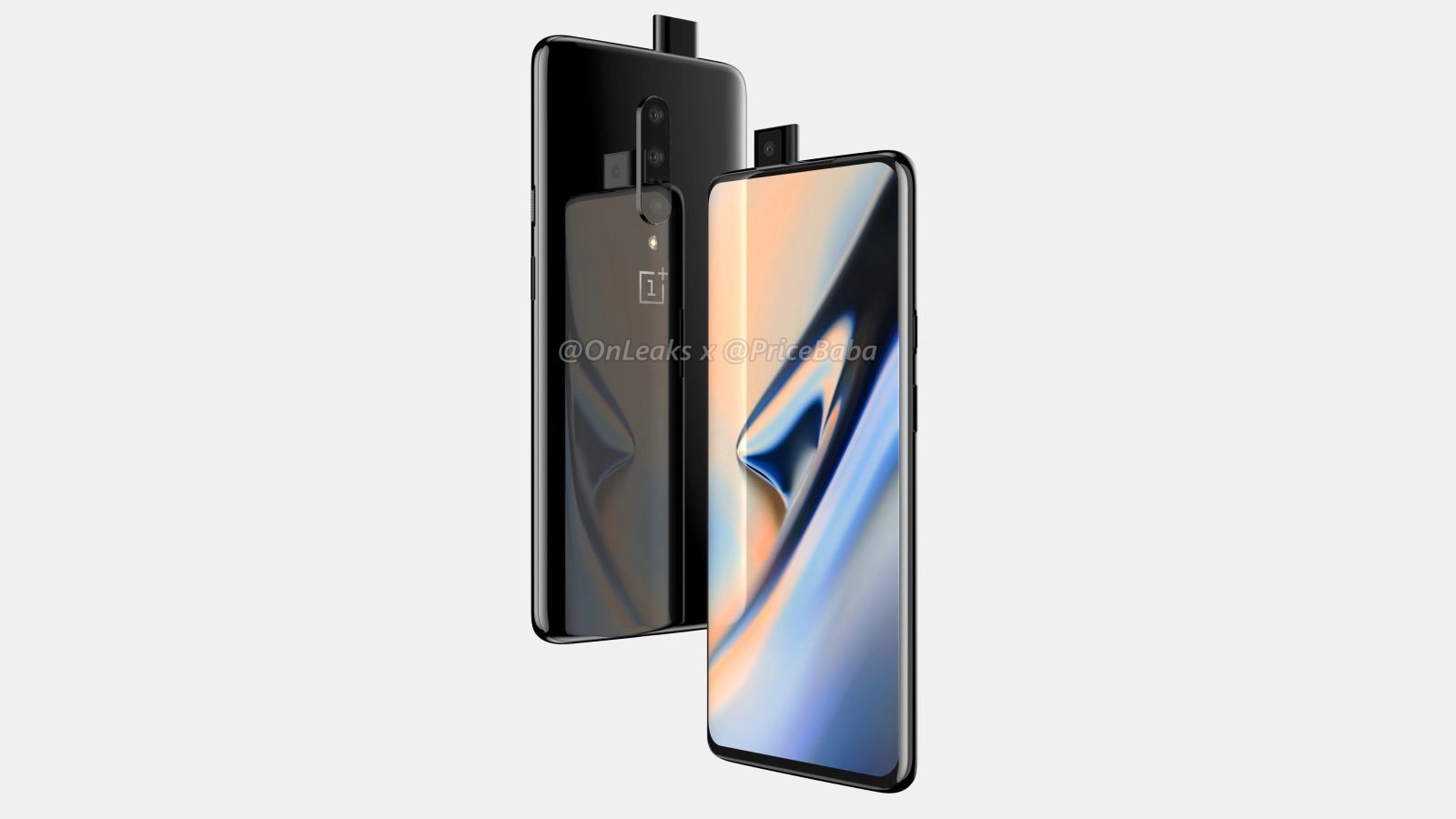 OnePlus has really come of age over the past 12 months. The release of the OnePlus 6 and then the 6T has really cemented them as a serious player in the smartphone space. With the OnePlus 7 and 7 Pro on the horizon though, we’ve collated a huge array of rumors into one convenient place.

Naturally, with information coming in via leaks, speculation and mere assumption, it’s worth noting that we still won’t be certain on all the specifics until the official release date.

While the leaks and tidbits might send us into a OnePlus 7 rumor frenzy, it also whets the appetite for what has quickly become one of the foremost reveals in recent years. OnePlus know just how to tease us with enough to keep us second guessing without revealing too much juicy information.

We are expecting three distinct devices to be announced, which has already been confirmed by company CEO Pete Lau. The first of which will be the OnePlus 7 and the second will be the OnePlus 7 Pro — the latter being a slightly souped-up version of the more standard variant. The final option will likely be a 5G variation of the Pro model.

Pete Lau, in an interview with The Verge, confirmed the existence of three handsets: “The OnePlus 7 will be arriving with a plus-one: a super flagship, which will be called the OnePlus 7 Pro and will include a significant display upgrade plus a 5G option.”

The official announcement of the OnePlus 7 and OnePlus 7 Pro will take place simultaneously in London, New York and Bangalore on May 14th, while a secondary launch will come on May 16th in Beijing.

Launch dates are still all speculation but pre-orders will likely open shortly after the wrap up of the keynote. We’d give a rough but calculated estimate of mid-to-late May for device availability.

Expect only the best internals, we’ve come to expect flagship specifications at a more affordable price-tag, and the OnePlus 7 and 7 Pro will not disappoint. We are expecting all versions of the OnePlus 7 to come with the same base internals.

That means the Snapdragon 855 chipset and a sizeable amount of RAM for ultra smooth performance. That combination of power and the lightweight OxygenOS should result in top-tier performance unlike anything else on the market at this point in 2019.

OnePlus are known for stacking their devices with specifications that will help them last much longer than comparably priced handsets. Expect a base of 6GB of RAM on the standard OnePlus 7 and OnePlus 7 Pro, which can be configured up to 12GB.

We’ve heard very little information or even rumors on the potential battery capacity of the standard OnePlus 7, but it’s unlikely to be smaller than the 3,700mAh capacity found in the OnePlus 6T. If it can match or exceed the battery life on the OnePlus 6T, then we will be very, very pleased. 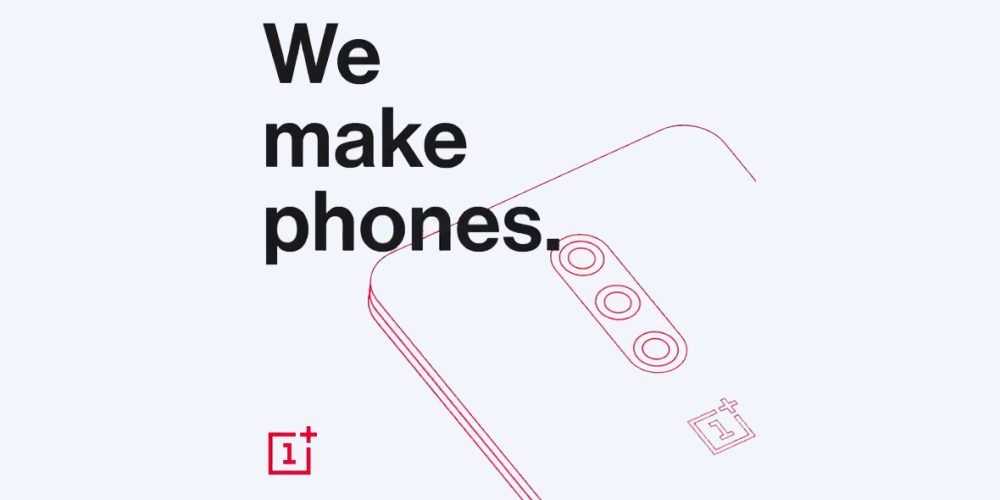 Alongside the display on the OnePlus 7 Pro, the rumors were rife earlier in the year of a massive camera overhaul. We have waited for an upgrade to the camera setup for some time and the 7 looks set to duly deliver.

Three rear-facing cameras will adorn the back of the 7 Pro, while the familiar dual camera setup will be found on the 7. The most interesting aspect is the inclusion of a new 48-megapixel sensor that outstrips the 16-megapixel sensor found on the 6T. Hopefully, we will see a marked step up in quality over previous models in the camera stakes.

A teaser of the triple camera on OnePlus’ social channels explicitly confirmed the inclusion. We are expecting a 48-megapixel main sensor, 16-megapixel sensor and an 8-megapixel tertiary sensor to come with the OnePlus 7 Pro. We’d imagine that one will be a 3x telephoto, one added for depth sensing and the massive 48-megapixel sensor is there for quality.

Recent leaks of camera samples confirm the jump in quality with the 48-megapixel sensor using pixel-binning technology to produce high-quality 12-megapixel stills than possible using a 12-megapixel sensor. For me at least, the quality of the OnePlus 6T camera was one of the only real things holding back the device from being a contender of the best phone of 2018.

The kind of lacklustre Nightscape will also return, we do hope that it has had some major improvements since being release. Although that said, we’d be very surprised given OnePlus’ track record with cameras if it will stack up with the Pixel’s Night Sight and Night Mode on Huawei devices.

Regardless of past performance, here’s hoping that we see a few more improvements in the camera department in 2019. The introduction of some new hardware is bound to be a massive step in the right direction.

With two distinct designs to choose from, there are some inherent differences between the two handsets — we’d expect the 5G OnePlus 7 to simply be an upgraded Pro model.

Firstly, the standard OnePlus 7 will act as more of a bridge between the older 6T and the 7. It will have a very similar outer shell and basic formula. Those expecting a massive overhaul between the standard 7 and the 6T will, unfortunately, come away disappointed.

The biggest inclusion to the new OnePlus 7 Pro will be that of a pop-up camera. It won’t have a funky design like the Oppo Reno 10x zoom edition but instead will have a small module for front-facing selfies. Question marks remain over just how this sliding camera design will withstand repeated and extensive usage.

That said, many other slider designs from OnePlus stockholder, Oppo, are rated for over 200,000 usages. We would expect the OnePlus 7 Pro sliding selfie camera to manage similar usage during its lifespan.

We saw the inclusion of an in-display fingerprint reader with the OnePlus 6T and that trend looks set to continue with all models of the OnePlus 7. Whether it will improve speed and consistency is another question entirely, but the biometric unlock option will remain. Fans of physical options, sorry, but it doesn’t look like it will come back.

Speaking of biometric security, we are led to believe that the pop-up selfie camera will also provide you with the ability to unlock your device but it is unclear if this might add to that toll of usage and does raise questions about overall longevity.

Stereo speakers are expected for the first time on a OnePlus device. We’d expect the front-firing earpiece to act as the main speaker, with the downward facing option working in tandem to produce better audio when watching media or listening to music. It’s unclear if this will be exclusive to the Pro model though given the leaks show the standard 7 will look almost identical to the OnePlus 6T.

We are expecting a slew of colors at launch, we have several rumors about colors available from release day. Naturally, you can expect to see the timeless mirror black version alongside a new Almond option and intriguing Nebula Blue.

It will be interesting to see if this Nebula Blue option bears any resemblance to the Thunder Purple 6T released shortly after the official 6T announcement. We also wouldn’t be surprised to see more tie-ins with brands later down the line akin to the OnePlus 6T McLaren Edition that came out towards the end of last year. 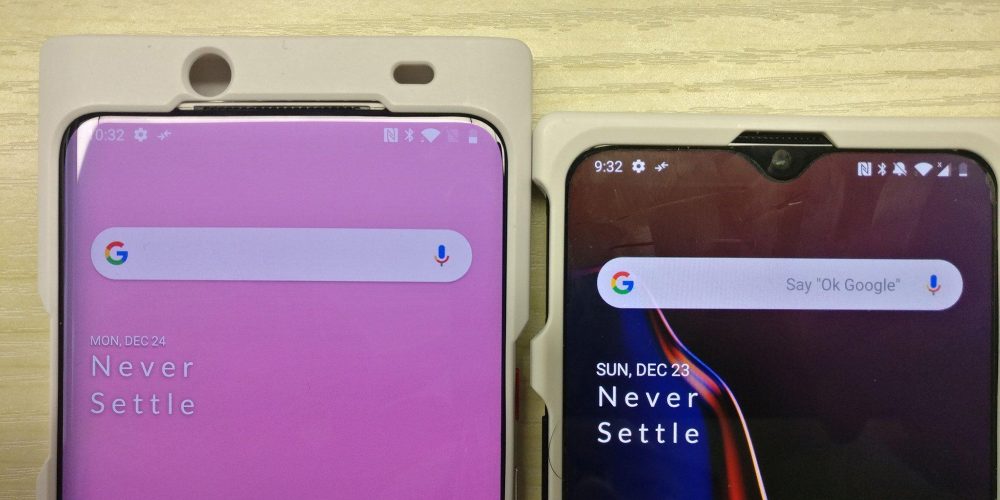 One area that seems to lack on many a OnePlus device is the display. That’s not to say they are particularly bad or not up to snuff, they have instead been a little behind the curve or industry as far as overall quality is concerned.

We will see the first 90Hz display on a OnePlus device with the OnePlus 7 Pro, and the first QHD+ display to boot. We’re less up-to-speed on the standard OnePlus 7 display but it isn’t expectedly to match the quality of the AMOLED on the Pro. We’ll probably see an FHD+ option that does not include a 90Hz refresh rate.

Leaked images as far back as the turn of the year showed an encased device that appeared to be a prototype OnePlus unit without a display notch and one with the familiar teardrop option. Of course, the lack of a notch on the Pro variant is due to the pop-up selfie camera rather than any new under-display camera tech.

DisplayMate's in-depth Lab Tests of the OnePlus 7 Pro OLED Display have just been completed, earning our Highest A+ Display Rating. Our in-depth Display Shoot-Out will be published here on May 14.

I think one area that has always endeared potential buyers to OnePlus and one of the core reasons they are so passionate about the devices is the sheer bang for your buck they offer. The initial low price structure has since slowly eroded with each OnePlus release but looks set to be destroyed with the introduction of a Pro model.

Pricing is set to start at a reported $499 for the 6T successor, but the OnePlus 7 Pro will set you back an expected €749 for the mid-level OnePlus 7 Pro which comes with 8GB of RAM and 256GB of storage. The OnePlus 7 pricing rumors don’t include the entry-level 6GB RAM/128GB storage option though. It could possibly be at the €699 sweet spot though.

You will pay €819 for the 12GB of RAM, 256GB storage flavor, by far and away the most expensive OnePlus device to date and very close to what other OEMs are charging for similarly specced handsets.

What the OnePlus 7 and OnePlus 7 Pro won’t include

CEO Pete Lau said in an interview with CNET that: “OnePlus charging is one of the best” and that “wireless charging is inferior.” Of course, he refers to the speeds at which the device charges, where wired charging still has a very clear advantage.

The OnePlus X was one of the few OnePlus devices to include microSD storage expansion on the OnePlus line, so it stands to reason that we’re unlikely to see the 7 reintroduce the expandable storage. If you are interested in picking up a OnePlus 7 device (in either flavor) then be sure to pick up one with as much storage as you deem ‘acceptable’. No microSD card slot means you’re stuck with the factory allowance.

Although we are expecting a 5G capable OnePlus 7 Pro at some point, we are not expecting the device to ship with 5G capabilities right out of the box. That is despite claims at the Qualcomm summit that OnePlus would be one of the first 5G smartphone makers in 2019.

We have already managed to get up close and personal with a OnePlus 5G prototype, which showcased the device playing the Shadow online game streaming service. Leaks have suggested that we will see the dedicated OnePlus 7 Pro 5G option at some point later in 2019.

We’re a little way away from the full release of Android Q, so it stands to reason that the OnePlus 7 and OnePlus 7 Pro will ship with OxygenOS atop Android Pie, as it has since the release of the 6T.