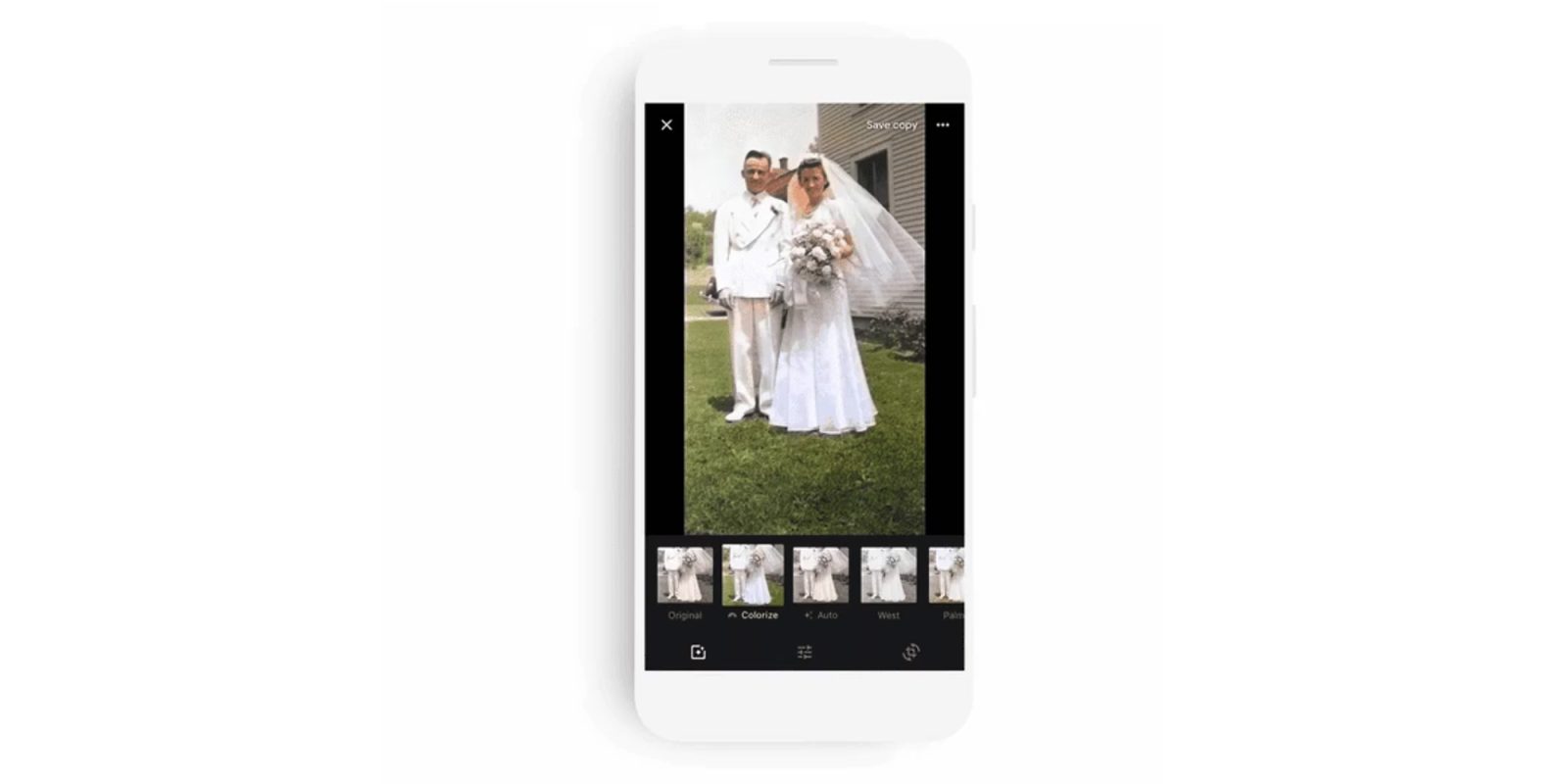 Back at I/O 2018, Google teased the seriously impressive Google Photos feature Colorize, which has the ability to add color to black and white photos.

For the past year though, we haven’t seen or heard much about this Colorize feature and it hasn’t appeared in Google Photos. Well, the feature has broken cover once again courtesy of Google Photos product lead, David Lieb over on Twitter. Lieb responded directly to a Mashable post (via Android Police) and confirmed that we will see Colorize on Google Photos eventually.

Lieb even showcased the upcoming feature in action and it looks seriously impressive. It is said to work by utilizing the TensorFlow machine learning algorithm to add color to specific portions of old black and white images. Lieb even teased a beta release for the new feature but only gave “soon” for a potential timeframe — stating that the Photos team did not want to “rush” a release.

2/ Here’s a photo of my 104yo grandmother on her wedding day, colorized with Google Photos on my phone. (You can see we have some work to do; my grandfather didn’t wear pink pants to his wedding!) pic.twitter.com/Ni8v0Bz3vg

Google Photos Colorize feature isn’t new technology or even a new technique. There are a plethora of apps that can do almost the exact same thing both in application and online form. Instead, Colorize could be a way of bringing a new lease of life to those that maybe weren’t aware that their old black and white photos could even have this color-adding treatment.

The .gif shared by Lieb also showcases that the Google Photos team is right to not rush out the Colorize feature. While the majority of the image looks great, some rogue colors do pop in and threaten to ruin the process. We’re sure that more data and a solid beta program will iron out these little issues.

The power of Google’s machine learning and the almost ubiquity of Google Photos itself is why this is such a great addition to an already superb photo-library tool. On a personal note, combining Google PhotoScan with Colorize within Google Photos could be an amazing way to preserve precious family memories and convert them from black and white to beautiful color renditions.