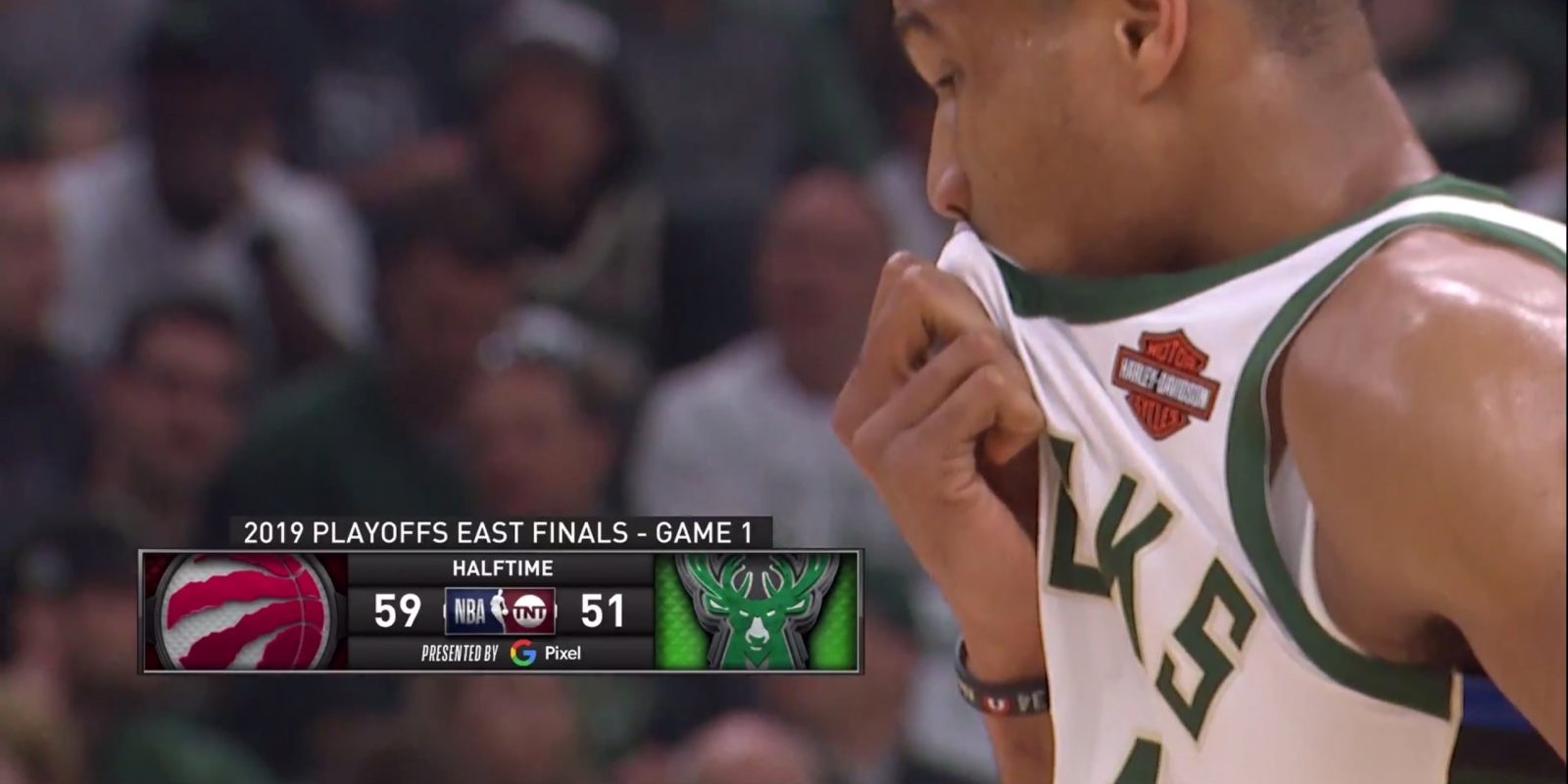 The series between the Toronto Raptors and Milwaukee Bucks kicked off this evening. TNT’s coverage is being “presented by Google Pixel,” with the arrangement announced back in April. AT&T sponsored coverage during the last round. This presentation could run for six more games depending on how long the Conference Finals last.

Spotted by The Verge’s Vlad Savov, the “G Pixel” logo was prominently displayed at the start of the game. Just before commercial breaks, the colorful icon and workmark also makes an appearance on the scoreline.

This advertising push comes just a week after the Pixel 3a and Pixel 3a XL’s unveil at I/O 2019. Widely available at retailers and more carriers on launch day, there are already several billboards cheekily contrasting price and Night Sight camera performance to Apple’s “Phone X.”

Google's "presenting" the NBA Eastern Conference Finals. Which is linguistically stupid, but also, probably, the biggest advertising push for the Pixel in the US. https://t.co/UmRA8V55hA pic.twitter.com/4vhnOAkg9c

YouTube TV last year presented the NBA Finals and had a cool ad that transitioned to the live game. For the cord-cutting service, advertising during sporting events has helped attract new subscribers. Other Google partnerships include Major League Baseball and Major League Soccer. Google and the NBA this year also worked on voting for the All-Star Game.

Made by Google is going all-out this year to raise the profile of its hardware. The “Google Nest” campaigns help inform users about the new unified branding, while the premium phone business is seeing a slump that could benefit from a large advertising campaign to increase awareness.