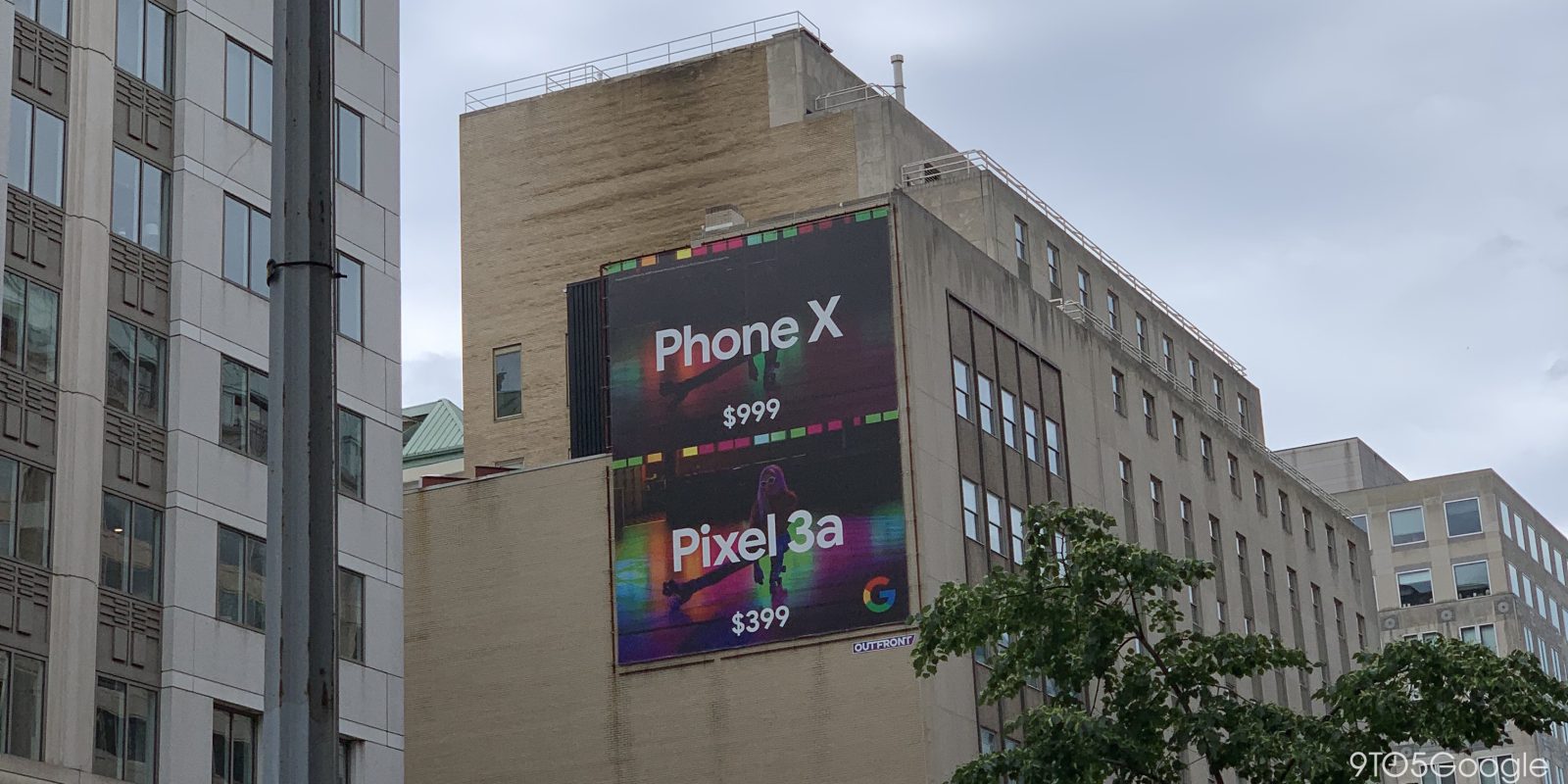 The Pixel 3a and Pixel 3a XL went immediately on sale at physical and online retailers after Google announced them on stage at I/O 2019 on Tuesday. Similarly, the marketing campaign is in full swing with one billboard from Made by Google driving home camera performance and price versus “Phone X.”

Beyond social media, Google has physical billboards for this advertising campaign. They are continuing this line of attack for the Pixel 3a with a new billboard that 9to5Mac’s Michael Steeber spotted in Washington, D.C. — amusingly near Apple’s new Carnegie Library store. (Update: A second identical ad was spotted in the D.C. area.)

For its latest phone, Google added prices to the billboard to distinguish how its cheaper phone takes better pictures in the dark compared to a flagship. Night Sight’s computational photography prowess is available on all Pixel phones dating to the original in 2016. 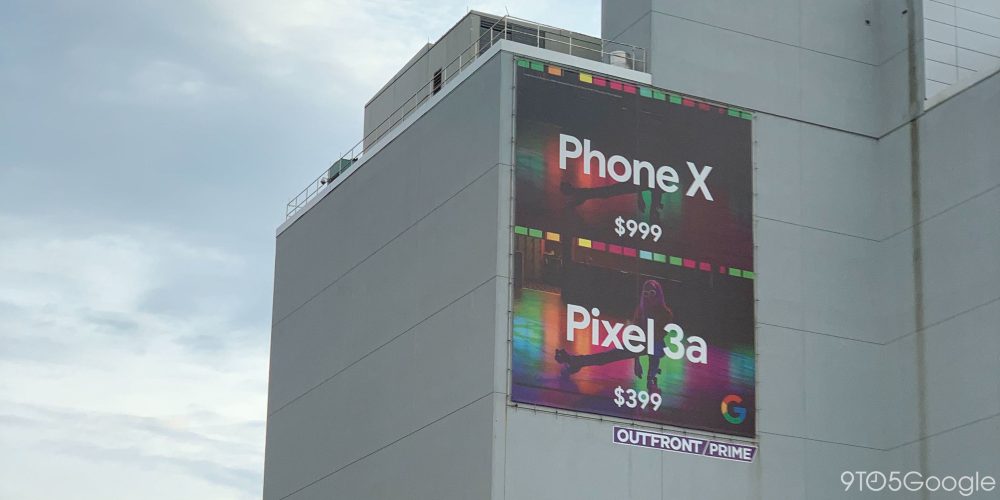 On first glance, “Phone X” might harken to 2017’s iPhone X, but fine print in past ads specified how the competing shot was taken on an iPhone XS, with the $999 price point today backing that up.