Did Google and ATAP really make a health band for a one-off art project? 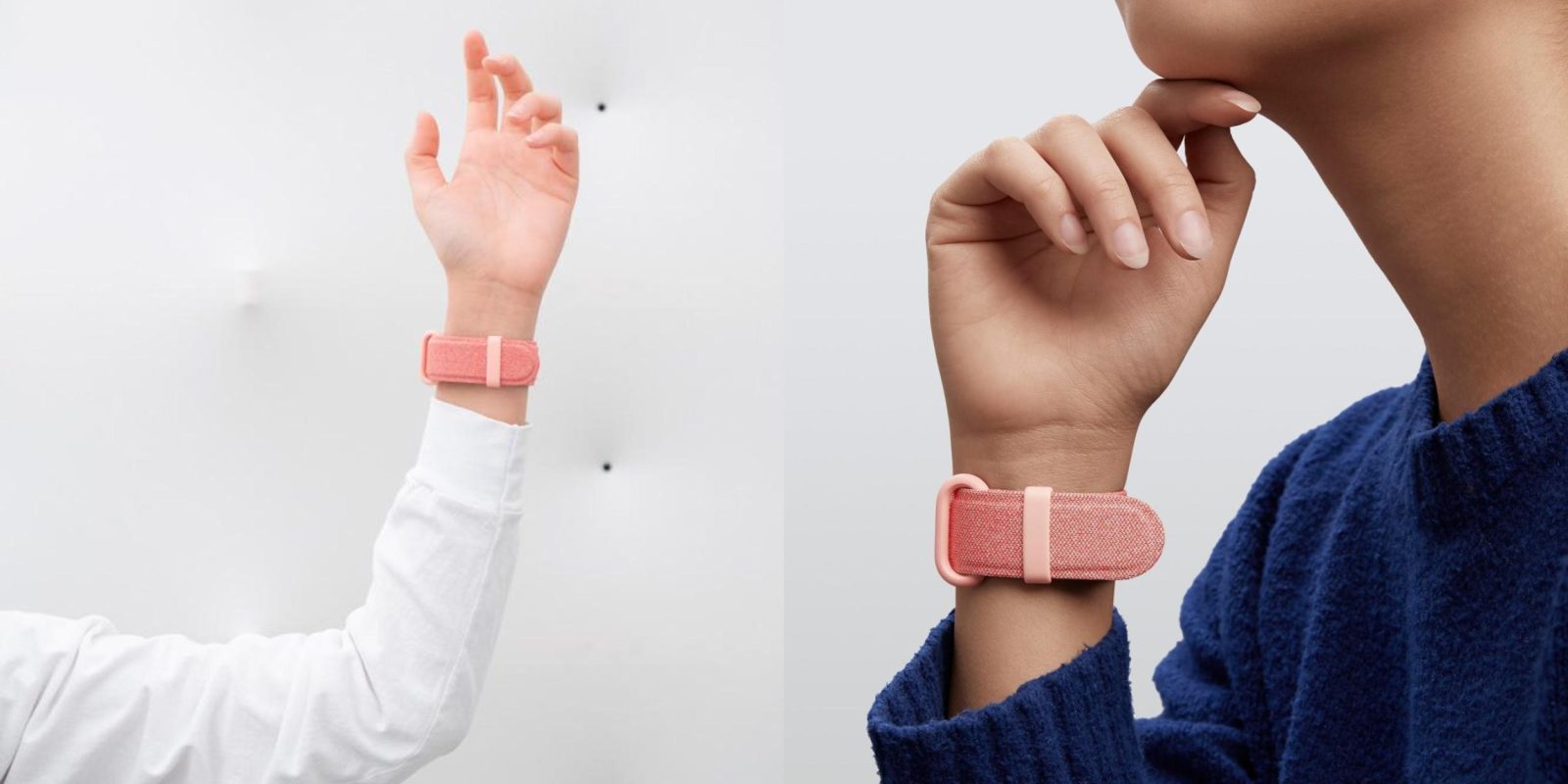 You probably missed it, but back in April, Google’s hardware division very quietly mentioned that it created a new product. In announcing an exhibit at a Milan design conference, the company briefly detailed a “specially-made wristband that measures biological responses.”

Especially following the emergence of a mysterious “wireless device” from Made by Google last week, we can’t help but explore the natural question: Could this Google health band become an actual product?

For some background, Ivy Ross — Google’s head of hardware design — opened the company’s exhibit at design conference Salone del Mobile Milano in April. While this wasn’t the hardware team’s first foray at Milan Design Week, 2019 saw Google incorporate the science of visual design and how it impacts people (neuroaesthetics) with specially-made technology in “A Space for Being“. This is in sharp contrast to just creating a gallery that showcased its product lineup in day-to-day life the year before.

Neuroaesthetics, a scientific field of study that explores the impact of aesthetic experiences on human biology, offers insight into which inputs evoke specific responses. It’s the reason your heart rate may change when you touch certain fabrics and why your energy level could shift based on the colors around you.

Google and its artistic partners created three distinct rooms with “unique textures, colors and design elements.” As people explored each space for five minutes, they wore the “specially-made wristband” to gather which room they were most comfortable in.

That metric was derived from the band tracking motion, heart activity, breathing rate, skin temperature, and skin conductivity. At the end of the exhibit, data was transferred from the band via a large white pebble-like device to a tablet, with results displayed in a swirl of color.

Interestingly, an interview with Wallpaper back in April revealed that this band was “designed by Google Hardware and its Advanced Technology and Projects division.” The former explains the color and fabric choices, while ATAP’s involvement is quite surprising — implying a greater level of technological innovation for this “art project.”

As mentioned, it begs the question of whether Google just created a one-off piece of hardware, or whether we should expect it — or something like it — as a consumer product in the future.

For one thing, the effort that went into developing this supposedly single-use wristband seems quite significant. While it looks like a bracelet, four always-running sensors had to be squeezed into that thin, flexible body. Additionally, it also has to include a battery and operating system of some kind, as well as some form of communication to transfer the data onto a tablet-like device and interpret the health metrics. 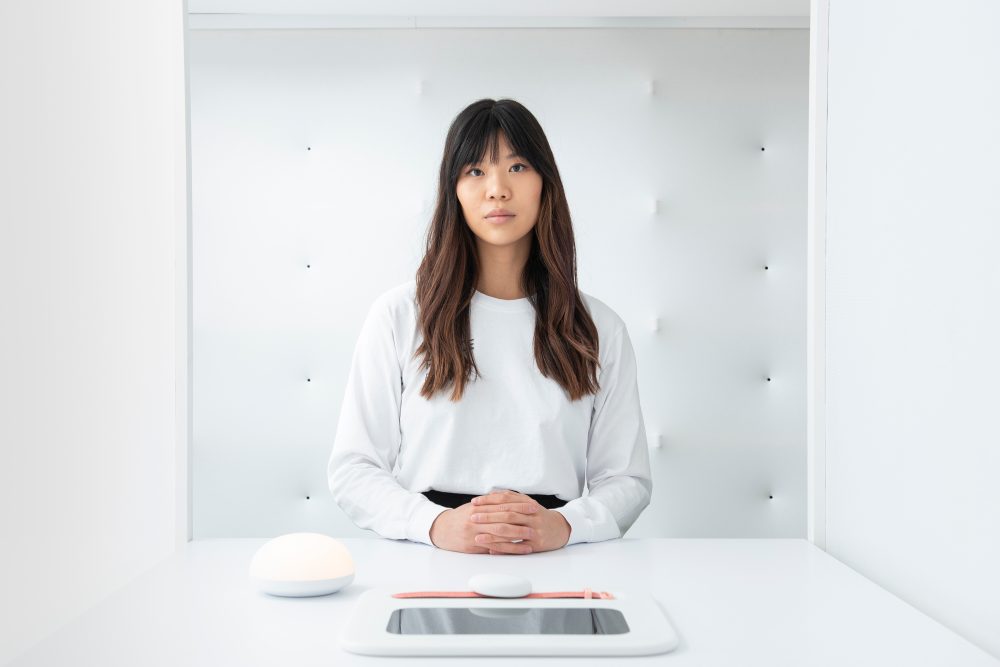 While it’s possible that this hardware was indeed created for this single purpose, another possible scenario in my view is that the health band’s technology was already in the works and this embodiment was used for the art exhibit as a quiet public beta that ran six days and allowed Google to test the design in the real world.

The wearable’s existence should not be surprising for a company like Google where many hardware projects are underway. However, this band also exists in the context of Google’s burgeoning health efforts and an area the entire tech industry is currently exploring.

Late last year, Google hired a former healthcare CEO to “organize” health efforts and foster collaboration across Alphabet. From a pure research standpoint, the company has shown that AI can detect cancer, eye disease, and much more. All this work could revolutionize the doctor’s office, but the intersection of technology and health also has a consumer impact.

The Apple Watch in its fourth generation has become equal parts timepiece, notification device, and health tracker. It measures your heart rate throughout the day, can capture ECG, record steps, and detect falls. This raw data alone is powerful and could be helpful to your doctor. 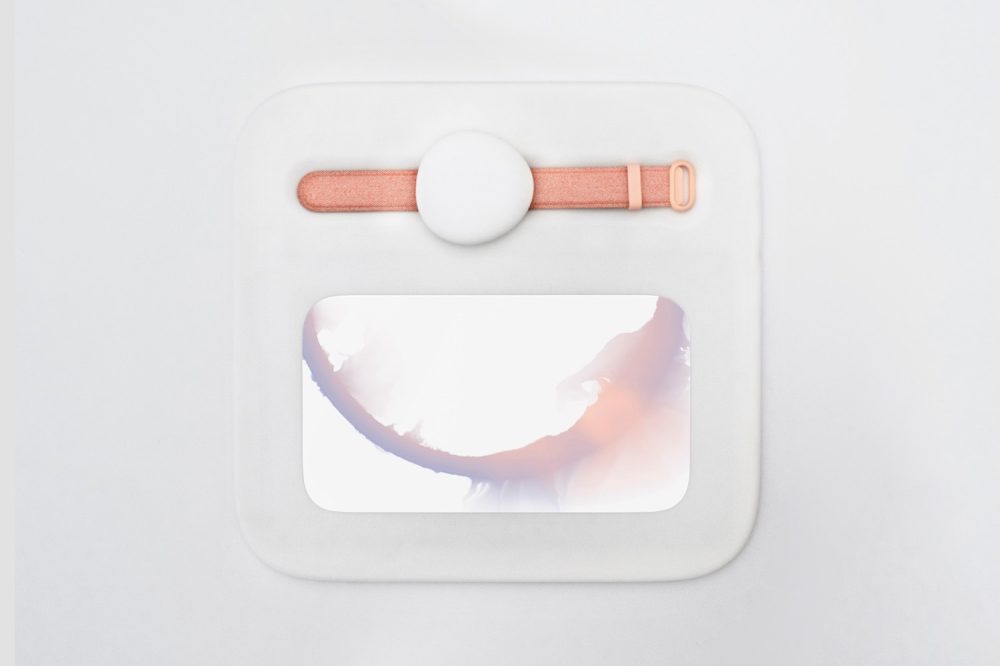 Given the state of Wear OS, Google does not have access to or provide a similar corpus of data. Smartwatches running the operating system just pale in comparison to those from Apple, Fitbit, and Garmin. Google increasingly finds itself locked out of that data, and has even turned to making Google Fit for iOS ingest Apple Health data to process metrics for Health Points and Move Minutes. However, expecting users to download another app is not a sure fire way to get a presence in health.

Making a cheap, nice looking, and simple Google health band that automatically syncs to Fit would be an interesting strategy, however, and last week’s fitness tracker could be a sign of just that.

While certainly a long shot of speculation, last week’s FCC filing happens to describe a device that might be similar to what was shown off at the art exhibit in April. Bluetooth is the only radio, and the lack of a screen would work to reduce its cost. As my colleague Stephen Hall likes to point out, Google’s biggest hardware successes — Chromecast, Home Mini, Nest Hub — are highly correlated to affordability.

The product is equally as simple, too, and you would not physically interact with the wristband beyond just wearing it. All interaction would presumably happen on your existing smartphone. Incidentally, the FCC last week revealed that Google’s mystery upcoming product has a companion app. 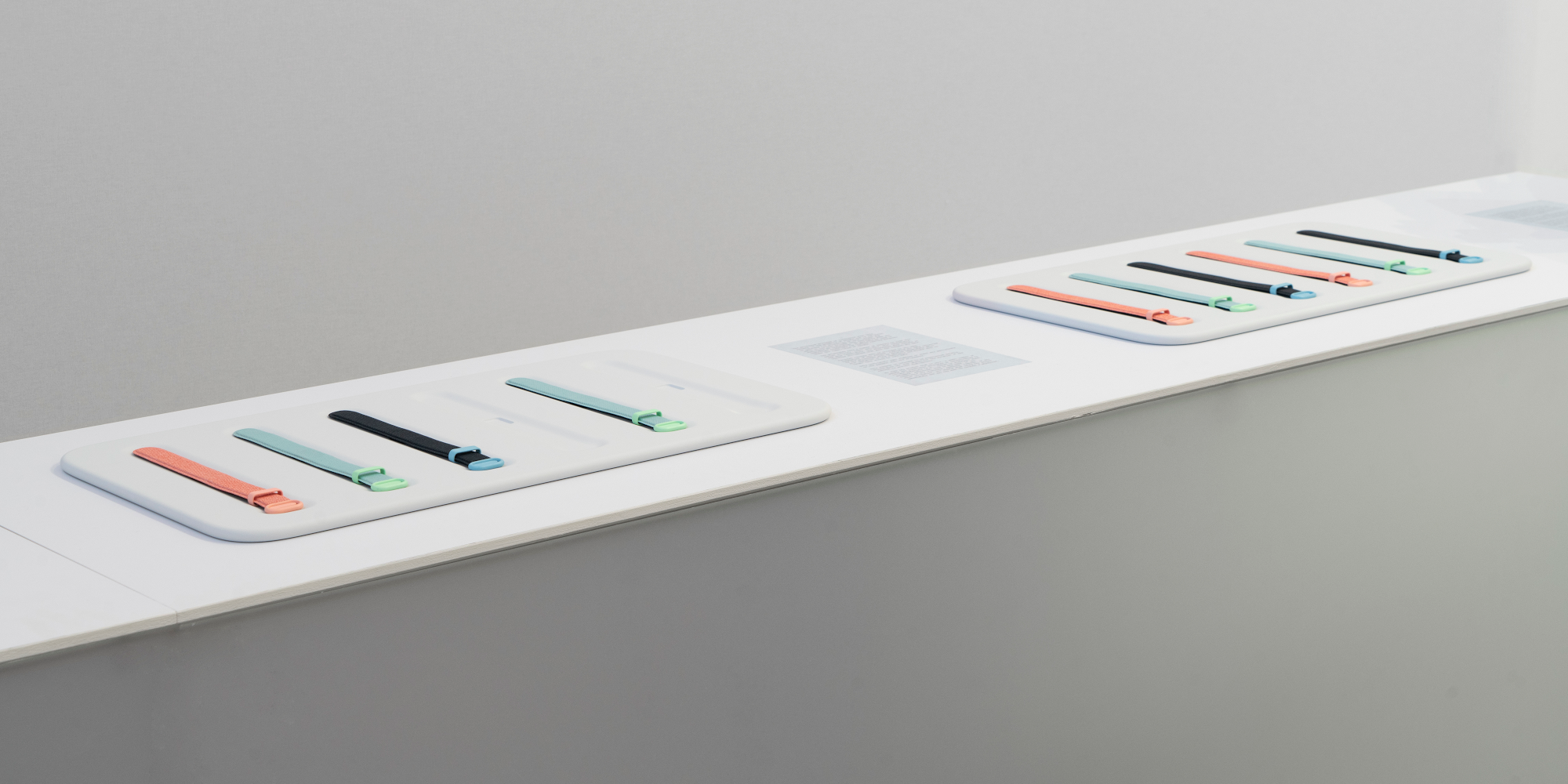 Google’s existing band is simply designed and covered in soft fabric save for the plastic buckle and loop to fasten on your wrist. Judging from an indent in the plastic tray used for simply, there’s a sensor bump at the center of the band as well.

Wristband colors include black with baby blue plastic, aqua with mint, and full coral. Notably, the last two colors can be found on the Google Home Mini, with this product easily fitting into the company’s hardware lineup aesthetic.

There’s no tangible sign yet that this exact band in this exact form will ever be a consumer product, but it is both fun to think about… and potentially a great idea for Google. A Google health band sounds great on paper, it’d be vaguely similar to the company’s past winners, and it’s certainly something I’d buy myself — especially if some kind of AI-powered coach could use the data it provides to improve my health and life.

Hopefully, this — or something like it — is already en route to a release, and if not, maybe it should be.