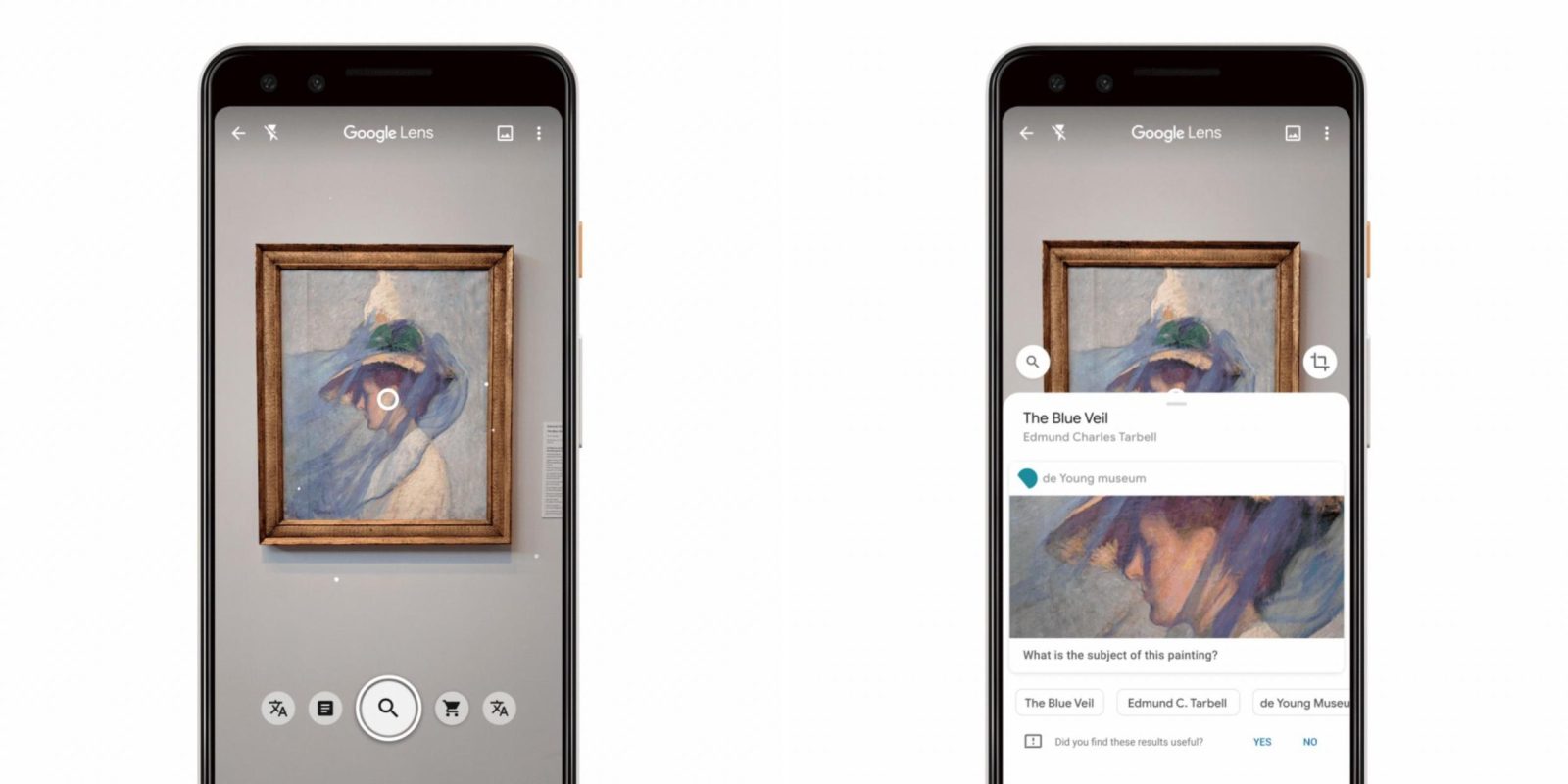 Since I/O 2019, Google has launched a slew of augmented reality features from new Lens capabilities to 3D animals in Search. A previously announced Lens integration with the de Young museum in San Francisco is now also live.

The new Google Lens with filters can recognize artwork exhibited at the museum and surface relevant descriptions from curators. Lens has to be set to the default Auto mode with a dot appearing over identified artwork.

Once tapped, the bottom sheet will note the painting’s name and artist, with a card from de Young featuring a preview and opening an article on the web. This integration was also created with the Google Arts & Culture team.

The museum is additionally leveraging Lens to share videos and other content directly from artists. In the context of art exhibits, augmented reality that’s readily available on smartphones helps replace standalone audio players that museums often use for tours. This is also a more elegant solution for galleries compared to posting paragraphs of text next to a physical piece.

In a new exhibition, Detour, artist Ana Prvački takes you on a tour of the museum, guiding you to specific spots and asking you to rethink parts of the museum visitors many not normally consider, such as the material of the museum’s copper facade. Visitors can trigger Prvački’s short videos on mobile devices via Google Lens at sites throughout the free public spaces of the museum. When you watch the videos, it feels like you’re getting a personal tour from the artist herself.

For Google, this integration is another expansion of Lens’ built-in capabilities and adds another obvious place to use it in the real world. Google is also planning to let users point Lens at print magazines to watch videos that bring articles to life, like recipes.