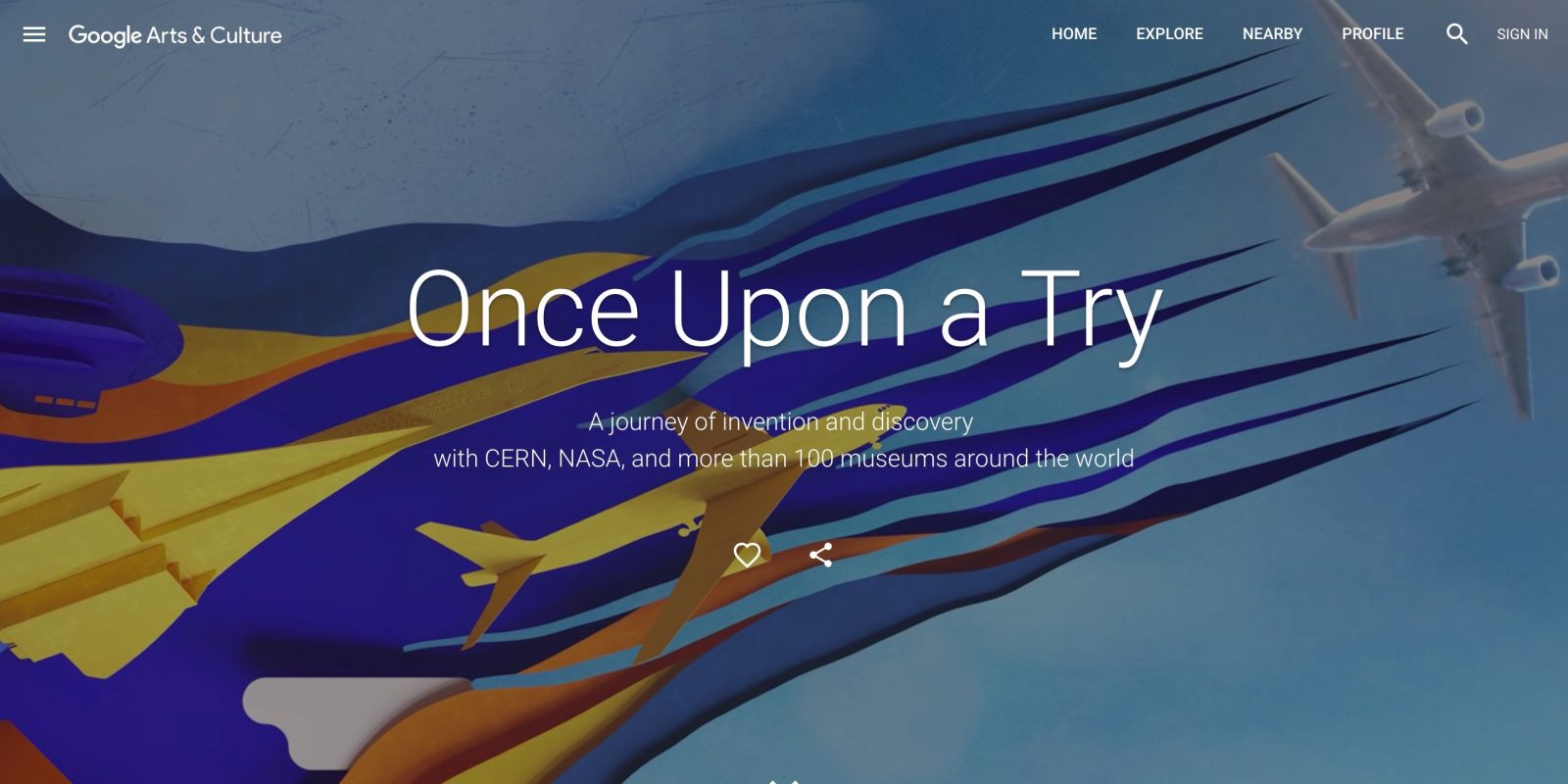 Google Arts & Culture is the company’s initiative to preserve and make art widely accessible through technology. The latest project takes a look at monumental human achievements with the help of 110 museums and institutions from around the world, along with a new AR experience for Android and iOS with CERN.

Once Upon a Try features 400 interactive collections and was created with curators and archivists from 23 countries around the world. Google calls it the “largest online exhibition about inventions and discoveries ever created.” It can be accessed on the web or via the mobile apps.

Within the Once Upon a Try exhibition, you can dive into Street View to tour the sites of great discoveries, from the deep underground of CERN to the high-in-the-sky International Space Station. Zoom into 200,000 artifacts in high definition, like the first map of the Americas and Saturn and its 62 moons. Get the lowdown on big inventions (from emoji to the toilet), or hear five inspirational scientists talk about superpowers—like shapeshifting—that are being created through science. Meet the Einsteins and Curies, or learn more about champions behind the scenes—like Chewang Norphel, the man single-handedly combating climate change with artificial glaciers, or Mary Anning, the pioneering female paleontologist who discovered the pterodactyl.

One of those interactive elements is an augmented reality app created with the European Organization for Nuclear Research (CERN) and narrated by actor Tilda Swinton. Big Bang is available for Android and iOS today.

In the app, you’ll embark on an epic 360-degree journey through the birth and evolution of the universe. With Tilda Swinton as your guide, witness the formation of the very first stars and watch planet Earth take shape in the palm of your hand.