Google Pixel 3a: Some of the best screen protectors available [Video] 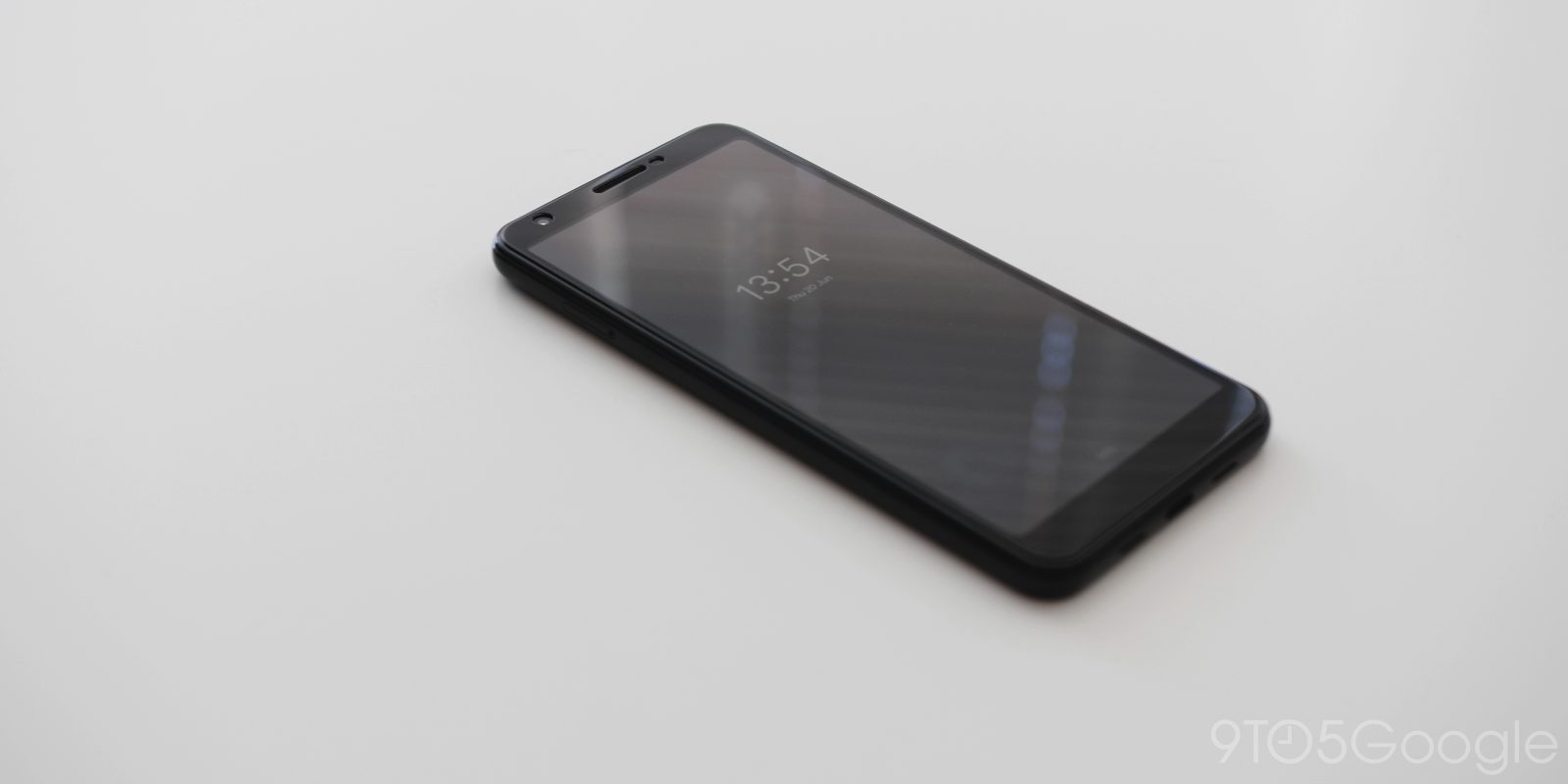 The Pixel 3a and 3a XL are fantastic devices that are an amazing value for what they offer. The cheaper polycarbonate builds and overall design has them feeling much more premium than their initial price-tag suggests. While having a mostly plastic build is great for durability, having the cheaper Dragon Trail glass is not, which is why we’ve shortlisted a few of the best Pixel 3a screen protectors to ensure your display is protected.

Of course, given the relatively affordable pricing, you might not be interested in placing a screen protector on your Pixel 3a, which is absolutely fine. But given that repairs can come to $119 on a $400 smartphone, spending a few extra dollars might be advisable to ensure you don’t end up with an annoying and costly repair.

Not all screen protectors are made and priced equally though. You can get a wealth of $5 options online from sites like Amazon and eBay but often they can be brittle, poorly machined, and feel terrible in usage. That isn’t great when you are interacting with your display on a day-to-day basis. Paying that little bit extra is initially painful but, believe me, it’s worth it for a better quality fit, finish, and feel. Like the saying goes: “buy cheap, buy twice.”

That said, we’ve collated a list of the best tempered glass screen protectors for your Pixel 3a and 3a XL at three distinct price points from the high-end to the super affordable. 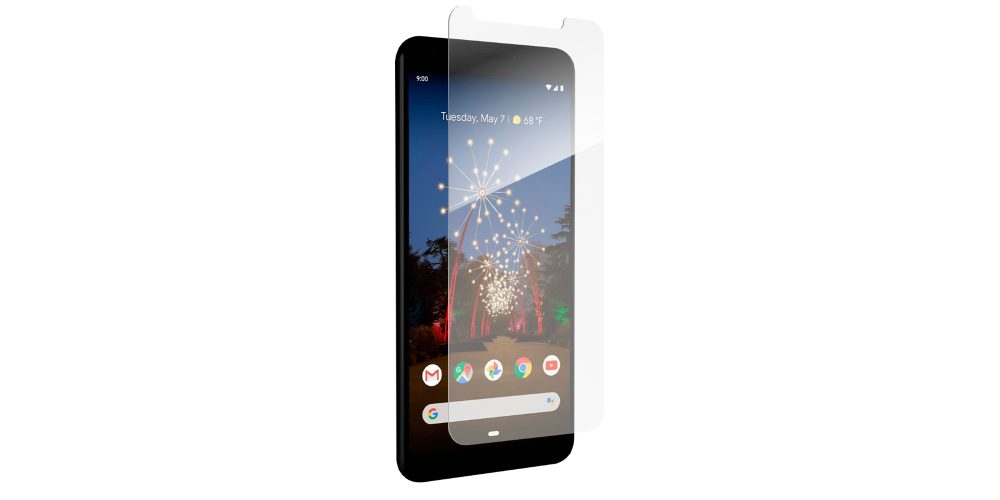 A prime example of clear tempered glass screen protectors and one of the market leaders in this kind of smartphone accessory, the Zagg InvisibleShield is simply superb and worth every penny. They claim to be up to four times stronger than traditional tempered glass, which is ideal for the Pixel 3a and its slightly less durable Dragon Trail glass.

At $40 the Zagg InvisibleShield is the most expensive option on our entire list of tempered glass screen protectors for the Pixel 3a and 3a XL. That said, they offer the most complete protection and come with a solid industry reputation to back up that pricing.

You are provided with a frame to fit the InvisibleShield and let me say, it’s is glorious. No misfires or issues, you just plonk it down and it lines up perfectly every time. I will also say I prefer this admittedly basic method than some of the other premium models with UV lights and frames. The eventual fit is as good as and feels great on the device. 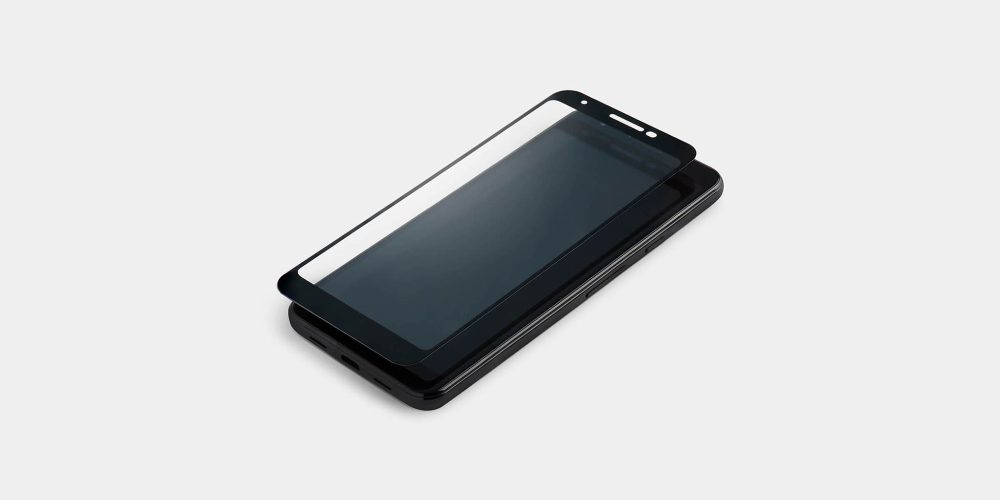 Unlike the Zagg tempered glass, Totallee has opted for a more aesthetically accurate option, that has black borders along the edges, forehead and chin. Now personally I do prefer a fully clear screen protector but I have used this style on other devices in the past. It does allow you to line up with your display that bit better than a totally clear option would — provided it comes without any sort of guide or frame.

Once on, the fit is great and I would have to say that the Totallee tempered glass actually feels better than the display. Considering they cost $25 for the 3a and 3a XL you might be wondering why you would spend that much on a screen protector. Well, you get a 2-year warranty and 30-day money back guarantee should you not be satisfied.

As you’d expect it plays beautifully with the Totallee clear cases that we’ve featured before. It also fits perfectly with almost every single case I’ve tried with the Pixel 3a — another massive bonus. 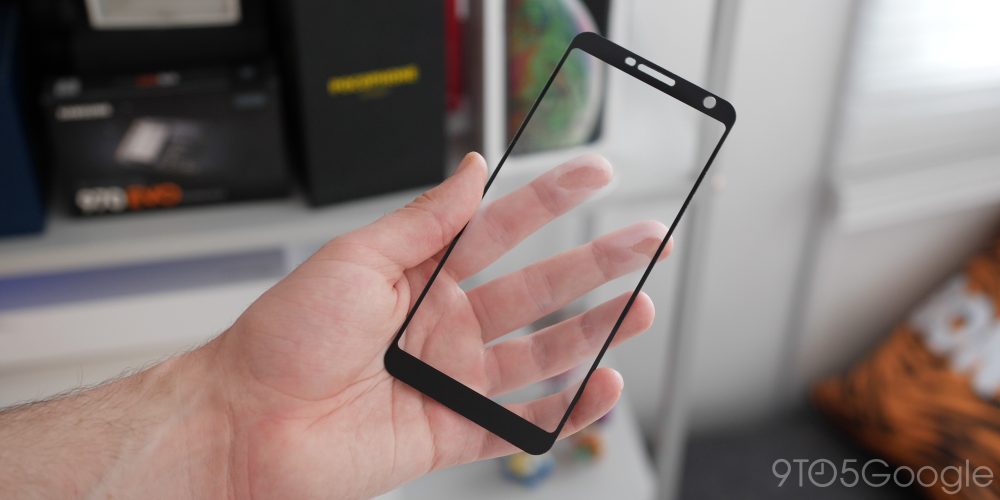 This is my favorite screen protector for the Google Pixel 3a XL, mainly as you get three protectors for under $10 for the Pixel 3a and XL. I picked a pack of these up to protect my Pixel 3a XL hoping they would protect the screen until I could get a more “premium” option. Well, it turns out that they are just as good as a so-called “premium” tempered glass screen protector.

I will say that the ‘feel’ of the Ferilinso tempered glass is not quite up to the level of the Totallee and Zagg options, they also have a black border to help you line them up with the rest of the display. There are cutouts for all the sensors and speakers, giving you pretty complete protection should you drop your device onto the display.

Using the cutouts will help you line up the screen protector that bit easier, so my advice would be to place from this end first for a much better fit. It means that you don’t encroach upon the edges of the display as much with those black edges either.