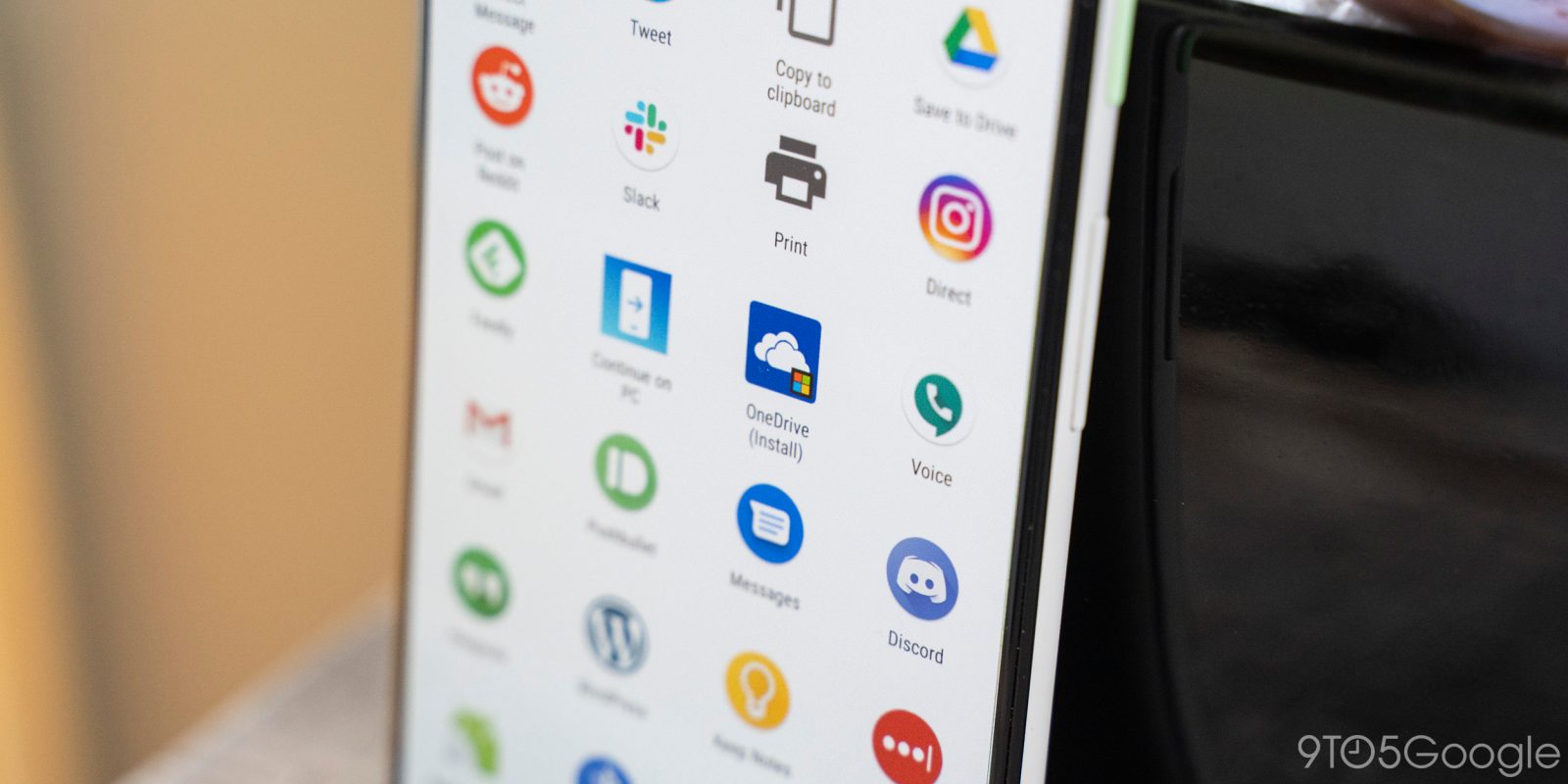 Microsoft has done a lot on Android in recent years, and last week many were excited when the company launched its Your Phone Companion app for mirroring notifications on a Windows 10 PC. However, that’s had an unfortunate side effect that sees Microsoft inserting ads in Android’s share menus for its various other apps.

Through some sneaky methods on its various apps, Your Phone Companion being just one of those affected, Microsoft is taking advantage of two parts of the Android operating system to advertise its other applications. Firstly, this includes the share menu.

When sharing almost anything on your Android device, you’ll see a large list of potential targets. If you have some of Microsoft’s apps installed, the company will insert functions from other apps that you don’t have installed. For example, when sharing a link or image, Microsoft inserts OneDrive into the Android share menu. Tapping that option, however, will bring you to the Google Play Store to download the app. This is noted by the “Install” text in parentheses below the name of the app.

Further adding to this behavior with the share menu is how Microsoft is taking advantage of the “open with” menu on Android. When trying to open a file such as a .docx or .pptx, Microsoft includes a prompt to download its PowerPoint, Word, Excel, and other Office apps. Arguably, this isn’t as aggressive as the tactic in the share menu, as it could actually be useful.

Android Police points out a few bits of information regarding this advertising tactic too. For one thing, it’s not particularly new, as Microsoft has been doing this with its apps for at least a few months. The Your Phone Companion app also seems to be the biggest offender, as Microsoft Word, for example, doesn’t trigger OneDrive ads in the share menu. The tactic also seems to be handicapped on Android Q, as changes to the share menu reveal the app which is showing these ads.

Hopefully, this shady advertising tactic is something that other app developers don’t pick up, as it would clutter the share menu even further.