Over the past couple of years, Google has made a lot of changes to permissions and APIs in Android for a variety of reasons. Back in Android Pie, the company started throttling apps that performed Wi-Fi scanning, but in Android Q, the company is slightly walking back that change.

In case you’re not aware of the situation, Android Police put together an excellent overview of what’s going on earlier this week. The summary is that in Android Pie, Google limited the number of times that an app could perform a Wi-Fi scan in order to improve network performance and also battery life. Anything that wasn’t a system app couldn’t scan more than 4 times in a 2 minute period and, if running in the background, it would only be allowed a single scan per hour.

Developers have been complaining about this change since it was first implemented because it can cripple some applications. Indoor navigation and signal strength measurement apps are just a couple of examples of those affected.

In a comment on one of the issue trackers relating to the Wi-Fi scan throttling, Google has mentioned that Android Q Beta 5 will introduce a toggle for turning off this throttling entirely. This won’t be a directly user-facing option but rather placed within the developer options of Android.

Previously, this option was only going to be available with root access. Based on the wording, it seems likely that the option will be available in the final Q release and for the foreseeable future as well.

A new developer option to toggle scan throttling off will be available from Q Beta 5 onwards.

Update: 7/10: As promised, Google has delivered this toggle in the latest Android Q Beta released today. Within the developer options, you’ll now find a setting titled “Wi-Fi scan throttling” which is turned on by default. Tapping on that toggle will then disable the functionality, which should in turn solve issues with apps as mentioned above. 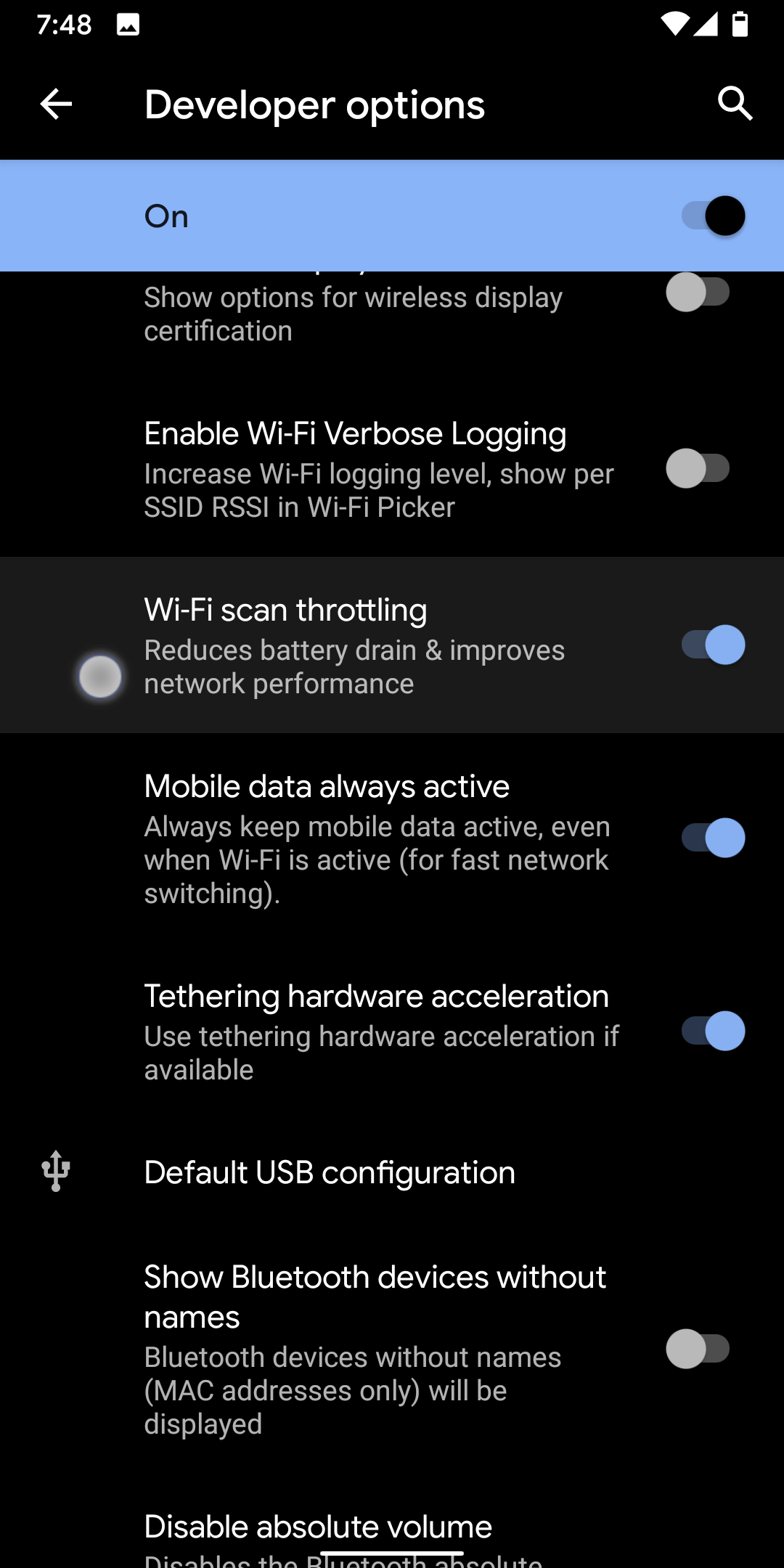