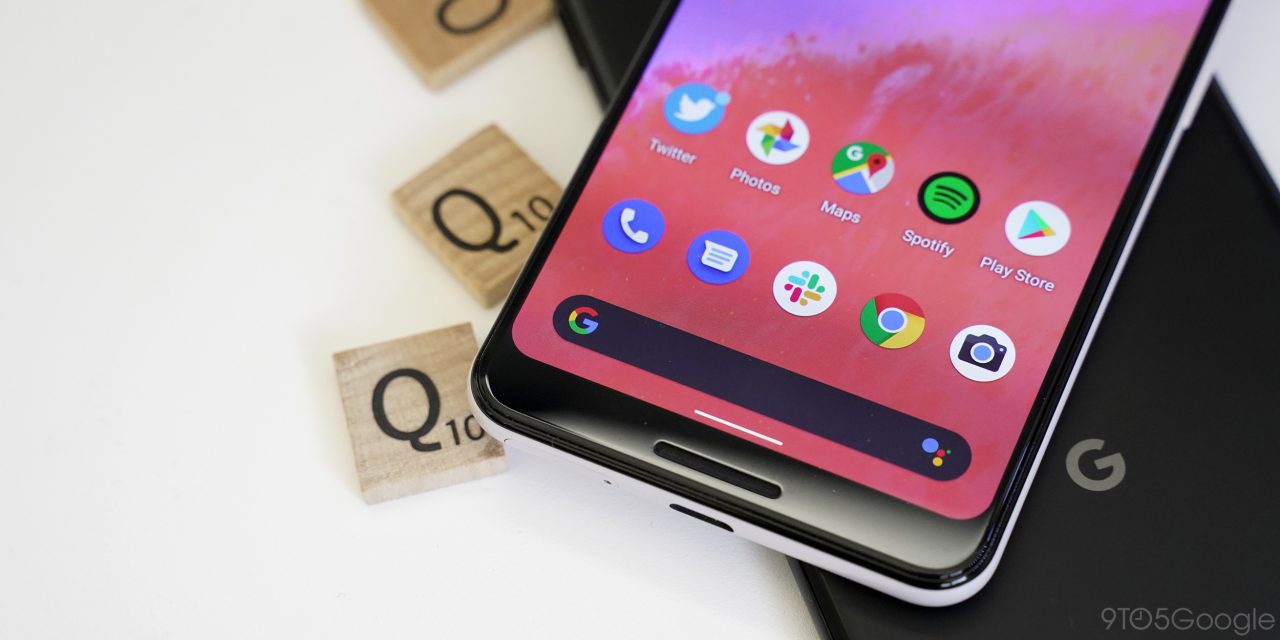 With Android Q Beta 5 today, Google is very close to finalizing the next major version of its mobile operating system. This is the first “release candidate for testing” and makes several updates to gestural navigation.

Beta 5 follows the final APIs (level 29) and SDK being made available last month. Developers testing apps and end users can expect an experience “very close to the system behaviors that you’ll see in the final consumer release.”

One big focus for Android Q Beta 5 is tweaking gestural navigation. The new return gesture frequently conflicts with app drawers and a new “peek” behavior helps mitigate that. Users first tap on the screen’s edge and can then swipe to open the nav drawer.

Meanwhile, Assistant can officially be launched by swiping diagonally from the bottom-left or right corners. Android Q is adding white “handles” that serve as visual hints, and will be further tuned over time.

Google also provided future guidance on custom launchers and instability with gestural navigation, especially in Recents. With Beta 6 later this quarter, Android will by default switch users back to 3-button nav when a third-party launcher is in use. A “post-launch update” will let non-first-party apps use Q’s new nav system.

Beta 5 is build QPP5.190530.014 and includes the July security patch. Users can submit bugs through the Android Beta Feedback app, the Reddit community, or the issue tracker. One more release is scheduled before the public launch in Q3 2019.

Google is also hosting a Reddit AMA on r/androiddev for technical questions related to Android Q later this month. More details will be available in the coming weeks.

Android Q Beta 5 system images are available for the Pixel, Pixel XL, Pixel 2, Pixel 2 XL, Pixel 3, and Pixel 3 XL, as well as the Pixel 3a and 3a XL. Users can also install as an OTA by manual download or the Android Beta program.